Indie developer Enigma have been working away at getting their indie action-RPG Shiness: The Lightning Kingdom out to the public. Set in the magical and thoroughly realized world of Mahera, Shiness follows the tale of a talented young martial artist named Chado and his friends. As is commonplace in fantasy worlds like this, the fragmented Mahera hosts a power struggle between different Kingdoms and Chado seeks to resolve the dispute with the aid of the Shiness — a magical entity only he can see. Shiness is a colorful, cel-shaded JRPG-inspired adventure with open areas and real-time combo-heavy combat. Fortunately, this sweeping indie RPG was playable at E3 with developers from Enigma who were happy to talk about it.

The section of the game playable at E3 featured the very beginning of Chado’s adventure, landing the main protagonist in front of his crashed airship. Most of Shiness seems to feature exploring and getting familiar with its environments. There are secrets and loot hidden through the zones, as well as NPCs and hidden areas. Different party members have different abilities they can use when outside battle to solve progression puzzles. Chado, for example, can summon and throw weighty stones for pressure buttons and to destroy weak walls. Finding the way forward and solving the puzzles on the way there is largely up to the player. In between the adventuring and progression puzzles are action game-style battles. The battle system initiates either when the player attacks – or is attacked by – an enemy. The real meat, as with most fun JRPGs, comes in the battle system. 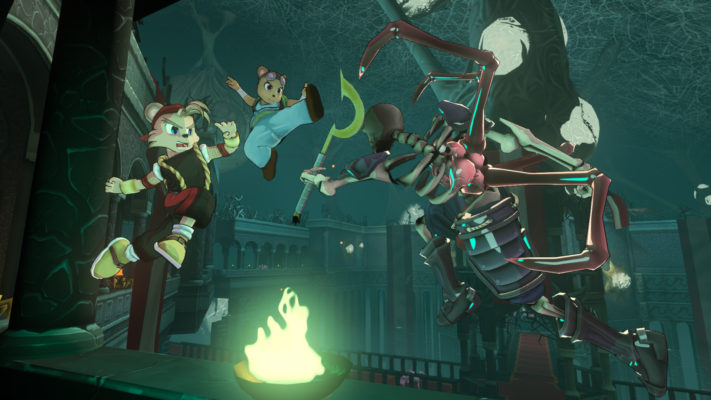 At the most basic level, every playable character is a martial artist. Using Chado as a reference, players can unleash a series of punches and kicks, a charge attack, blocks, dodges, and a parry. Advanced play involves nailing the surprisingly tight timing of the parry to get past enemy defenses. Likewise, guarding at the exact moment will initiate a perfect guard which incurs no damage. With enough skill, it is even possible to get through the game without really taking damage at all. Battles are always one-on-one, but fighting multiple enemies could mean they’ll tag out between themselves to switch it up mid-fight. Of course, the player can do this too and switch between party members. But since enemies could jump in from even outside combat, knowing when to pick fights can become pretty important. The battle arena has a barrier around it that changes between four elemental colors over time. Depending on the colors of the barrier, certain magical attacks will be more effective. So if the barrier turns blue, water spells gain effectiveness. Speaking of spells, each character has access to different elements of magic but each character has more polarized magical talent leaning towards a specific element. Each element has its own gauge of MP which will deplete when a spell of that element is used. As such, a secondary significance of the barrier color is that they accelerate MP regeneration for a specific element of corresponding color. After a battle, the player receives a letter grade which determines the loot rewarded from the fight. For maximum battle spoils, players will want to sneak up to an enemy and get the jump on them first. Every battle mechanic has been given its own amount of love, so there is a dungeon which features a special reward for people who get through it just by sneaking.

Character progression in Shiness includes a sort of job system. Each character has their own kind of gear and have access to their own set of fighting styles. Equipping a style gives that character access to new combos. Outside of spells, each character truly comes into their own thanks to their varying combos. Using a style for long enough will give that character permanent access to that style’s combos. Of course, leveling up gives passive stat boosts as well. Each character has four unlockable combos and there are 28 spells that anyone can use. But each character has a natural affinity for an element, and likewise, using an certain element of magic consistently will boost a character’s affinity and effectiveness towards that element. In situations where players have access to a full, leveled-up party, they may be inclined to cast a buff with one character with higher water affinity and then switch to another character they’re more comfortable fighting with to reap the benefits of the buff spell. Since fights are one-on-one, there is also a tactics system for setting up AI behaviors for party members on the sidelines during a fight. Despite the one-on-one, beat’em-up style of combat, Shiness looks like it incorporates some strategic integration for a multi-faceted party. The punching and kicking only gets more complicated as well. As enemies get more agile and powerful over the course of the game, so too do the characters gain access to different abilities which aid their maneuverability and effectiveness in combat. 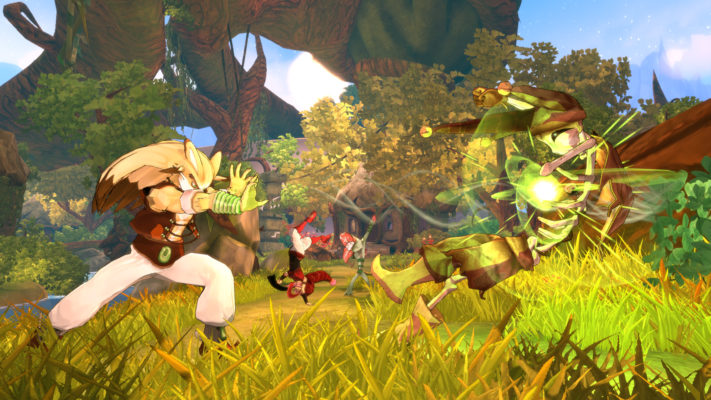 When exploring the open areas in the game, players can come across different doors that only open if the player has a character with high enough affinity toward a certain element. With a crafting system set up and a performance-based drop system, players can also gain rare loot by taking on side quests. Despite its size and explorable areas, Shiness will avoid fetch quests for fewer, but deeper, open-ended, story-driven side quests which will yield loot, gear, and experience. More interestingly, side quests with multiple endings can also play a role in determining which of the game’s two endings the player will see upon completion. The two game endings themselves will differ from each other in the manner that they effect the game world and not necessarily in their moral leanings. The game’s plot and world is a point of particular interest from Enigma. The in-game world of Mahera has its own language called Maherian. It’s a full language that was crafted by two on-staff linguists at Enigma who created Maherian out of a mix of French, Japanese, African and more. Now whereas there isn’t exactly a dictionary of the in-game language, there are parts of the game that offer players a chance to learn a little Maherian for future use. Players who gain a familiarity with Maherian will recognize ideas and words in the game world or in dialogue, and can even gain an edge in future game encounters and situations. On top of that, Shiness also has a manga-style comic that accompanies the game’s events. While it does not talk about the game’s plot, people who take time to read into the comic can gain further insight on the game’s story and even the locations of secrets. 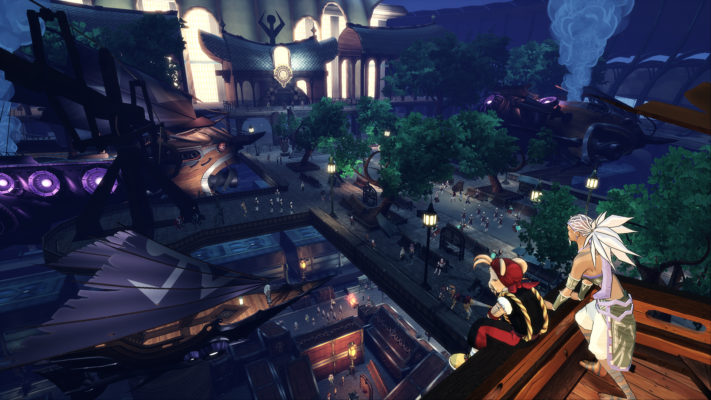 Shiness: The Lightning Kingdom plays like a fast-paced action-RPG with reactive combat and an attention to skill. The quick movement, combo-friendly attacks and simple controls make it a pleasant experience to jump into. There is plenty to do in Shiness and Enigma seem to have crafted Mahera into an immersive and expansive world. While it does not quite match up visually with bigger budget games, Shiness‘ aesthetics and animations don’t lack in charm. Regardless, those who supported it on Kickstarter, or have simply followed its development, are sure to find something to enjoy about Shiness when it launches this Fall for PlayStation 4, PC, Mac and Linux.