Bullets whiz by seemingly coming from every direction, poking one’s head out of cover is the quickest way to the grave, the commander is yelling something, but it’s hard to tell what. It’s impossible to figure out where enemy fire is coming from and one can only hope the rest of their squad is with them. Planes rip the sky apart overhead screaming in the distance. Breaching a building, a moment of quite hits, but it’s only a mutated quite that comes from the walls which are safe…for now, a mortar could blow one away at any second. The bridge that you’re steadily making your way towards is now within view — will you make it? It’svonly about one hundred yards, but vicious metal mixed with fire awaits as soon as you even try and make a move. Welcome to Call of Duty: WWII.

Call of Duty: WWII seems to be aiming to do many things at once. It wants to bring WWII to a new generation (it has been twenty years since Saving Private Ryan), it wants to be historically accurate but without sacrificing any of the action. It wants to reflect impact on the importance of livelihood in the everyday men/women involved in WWII. It wants to appease its multiplayer fan base while also bringing them something new. Focusing on so many targets at once though only serves one purpose, losing sight of what you should be aiming at. 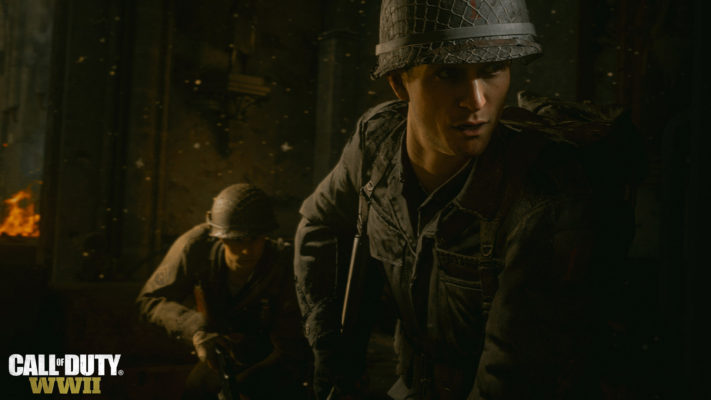 “Honoring those who fought in WWII,” this is a statement made a few times in our time with Call of Duty WWII, but it’s not hitting…at the moment. For a game about Axis vs Allies, the lack of Axis is apparent. World War II was about ideologies clashing together. People saying, “I believe these things and what you believe is wrong” and so much more. That’s not to praise that line of thought. What it does show is a lack of understanding that the Nazi’s were not good, they were quite bad. Evil, to say the least. Fighting as the Allies against these ideologies or even taking on the role of the Axis is extremely important when approaching this subject matter.

Using the single player campaign as the sole platform to represent a historically accurate war, is certainly appropriate. As Sledgehammer Games announced in April, players will follow a single squad of the 1st Infantry Division. Players will also see a cast of characters of a multinational level, this is a world war after all. This will include participating with troops from the British forces to the French female resistance fighters. How much historical context they are given though remains to be seen. Sledgehammer Games and Activision have confirmed to us that Nazi imagery will be very prominent throughout the campaign, with a strong emphasis on authenticity, but due to legal restrictions in a number of countries, the multiplayer component will not feature specific symbols. 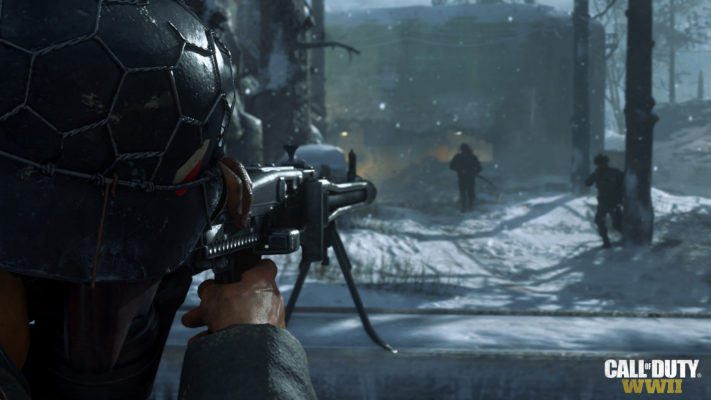 The scantiness of representation in multiplayer will be disappointing, but it’s understandable considering the circumstances. Speaking of which, Call of Duty: WWII is bringing many changes to multiplayer. Divisions are one of these new features. CODWWII hoping to bring players closer than ever to getting firsthand experience in enlisting during this time of world upheaval. Players will be able to join three branches of playstyle in Divisions with; air, armor and infantry. Each distinctly different. Call of Duty WWII also introduces Headquarters (the tower from Destiny) which will be set up on the beach of Normandy, there players will be able to interact and show off the swag they’ve earned either as the Allies or Axis. Both having their home bases represented on different parts of the beach head. With these two new additions Call of Duty WWII aims to bring squad based play to life, instead of the “lone wolf” mentality they’ve seen in the past. With objectives like taking bridges, storming strongholds or taking out specific targets, players will have to work together to succeed. Injecting a sense of purpose to multiplayer like Call of Duty has never seen before.

Of course, what modern Call of Duty game would be complete without Zombies? Well, Sledgehammer made sure to make that too, this being Sledgehammer Games first iteration of Zombies. Even this will have that Sledgehammer touch, stating that the Zombie mode players can except from Call of Duty WWII is more like Dead Space meets Zombies than anything else. That makes perfect sense coming from Sledgehammer with two industry vets behind the wheel — Glen Schofield and Michael Condrey being the creators of Dead Space. 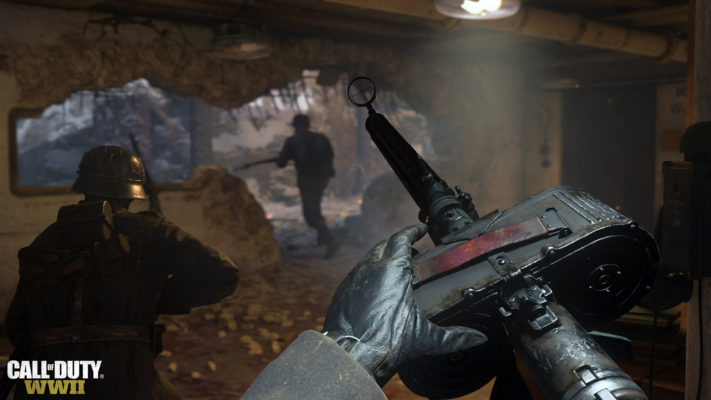 Call of Duty WWII is making sure everyone knows “back to the roots” and “boots on the ground” is what can be expected. The guns might be realistic, the places might be on the map but creating a believable drama in a war game is a hefty bill to fit. Battlefield 1 tried it last year, I had some things to say about that. Now it’s Call of Duty’s turn, hopefully it won’t leave out the importance of just why the world was at war. See for yourself on the E3 show floor where three different modes of play will be available. If not at E3 more news is on the way, November isn’t that far off.