There’s no doubt that first person exploration genre (sometimes referred to as “walking simulators”) continues to increase in popularity. One of the biggest things they have in common is that character control is simple. As such, players are not given much of any challenge as they simply sit back and enjoy the story as it unfolds. Sure, this results in many excellent games, but it is not the one way to make a narrative-focused title. Outreach attempts to do something different.

Outreach is a piece of historical fiction set in the 1980s. Players assume the role of a Soviet cosmonaut on a simple mission to uncover why the crew aboard a space station have stopped responding to HQ. As you jump in, it’s quickly discovered that the task will be much harder than it seems, as not only is the station in serious disrepair but the crew is nowhere to be found. Fortunately, you’ve got someone funneling commands to help along the way with missions to keep you on task. 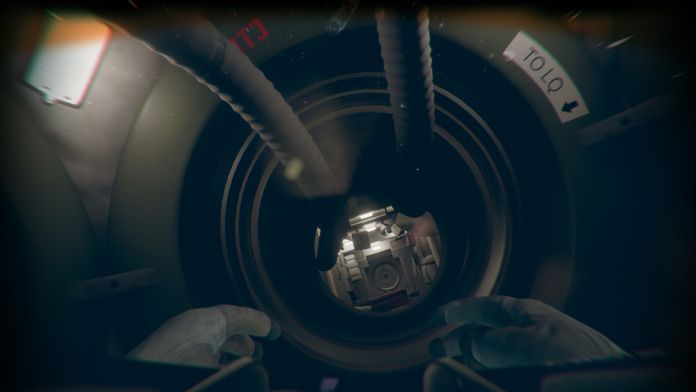 Because it is set in space, Outreach’s controls are not as simple as pushing an analog stick to walk. The cosmonaut must propel himself through zero gravity, which leads to a very bumpy experience initially. Expect to have our poor protagonist bump into walls, computer monitors and more before finally getting a good grasp on the controls. Rather than rushing from location to location, you’ll really want to feather the controls to keep him from spiraling everywhere and into everything. With that said, the controls are not so challenging that they impede enjoyment of the storyline.

Then there’s the matter of dread, and occasionally outright terror, which permeates the experience. This is done without the need of an ever-present alien or ghost trapped aboard with you. Instead, it seems to relate more to the potential horror of space itself. For example, at points you may need to exit the space station entirely to find another entry way to a blocked area. As a result, you end up jumping and clinging to rails on the side of the station – and for added dramatic effect – you have no tether. These moments cause players to tense up and desperately seek shelter away from the impossibly vast (and deadly) space surrounding you. 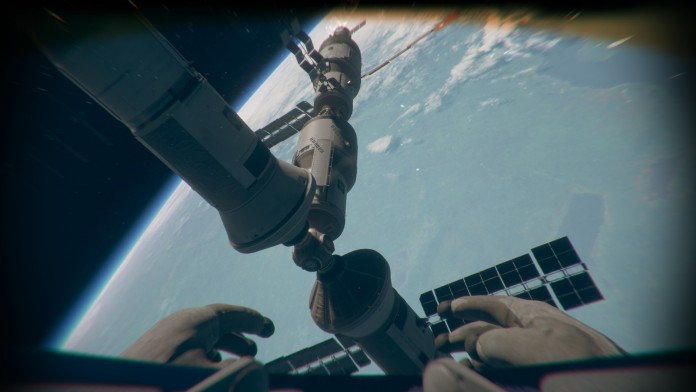 In many ways Outreach is doing something different from other narrative titles set in and around space. For one, it shows us the Cold War from a different perspective. Instead of offering us simple depictions of Russians as a cookie cutter bad guy, we see them just as people seeking to solve a mystery – and the unraveling of a conspiracy. Aside from the fictive and sci-fi elements, the game also brings with it a heavy dose of realism. Items within the ship are modeled after actual devices from the period. Other authentic touches include the option to use full Russian voice acting. Finally, the soundtrack was composed on an actual Soviet synthesizer for added effect.

If you’re into the concepts underlying this game then keep an eye out as Outreach isn’t that far away. Right now the developer is targeting a Fall 2017 release for their floating simulator. We hope and expect it to offer a strong sci-fi narrative which keeps players intrigued from beginning to end.