When Rebellion announced that they were going to remaster 2006’s Rogue Trooper, a common question across social media was: why? To paraphrase Rebellion themselves, the answer is “because we want to and we can.” Being an independent studio, they have the freedom to make decisions like this. Rogue Trooper is one of their favorite works from their history, a game that earned a cult following both for the comic book license from 2000AD and the fact that it was one of the first third person cover based shooters to hit the market (Namco’s Kill.Switch would be the first of the genre as we understand it). Having not played the original, I didn’t know what to expect. Having played the opening portion, I can say that I now understand their decision.

Rogue Trooper Redux is a straight remastering of the original title, so veterans of the game will know what this is all about. It casts players as the titular Rogue Trooper, a genetically engineered soldier with blue skin that fights for the Southers against the evil Norts. Dropping from orbit, the trooper and his squad quickly discover that they have been tricked into a dirty Nort trap. The team hits the dirt and begins taking Nort emplacements and lives. Lamentably, Rogue’s squad mates have the survivability of a fruit fly that has an addiction to electricity. However, each of these soldiers have a chip that stores their personality, allowing Roguey to cut them out and implant them in his equipment, bolstering his combat abilities. For example, installing one fallen buddy allows a sniper rifle function and vocal commentary from the gun about the skills of the protagonist. 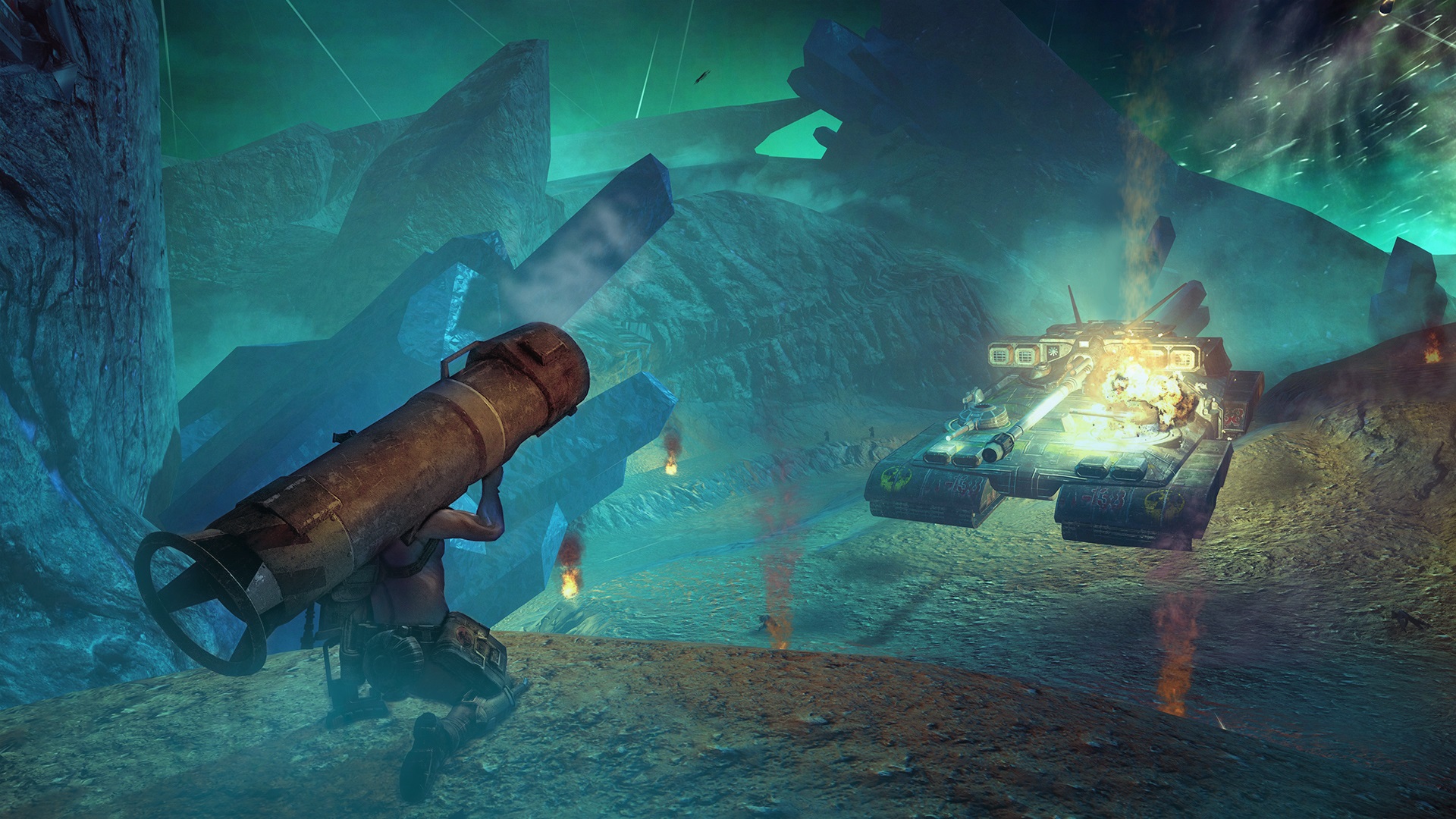 When starting up the game, the player would be hard pressed to say that it look “remastered.” Frankly, the texturing resolution looks like an old PS2 and Xbox game. I was a bit worried. It turns out that this is because the cutscenes haven’t seen the same work as the game proper. After the introductory videos ended, though, the graphical updates became clear. The improved character models and environments are shinier and crisper, with an obvious bump to the sharpness and detail. It’s not something that’s going to top Star Wars: Battlefront II or Sony’s God of War in wow factor, but it does look like a current generation title.

In play, the battles are pretty fun. While there was an occasional issue getting the super-duper-Trooper to duck behind cover, it worked fine. I never even came close to losing a life for this issue. There were plenty of opportunities for flanking and outwitting the enemies, as well as set pieces such as defend a gun emplacement or using a mortar to blow the guns off of a tank. Headshots are easily pulled off, and suppressing the Norts works wonderfully. 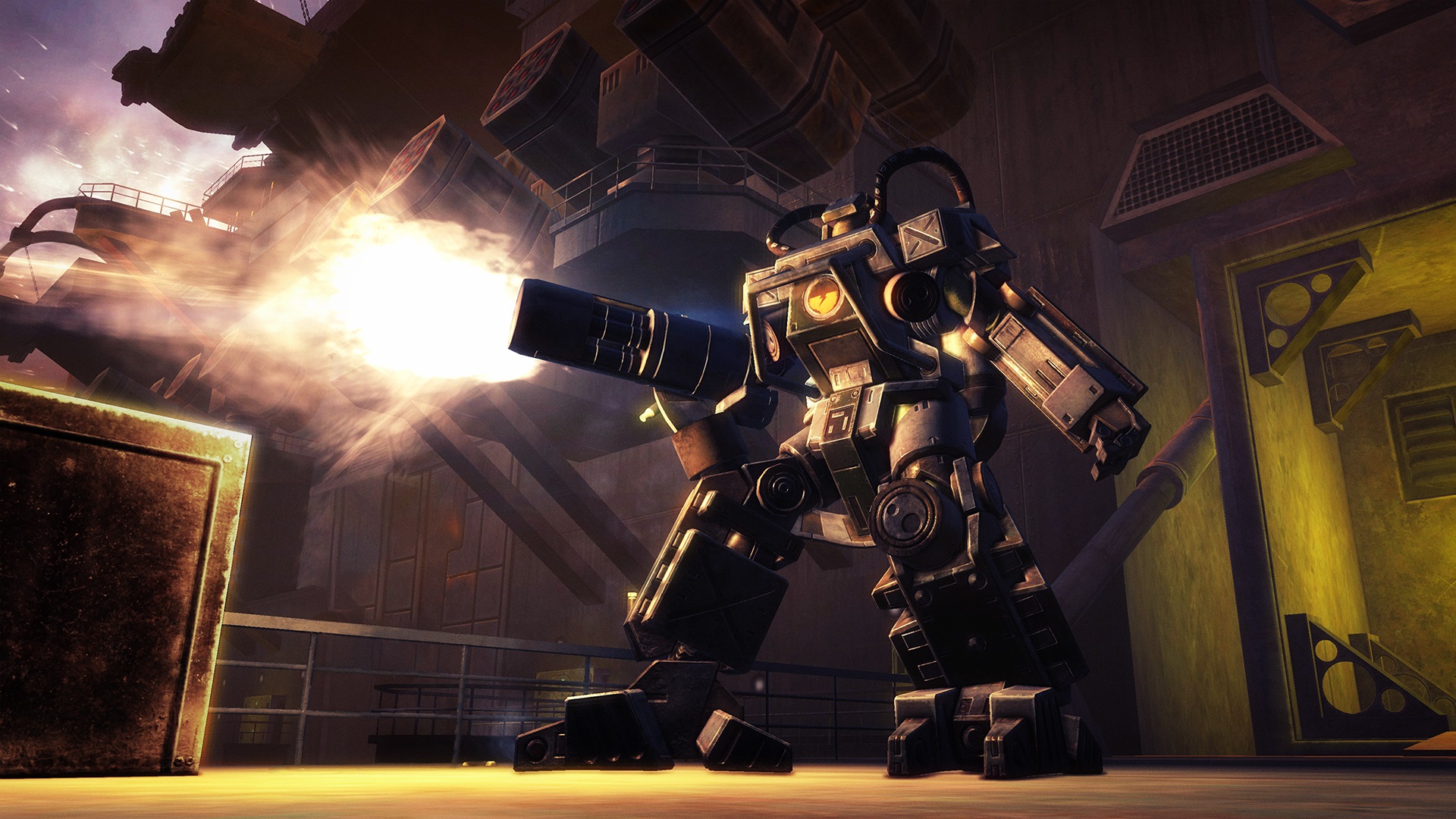 After my twenty minutes with Rogue Trooper Redux, I cannot say that this is a title that’s going to win any awards. The voice acting is hammier than an Easter dinner, and combat, while fun, retains issues that have been solved since the game’s original release. Yet it still manages to be entertaining. Based solely on what I have played, it seems that this re-release will serve as a history lesson for the genre as well as a darn fine distraction to enjoy between larger releases. Rebellion might have decided to do this because they wanted to, but I’m glad they did. I would never have tried this if they didn’t, and I want to see the entire campaign when it releases for PC, PlayStation 4, Xbox One and Switch later this year.