E3 2018 was a big moment for Kingdom Hearts fans. They got two new trailers that revealed two new worlds (Frozen and Pirates of the Caribbean), a finalized release date and the game was shown publicly for the first time. It was indeed an excellent moment for fans, but has the long wait for Kingdom Hearts III been worth it? We went hands-on with the game at the show to see if that decade of waiting has resulted in a top-notch experience.

The demo encompassed two of the worlds players will visit during the game. Toy Story’s ‘Toy Box’ world and Olympus Coliseum, a returning classic from previous games. Both provided interesting looks at how gameplay has evolved from the earlier games. 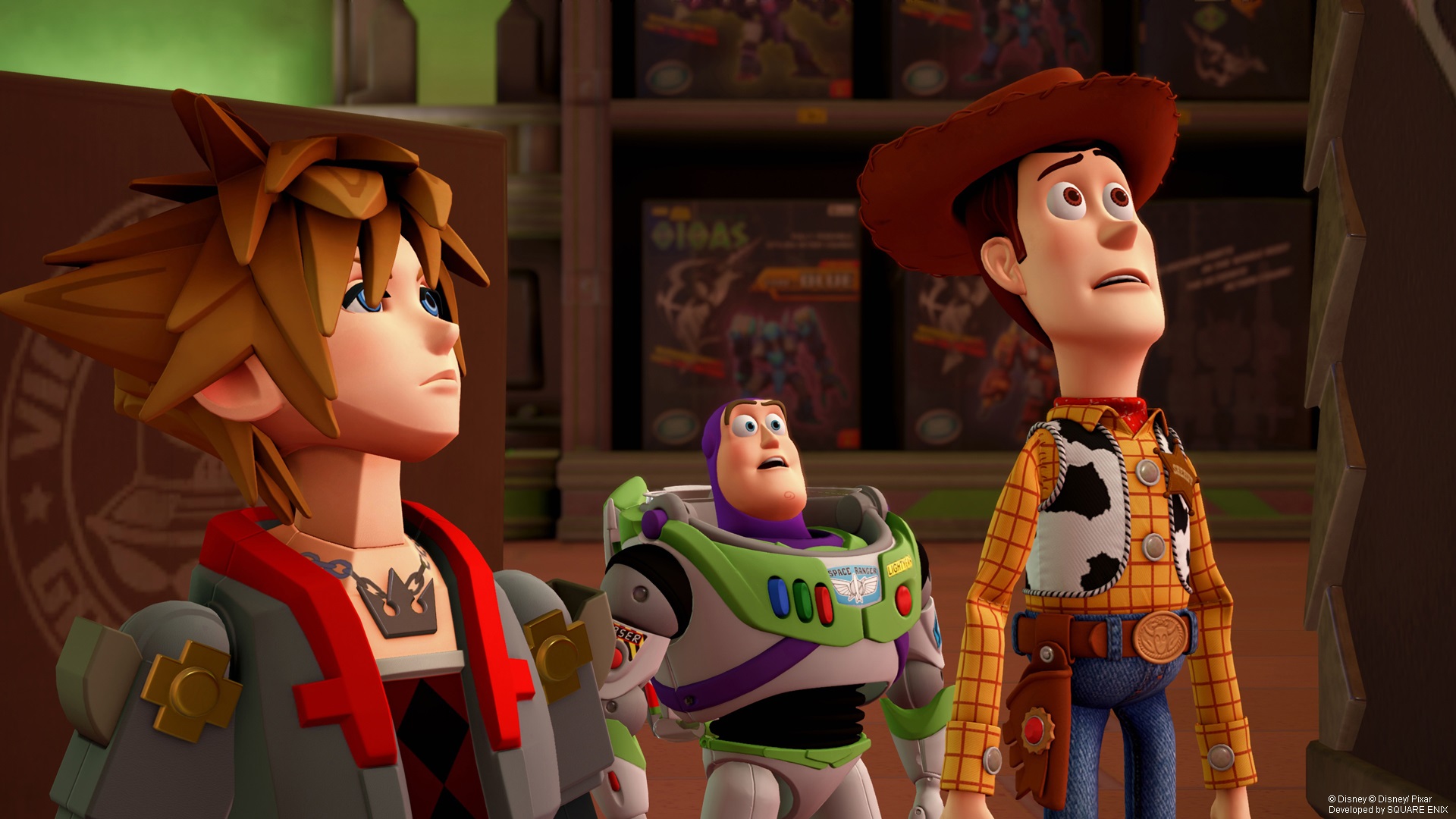 Toy Box gave players the chance to explore a massive level. While different areas of the world are still splintered off, each area is vastly more extensive than any area from previous games. Andy’s Room, driveway, and street are all explorable within a single space. There are still plenty of Heartless to fight, and fans will immediately notice many of the game’s changes to combat.

Fans will also be happy to hear that Sora can now switch between different keyblades while in battle. As each keyblade has a unique transformation, building up a collection of stellar blades is essential. This is a definite improvement over past games where keyblades became useless immediately after unlocking one with better stats. 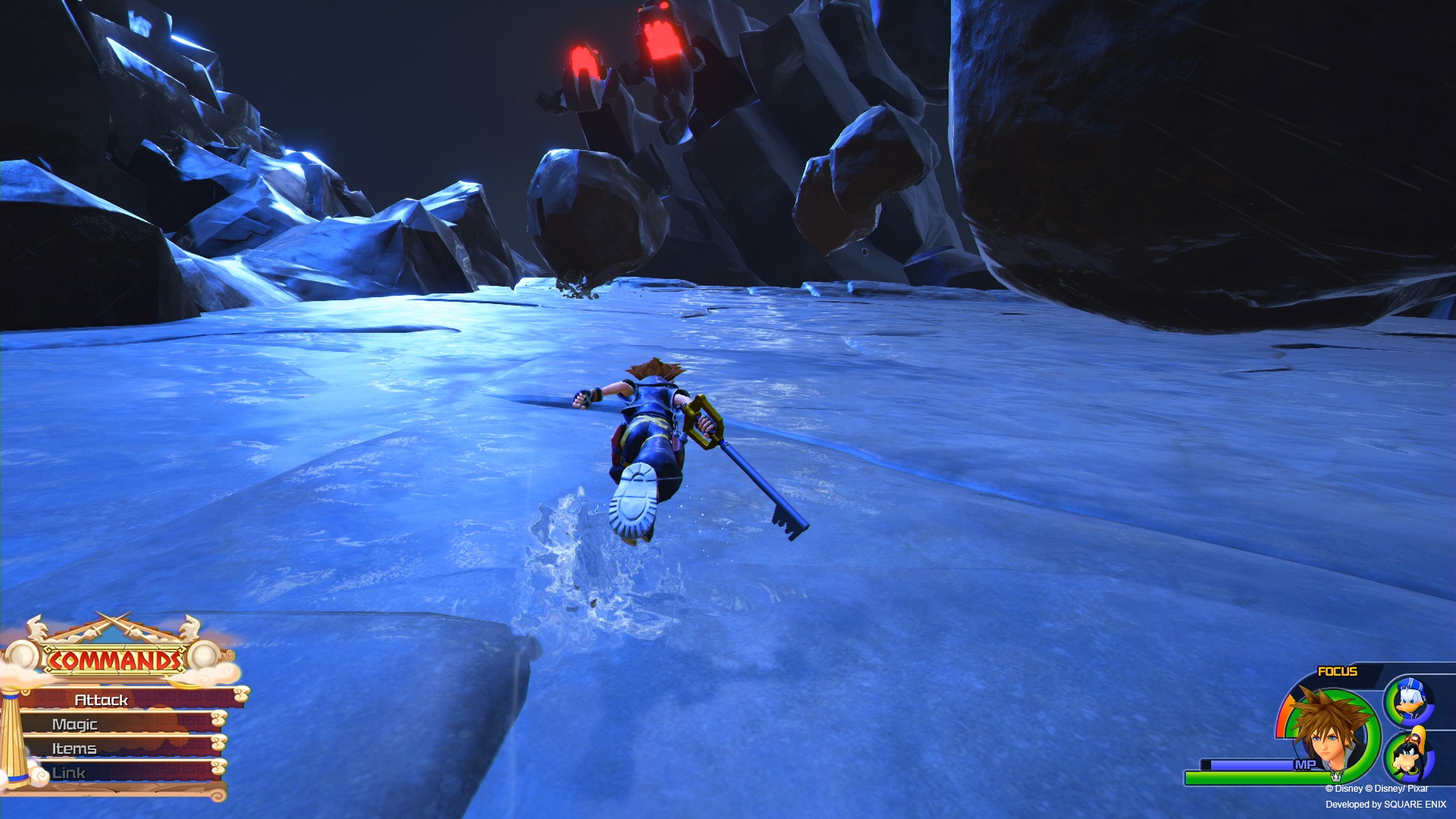 The Olympus Coliseum level took place towards the opening of the game with Sora wearing his Kingdom Hearts II outfit and wielding the starting weapon, Kingdom Key. This demo focused on showcasing Kingdom Hearts III’s impressive scale by pitting Sora, Donald, and Goofy against the giant stone titan. Running up walls and scaling the massive titan was an impressive sight, though the camera would occasionally go spastic when placed in tight corners. 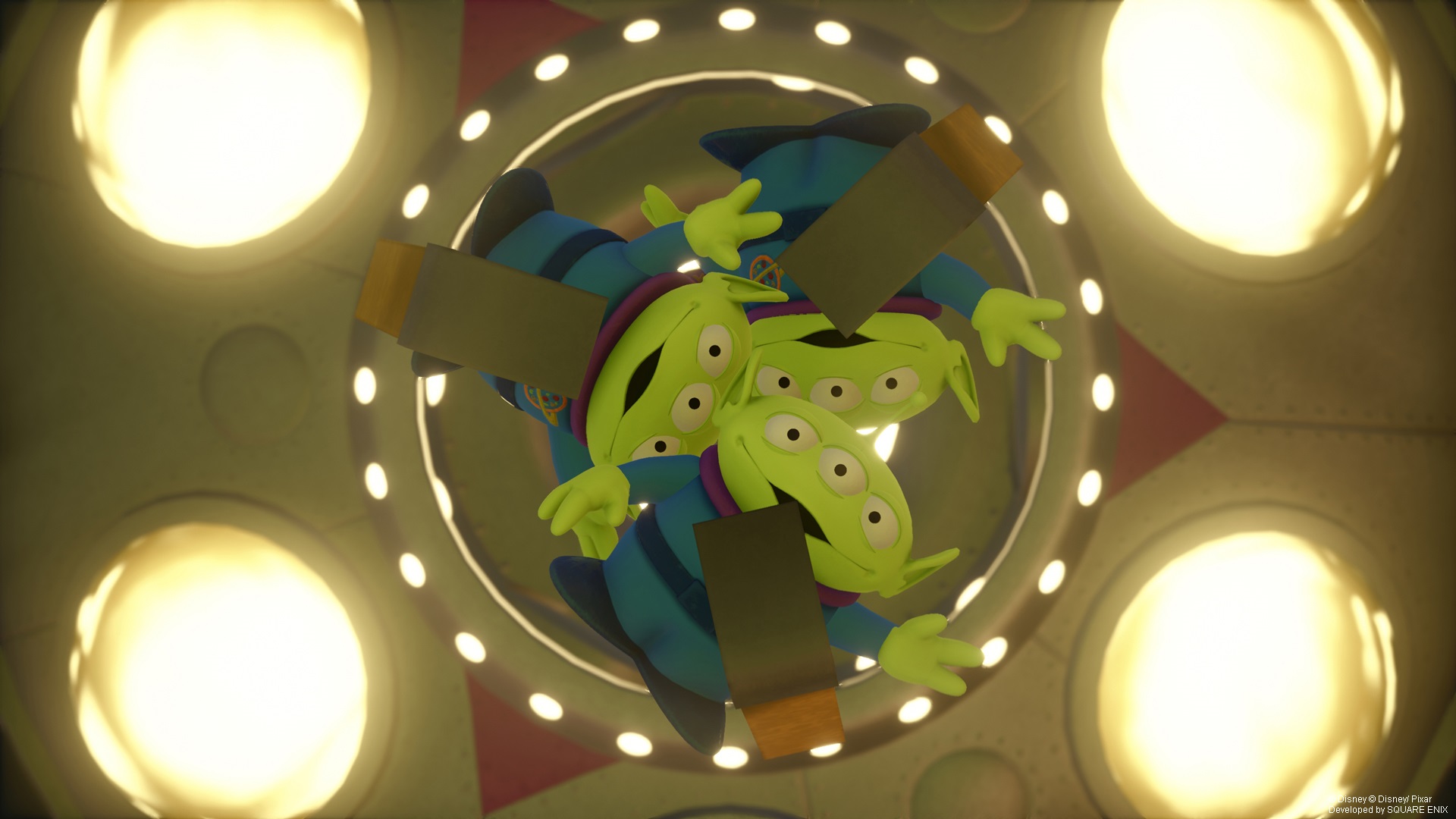 While the boss fight didn’t come anywhere close to matching the flashiness fans expect from the franchise, it did reinforce just how big Kingdom Hearts III is. Running on Unreal Engine 4 and unshackled by the limitations of PS2, PSP and 3DS, Nomura and his team are clearly looking to take full advantage of the current-gen hardware and it shows. From the impressive scale to the incredibly detailed textures and assets, the team has faithfully recreated both the look and feel of Hercules and Toy Story. With such an impressive visual showing, it’ll be exciting to see the rest of the worlds in their entirety.

The long wait for Kingdom Hearts III is nearing its end. While there’s still work to be done, fans will be happy to know the core gameplay the series is known for remains intact with new mechanics such as keyblade switching and transformations providing additional depth. The camera still needs some need work, and side mechanics like the first-person shooter section need some tweaking, but the game remains fun to play and visually gorgeous.