It seems strangely appropriate that consumer interest in The Walking Dead shows as much likelihood of dying as the titular ambulatory corpses. Overkill’s The Walking Dead is the newest title that attempts to breathe new life into that zombie apocalypse. Games based on this franchise have been hit or miss. When Telltale’s The Walking Dead first season appeared it was met with rave reviews, but The Walking Dead: Survival Instinct is about as fun as watching a loved one get bit by a walker. As a jaded gamer who has wept over beloved characters suffering the cruel fate of a bad licensed game, Overkill’s The Walking Dead was a title that was approached with some reservations, but after getting some hands-on time that changed to a cautious optimism.

Overkill’s The Walking Dead is a co-op first person experience that kind of feels like a mash up between Payday and Left 4 Dead, which shouldn’t be too surprising since the Payday games were also developed by Overkill. During the demo there was a team of four of us playing together, with different characters having different skills and strengths. I selected Aidan, who is a tough guy with a temper and lock picking skills, basically someone that can tank through the shambling walkers but also has enough finesse for the more delicate tasks. His ability to circumvent the need for keys opened up new paths on the map and access locked away supplies like ammunition. Other characters had different abilities such as Maya who was a nurse before the dead decided to stage their revolt against mortality, as she is better equipped for healing fallen comrades. 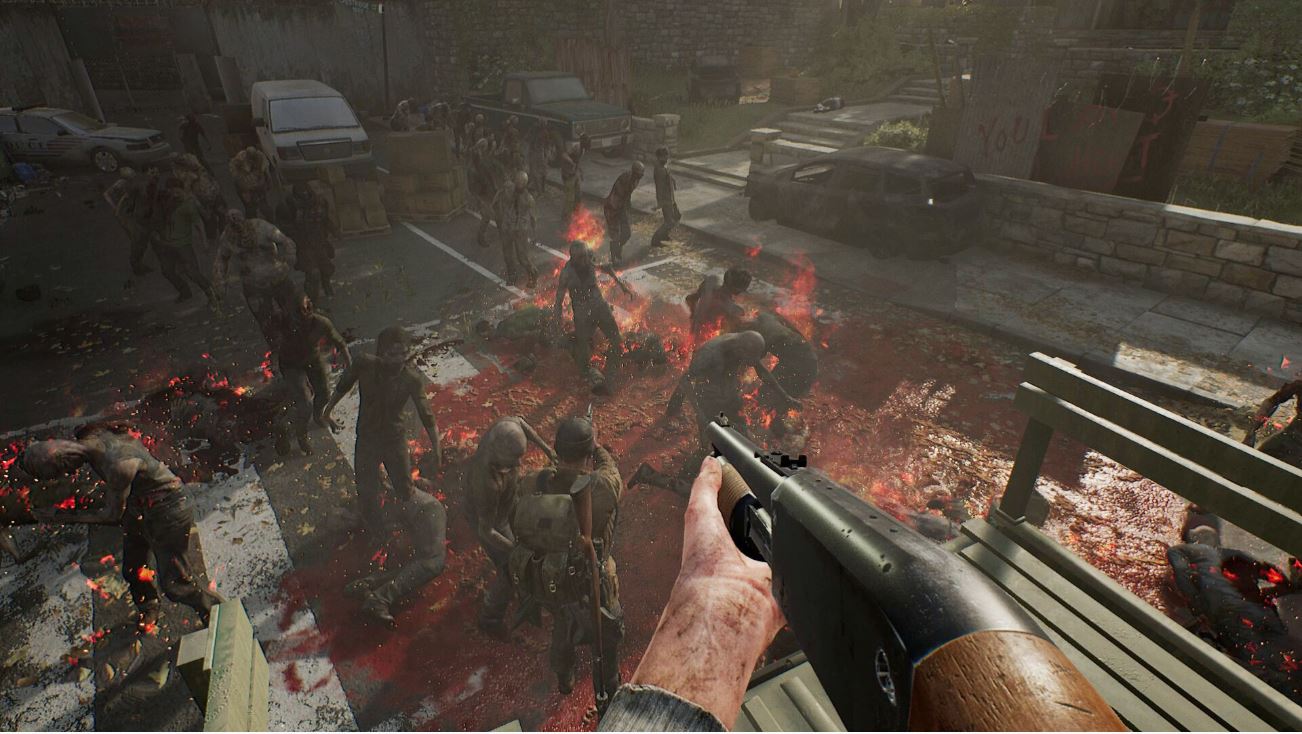 Overkill’s The Walking Dead does a good job of recreating the look and feel of The Walking Dead. The mission in the demo was one of the offensive ones, which the objective was to work together to get back our water purifier from another family. Because walkers spook easily the gameplay was a healthy mix of stealth and straight up action combat. As is common knowledge, walkers are pretty easy opponents on their own but a swarm can take out some of the most seasoned warriors quickly. Sneaking up on them and dispatching them with melee attacks is preferable to shooting them since gunfire is a good way to attract more of them. Beartraps litter the ruined city of Georgetown, and they are equally dangerous for the players to step in as they are useful for trapping walkers. Like the world created by Kirkman and Moore, the dead are a minor problem compared to the living, as encountering another family can quickly turn into a shootout so not only are the players dealing with the cruel firepower of the living but the ruckus is basically a dinner bell to the walkers.

Despite zombie games being done to death, Overkill’s The Walking Dead didn’t feel like a retread even though comparisons to other zombie titles are obvious. Having to communicate to the other party members and use everyone’s unique skills gave this is a more immersive sense of survival, just like having to worry about being too noisy to attract the walkers. Going on scavenger hunts to find the missing pieces to power the generator to open a gate felt like a relevant side quest in the game world, and while gun malfunctions are always frustrating it wouldn’t feel like The Walking Dead if things always worked how they were supposed to. 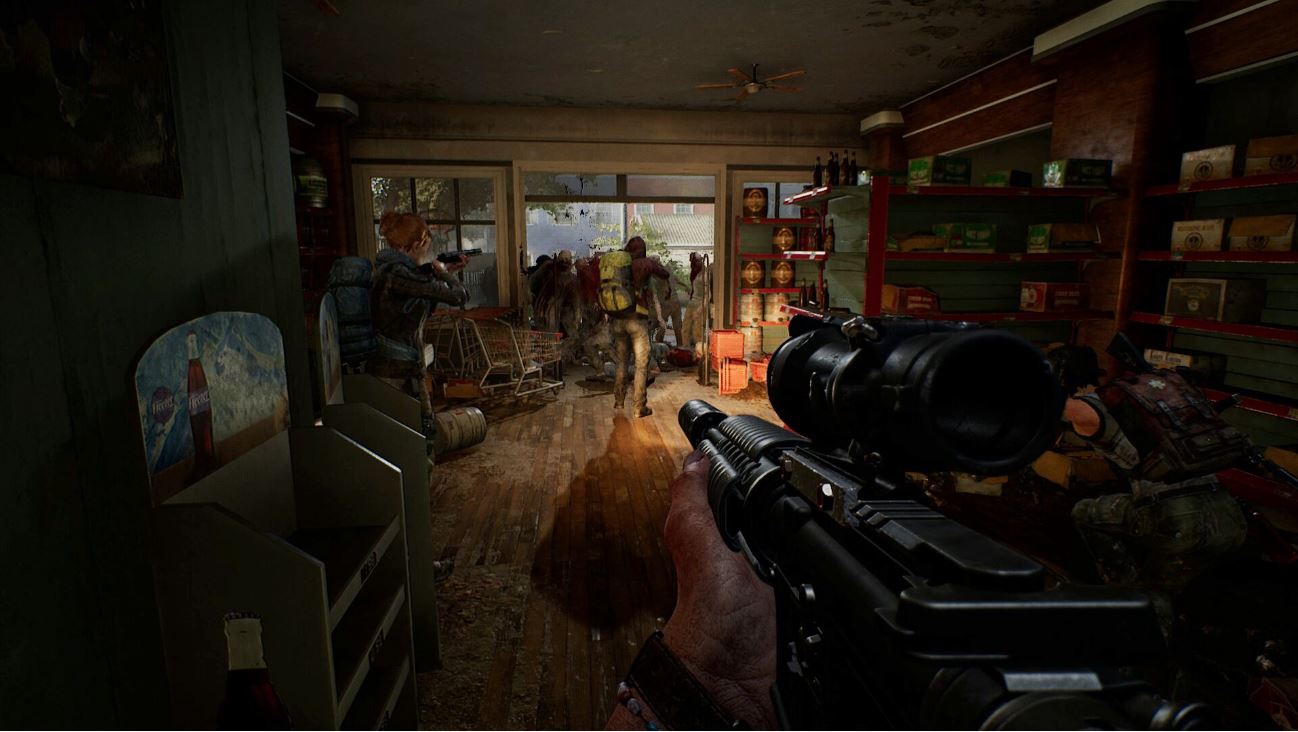 During E3 we were only able to play this one mission, but we were told there are also defense missions where the player’s camp may be attacked by either irritated walkers because someone can’t respect a noise ordinance or other families that covet your supplies. Building up and strengthening the camp is part of the progression, though details on how exactly that works will be revealed closer to release. The concept of teaming up with friends to fight off swarms of irritated and hungry living-impaired individuals is not a new idea by any means. The success of Overkill’s The Walking Dead will depend on how well it implements the familiar formula, and while a half hour with the demo isn’t enough to decide on a verdict, it’s enough to say there’s potential here. Overkill’s The Walking Dead is scheduled for release on November 6 for the Americas and November 8 globally for PC, PlayStation 4 and Xbox One.