There has been some confusion regarding Croteam’s Serious Sam 4: Planet Badass and its open ended nature. Does this mean it’s going to be like a Ubisoft game, with a map filled with collectables and objectives? Are players going to need to fiddle with RPG elements, such as stats and perks? Will this really feel like a Serious Sam game at all? After seeing some early alpha play, the answer to these three questions, in order, are no, no, and holy %^&* yes! Planet Badass is as Serious Sam as Serious Sam can get and it looks to be glorious.

Putting the large map things to rest first, Serious Sam 4 is designed to be a linear experience with obvious goals and properly-calibrated encounters. Where the whole “open world” thing comes is from the size of the maps. There will be multiple maps to explore and cover in various levels of gore, but many of them will be huge. The largest one, for example, will be eighty miles by eighty miles, riddled with opportunities for exploration, new weapons, enemies and secrets to reward the curious player. Likely areas worthy of attention tend to be demarcated in obvious fashions, such as a dirt road that leads off of the main path or an abandoned village filled with armor and weapons to snag. Of course, in typical Serious Sam fashion, picking that item up will result in ample opportunity to immediately test it out, which is a euphemism for “lots of baddies to liquefy will spawn.” 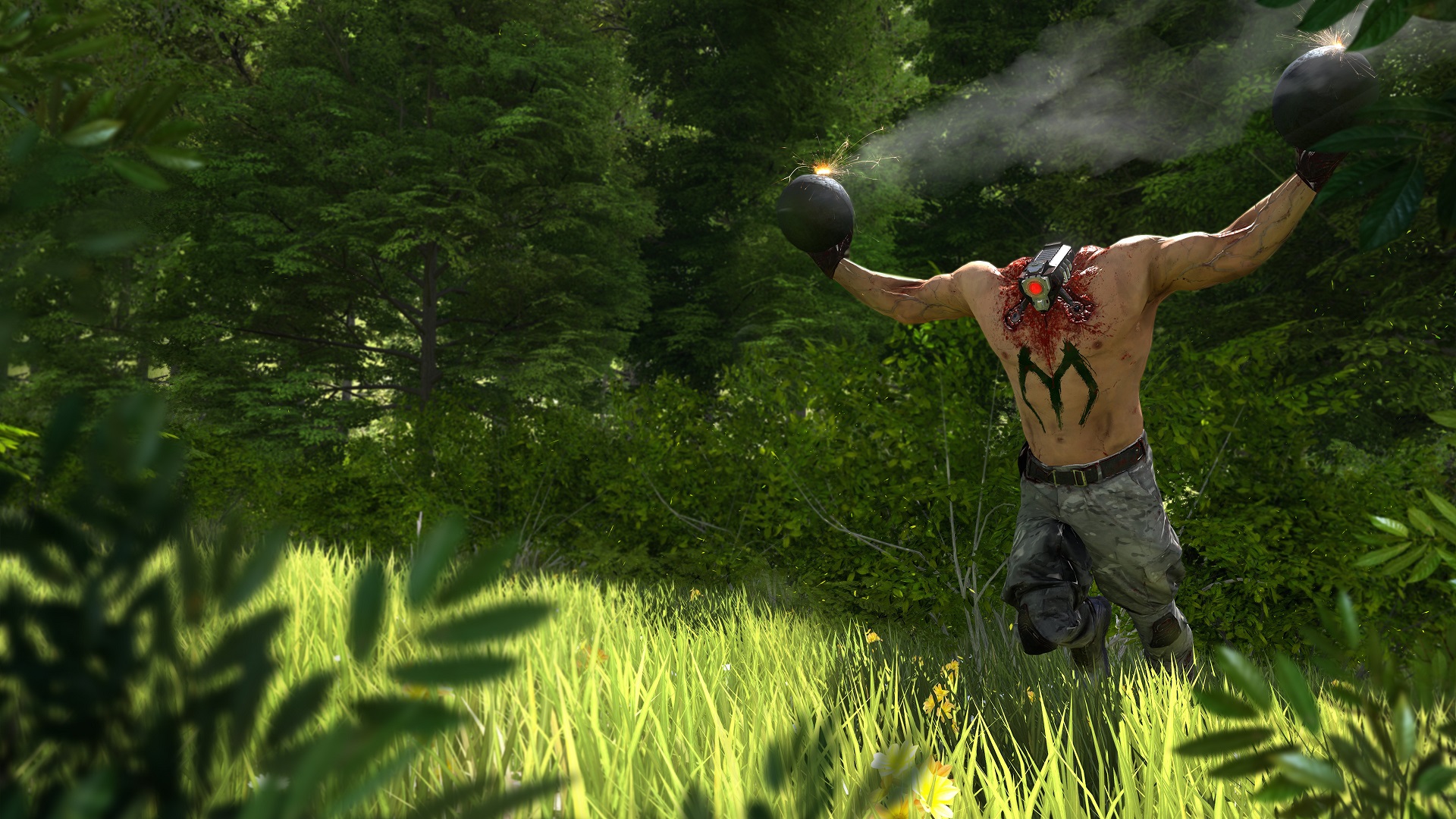 The maps also feature completely optional side missions with their own rewards. One example shown was a woman trapped atop a stone tower wielding a sniper rifle. While she can use that rifle, and will make it out okay on her own, she would appreciate Sam’s assistance to get out of this pickle faster. Helping her out rewards Sam with a sniper rifle much earlier than it’d be found through mainlining the story. As it turns out that she will be important to the story later, some of the dialog will also change when Sam meets her again.

With maps this large, vehicles will be needed to get around. Croteam is well aware that the vehicles in Serious Sam 2 went over as well as a flatulent nudist at a beloved relative’s funeral and have made huge strides in making them fun and responsive this time around. Motorcycles, cars, and, well, farming equipment will all be available to use, and they appear to be speedy and entertaining while allowing for gunplay while driving. It just looks cool. 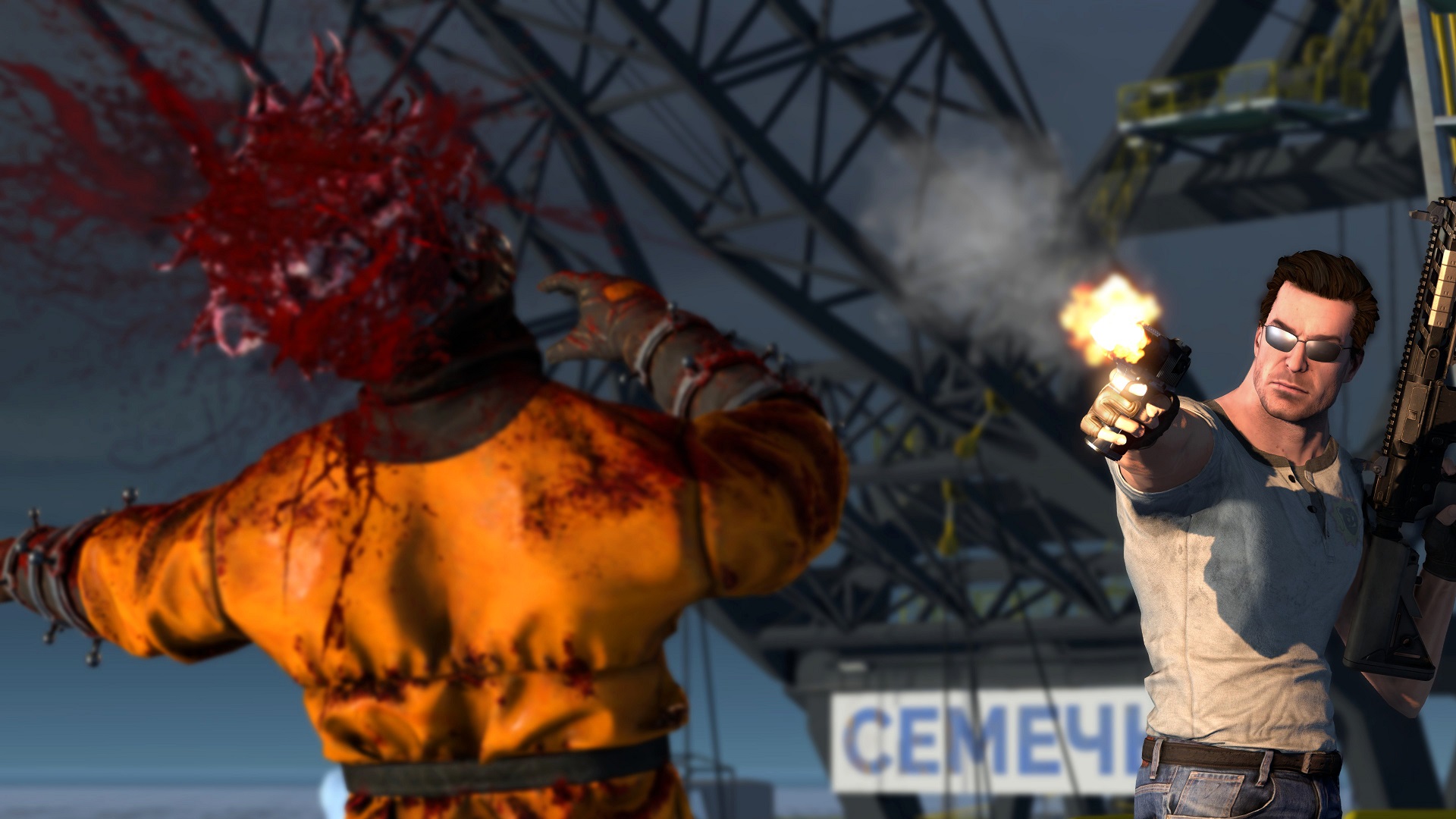 With every new entry to this series comes new enemies to kill. The one that was shown off during the preview session was the Processed. Mostly humanoid, but with tentacles growing out of their face and heads, they appear to be the spawn that results from some of the nastier scenes in some of the spicier anime out there. They might seem like the normal grunts from the past, but these things are smarter than that, moving and juking in order to avoid getting shot, which seems like a reasonable idea. That doesn’t mean that classic enemies won’t return. The preview time saw plenty of kamikaze, Gnaar, Kleer skeletons, and bio-mechanoids to backpedal, circle strafe, and perforate. The classics have seen some cosmetic modernization that one would expect from the technological improvements, but these are still the creatures we know and love (to explode).

While the size of the maps has been a focus of the buzz around what Planet Badass has to offer, the more intriguing aspect of the game comes from the Legion system. The game still uses the Serious Engine, but it has been tweaked to allow for more enemies on screen at once. The numbers are quite staggering, as it could go up to tens of thousands of critters of various makes and models at once. No, Croteam doesn’t expect every one of them to get gunned down. The idea instead is inspired by moments from a giant battle set piece in a movie, where two armies clash and the hero fights his or her way to the leader while the more action carries on in the background. That said, Croteam also expects the crazy, dedicated, or people with some combination of those two traits, to go ahead and try to take out every last one of the enemies. They look forward to hearing those stories. Also, for those worried about needing the beefiest GPU to handle this insanity can relax. The engine is designed to scale up or down based on what graphics card is being used so as to never compromise the experience. While one hundred thousand enemies is more than ten thousand, that ten thousand number is still going to look rather intimidating when the horde is filling the screen. 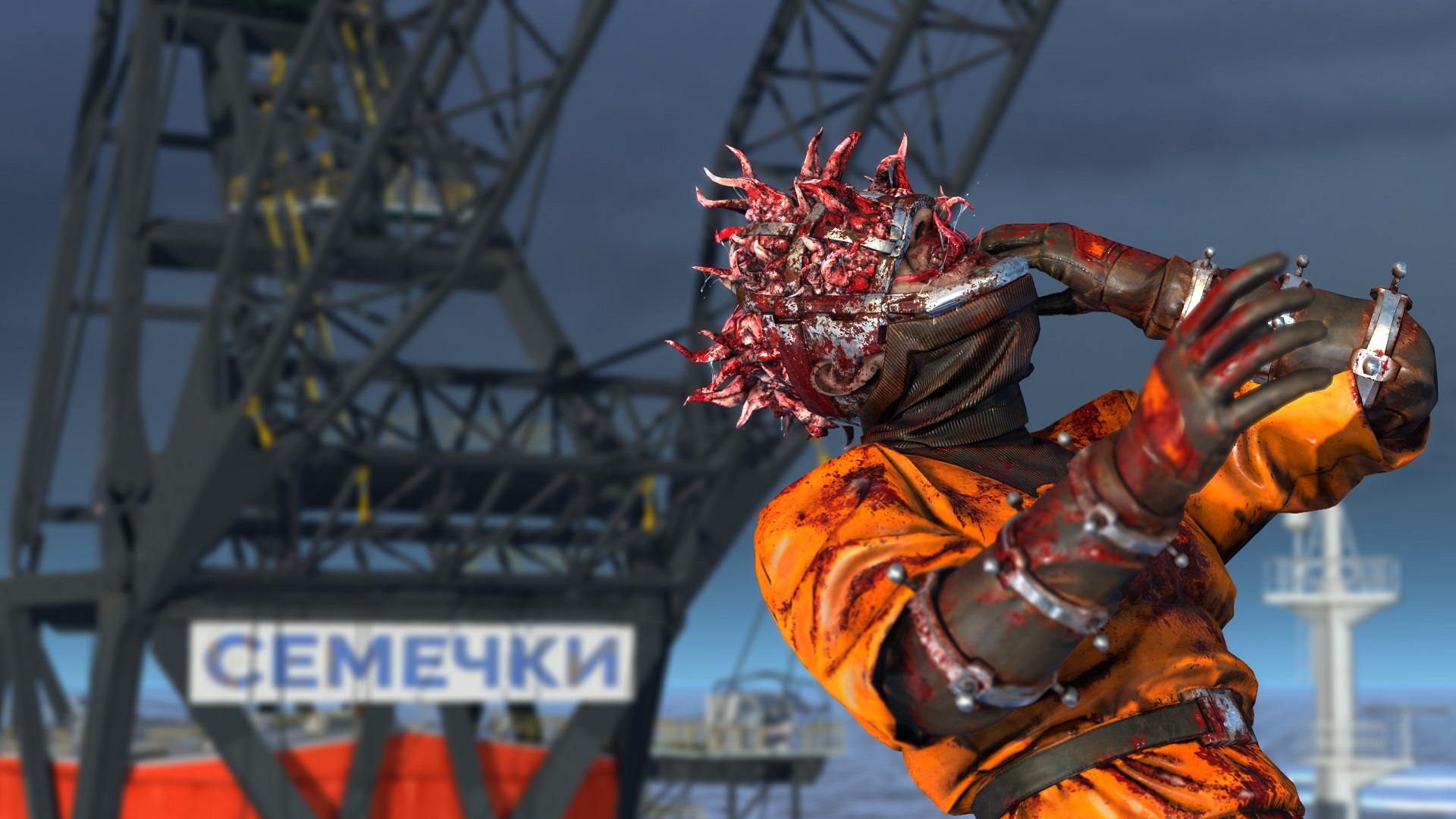 Those familiar with Croteam’s work can expect what has become the normal level of options. PC users will be able to customize their experience with aplomb and should even be able to expect Tobii Eye Tracking, though that last hasn’t been percent confirmed just yet by the developer. Options for online versus, co-op and splitscreen will all be present too. This is shaping up to be a worthy entry into the Serious Sam series and one that I’m eager to play. Right now, it looks like that will be sometime in 2019 for PC, Xbox One and PlayStation 4, but we’ve been cautioned that it won’t see full release until the team feels that it’s truly ready. No matter, it’s better for it to be done right. It’s just that waiting is the hardest part.