Touhou Genso Wanderer is a roguelike action RPG that came out for PlayStation 4 and Vita last year. The cool thing to do these days is to jump over to the Switch if you were on a Sony or Microsoft console and that’s exactly what is going on with Touhou Genso Wanderer Reloaded. Since this title was originally released on the the two Sony platforms it makes sense that it would go to the Switch since that console swings both ways between a home console and handheld, but this is one of those ports that is chock full of extra features so if you’ve previously enjoyed it there may be enough new content here to entice you into a replay.

Touhou Genso Wanderer Reloaded is tale about Reimu Hakurei, the Hakurei Shrine Maiden. She is visiting Rinnosuke Morichika who is showing off his prized possession, a mystical glowing sphere. Being the impulsive type, Reimu touches this object and it emits a golden beam of light. This is a bad thing, as Rinnoskue’s personality changes drastically after this happens, as if he was possessed by some sort of demon. A mysterious giant tower appears, and the previously peaceful citizens of Gensokyo seem to have been replaced with hostile demonic clones. Let this be a lesson that when someone tells you not to touch something, you’d best not touch it. 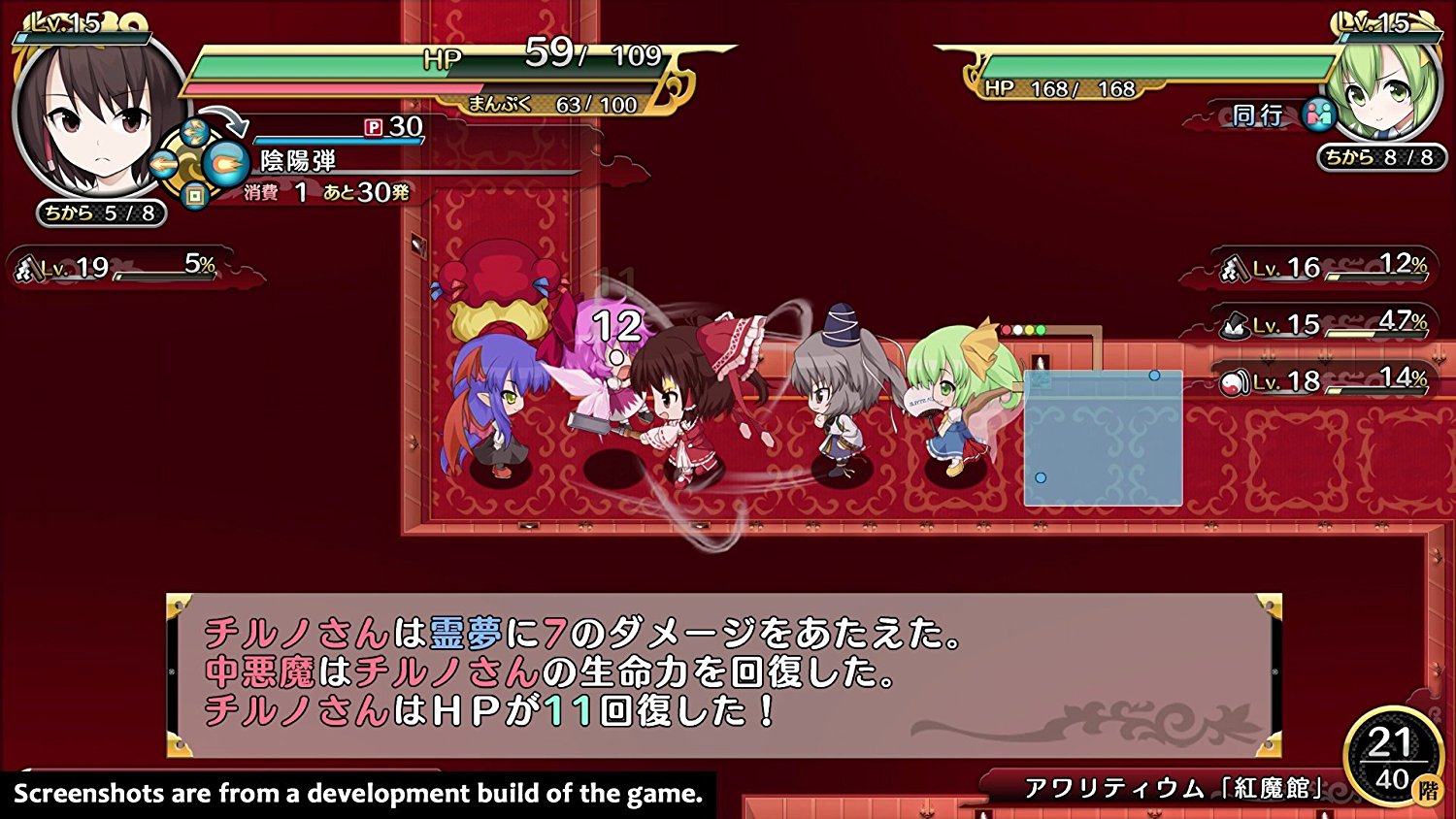 The gameplay of Touhou Genso Wanderer Reloaded is played from an overhead perspective. The gameplay is a form of turn based where everyone on screen, whether friend or foe, remains stationary until the player moves and then each character takes their action simultaneously. It’s a strange hybrid of turn based and real time but it works in this title. Plotting out a path to travel requires anticipating and taking the potential enemy moves into consideration, but knowing they will take exactly as many actions as the player helps with the strategic element. As this is a roguelike, memorization is useless and it is always a matter of trying to outsmart the game each time, but being able to unleash bullet hell special abilities with your partner does help with the journey.

Touhou Genso Wanderer Reloaded is not simply a basic port as a substantial amount of new content has been reloaded into this version. The complete game is naturally included, but also bundled in is all the previously released DLC and a new storyline that promises over fifty hours of content. Touhou Genso Wanderer Reloaded is designed to be enjoyed at the player’s own pace, so if the ever changing landscape of the Tower of Desire becomes tiresome the player is free to take a break and chill at the cafe with the other Touhou girls. 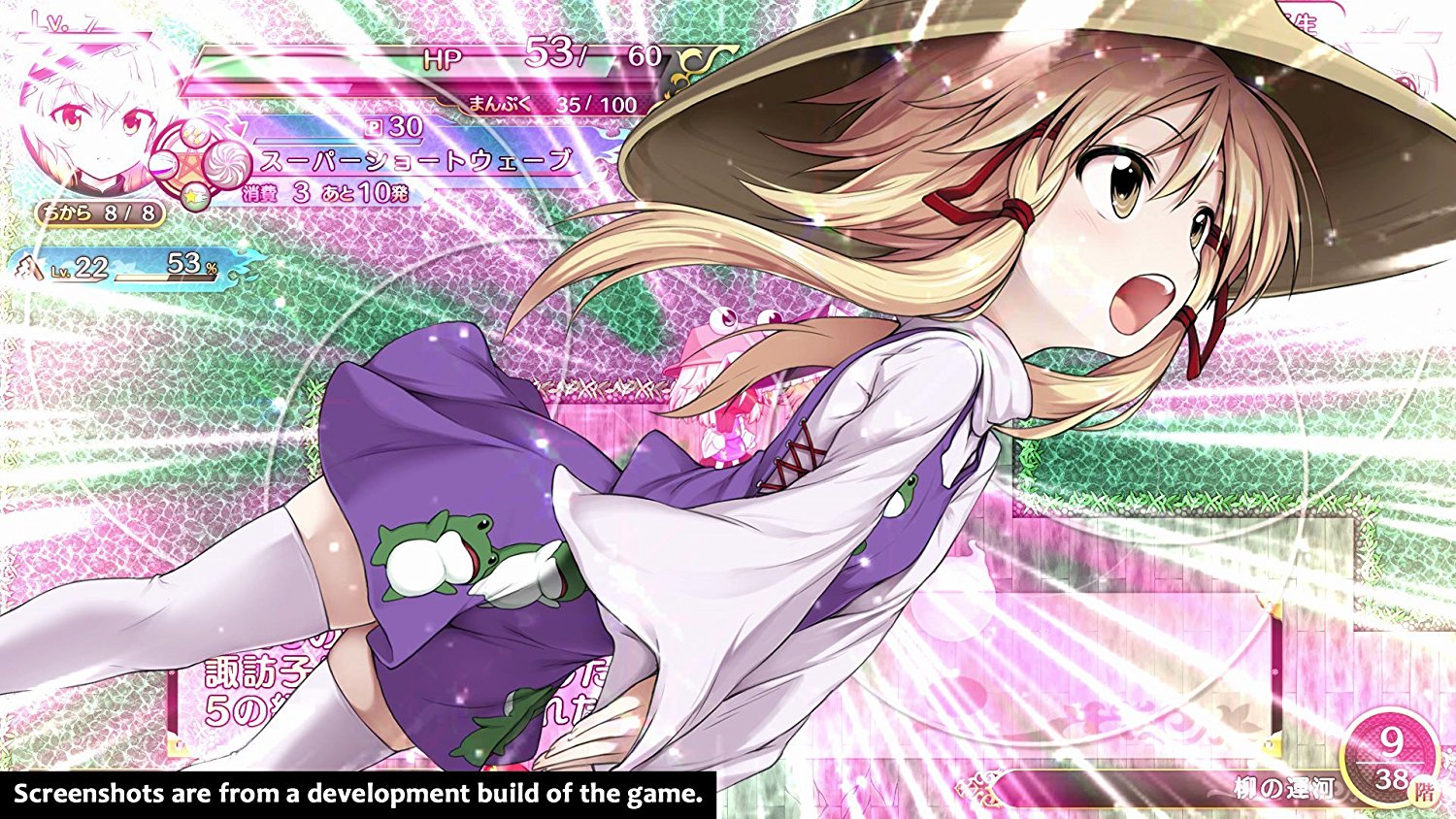 Touhou Genso Wanderer Reloaded gives Switch players a chance to enjoy this adventure and also offers up enough content to invite returning players to go through the Tower of Desire a second time. The roguelike natures helps keep the adventure from getting stale and the sheer length of time it takes to accomplish everything in the story makes this a great value. Fans of overhead dungeon crawlers and roguelikes should give this title a look as the Switch version looks like it will be the version to get and will be available on the Nintendo platform July 17.