Dragon Quest Builders took the crafting genre by storm as it combined the well-known RPG title with Minecraft-like gameplay. It sounds like a completely ridiculous combination that worked shockingly well together. While it was a fantastic experience, there were some key elements that would have helped it push even further. Fortunately Dragon Quest Builders 2 came along and is on its way to remedying a lot of these missing components. The key one being multiplayer, as now up to four players can team up and work together on the adventure. For anyone jumping in for the first time, it helps run down all the basics of building and fighting so players will never feel lost in the grand new world they’ve uncovered.

A big new inclusion is that of an actual RPG story, where players will now encounter bosses they must overcome and defeat them in order to proceed the story. NPCs, which in the first didn’t contribute much, can now help the player build and craft things to make for ease even when playing alone. Unlike the first title, players will also be able to enjoy what they’ve been working on instead of losing build progress every chapter as the story plays into slowly building up a village for NPCs and the player alike. The world is larger than ever and there’s no longer a fear of water as the player can now explore, within reason, without suffering a mysterious death from simply touching it. There’s also grand new mechanics like farming and harvesting which are simple, yet effective inclusions to always give players something to work towards. 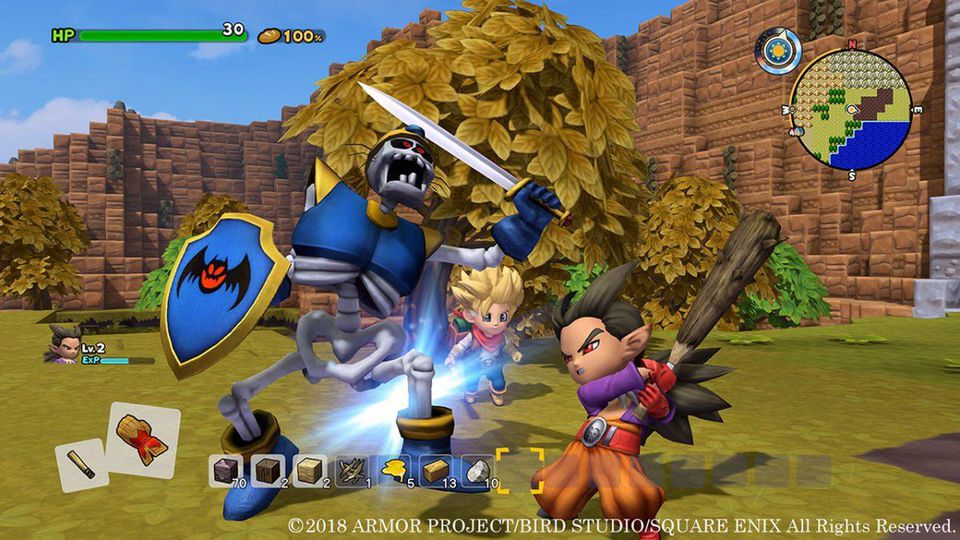 The biggest takeaway from Dragon Quest Builders 2 is that it’s truly aiming to improve upon the groundwork that it made. It’s a great spin-off that allows players to make their own world in a Dragon Quest adventure that requires more than just fighting enemies to get towards the end. It’s also a wonderful way for players who may be on the fence about the regularly turn-based series to dive into a more familiar genre with real-time action instead while still getting a feel for what Dragon Quest is stylized like.