The team at Obsidian Entertainment has been in the video game industry for quite and know exactly what they are doing. Many of them are the minds behind Baldur’s Gate, Alpha Protocol, Pillars of Eternity, South Park: The Stick of Truth, Fallout: New Vegas and more. This lineage of terrific RPG titles shows just how much of a grasp they have on the genre which leads to a highly anticipated game titled, The Outer Worlds.

This space western was molded by those who built Fallout so of course there will be some similarities. Dark humor and silliness takes over the as we get a clear look into the minds of the creators. Everything you choose to do will impact the chain of events to follow. Elements taken from Fallout are packed into The Outer Worlds to make for a familiar yet fleshed out experience. Things will feel modernized but slapping on some interplanetary exploration and the science fiction has no limits. 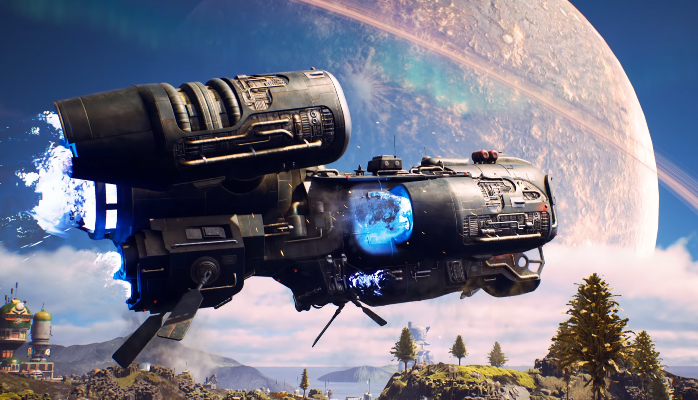 The Outer Worlds starts out with the player character being rescued by a scientist. He asks for your help in saving fellow colonists while taking down the ever-expanding companies. You can choose to aid him or turn against him and side with the evil corporate overlords. Everything between the beginning and end is entirely up to you. Since the game is driven by player choice the story can easily diverge and branch out to impact civilians, factions and more. Much of the RPG standards are present. Multiple weapons can be customized, enhancements with elemental power can be made and you can specialize various skills via experience points. Plus, you can have companions accompanying you throughout the journey.

A “Flaw” system being introduced to this genre is a very interesting idea. With the examples above being something the player controls, these flaws in a way are not up to you. For example, if you were to constantly be attacked by a certain creature, whether you didn’t spot them enough or they’re just really tough to beat, you develop a fear of it. It’s as if the game is forcing your character to evolve and perhaps adapt to the environments or threats. You may develop a set of three Flaws in regular mode or have a couple more in the super-nova difficulty. 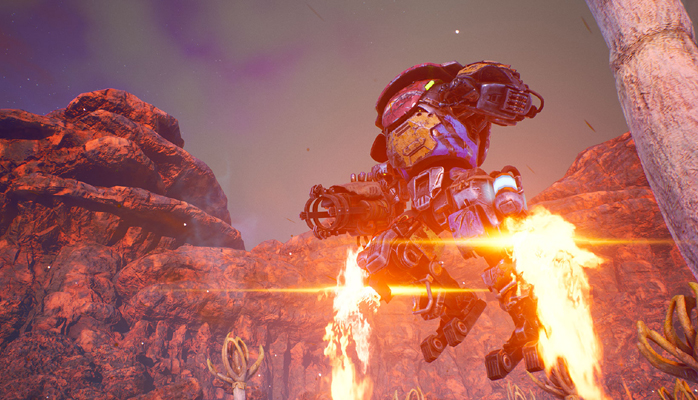 The Outer Worlds looks and feels like the kind of space shooter/RPG everyone has been waiting for. The open exploration, entertaining storyline, in-depth features and focused combat will thrill fans. While Fallout is a main influence in this game we can’t help but wonder how it may compare to Starfield. Though we’ve not heard much on that game The Outer Worlds might beat it to the draw. Especially if space ain’t big enough for the two of them. The Outer Worlds is set for release on October 25 on PC, PlayStation 4 and Xbox One.