To some, 2016 may feel like ancient history. Five years might, in the grand scheme of things, not equate to much but as they so often say: a lot can happen in a short span of time. In this case, half a decade’s worth of time. While that sentiment is something I can empathize with, it was also a year whose more positive, albeit interesting to look back on, highlights still stick out like they happened only yesterday (cliched a saying that so often is). For it was in the baking heat of a certain gaming convention in June 2016 — specifically, the last appointment on the last day of the event — that I learned of an upcoming open-world RPG from developer Piranha Bytes. A new IP that was aiming to be neither fully sci-fi nor fantastical, but interestingly, an amalgamation of both. Set in a world where magic and technology alike persisted, if not co-existed. The name of this new IP was ELEX and while specifics of that day are fuzzy, I remember the pitch being one of impassioned commitment to this bold idea. Regardless of how well it may (or may not) turn out, if developer pitches alone were award-worthy, Piranha Bytes that year would no doubt have been easy contenders for the prize.

Fast-forward a little over a year later to October 2017 and the game finally releases to a, let’s say, middling reception. Not unlike a crop of contemporary western RPGs whose call seemed to beckon more long-standing, nostalgic fans of the genre’s prior decades. Unlike games such as Kingdom Come or even GreedFall, however, ELEX’s ambitious premise was harder to sell. As commendable its lore-building, occasional character interactions and general world design might’ve been, the consensus around the game was exactly that: a commendable attempt at what was an ambitious combining of genre themes, yet lacking a coherent execution, both technically and mechanically. Another name to add to the growing pile of titles brandishing the not-so-coveted “Eurojank” label. Or to put it in more reasonable terms: games that despite a lack of polish had enough style, substance and overall charm to help push past these notable issues. 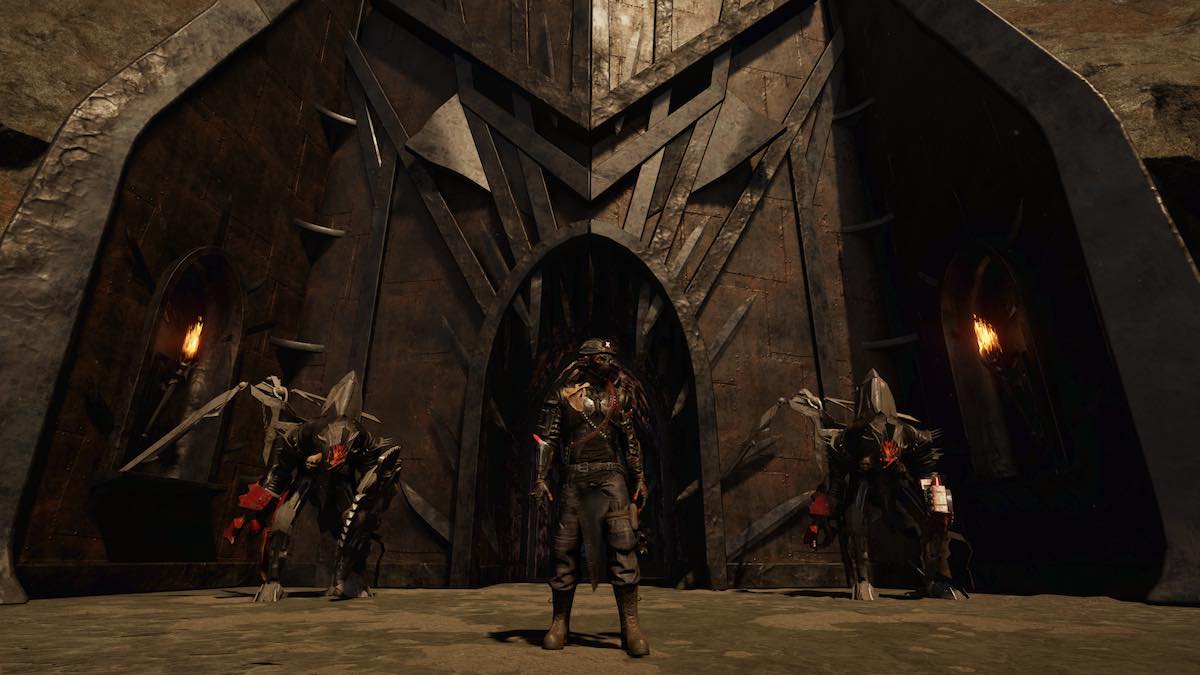 It’s coming up to the end of 2021 and ELEX II, the game’s direct sequel — in a literal sense, taking place shortly after the events of the 2017 original — clearly knows where its strengths formerly lay. Unique biomes dot the horizon and level design feels all too tempting to test one’s trustee jetpack on. A jetpack that admittedly starts off as little more than a helpful addition to one’s jump, but a tool that is nonetheless useful in its aiding with climbing vertical stretches or simply cushioning one’s descent. In another scenario you could almost forgive how your jetpack so awkwardly kills one’s momentum upon exiting a sprint — aerial movement not exactly the most fluid in that regard. If you were that engrossed, you may even be willing to look past the questionably stiff animation and general quality to certain NPCs. As noted, disregarding of the less-favorable qualities isn’t an uncommon trait if you find yourself appreciative of these kind of RPG releases. Games lacking a supposed AAA gloss or accompanying budget, but whose writing or setting was enough to ponder over.

Indeed, had this been the originator rather than the follow-up, my thoughts coming away from ELEX II might’ve been more forgiving than they actually are. Of course one has to acknowledge the disclaimer that Piranha Bytes still have a few months to iron out the bugs and glitches and add much-needed polish to this world. But it’s going to have to be one of the more notable turn-arounds in some time for a game going from beta to gold status, because as curious as its multi-themed settlements are — so wildly darting between fantastical villages to bombed-out cityscapes — ELEX II in its first chapter alone is far from a pleasant experience. A competent-enough scouring of the land whereby you occasionally stumble upon another curious side-quest to take up but a few more hours of my time. That aforementioned jetpack providing much-needed flexibility with scaling the terrain and figuring out if anything useful may lie at the top of that hill in question. 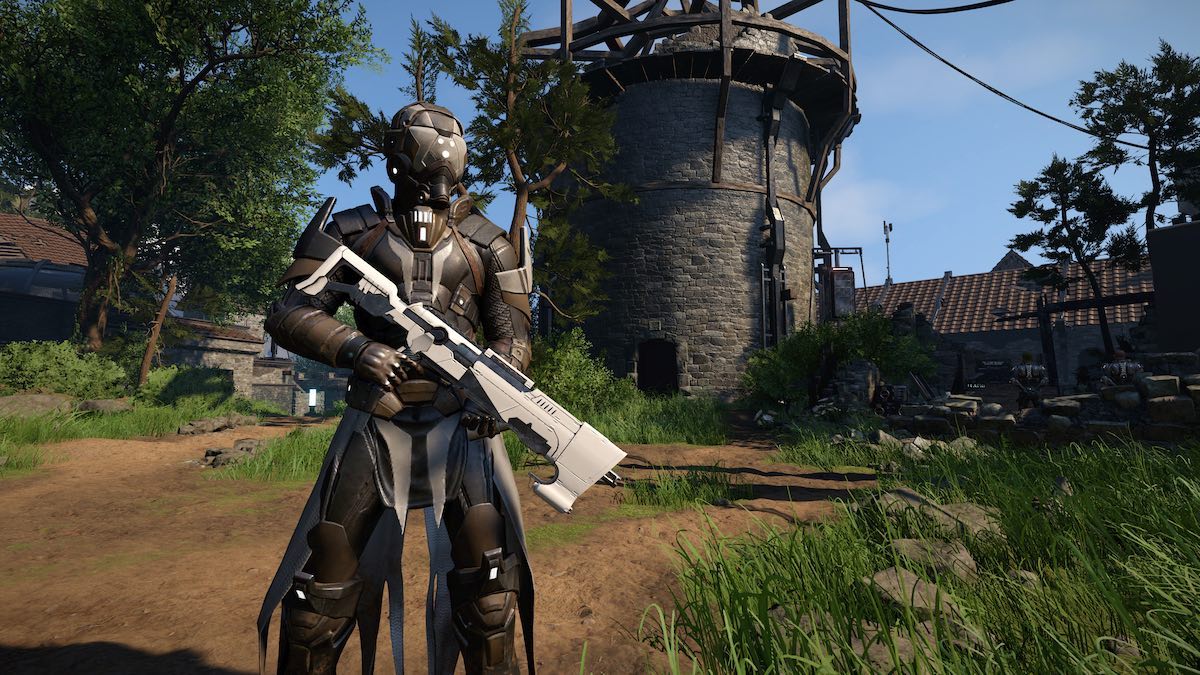 When it comes to the simpler pleasures, ELEX II checks those boxes and I give at least some credit that Piranha Bytes offer liberty in allowing players to discover the world as they see fit, as opposed to a long-winded tutorial that skirts the early game’s notable landmarks. The problem is that those same quieter spells of exploration were very much present in the original, so to say this is inherently a unique trait to the sequel is far from the truth. In fact, all the traits of the original game so far don’t feel built on or expanded, but instead merely passed across to game number two. Both the good and the bad. And combat is front-and-center of the more vocal complaints. Easily the least-satisfying element and one in need of considerable work if it’s to feel in anyway enjoyable to engage with come final release. Not only does combat falter due to its lack of feedback — both you and foes alike barely reacting to any amount of damage taken — but the fact your character is so vulnerable in the early parts means play-style is immediately limiting and if nothing else a pain to work out. Playing so conservatively with only the most meager of attacks (drawn out more so when dealing with a group of hostiles), it’s no wonder that avoiding combat altogether becomes the norm. Made even more annoying by the number of weapons — both attribute-buffed and regular alike — you stumble upon in early parts, whose stat requirements mean it’ll be some time before you can try them out.

To some, ELEX II‘s “more of the same” approach may well be satisfactory enough to warrant a return visit to the world of Magalan. And yes, given how sufficient the original’s backdrop and established lore helped to counter its plentiful complaints, you can’t blame Piranha Bytes in feeling content with the surroundings already put in place. But what also remains is the questionable lack of polish in certain elements so heavily detrimental to the original. A criticism that left unchecked, I fear will be more damaging in a sequel than the game four years prior. That trustee jetpack may well be the saving grace that counters some, though not all, of the problems on show. But even that, useful a traversal tool it is, is another borrowed trait. Eventually there’ll come a point where ELEX II has to prove that it’s indeed a worthy successor, rather than a mere second helping of what came before. Not to say there aren’t pleasantries to savor, but one’s return to the world of Magalan feels all too familiar, for better or worse.