Dark Crystal is an indie game studio that is most likely not on your radar. This new studio is based in St. Petersburg, Russia and is comprised of former members of Larian Studios and developers who worked on last year’s masterpiece Divinity: Original Sin II as well as Divinity: Original Sin, Life is Feudal: Forest Village, Leviathan: The Last Day of the Decade and Crossout. They have just launched a Kickstarter campaign for their newly-announced title, Encased. Encased is a sci-fi turn based isometric RPG that has hints of influence from the original Fallout titles. Encased is currently in development and will see completion and the Kickstarter campaign launched today will determine the extent in which the the developers can expand on their idea. Hardcore Gamer recently met with Dark Crystal’s creative director Viacheslav Kozhihin in a super secret meeting to play roughly the first thirty minutes of a pre-alpha build of Encased and discuss the title.

Encased takes place in a post-apocalyptic world. More specifically, the story begins inside the Dome built by an unknown civilization inside a desert where a research project has gone wrong. The Dome is indestructible, and while resources and technology may be harvested from within, the people that dwell there are never free to exit. The Dome is just the tip of what awaits, as beneath the structure within the earth are ancient labyrinths, bountiful treasures and artifacts, complex artificial intelligence systems that run the Dome along with deadly traps to prevent anyone from leaving with the treasures within.

Research and exploration of the Dome is conducted by members of the CRONUS Foundation. Little is known about this group to outsiders, as joining CRONUS is a lifetime commitment and their activities are kept secret from the outside world. As history has taught us, clandestine operations involving structures of unknown origin and advanced AI systems can only maintain homeostasis for so long as life as we know it within the Dome is about to change. The expeditions and actions of the player will awaken a powerful and unstable AI known as Maelstorm, which will bring irrevocable to the Dome, severing communication with the outside and bringing conflict to the different groups inside. 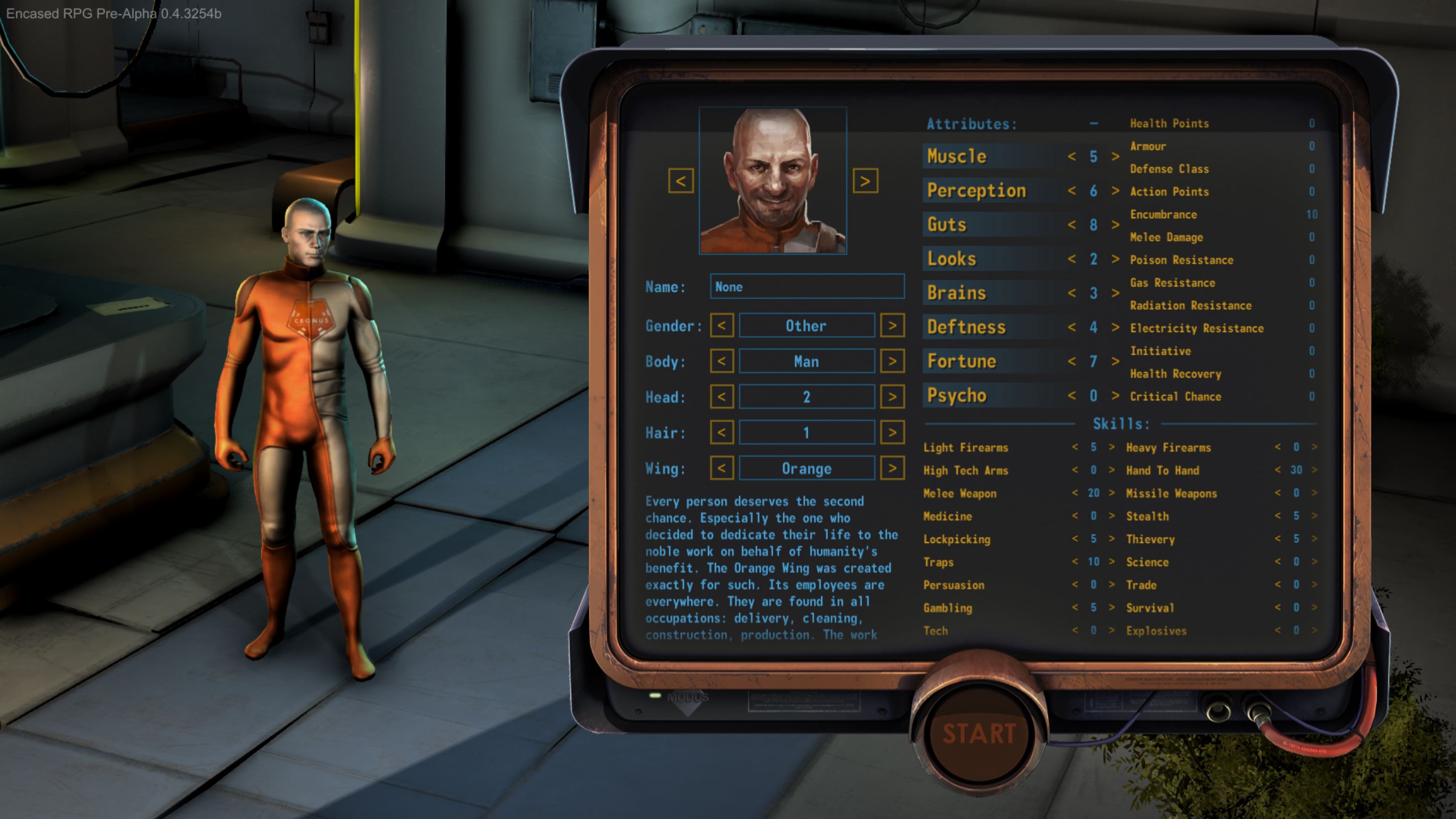 Maelstorm is a unique entity with Encased. Maelstorm is extremely powerful yet unpredictable. Its strength is greatest in the center of the Dome and can interact with players, but a word of caution is Maelstrom can destroy the minds of intelligent beings and proximity to Maelstorm can have an impact on various skills and perks. Maelstrom can appear to be benevolent at times and even grant wishes to the player, but if the tale of the monkey’s paw has taught us anything, it’s that nothing is without its price.

Encased is designed to be a 25-30 hour old school RPG but offers high replay value. The player will make difficult choices that will impact the story and world around them, encouraging repeat playing. Players design their character and choose which Wing of the dome they hail from which influences their backstory. Does the player wish to be a scientist or does being an imprisoned convict sound more appealing? Different Wing choices will not only influence the background and have an effect on the narrative but will also offer different perks and abilities, adding to the role-playing component. How the player chooses to role play is a major facet of Encased, and the role playing system is designed to be intuitive so that the player can figure out the role play mechanics without needing to rely on complex manuals or tutorials. The role-playing system should seem familiar to those who have played Baldur’s Gate, Planescape: Torment, Fallout and Fallout 2. Players will have branching dialog trees in their conversations with virtually every NPC and different backgrounds have special response options. 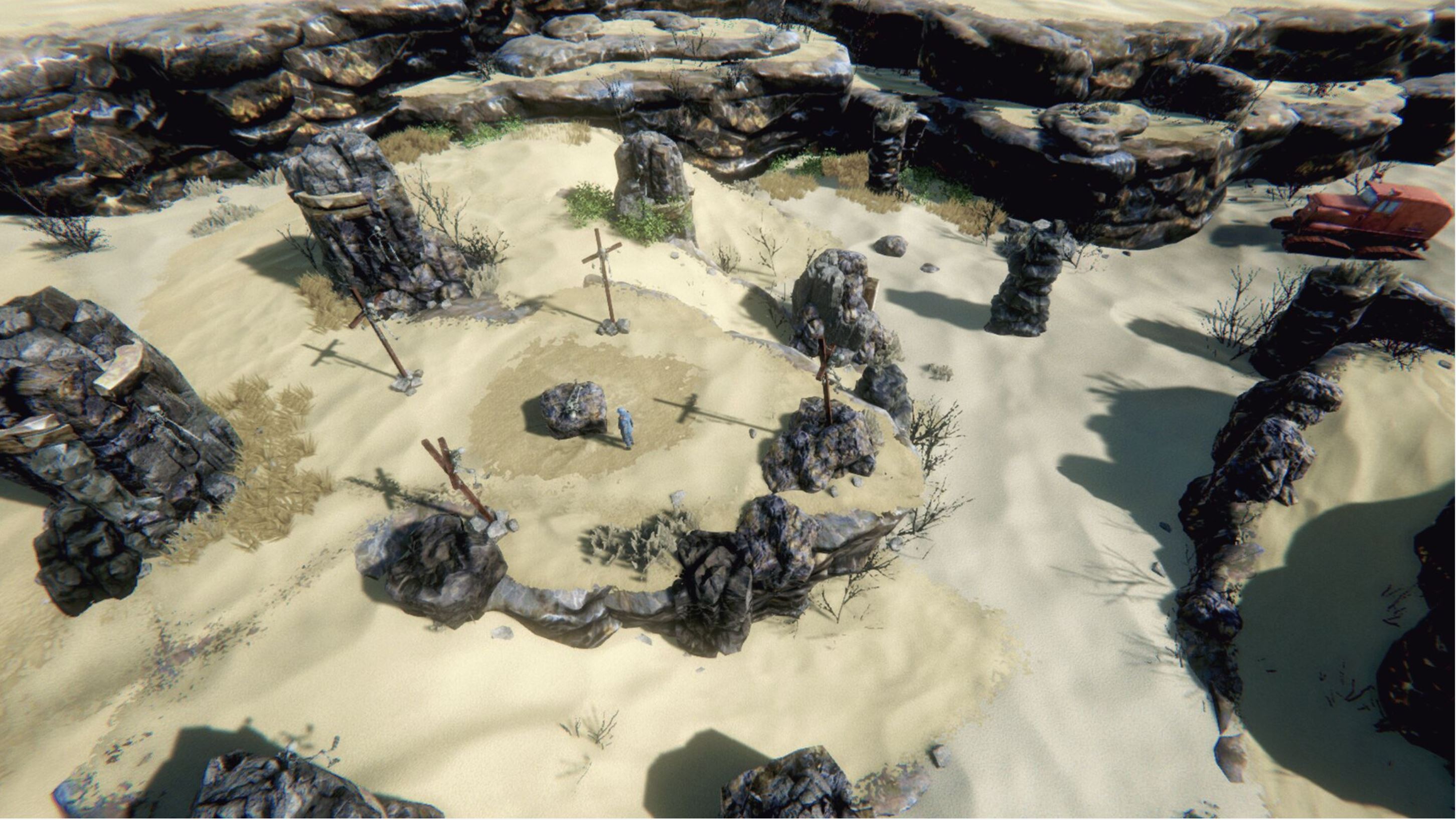 Combat in Encased is turn based with plenty of room a tactical approach. Combat is designed to be quick and dynamic, but also a strategic puzzle with multiple solutions. Players will choose if they want to focus on the key enemy fighters or weaken their support units. There will be straightforward aggressive options against the enemy, but there are also options to weaken them through indirect methods or use the environment against them.

Civilization within the Dome is maintained through law and order, with a progression system of punishment for crimes committed. Various infractions of the law can lead to being labeled as a petty thief, enemy of the state or even threat to humanity for those real overachievers. As art reflects life, criminally minded players can be fined, imprisoned or even executed, but such fates can be avoided by bribing officials, staging jailbreaks or passing trial in the Labyrinth of Death. 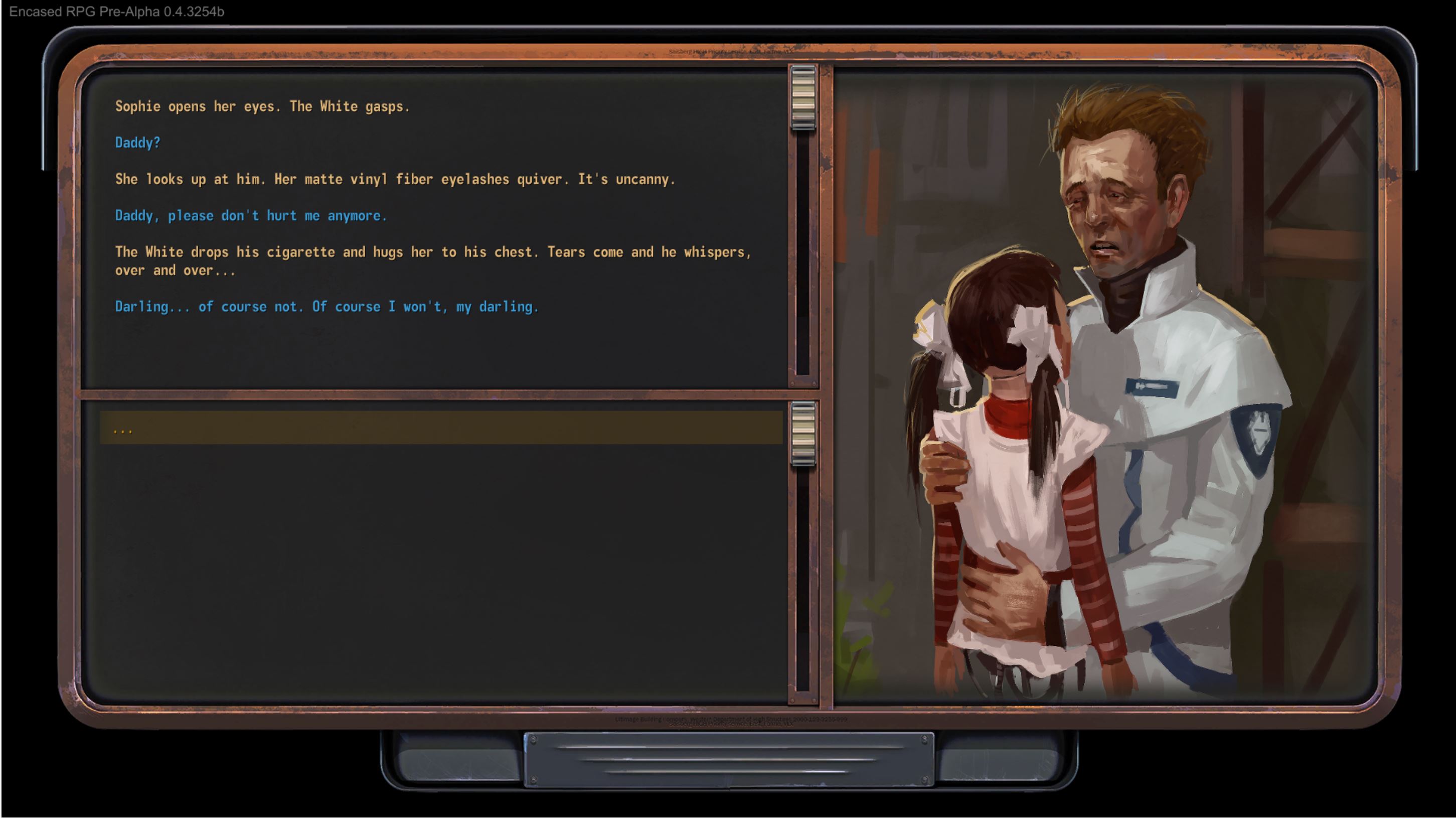 During my conversation with Viacheslav Kozhihin I learned about one of the more interesting features about Encased which is the Character Creation Prototype. While it will be a while before Encased is finalized, the Character Creation Prototype is live and interested players can begin designing their characters, picking their stats and writing their biographies. Every character created will be recorded in the CRONUS database, meaning that all characters created will be immortalized within the game code of Encased. The character biographies that the developers find the most interesting will be used as prototypes for CRONUS employee NPCs. Encased is expected to enter Steam Early Access sometime in early 2019.