Gravity is unforgiving and not generally known for its playfulness.  “Down” is an incredibly reliable constant when living on what’s roughly a sphere with a mass of 5.972 x 1024 kilograms, and there are only a small handful of people who have ever had direct hands-on contact with zero-g and the difference between mass and weight, and with it the idea that “up” is what you make of it.  Etherborn is a puzzle/platformer that, while gravity is its usual constant self, the direction of its force is endlessly shifting about.  The translucent protagonist can use the environment to wrap its effect on him/her/itself, changing the wall to floor if only there’s a curved surface handy to walk up, and all of a sudden each level is a 3D maze of constantly shifting perspective.

As a recently-emerged being that’s little more than an androgynous crystalline humanoid shape whose only defining feature is a visible nervous system, it’s hard to know what to make of life.  Fortunately a helpful, patient voice is calling you forward, encouraging you on your journey of discovery.  The analogy of the tree representing the player’s nervous system is made clear on the title screen, and the shape of the birth tunnel isn’t a super-subtle metaphor, but the symbolism is there to be noticed and works alongside the game rather than being a distraction.  The demo I got to play only has the first four areas but quickly showed that, despite cheerfully wearing the art-game label on its metaphorical sleeve, Etherborn is just as interested in wringing every bit of gameplay from its gravity-shifting core as it is in telling a meaningful story. 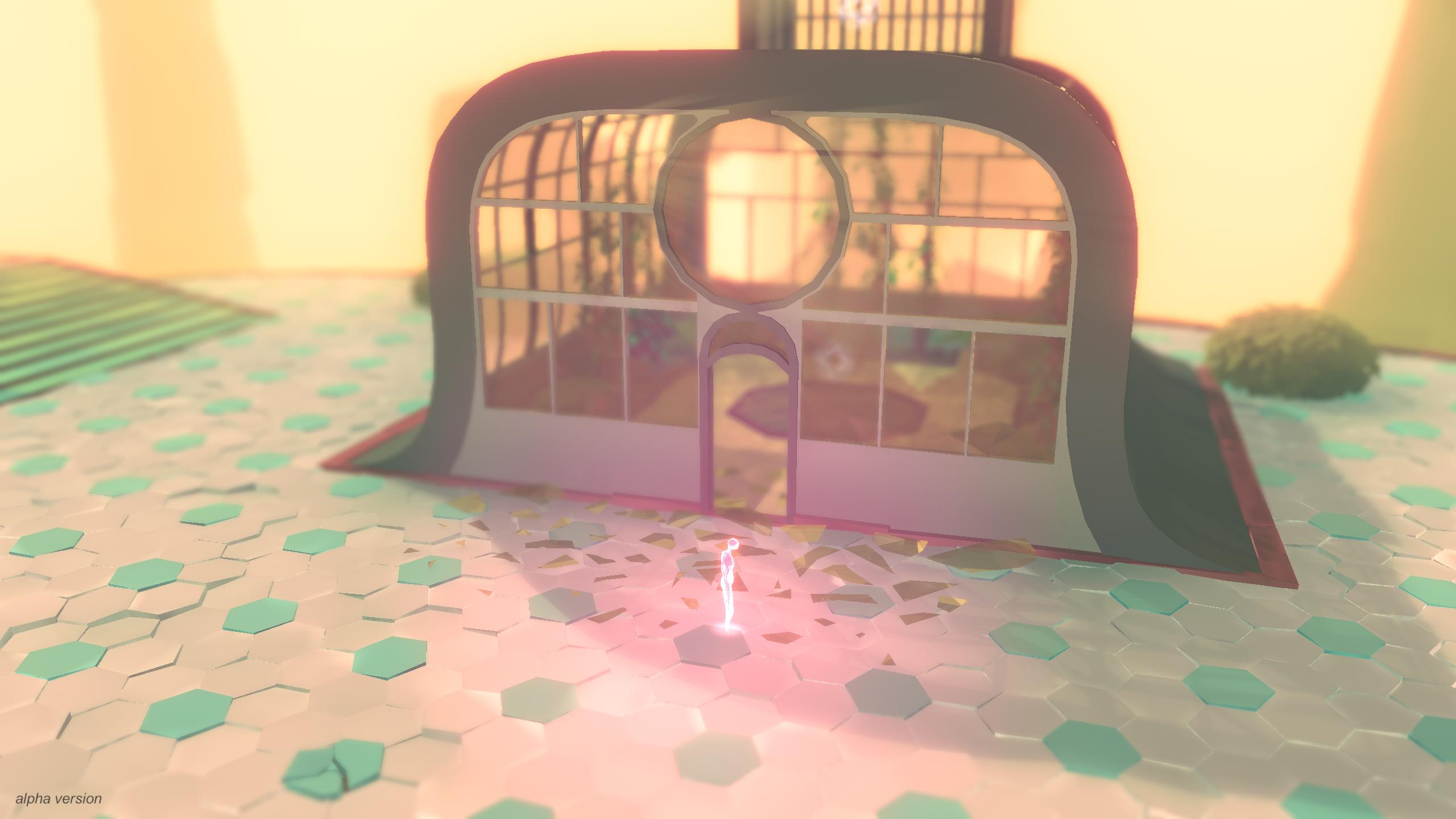 The first couple of areas are your basic tutorial, forgiving while just tricky enough to make sure the player is engaged while learning, and then things kick into gear.  The main hub of the game is a tree with paths carved onto its trunk, and the levels are contained in spheres found along the way.  The player has a total of three abilities in the form of run, jump, and carry, but they’re enough to navigate an increasingly intricate network of switches and surface-shifts leading towards the exit.  The major mechanic is the gravity-shift, and any curved surface acts as a path from the floor to wall-but-now-floor.  The most common curves are obvious, with a ninety-degree angle in the rock wall having a clear section marked out to run over, but it doesn’t take long for bridge arches or other architectural flourishes to join in.  It can be surprisingly tricky to see the blatantly obvious when you’re just thinking it’s part of the scenery.

Etherborn is also a platformer, though, and this is where the gravity manipulation starts playing with your head.  A jump from one surface to another makes perfect sense when viewed from one angle, but stand on a wall and all of a sudden a completely different set of paths open up.  The player can also fall a good way before being reset to the last checkpoint, but again “falling” is relative to the direction you’re standing and puzzles are designed to trick your brain into not seeing the way forward.  Combine that with spheres you need to drop on switches to open up new paths, sitting there in plain sight but requiring a good head for 3D space to work out the route to snag them, and it doesn’t take long for even a moderately-sized level to be a sneaky puzzle of spatial manipulation.  When every surface is potentially usable even a small structure hanging in space becomes intricate. 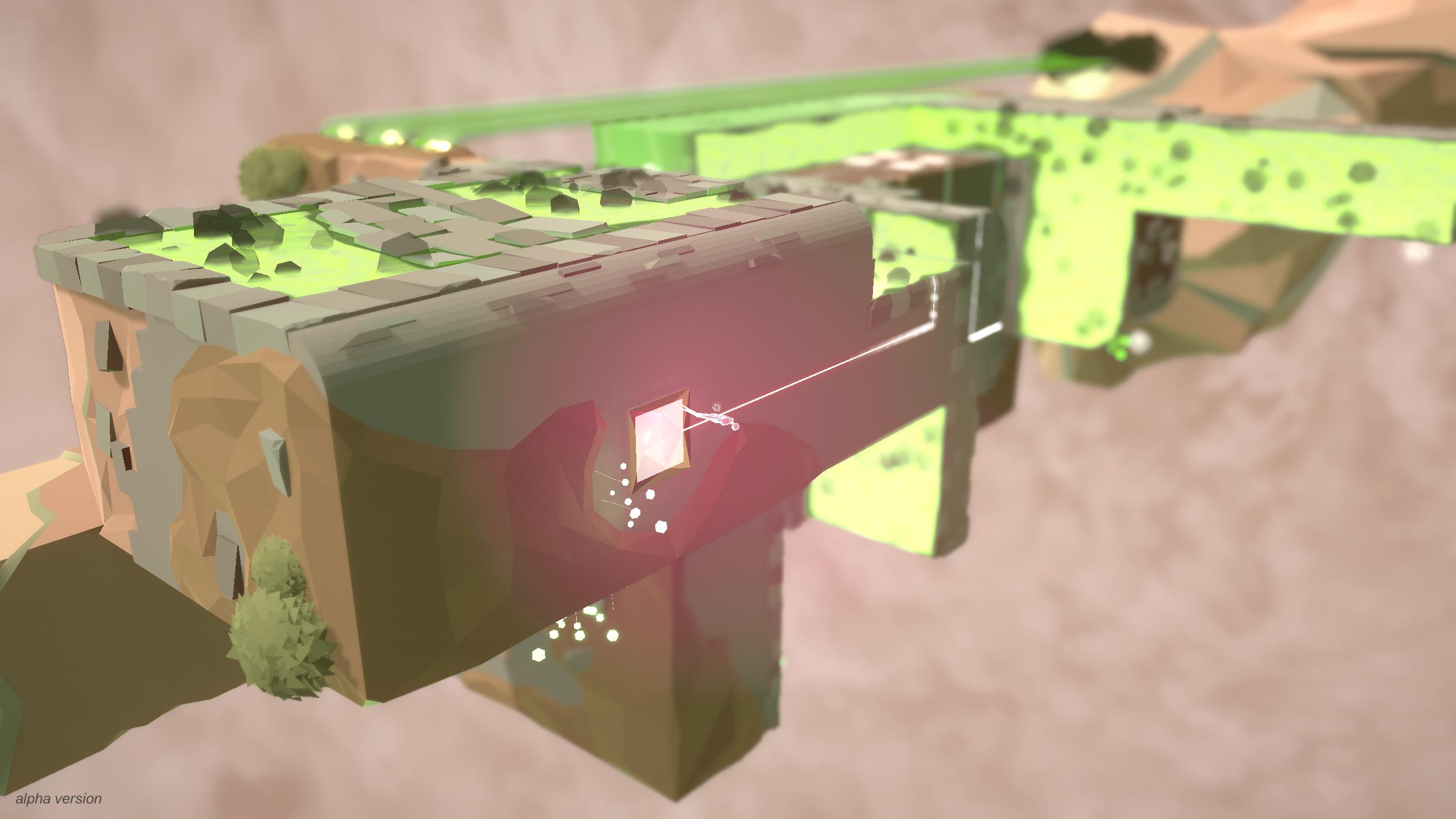 Etherborn is currently running on Fig and doing pretty nicely for itself, sitting at a hair over 50% funded with almost a month left on the clock.  It’s a beautiful and clever puzzler with a sense of playfulness in its design the complements nicely the story’s more serious tone, so it’s great to see it well on the way to its goals.  The campaign is for final polish plus console versions, with the PC version being planned on release in the second half of this year and the other versions coming along when ready.  Head on over and check it out, or at least take a look at the trailer below to get a small taste of the gravity-shifting puzzler in action.