With games like Odin Sphere and Muramasa: The Demon Blade, Vanillaware has established themselves as a developer worthy of attention, in part due to the satisfying and enjoyable gameplay, but also for their unique artistic style. Shortly before the launch of the PlayStation 4 in 2013, the latest Vanillaware title Dragon’s Crown was released for the PlayStation 3 and Vita, showcasing what their games can look like in HD. Dragon’s Crown was as enjoyable as it was gorgeous, and while it was a critical and commercial success, its release was overshadowed by the impending release of the next generation of consoles.

Anyone who missed out on this gem on the PlayStation 3 is in luck, as this title will receive new life on the PlayStation 4 as Dragon’s Crown Pro. This new version will feature improved visuals to make Vanillaware’s signature style come to life, either in 1080P or 4K depending on the player’s setup. The player will have the option to listen to the soundtrack as it was originally recorded or they may choose to hear the newly recorded version by fabled composer Hitoshi Sakimoto, supported by a live orchestra. For the multilingual gamer, the game’s audio can be switched between English and Japanese with the text localized in French, German, Italian and Spanish. All patches, features and the Storyteller Voicepack DLC from the original game will be included in this remaster. 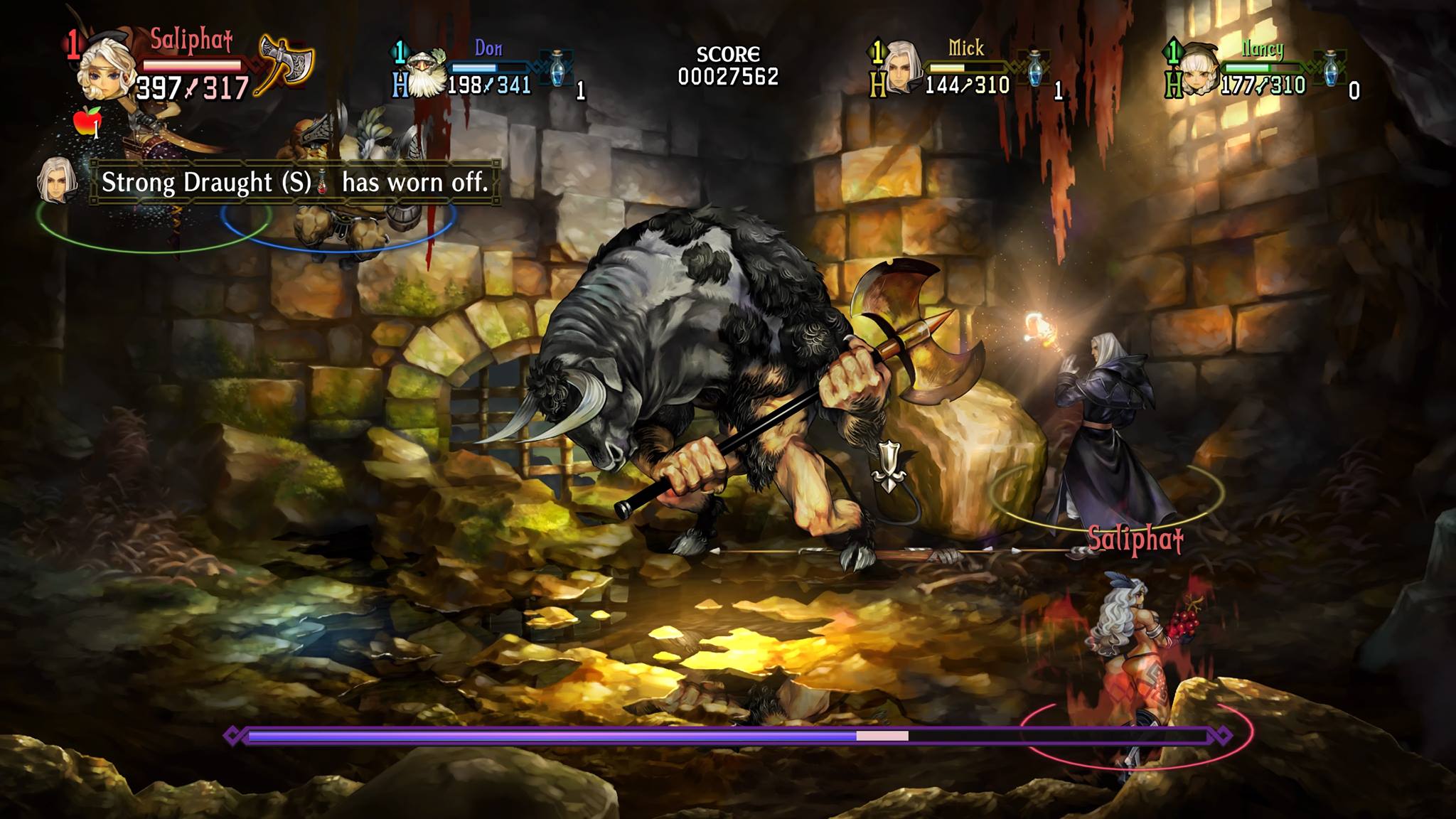 For the uninitiated, Dragon’s Crown is an action RPG that plays like a contemporary version of Golden Axe or Dungeons and Dragons: Tower of Doom. Or Double Dragon except with actual dragons. The player can choose from six different classes, all of which seem typical of fantasy games. The easier classes are of the warrior variety and recommended for newcomers and those are Knight, Amazon and Dwarf. The remaining classes are a bit more fragile but their special attacks pack quite the wallop, which are the Elf, Wizard and Sorceress. Each class plays a bit differently from each other and has their own set of equipment they can collect and upgrade, along with special skills they can improve at the adventurer’s guild.

Dragon’s Crown can support up to four player co-op play, both online and local. Playing with friends is where the game really shines because beat ’em ups just lend themselves to social gameplay and also because combining the different skills and abilities of different classes can really give the players an edge over the enemy. Antisocial players aren’t left out in the cold in that regard either, as the bones of other adventurers can be found along the way and resurrected to provide NPC support to the player during their travels.

One of the nicer features about Dragon’s Crown Pro is that it will be cross-save and cross-play across the PlayStation 3 and Vita versions, so regardless of what platform your friends have Dragon’s Crown you can play together online and if you have one of the other versions but want to upgrade to 4K your save files will transfer, letting you continue where you left off. Dragon’s Crown Pro will release both physically and digitally on May 15. There is also a limited Battle Hardened Edition that includes a metal case and seven different cards, one for each of the six character classes and one card representing the common skills. But how well does the game hold up after five years and is this worth buying again if the PlayStation 3 version is still accessible? These and other burning questions will be addressed in our upcoming review of Dragon’s Crown Pro.