Monster Hunter may be first and foremost known for its in-depth action combat, but it’s no stranger to spin-offs that shake up the formula many fans have come to love and know. One of these is Monster Hunter Stories, which got its start on the 3DS before later being ported to mobile platforms. When it released in the west, the Switch had already been out for over half a year and people were quick to abandon their 3DS systems for the latest and greatest handheld hybrid. Although mostly forgotten at the time, it received a decent following from fans. Many thought it was unlikely the series would see a sequel due to its middling success and following the reveal of a gacha-based mobile title it seemed unlikely a continuation was in the cards. Fortunately that was proved wrong when Capcom unveiled Wings of Ruin as a new entry into the series. After some early hands-on time with the title, it’s starting to look like this spin-off could continue to have a bright future.

Wings of Ruin follows the story of a young coming-of-age rider who is the grandchild of the hero Red. Red, alongside his Rathalos, helped many people in need throughout his time as a rider. Things are amiss in the world now, however, with Rathalos flying off in droves and a strange red light appearing and upsetting monsters in the vicinity. After the young rider has a chance meeting with a wyverian by the name of Ena who recognizes them as Red’s descendant, the two begin their journey and set off to uncover what exactly is going on to cause such a disturbance in the world. It’s up to the rider, their monsties, and the bonds they share to uncover what exactly is going on. 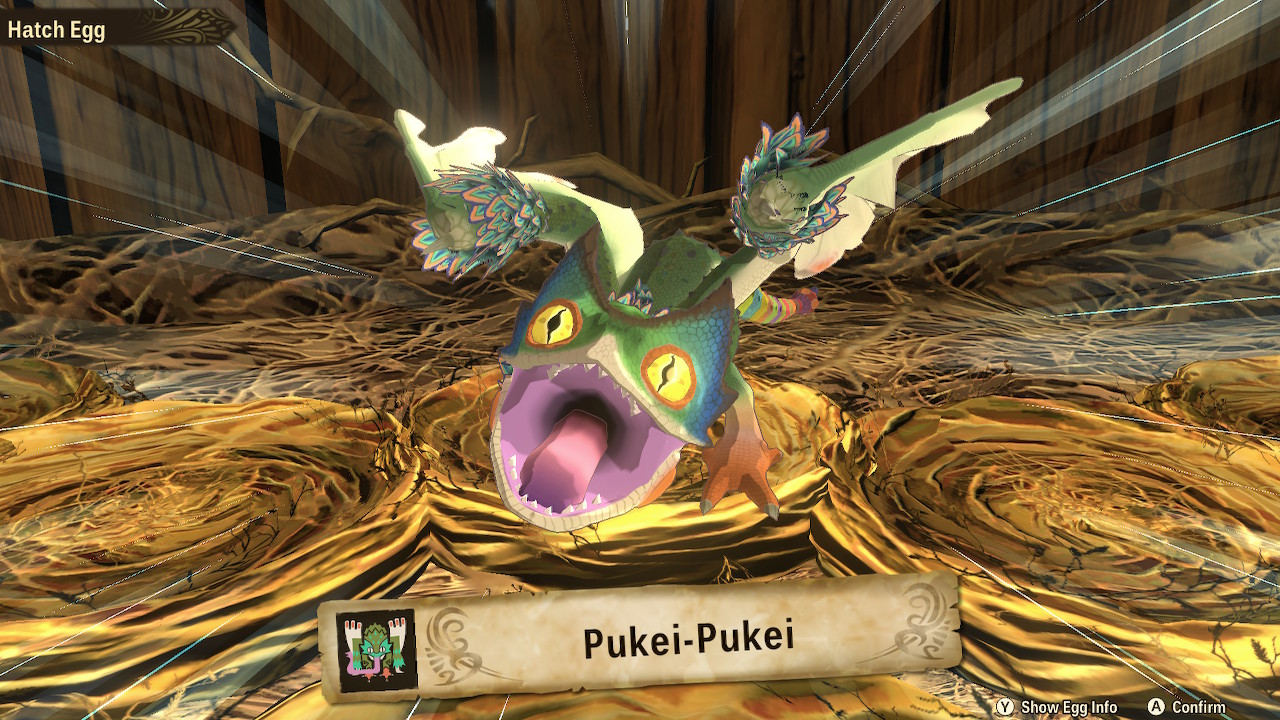 A big part of Monster Hunter Stories is, of course, collecting monster eggs which become the monstie companions. These monsties can be ridden on the overworld map and offer different skills such as jumping or detecting nearby items to help while exploring each area. A big appeal is finding eggs to gather even more monsties that will help in the adventure and it’s easily done as well. Random dens appear on the overworld that can be entered and crafted into mini-dungeons. At the end there will be a nest where players can gather eggs from. Each egg has its own pattern to help denote which monster it is and once gathered can be taken back and hatched into a new ally. The main difference from this entry to the original is the egg no longer needs to be tapped to be hatched, and instead hatches automatically while giving the monstie random helpful stats based on its quality.

The combat is one of the largest notable differences from the main series as instead of the action focus it’s known for, Stories instead takes on turn-based combat. While it would have been enough to keep the combat the same as it was a solid and unique style, there are interesting changes that help flip the formula around. The core of the combat revolves around three types of attacks simply titled Power, Technique and Speed. Every monster and rider can use these attacks in combat and the important element comes from predicting what an enemy will use in order to count them. It’s most comparable to rock paper scissors, but a bit easier as monsters generally have clear signs on what type of move they’ll use once they’ve been fought once or twice. Most monsties are also inclined to use one type of particular attack, so switching them out to fit the situation in favor of the current fight is important to keep in mind. There’s also another element that explicitly concerns the rider and type of weapon they use, which is the newest element to fights. Monsters now have weaknesses and resistances to weapon types which will change based on the body part being attacked. This makes crafting multiple weapons an important element as three can be equipped at once and changed freely during combat in order to have the best chance. 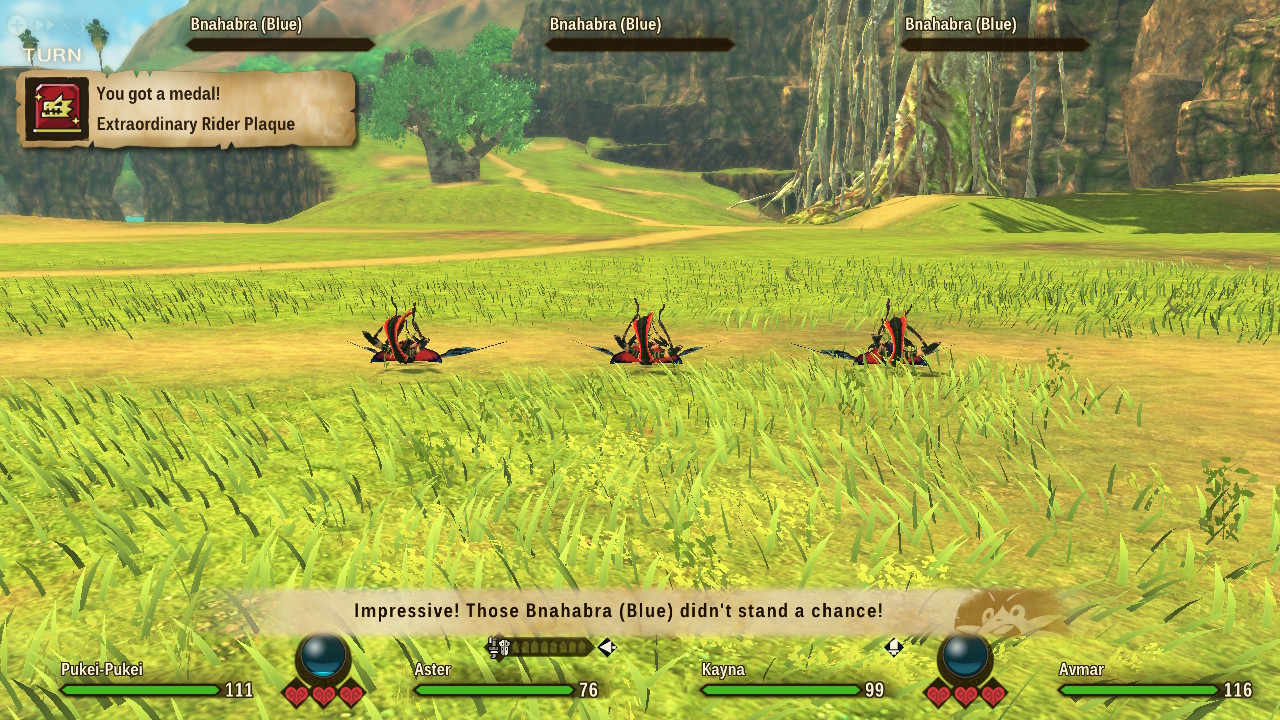 Since it is Monster Hunter after all, crafting armor and weapons is still a key element. In Stories this task is more simplified, as generally speaking most monsters will only drop three different kinds of items. Fortunately the ones needed for gear don’t tend to be too specific, and hunting a monster once is almost guaranteed to be enough to craft some weapons or armor. Armor isn’t split into individual pieces, but instead crafts the entire set at once, so making gear is often more focused on its defensive capabilities instead of skills. Since it’s relatively easy to craft multiple sets, grinding for it feels like less of a chore and quickly jumps to fight after fight in order to quickly gather required materials and continue on with the story.

One of the strongest elements of this spin-off so far is how it still manages to still feel so much like the Monster Hunter people know and love despite being relatively far removed from the original in most traditional ways. The combat focuses on learning monsters and the types of attacks they’ll use, and the attention to detail on weapon weaknesses to certain monster parts makes it still feel strategic. Fights also aren’t like many other turn-based RPGs where fighting tons of enemies to level up is required, but instead the fights last a little bit longer with greater reward like how one would expect in Monster Hunter. Avoiding monsters is a completely valid strategy when wanting to move along but there’s always benefit in taking down a couple on the way to the next objective or while trying to collect a few more eggs to hatch some new monsties. 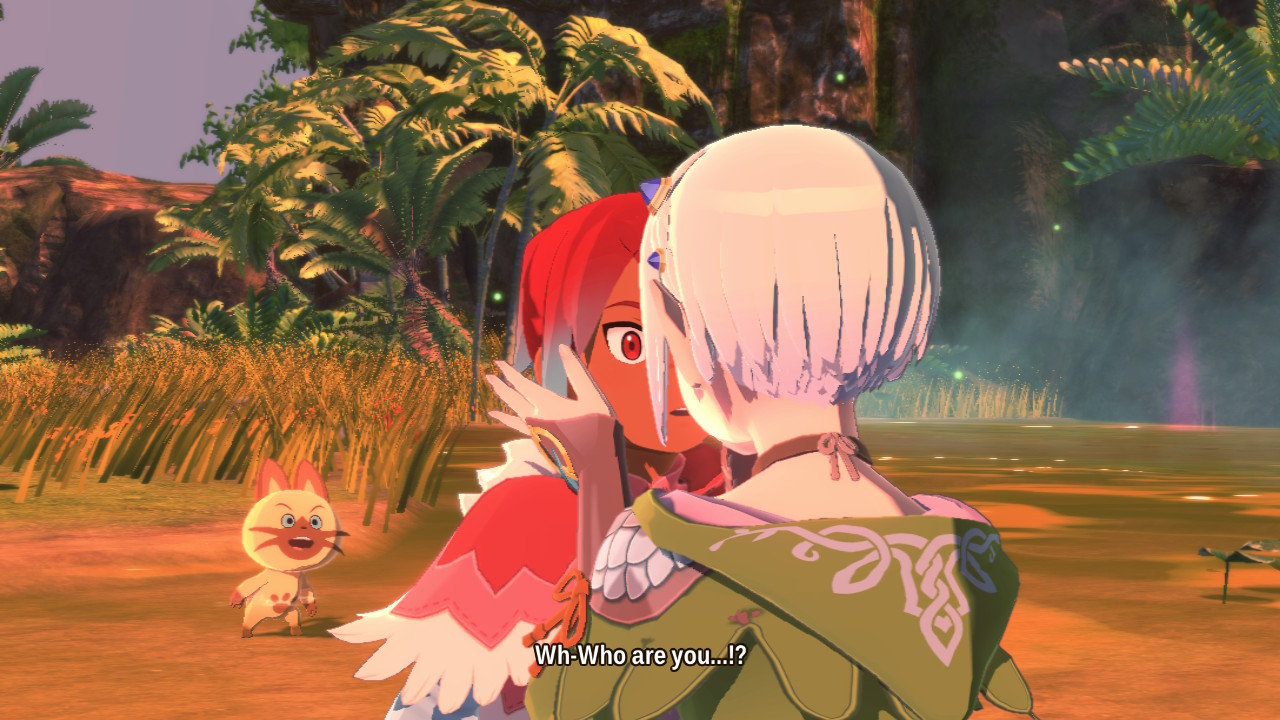 While the original Monster Hunter Stories didn’t manage to make the largest of splashes, it did have a lasting impact on those who enjoyed it and it’s a delight to see the series is still looking bright with this upcoming sequel. There’s so much here that’s not just utterly charming, but a great change from the original that helps make it easier to approach without losing what made it fun to begin with. Those interested in checking out Monster Hunter Stories 2: Wings of Ruin should be sure and try out the demo that will be available starting June 25 and consider picking it up when the full release launches on July 9.