The Neverwinter MMO has been around for over five years now. It gained quite a bit of popularity by replicating traditional Dungeons and Dragons classes, monsters and scenarios in a free-to-play MMO setting. After a few years of a successful PC launch, it saw release on both Xbox One and PS4 within a year of each other. Following these releases, Neverwinter has received multiple modules which act as major new updates to the game which includes brand new stories and quests for players to experience. The latest module making its way to players is known as The Heart of Fire and takes adventurers on a journey they’ve likely never imagined before in their lives.

The premise of the latest module takes players into the Blacklake District, where a brand new job faire has opened up for everyone to come take part in. Unfortunately, things aren’t looking to great for a druid in need of some help. Two other groups have set up straight up competition for the faire and it’s up to ready adventurers to sabotage their plans and get them out of the running for the job faire. It’s well worth the trouble too, as helping this druid will set players on the next great adventure. Once they’ve managed to stop anyone else from interfering in the job faire, they’re ready for their internship. 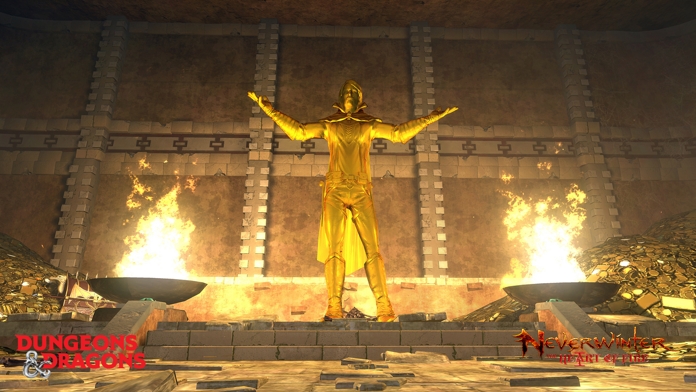 Following a successful sabotage, players will have the opportunity go through an intern trial as Acq. Inc. Headquarters. Of course the best way to start off an internship is with orientation, and in its own unique fashion this is a wonderful ride through the definitely-fully-constructed building. After that, players will begin the actual journey throughout the Sword Coast in a more traditional quest setup with its own quirks and quips along the way. Ever wondered what Beholder convention looks like? Well now will be the perfect time to dive into the insane line of quests in order to find out.

This quirky take on the world of Dungeons and Dragons in Neverwinter is a delightful change of pace to others that take a more serious approach. The job faire in itself is sounding like a great take on other titles that give players the opportunity to choose from their favorite NPCs to decide a class, only with a unique twist in sabotage. The orientation is also a hilarious and fun entry into all new manner of quests, where players get a great look at the two that are supposed to be guiding them on their way – but are a bit of a mess themselves. There’s a lot to look forward to in the upcoming Neverwinter module. This isn’t even mentioning professions getting reworked and allowing players to manage their own workshop in Protector’s Enclave. 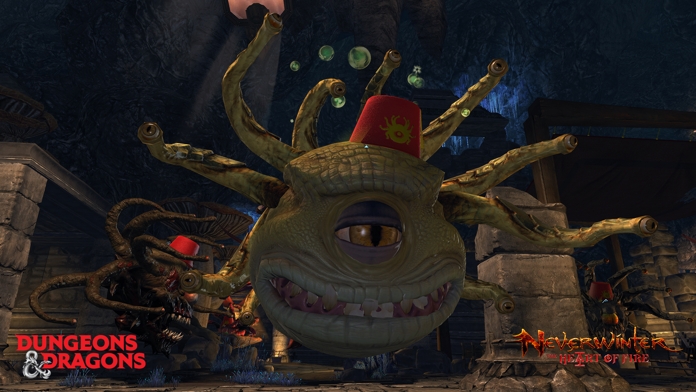 Anyone interested in Neverwinter, those who have taken a break and anyone still playing should look forward to the latest module update. With a whole new slew of quests and story to embark on, it will make for a hilariously enjoyable journey that will be a blast to take part in. It shakes things up in just the right way that it’s funny and enjoyable, but isn’t distracting or take away from the core gameplay at all. Those wanting to jump into the wonderful world of Dungeons and Dragons in a beautifully unique take should prepare themselves for everything to come. The Heart of Fire module is planned to launch in Neverwinter this fall, so players have a bit of time to prepare to set on the crazy journey of quests that awaits them on PC, PS4 or Xbox One.