Video games have traditionally had players assume heroic roles, ridding the world of great evils while becoming a beacon of hope to mankind. This is not always the case, as game developers have realized there comes a certain joy with being evil, extending game protagonists into antiheroes, criminals and outright evil beings. Fallen Angel takes this concept and decides to go all in, putting the player in control of Lucifer as he goes to war against God and his army of archangels. Playing as evil protagonists is not the norm but it’s not exactly breaking new ground either, but playing as the devil is an angle that’s rarely seen in games.

Inspired by John Milton’s Paradise Lost, Fallen Angel takes place in a twisted version of Heaven. After being banished from Heaven, Lucifer returns to Heaven for vengeance but things aren’t exactly as he left them. The archangels are all fighting for control of Heaven while God basically said nuts to this and left the archangels to their own devices. Known for being opportunistic, Lucifer takes advantage of this situation by hacking and slashing his way through Heaven, systematically taking out the archangels. 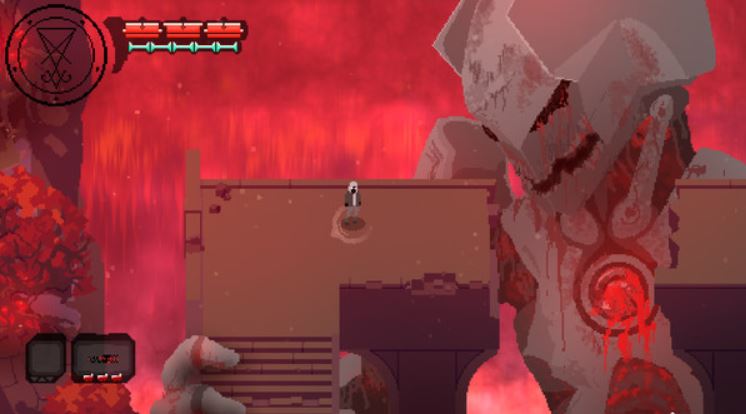 Fallen Angel is a throwback to the 8-bit era. The stylized pixel art graphics are reminiscent of the glory days of the NES, when everything was pixelated and blocky but still contained expressive and interesting characters. The action gameplay is from the overhead perspective but includes some interesting mechanics such as aerial combat as Lucifer explores Heaven and kills his holy enemies. Lucifer explores Heaven that features a variety of different landscapes and environments and ultimately faces off against the end of the level archangel boss. These bosses can be rather intense but if the player is wise they can save up their power to transform into Lucifer’s more powerful, demonic form to make the battle much easier.

“Will you take the Mantle of God and become the new ruler of the universe? …or will you end the tyranny of creation by destroying it all?” is a tagline on the Steam page suggesting that a choice will have to be made at the end of the presumed eventual conflict with God. Nothing concrete was stated by the developers regarding this but it’s this writer’s speculation that maybe a choice will be made at the conclusion of Fallen Angel to either take dominion over the universe or simply destroy everything in it. Depending on the day the player is having, either option has the potential to be satisfactory or cathartic. 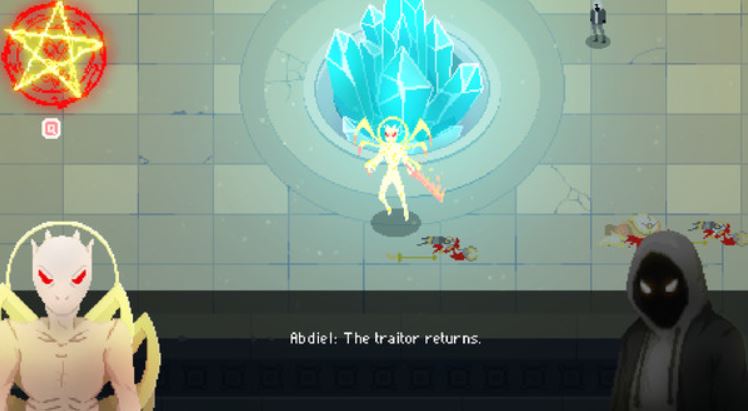 Fallen Angel hearkens to the era of overhead exploration with an art style that looks straight out of 1991 with game mechanics to match. The retro feel is welcome to fans of indie games or those who grew up in the 8 and 16-bit era, and the demo showed that this title does an admirable job of paying homage to classic games while creating its own demonic branding. While it was not available during our demo, Fallen Angel is said to feature shared and split screen co-op and is slated to be released later in 2020.