While players were fully expecting a brand new Magic Ranged DPS in Endwalker, we instead receive a fifth melee DPS, only helping Square Enix’s dedicated approach to encourage a double melee party composition. Alas, this doesn’t mean that us casters are left without fewer options as this category has gone through a surprising number of reworks, especially when it comes to Summoner. Red Mage also has picked enough to almost suggest it has been reworked, whereas Black Mage is more or less the same. Getting hands-on time with these three powerhouses, we’re impressed what Square Enix has been able to accomplish. 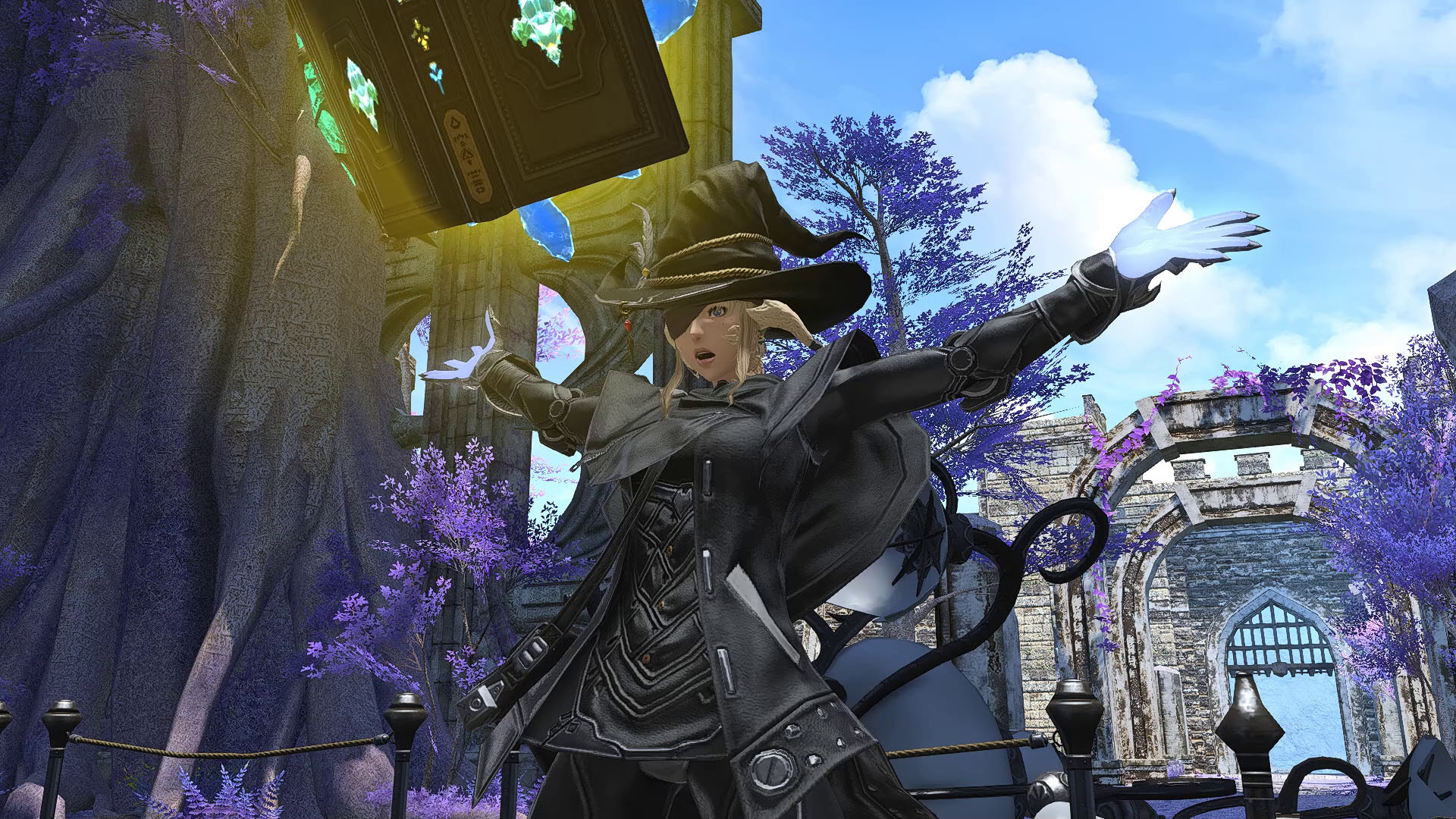 I’ll be the first to admit that I don’t like or have ever liked how Summoner has played. I don’t particularly enjoy dot management on the job even though, if played optimally, you only need to hardcast them once per cycle, but everything about Summoner felt clunky and I was too focused on my hotbar. This is a job that has had an identity crisis for many years now, trying to evolve while holding onto older philosophies to the point fans expect a rework every expansion. Now we have yet another in Endwalker, and it’s the biggest change we’ve ever seen from the job.

Square Enix have essentially removed dots all together, minus one in the Garuda phase that’s more of a persistent AOE similar to Dark Knight’s Salted Earth. This feels like a Summoner, conjuring the power of Primals to inflict damage and alter abilities. Actually, the biggest reason I enjoyed my time with the new Summoner is how few buttons there are. It’s still busy, but there are far fewer job actions to assign, which for a controller player such as myself is a blessing.

Even though dot maintenance is a thing of the past, Energy Drain and Aetherflow are retained, which will act as two things: being able to use Fester (as usual) and granting a single cast of Ruin IV, which lasts 60 seconds. The former is just an OGCD now, not being affected by anything else, whereas the latter is a more powerful attack that also damages surrounding enemies. Even Tri-diaster is still in the skill list, but it’s simply an AOE attack used over Outburst. The Bahamut phase has been reworked so each Astral Impulse (which replaces Ruin III) is an instant-cast like the vast majority of the actions, and Devotion has been replaced by Searing Light, which grants the party 3% damage increase for a staggering 30 seconds — which seems like a long buff in comparison to the other 120 second buffs. Lastly, there’s a Manaward-esque defensive ability that creates a barrier that absorbs 20% of your maximum HP for 30 seconds.

The rotation is simple, but most likely will be more challenging to optimized because of the different special abilities each primal has at its disposal. The Bahamut phase can be immediately triggered and will unlock three different Primal phases to pick from, each with their own single target, AOE and Astral Flow abilities. Garuda’s Slipstream will apply a fifteen second persistent AOE on the target and Titan acts as Gunbreaker’s Continuation where you weave in an OGCD unlocked after each attack. Ifrit is the odd one out, as its stacked casts are not instant (which is only two instead of four), and the Astral Flow ability comes in two forms: a gap closer and a follow up melee smack down. After getting through each of these Primals, Phoenix will be able available to summon, which more or less acts as it ever has. This then unlocks another set of Primal summons, and back to Bahamut to repeat all over. This flows well, with maybe only two Ruin cats in between the Primal summons and Bahamut/Phoenix phases.

As someone who has never really enjoyed the job, Summoner has never looked more refreshing. It still feels busy and a lot faster despite having so few buttons, but it seems like a job that would be fun to optimize per fight, picking and choosing the rotation of the primal summons. If anything, it makes Summoner an even more mobile caster and one of the flashiest. 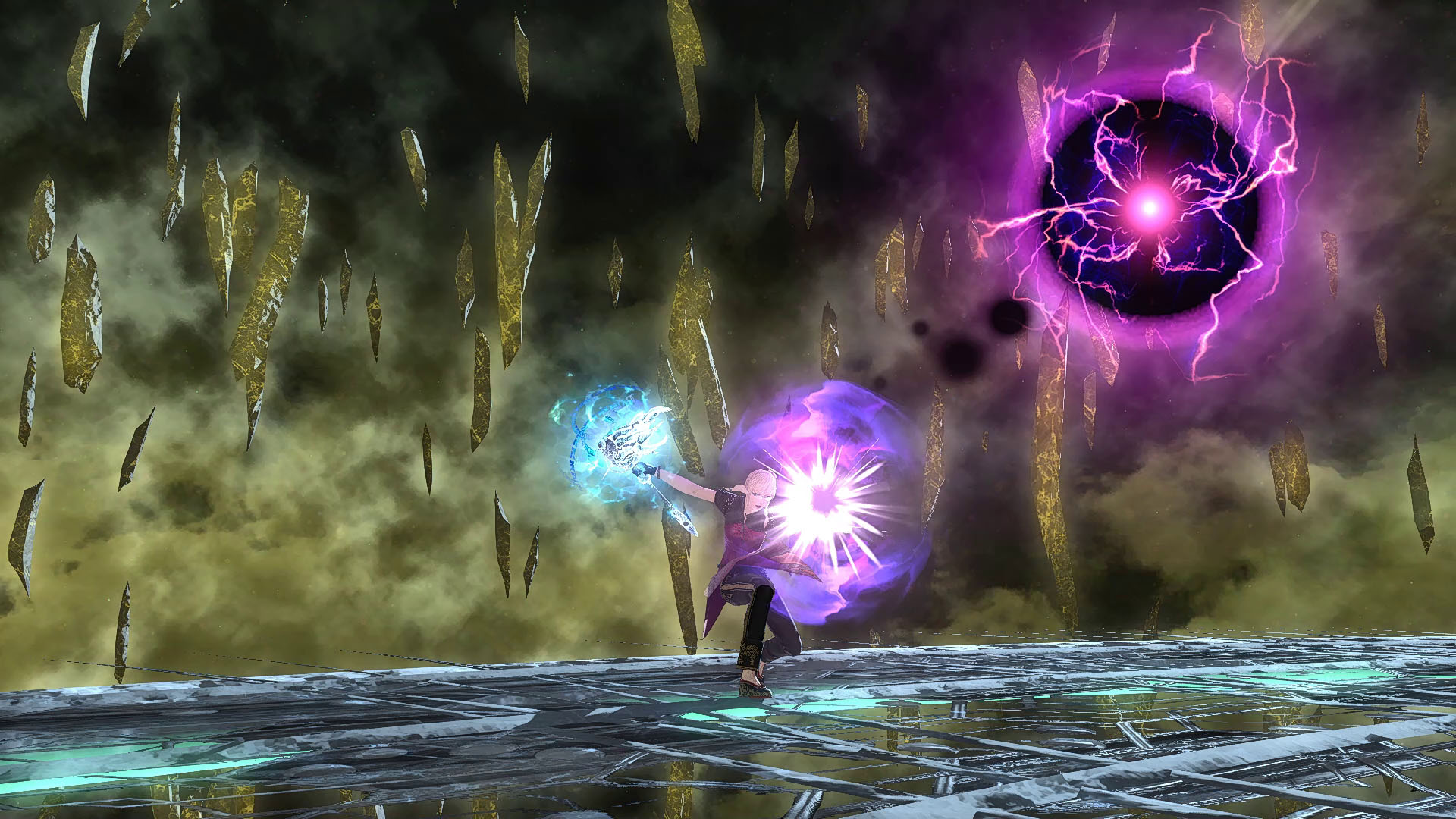 Not a whole lot has changed with Black Mage, and probably for a good reason. This has been refined immensely to be a one of the most challenging but rewarding jobs in the Final Fantasy XIV, so I don’t think anyone expected any level of rework, just maybe minor adjustments. For starters, Enochian is now persistent, meaning there’s no longer an awkward weave in the opener or have to worry too much about losing it. You’ll still need to maintain Astral Fire, but it’s less punishing if dropped. It still will be costly, but not as nearly as much, meaning it’s easier for newer players to get a grasp of the rotations, lowering the skill requirement while maintain its level of difficulty for optimization in end-game content.

Outside of that, the Thunder proc has been increased to 21 seconds, making it easier to maintain the dot, Foul is an insta-cast but its falloff is now 50% instead of 25%, Sharpcast has two charges, and there’s an Enhanced Flare that does more damage. For additions, there are two AOE attacks that replace their lower level counterparts: High Fire II and High Blizzard II, the former of which is what triggers the Enhanced Flare. Amplifier is obtained at level 86 and grants a single charge of Polyglot every 120 seconds, and then there’s Paradox at 90.

Paradox is by far the biggest new skill for Black Mage which deals a staggering amount of damage. This is a way to ensure Enochian doesn’t drop even more so, refreshing Astral Fire and granting a 40% chance of Firestarter. This is simply a new addition to the gauge and activates whenever swapping between Astral Blizzard and Fire, potentially putting Fire I to the backburner. It also has a visually-appealing effect that goes well with the rest of the skills.

Again, not a whole lot has changed for Black Mage, just some adjustments to Enochian to make it far less punishing and easier to maintain. 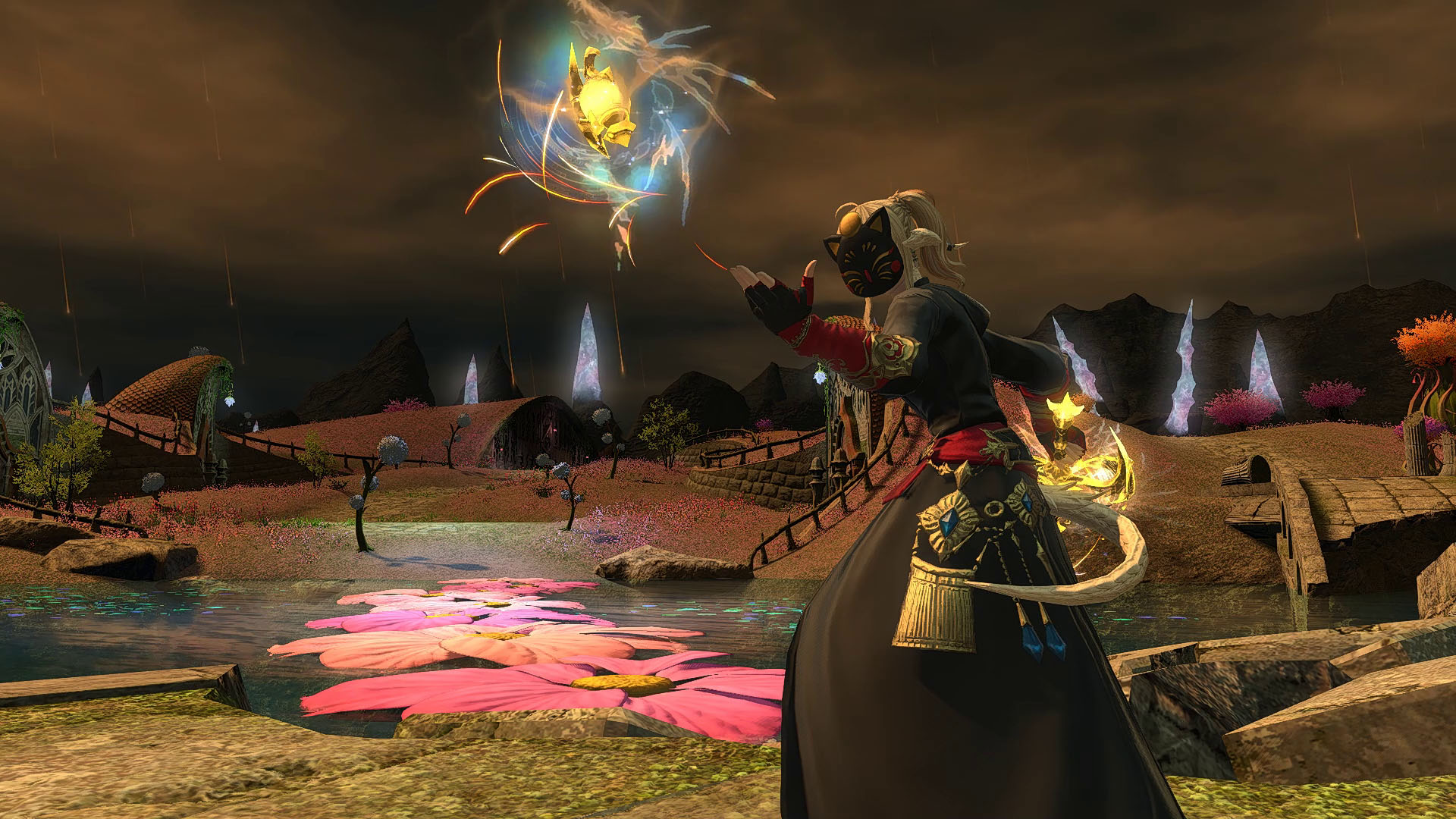 Surprisingly, Red Mage has received sizable changes I didn’t think it needed. Firstly, the red and black mana gauges have been reworked, with every cast giving roughly half the mana it used to. This has been adjusted because of how the melee combo now works. Before, 80 mana was needed from both pools, but now it’s only 50. On top of that, Manafication has been reworked so it doesn’t just double the mana pool, but adds 50 to each, alongside boosting the 5% damage increase to 15 seconds to compensate for the new melee combo finisher. This is called Resolution and just as it sounds: the burst’s new conclusion that deals excessive line AOE damage.

In fact, there’s a greater emphasis on spread damage, as Verholy, Verflare and Scorch all now affect their surrounding areas, although still dealing close to their original damage. While this is a great change, one surprising alteration is the decrease in Enchanted Moulinet, dropping from 200 potency to 130. While this will affect unique scenarios, you’re now able to obtain what are called Mana Stacks for each melee hit in succession (outside of Enchanted Reprise) and be able to move onto the Verholy/Flare phase after collecting three. The Moulinet combo will require 10 more mana than the standard single target rotation, but if three or more enemies can be hit, it’s worth it.

The caster has also received a Magick Barrier, which is a useful 120 second cooldown support skill, giving party members 10% damage reduction alongside 5% HP recovery from healing actions for 10 seconds. Outside of this, there’s Verthunder III and Veraero III, upgraded versions of their single target casts, boosting their damage output ever so slightly. Acceleration, Engagement/Displacement (which now do the same amount of damage, so you can more or less throw out the latter) and Corps-a-corps also have two stacks.

I’ve saved the best for last. Embolden, one of the few buffs that was limited to specific jobs, now finally just increases damage dealt. No longer is it limited to a party’s physical-based damage, meaning that Ninjas, casters, healers and even Paladin if for some reason they’re using a Requiescat opener, all will benefit from Embolden. I’m more than ecstatic about this long-awaited change.

I love what they’re doing with Red Mage. While it feels like there will be fewer melee combos due to the mana distribution scaling, with the support Magick Barrier, and Embolden no longer only affecting physical damage, this excels the job to more than just a rez mage and fits better in all party compositions.