While they don’t do as much damage as the caster and melee, the physical ranged jobs play a vital role in contributing to the party composition and party utility. Most come with their own unique spin, such as Bard’s songs, Dancer’s dances and Machinist’s…well, raw power, but they also have more damage reduction skills alongside actions that you’d expect to be in a healer’s toolkit. We were able to take a look at the three physical ranged jobs and their changes in Endwalker, and while Machinist doesn’t add too much, Bard and Dancer pick up nice quality of life improvements. 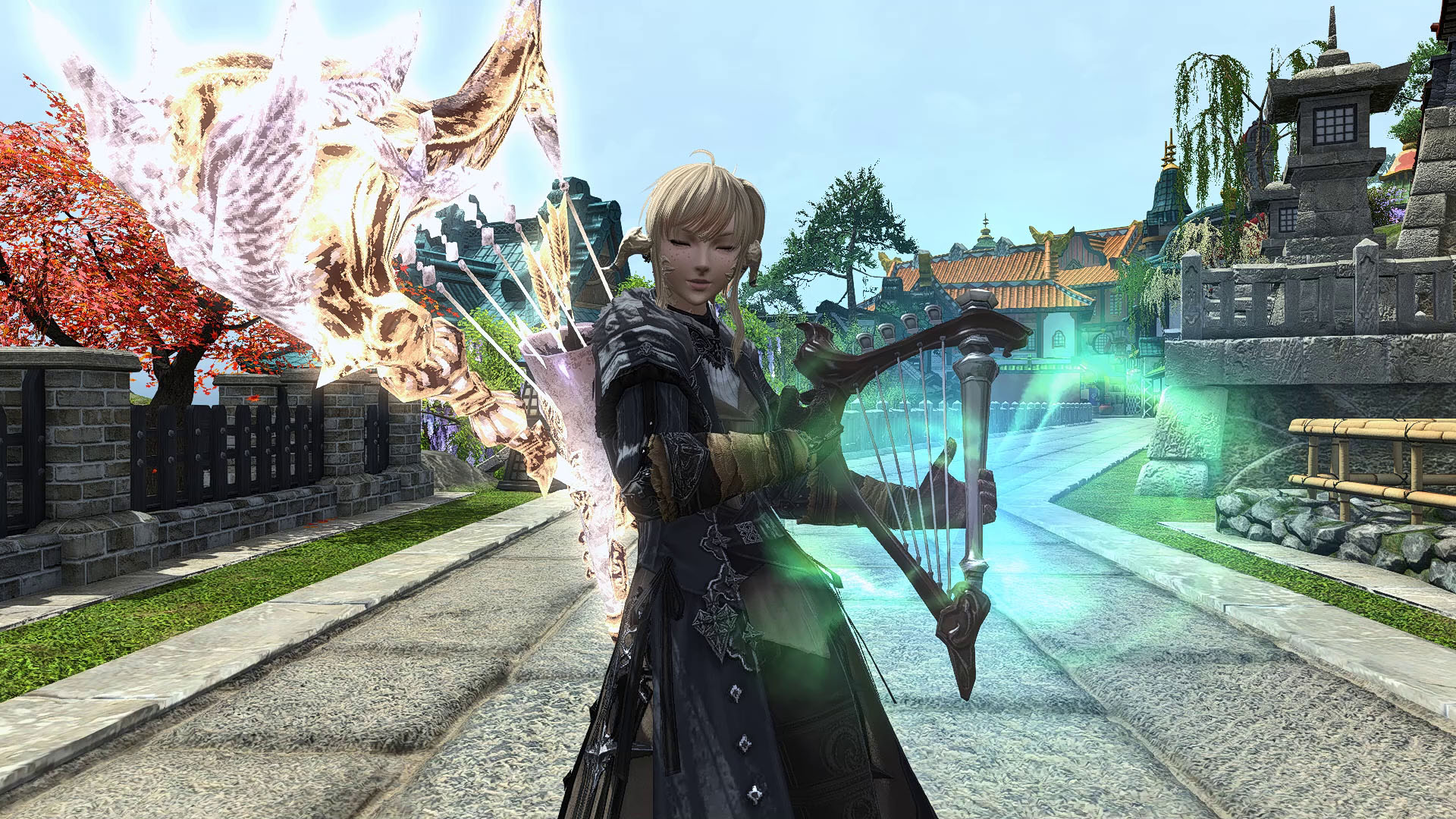 Probably one of the few jobs in Final Fantasy XIV that needs the most improvement, Bard gets solid changes that hopefully will have it better fit within all party comps. One of the bigger alteration is that all songs are now 45 seconds long. You’d think this would make them far easier to manage, which technically yes, but the 80 second cooldown on each song has been increased to 120 seconds. It roughly comes out to the same because of this, but instead lines up with other party bursts. To maintain this change, the dots have also been shifted from thirty seconds to forty-five in length, ensuring Iron Jaws will be pressed far less.

Outside of this, the duration in which Straight Shot Ready is activated has been significantly increased from 10 seconds to 30 seconds. Battle Voice’s duration has also been reduced to 15 seconds, but is now on the newly unified 120 second cooldown. Barrage’s cooldown has been increased by 40 seconds, which is surprising because this should be guaranteed more often, not less. Bloodletter and Rain of Death now have two charges, Raging Strikes has been reduced down to 60 seconds (which is a helpful improvement), and finally, Troubadour’s use has been reduced to 90 seconds at level 88.

As for new actions, Quick Knock becomes Ladonsbite at level 82 which sees a 10% increase in damage. Upon using Apex Arrow and the Soul Voice Gauge is 80 or higher, you’ll be able to follow it up with a brand new powerful line-based attack called Blast Arrow. This is a great new addition that should make Bard’s burst far more compelling. More importantly, at the new max level, players will gain access to Radiant Finale. This is a brand new buff that, for fifteen seconds, will grant the party a damage boost entirely based on how many songs were played. So if only one song was played, the boost is only 2% for the party, 2 songs is 4% and 3 songs is 5%. This is a fantastic addition that makes Bard far more appealing than ever before.

Overall, I liked what I saw with Bard. The largest alterations are focused on adjustments to the cooldowns, some for the better while at least one is questionable. Radiant Finale could very well make the job as appealing as Dancer with more beneficial party buffs. With the increase of song and dot durations, this should help newer players jump in with ease. 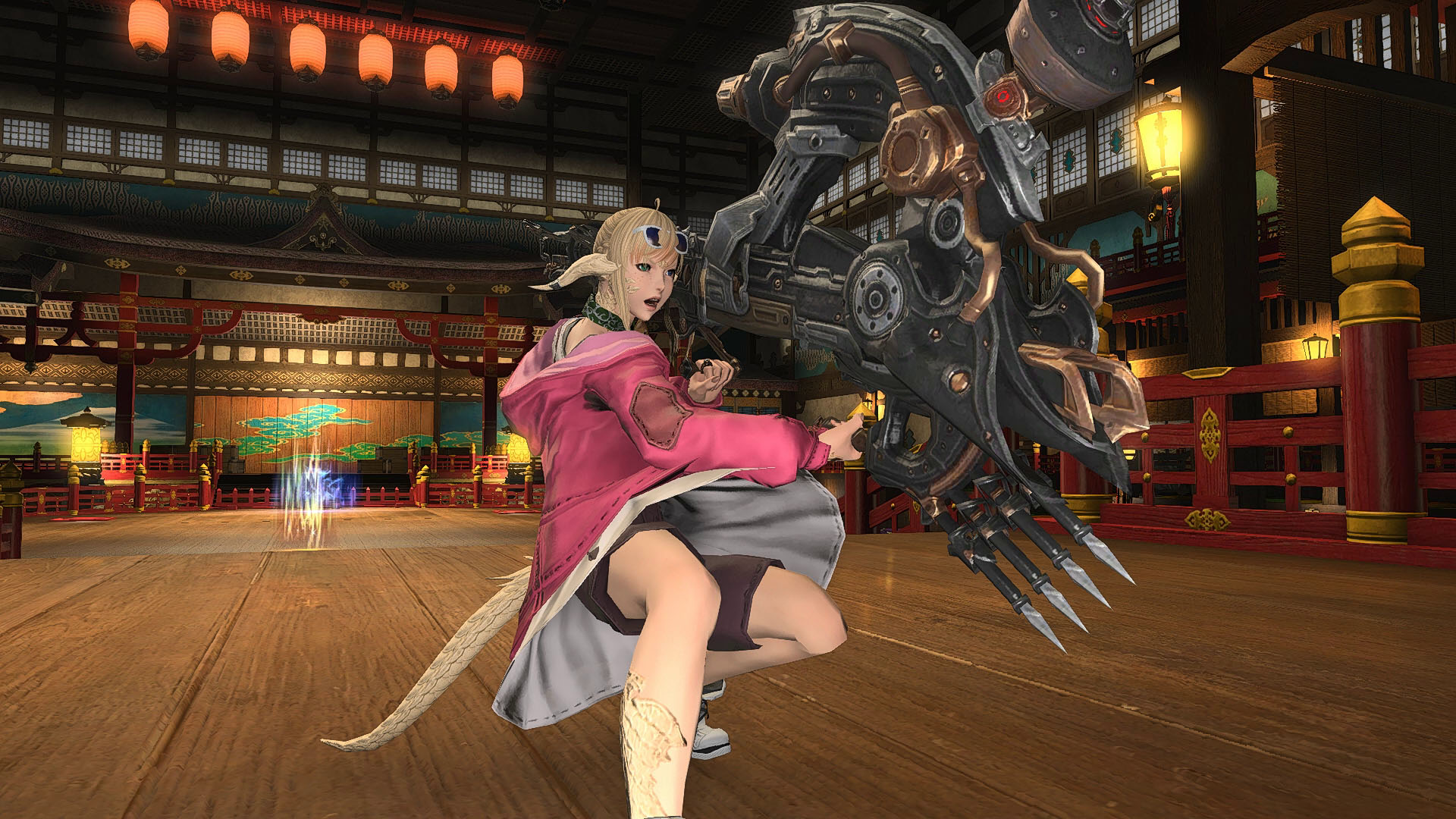 Unfortunately, Machinist has received a similar upgrade path as Dark Knight: very little. The difference being of course that Machinist has been in a solid place through Shadowbringers being the selfish Physical Ranged job, and this is carried forward into Endwalker. There’s still Tactician, which is reduced to 90 seconds at level 88, but the job’s purpose is doing raw damage similar to Samurai and Black Mage. Seriously, the only real change outside of potency adjustments is that Reassemble has two charges now. That’s it.

For added skills, Scattergun is a replacement AOE attack for Spread Shot disguised in a shotgun. On top of that, Machinist comes with a slightly unimpressive Chain Saw attack at 90, which is more or less another Air Anchor, even raising the Battery Gauge another 20. It’s actually surprising this is a new attack rather than Air Anchor’s replacement because they basically function the same, just with line AOE damage at an unfortunate 65% falloff. Finally, the Automata Queen has a follow up attack after Pile Bunker called Crowned Collider, dealing even more damage, and being something hardcore players will have to consider when aligning with buffs.

And that’s basically it. The improvements and additions to Machinist are a tad disappointing. It’s potentially even more unimpressive than Dark Knight’s changes, but at least the animations are still some of the best in the game and Machinist is still in a decent spot in the Physical Ranged category. 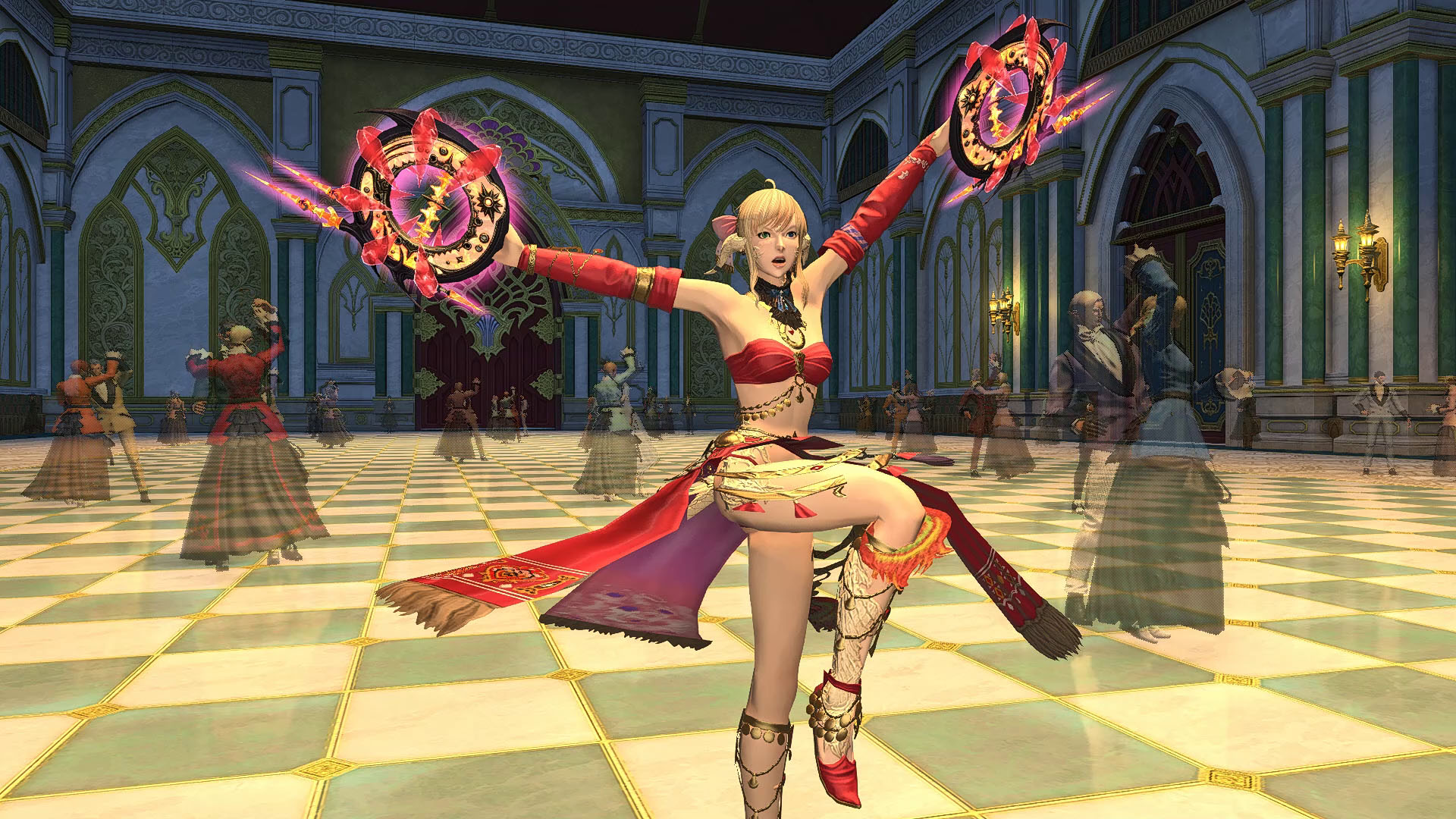 Introduced in Shadowbringers, Dancer became one of the most popular physical ranged classes. It was easy to use and contributed immensely to parties, especially to the player they were dance partnered to. With that said, while Dancer’s toolkit hasn’t changed too much outside of sizable potency adjustments to the AOE attacks, there are surprising reworks.

Most notably is how procs now work. Instead of each skill having their own proc, the single target and AOE attacks share; so for example, Cascade and Windmill now share a Flourishing Symmetry, while Fountain and Bladeshower can proc Flourishing Flow. This makes it so the level 72 skill “Flourish” operates differently. Instead of being able to hit every proc, you’ll have to choose between the single target and multi-target skills. In addition, the ability to perform both Standard and Technical Step dance moves with the AOE abilities instead of just the single target ones has been added. I think this is an improvement; hitting Flourish was a fun DDR mini-game to see how many procs can be hit before the timer runs out (which the procs now last longer), but with the two new added abilities, it works out to be about the same just with more damage and flourish.

The two added abilities come at level 86 and 90 and can only be activated under specific circumstances. For example, Fan Dance IV is an AOE attack that deals 33% more damage than its third iteration counterpart and can only be done under Flourish. On the other hand, Starfall Dance will dish out a critical direct hit attack that’s close to the damage of Standard Step with a 60% falloff rate, and can only be activated whilst under Devilment. These are flashy and worthy additions in Dancer’s arsenal, especially giving Devilment a little more to do than just press it and pray to RNG Jesus. There’s also Tillana, a follow up to Technical Step that will do damage and refresh your Standard Step.

Besides these, Shield Samba will reduce its cooldown to 90 seconds at level 88 and Improvisation has been adjusted to give a heal-over-time effect to anyone who stands in it instead of a healing bonus. On top of that, there’s a new Improvised Finish where if four stacks are earned while using Improvisation, it’s converted into a barrier that protects players for upwards of 10% maximum HP.

All of this contributes to a surprisingly well-evolved job. It’ll still be arguably the easiest class to play, but it has been condensed and improved upon in a way it’s even more intuitive and fun to play.