At PAX East, a panel was held dubbed “Fuse: The Sleeper Hit of 2013”. While Insomniac has said that it would be happy with that status for the game, the more we hear about and play of it, the more it becomes clear that it deserves to be a irrefutable blockbuster. A little over a week ago, we were able to sit down with Insomniac CEO Ted Price to discuss practically everything about the game, and just days later at GDC, treated to a special gameplay session with the same host. It’s one of those cases where everything you hear about a game turns out to be accurate, with gameplay and story mechanics perfectly transferring on screen. 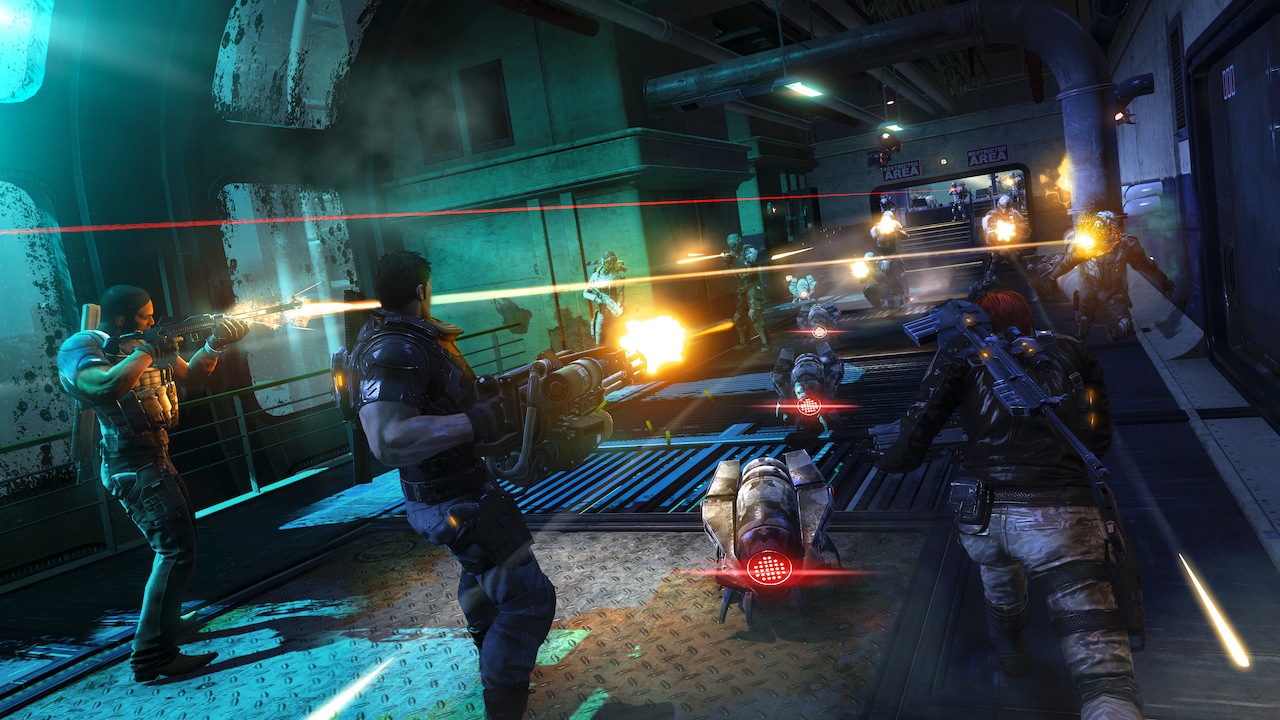 Fuse is first and foremost a co-op game, and unlike other entries in the genre, actually requires cooperation with teammates to win. Four characters are included — Dalton Brooks, Naya Deveraux, Izzy SInclair and Jacob Kimble — that each have their own unique Fuse-enhanced weapons. Izzy is the healer of the group, Naya the shooter, Jacob the archer and Dalton the tank. While all four are great choices, I predominately played as Izzy, as her accurate rifle allows enemies to be taken out without running straight into battle. The neat thing, however, is that you’ll find yourself cycling between all four characters (if you’re playing single player) once you get accustomed to them. Co-op sessions where everybody decides to tank or rush at once aren’t viable. Dalton’s Fuse weapon, for instance, is the Magshield. This weapon is defensive and used to shelter teammates from attack. It does build up energy with a burst attack and alternate weapons can be switched to, but players who play as him will predominately find themselves taking on his intended role.

Every weapon is assigned to the d-pad, with the Fuse one always mapped to up, while left and right controls a secondary rifle and handgun. Grenades are lobbed by hitting the left bumper. While various secondary weapons can be picked up throughout the game, the Fuse weapon always remains the same. Ammo or Fuse can be found scattered around in boxes throughout environments; characters don’t share pick-ups, so you’ll want to switch to whoever needs it most in single player, or cooperate to let that same person snag it in multiplaye. It’s also important to note that this will almost certainly be a Mature rated game, so don’t expect your bullets or abilities to go unnoticed through targets. The game is brutal, with enemies shooting out gallons blood and stealth assassinations ripping through body parts.

Besides strategic combat, Fuse also features an large RPG-esque element in its skill tree. There’s thirty-five different unlockable skills per character, with multiple levels for each skill. Skills are unlocked via points earned from leveling up. Skills are quite helpful, allowing increased skill, strength and defense. As we only had limited time with the game, we didn’t have a chance to see how the element factors in as the game progresses, but it was clear that it adds variety to the experience.

Even though it’s a common genre, as this is an Insomniac game, there’s sure to be plenty of intuitive gameplay choices. One is the lack of automatic cover. As the game is often played stealthily, randomly curling up behind a formation would be annoying. Here you simply do so with the push of a button, allowing you to freely walk, look and fire without the risk of getting too close to a wall. Perhaps the most important thing to note for those planning to go it solo is the intelligence of the A.I. controlling team members. Instead of them aimlessly running to directives in roundabout ways or not assisting in the most logical place, they’ll be as helpful as they possibly can. While Ted and I were the only human components of our game, it felt like there were two players controlling the other characters hidden in another room (don’t worry — I checked; they’re weren’t).

Story-wise, we didn’t see enough of the game to get a read on its impact, but there were promising elements in play. Throughout a level are areas that must be traversed, both breaking up the monotony of combat and allowing the characters time to converse with each other. The general story of the game is still quite intriguing, with rogue paramilitary group Raven stealing Fuse and showcasing an infinite range of resources from underwater bases to enormous submarines as you try to reclaim the substance. An interesting element that reinforces the importance of co-op is the occurrence of flashbacks specific to each character. While everybody playing will see that someone is having a flashback, only the person playing as them actually gets to experience it. 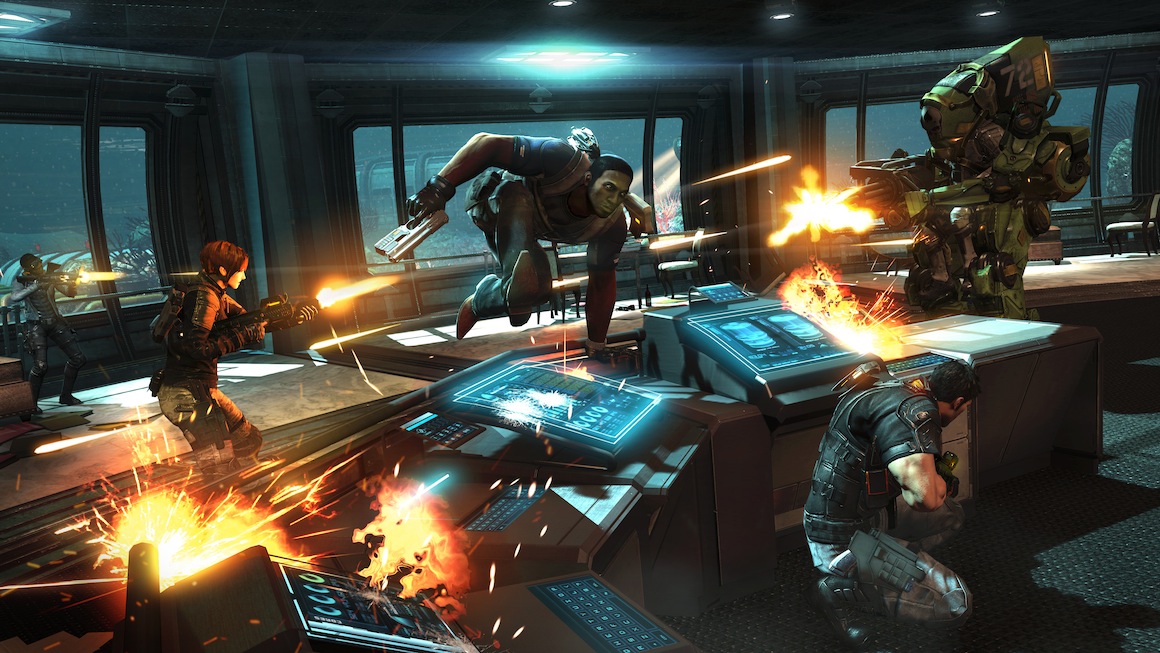 Insomniac has been doing an incredible job promoting Fuse and gamers have been doing an incredible job denouncing it for not being called “Overstrike”, but in all the brouhaha that’s ensued, it’s important to note one thing: how much darn fun it is. Fuse is a solid third-person, co-op shooter through Insomniac’s lens. It’s well-made, boasts fantastic combat mechanics and is home to some of the most gratifying weapons since, well, the studio’s last game. There’s been such transparency, both publicly and with the media, about Fuse lately for a reason: it’s a great game. When May 28 rolls around, don’t have any reservations (but do in the literal, pre-order sense) about snagging a copy; Fuse is the perfect release in a gaming world too dominated by single player, versus and half-baked co-op.