While the big developers focus on turning first person shooters into Hollywood-style extravaganzas, indies appear to be running the opposite way. Wrack first entered into Early Access late last year and has slowly built up a following of gamers who love old-school FPS gameplay. Though the game is still in Early Access, Final Boss Entertainment finally finished the first episode of eight and it’s a ton of fun. Of course, as with other betas, there’s still a lot that needs to be smoothed out.

Wrack throws players into Kain’s shoes. Who is Kain? Well, he’s some dude with reddish-pink hair who just so happens to be a total badass. He can handle all variety of weapons with ease and can take a punch (and a lot more). Weapon ammo is scattered about the world but even if you run out there’s always a futuristic katana in your inventory. This works great for killing close-range baddies but not so much for ones that explode upon contact. One of the best things about early 3D shooters was their soundtracks, and thankfully Wrack lives up to the classics with its kickass rock themes. If you didn’t feel like a badass just decimating enemies in your path then the music should help.

This game feels distinctly retro with its powerful, chunky guns, but it also emulates classic games with its level layouts. Each area has many hallways and small rooms to traverse. You’re basically always indoors because that’s how games used to be. Bosses tend to get larger arenas to battle in for maximum entertainment. Just be warned that the bigger monsters can kill you off with only a few hits. Another way that Wrack manages to feel like DOOM and its ilk is thanks to its difficulty. There are difficulty settings from super easy to near impossible, but the middle difficulty feels just right. Enemies take multiple hits without being absolute bullet sponges and Kain is just healthy enough to make it work. In old-school fashion, you can use a cheat to add 30 more lives to the counter if you run into trouble. 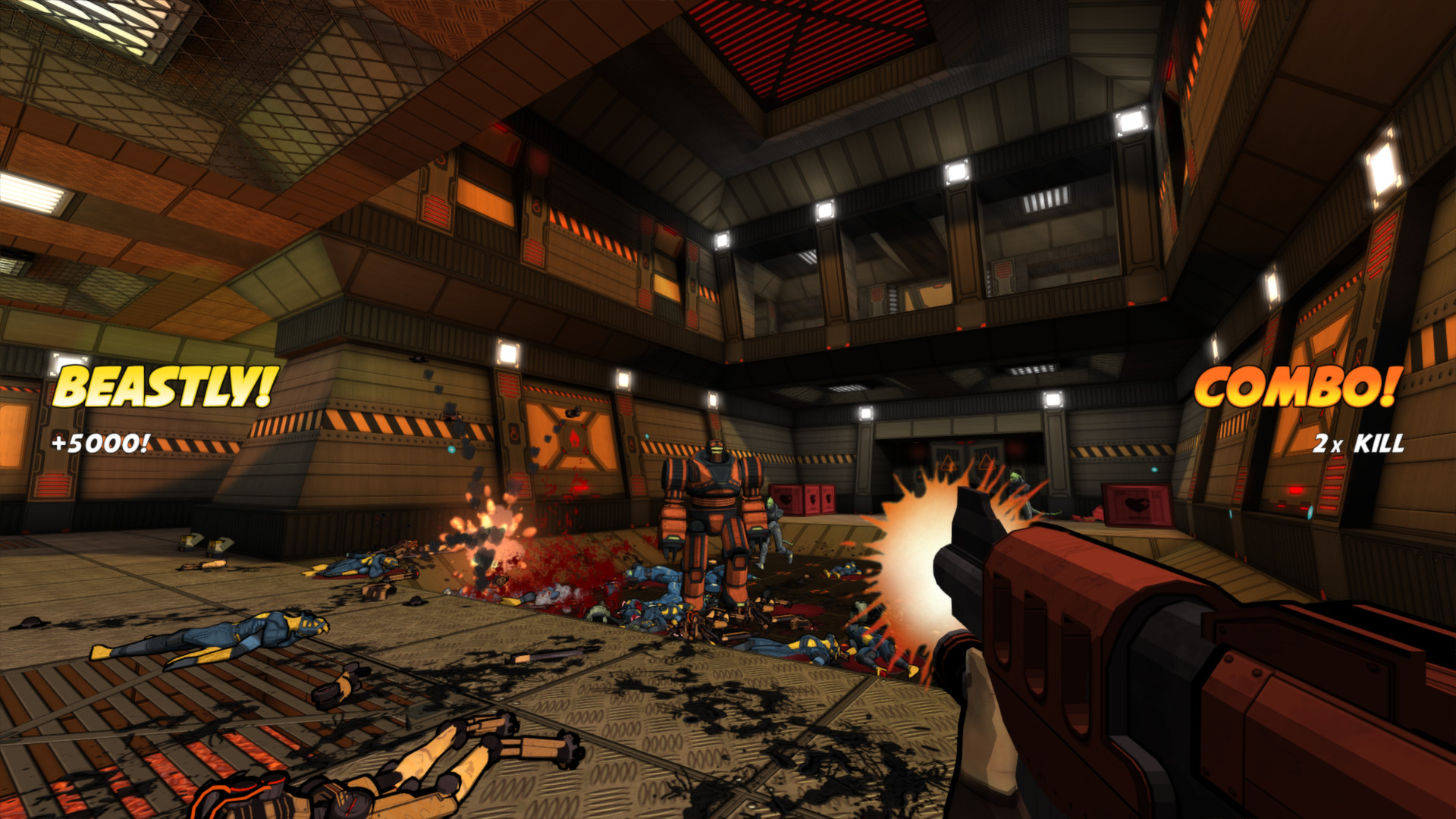 Typical First Person Shooters throw a variety of enemy “types” at you, and Wrack is no different. There are total weaklings that run around as well as more heavily-armored foes. You can tell the difference between them thanks to stronger armor being a different color. Some enemies crawl, others run, and of course there are some floating things too. Although none are incredibly intelligent they are clustered together in ways to make confrontations challenging. Sometimes you might even want to get a tad tactical by switching between weapons to take on a large group of them. Just be sure to quick save every once in a while with F9, as the predefined autosave points are few and far between. With that said, some users have reported problems with save accessibility.

Kicking butt in the first chapter is just the beginning. Steam Workshop Support is also included which means anyone can create their own levels, weapons, and skins. If Wrack’s graphics feel too modern there are multiple DOOM mods to remedy that immediately. Funnily enough, there are also mods that add in keycards. Keycards were once a staple in many shooters, but not here. The game still gates players in areas but does this with buttons you activate instead. In any case, the Workshop is currently a little light on content but bustling nicely. As this heads closer toward completion there will certainly be more mods available to fans. 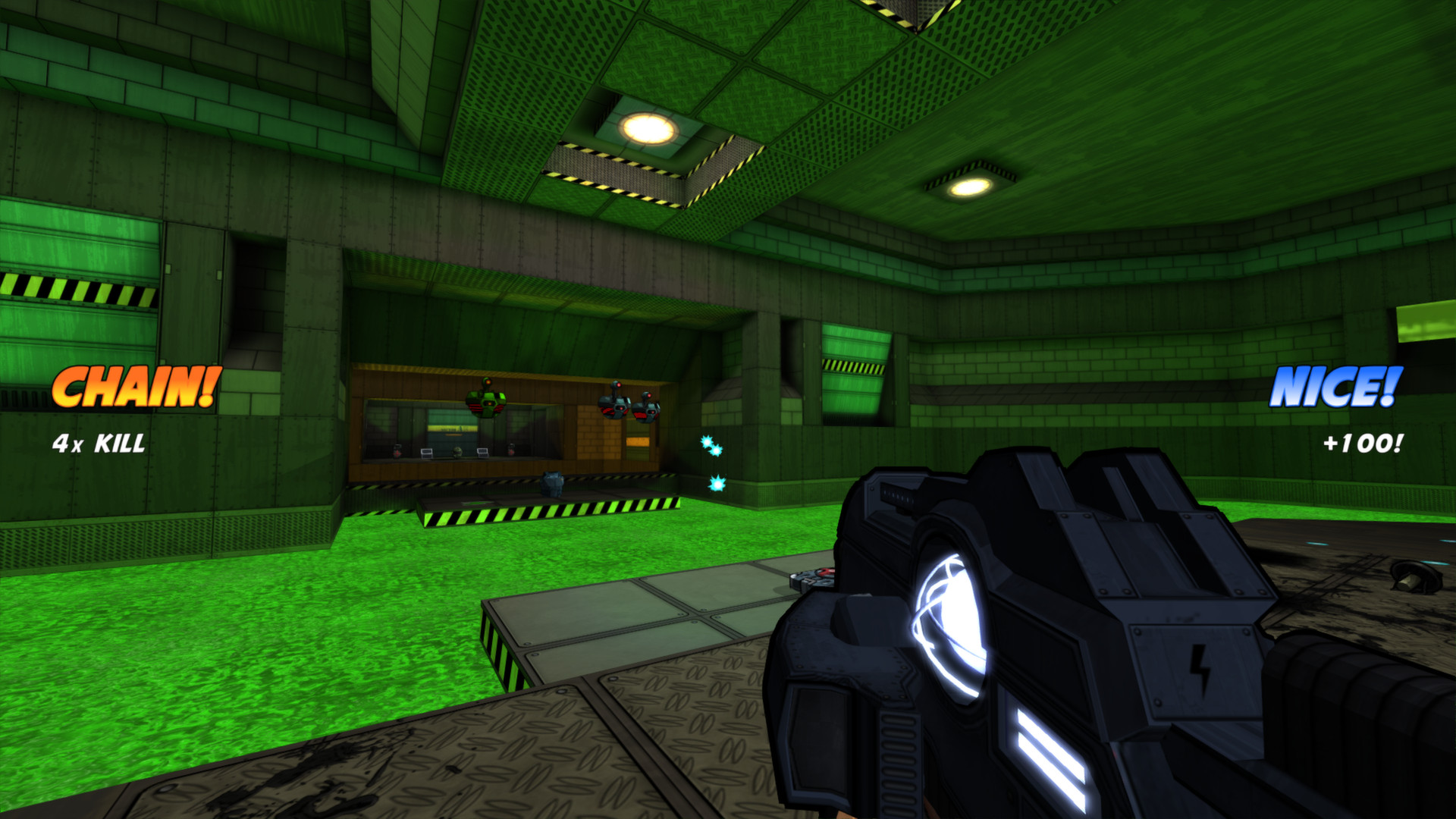 Playing Wrack is exhilarating, however right now the game is still apt to crash or break when you least expect it. During my playthrough, the game crashed three times and only one of these crashes had an explanation. Apparently, it couldn’t find a certain file within the game’s install folder. Other bugs appeared at random and forced me back to checkpoints more times than I’d care to count. At one point I was, mowing through tons of enemies only to find my kill streak destroyed by falling below the world.. This type of thing is hardly exclusive to in-development titles, but it was frustrating all the same. You can tell how good Wrack is by the fact that I kept running into glitch after bug after crash. Despite the endless frustration, all that I wanted to do was keep playing! Hopefully these issues and others will be taken care of before launch.

Anyone with a love for classic PC shooters owes it to themselves to check out Wrack, just maybe not quite yet. There is only one episode available, and the current build is laden with bugs. Still, the current gameplay is so fun and the Workshop offers enough additional goodness to make buying Wrack in Early Access totally viable. It’s an excellent game so far and only looks to get better as development goes on.