As far as tactical role playing games go, MonoChro has added some interesting multiplayer hooks to their upcoming NIS America published Grand Kingdom. Players can create a squad of four mercenaries and take up employment with one of four kingdoms, fighting for honor, money and a chance to grow stronger. The push and pull of these warring nations will create a fun backdrop as players push one over the other.

What is concerning are the battle systems in play. Players are introduced via an hour long tutorial battle, where they are shown the ins and outs of creating and equipping a team, navigating the battlefield, and handling the encounters themselves. While it might seem different at first blush, MonoChro seems to think that they have created something completely opaque and have taken great pains to explain it. 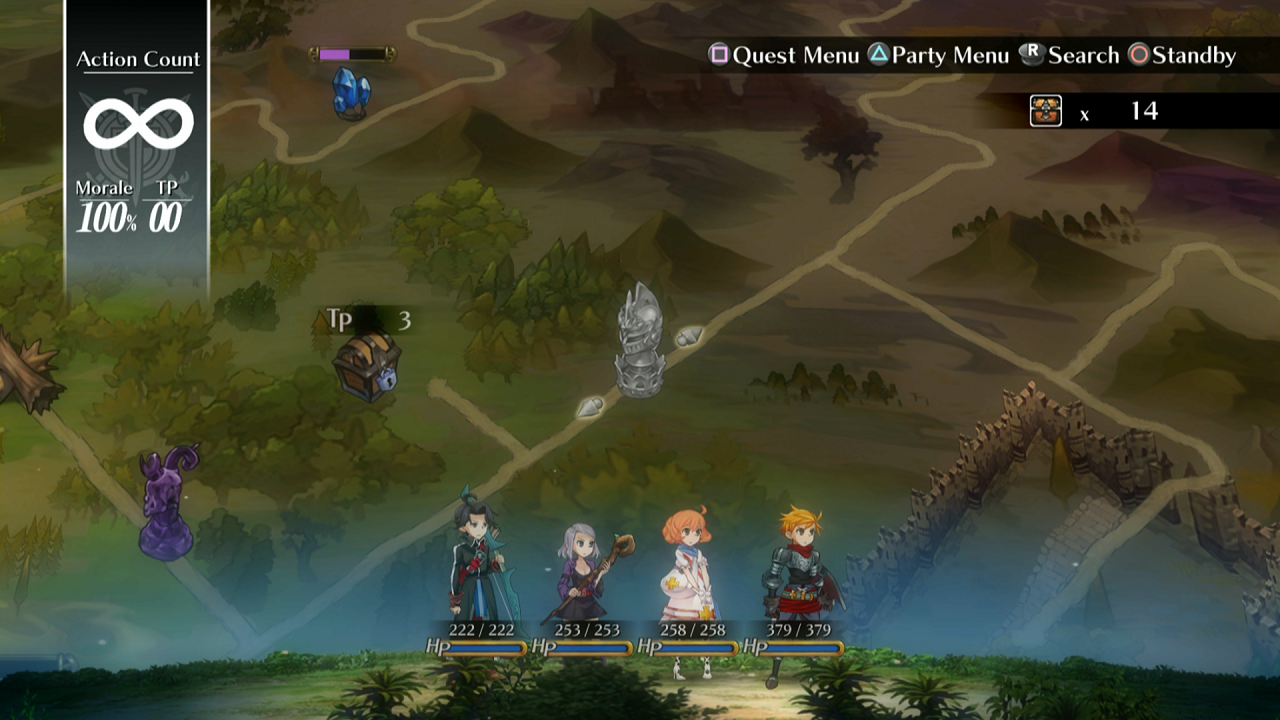 Recruiting a team and equipping them is done via tried and true menus. It’s nothing that has not been seen a few hundred times before. After this is done, a quest contract is accepted and players take to the field. Here is where it does look a little different. The squad is represented by a little chess piece that players can move across set paths. As it bounces amiably along, it can run across enemy pieces, starting an encounter.

These battles can remind one of a turn based version of Bandai Namco’s Tales games. The encounters themselves take place on a three lane field. During each turn, the player can move a character wherever they wish along this path, assuming that the designated move gauge still has some juice in it. Afterwards, they may choose to attack, or use a special move. Most of the normal attacks require some form of timing. A magic user’s fire spell or an archer’s reticle will need to be over the enemy before pressing a button to hit. A fighter’s combo will need to be timed for maximum damage. Getting the timing of any of these attacks down will allow the player to land multiple hits during the attack. When the player’s turn is done, the opponent goes, and the damage needs to be eaten. Once the battle is over, it’s time to move on. 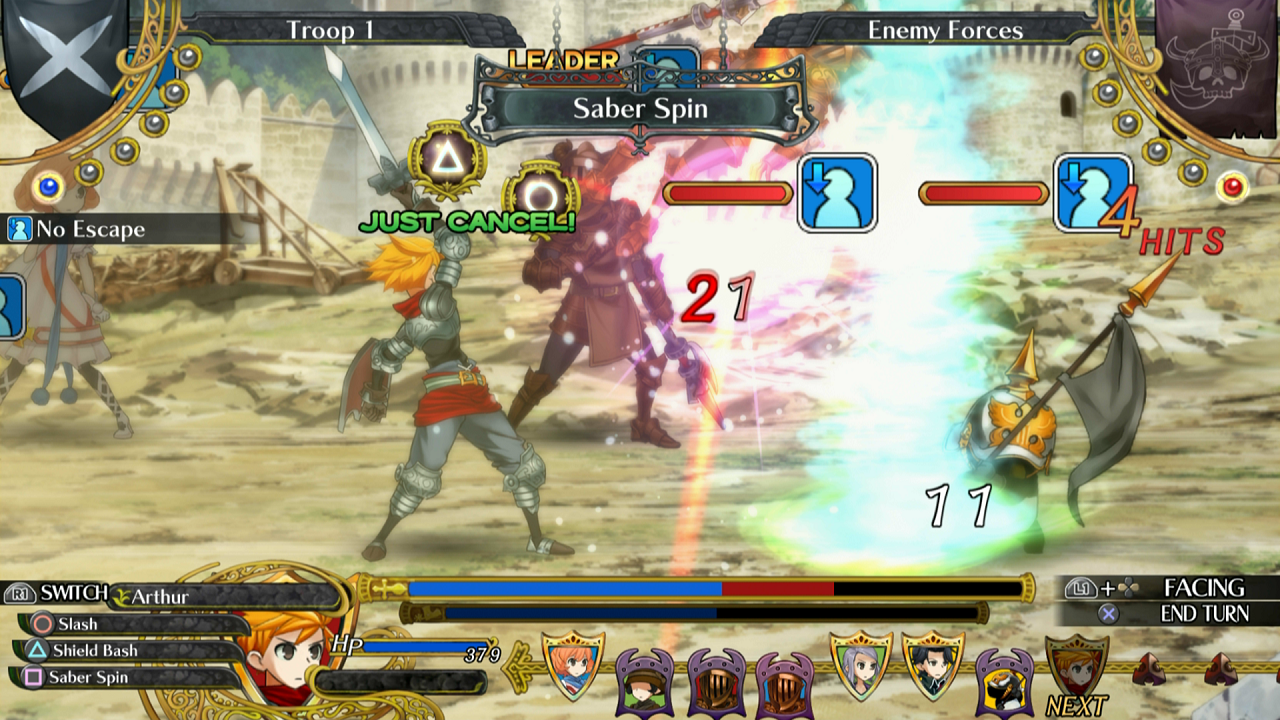 Frankly, the demo provided just doesn’t seem to hint at much depth. Yes, there are multiple character classes available that allows players to create some interesting team dynamics. Other than this, Grand Kingdom feels like a free to play mobile game spruced up for non-mobile gaming. Admittedly, this is just a demo and there could be loads of interesting stuff ready to be explored in the final game, but demos are supposed to be an appetizer for the main course. After my time with the single player tutorial and online portion of this slice, I think that I might be full. For a game published by NIS America, that’s strange. Their stamp typically denotes a title of high quality, thus time will tell how the final product turns out. People who want a chance to get a look at this closed beta/demo can sign up here for a chance to tell me how wrong I am. I want to be wrong.