It all starts with a rude awakening.

Welcome to the future. You’re the last living organism in the galaxy after mass uploads of personalities, a complex robot society has taken over (as usual) and oh, by the way, at some point you became a disembodied head in a helmet. Oops.

That’s the premise for Headlander, Double Fine’s upcoming action-adventure Metroidvania game being headed up by Stacking lead designer Lee Petty. Following Petty’s own fascination with ’70s science fiction, Headlander is a nostalgic space adventure inspired in large part by seminal movies like Logan’s Run and Barbarella. You’ll see that influence clearly through the art design, full of bright colors, egg-shaped chairs and gaudy retro-futuristic outfits, but you’ll also feel it from the pulpy tone to the game’s story. You’ll visit locales like the Pleasure Port, a clear callback to Barbarella and her time in the Excessive Machine.

You’re at least not entirely alone in Headlander; you’ll wake up to hear a man with a Southern accent named Earl drawling in your ear. In classic video game form, you don’t know much about Earl, but you’re going to take his advice anyway as you try to take down Methuselah, the evil overlord of the robot society. Headlander‘s story is set to go surprisingly deep into the complex inner machinations of that society as the story goes on, so for instance, you’ll be able to pick up on details here and there of splinter rebel factions. But while there’s a healthy dark tinge to Headlander‘s story, it’s aiming for a humorous tone true of the movies it draws influence from. 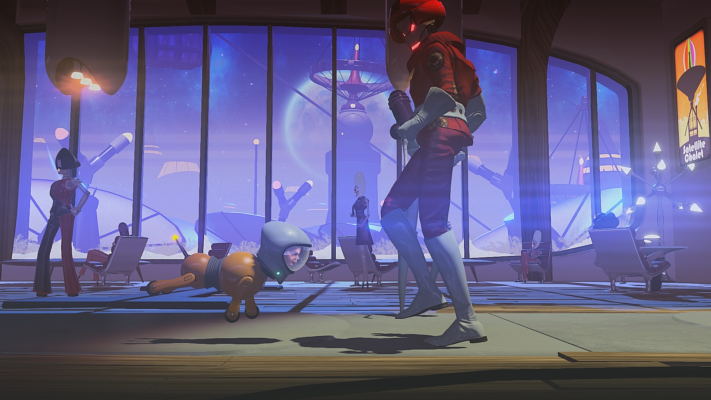 A constant joy in the game is the core headlanding mechanic that has you — a disembodied head in a space helmet, remember — flying around, looking for bodies to attach to and control. Just look for a ring on the object that correlates with the one matching your own and you’ll know you can attach. Your options for bodies to control is pretty vast and surprising, from robots to computers, laser turrets and even robot dogs. A side mission in the game even has you helping out a robot lady by agreeing to find and bring home her robot dog. The only issue there is that to attach your own head to a body, you need to knock off the current head, which maybe isn’t the ideal way to retrieve her dog.

Headlander wants to be a Metroidvania with a bit more emphasis on puzzle solving, and you can already probably see how the headlanding mechanic would lend itself to designing intricate puzzles. The robot guards that serve as the standard enemy fodder are color-coded on an ascending rainbow scale to designate security clearance, with red being the lowest and violet the highest; in true Metroidvania fashion, the game will present you with doors only later higher-level robots can access, so you’ll need to find one, control it and bring it back to the previous area. 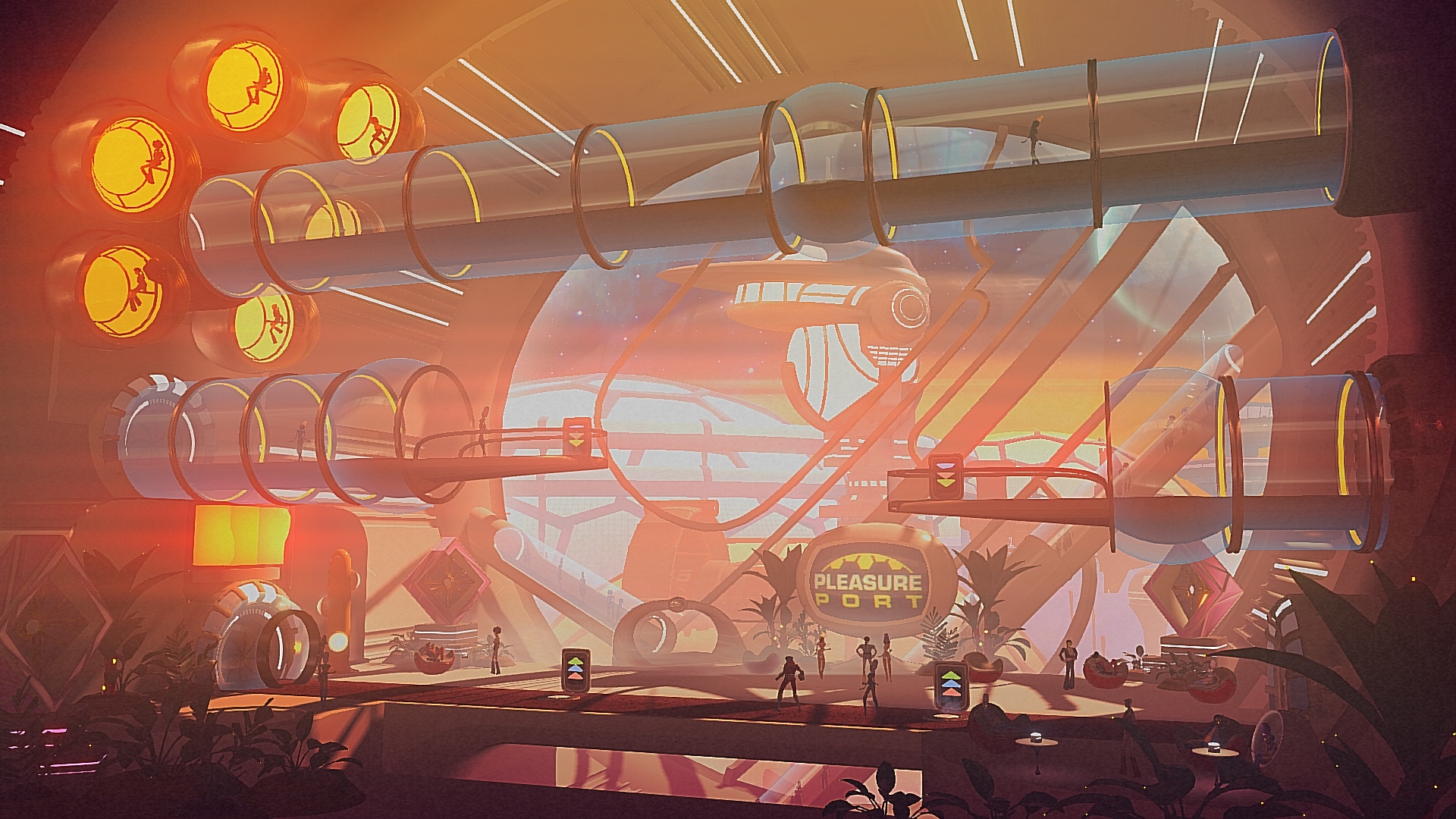 Headlander has that classic Double Fine charm, with a goofy premise and an even goofier execution. It’s a joy getting to headland into robot citizens to make them dance for fun or into a vacuum cleaner to blow dust at enemies. The core mechanic here has a ton of potential for discovery and variety; it’ll be fun to see what weird uses Double Fine comes up for it. Headlander will be out this summer for PlayStation 4 and PC.