Just by the title, you can get a feeling as to whether you would enjoy a game like Holy Potatoes! We’re In Space?!. It’s a roguelike space simulator with a quirky art and comedic style, and an incredibly goofy setting. It also has turn-based combat and tons of customizability.

Holy Potatoes! We’re In Space?! tells the story of Cassie and Fay, two potato girls who find themselves embarking on a wacky adventure into space in an increasingly upgradable ship. It’s a management game at its core, as you’ll have to keep the passengers of your spacecraft happy and healthy as they keep it running. They will have to craft new weapons for the ship, do research, and keep the ship running, but also go to the therapist and the bar to relax and recharge. If all goes well, you’ll land on a planet and explore one of the procedurally generated worlds of the potato universe. You’ll gather resources, encounter random events, and battle enemy ships. 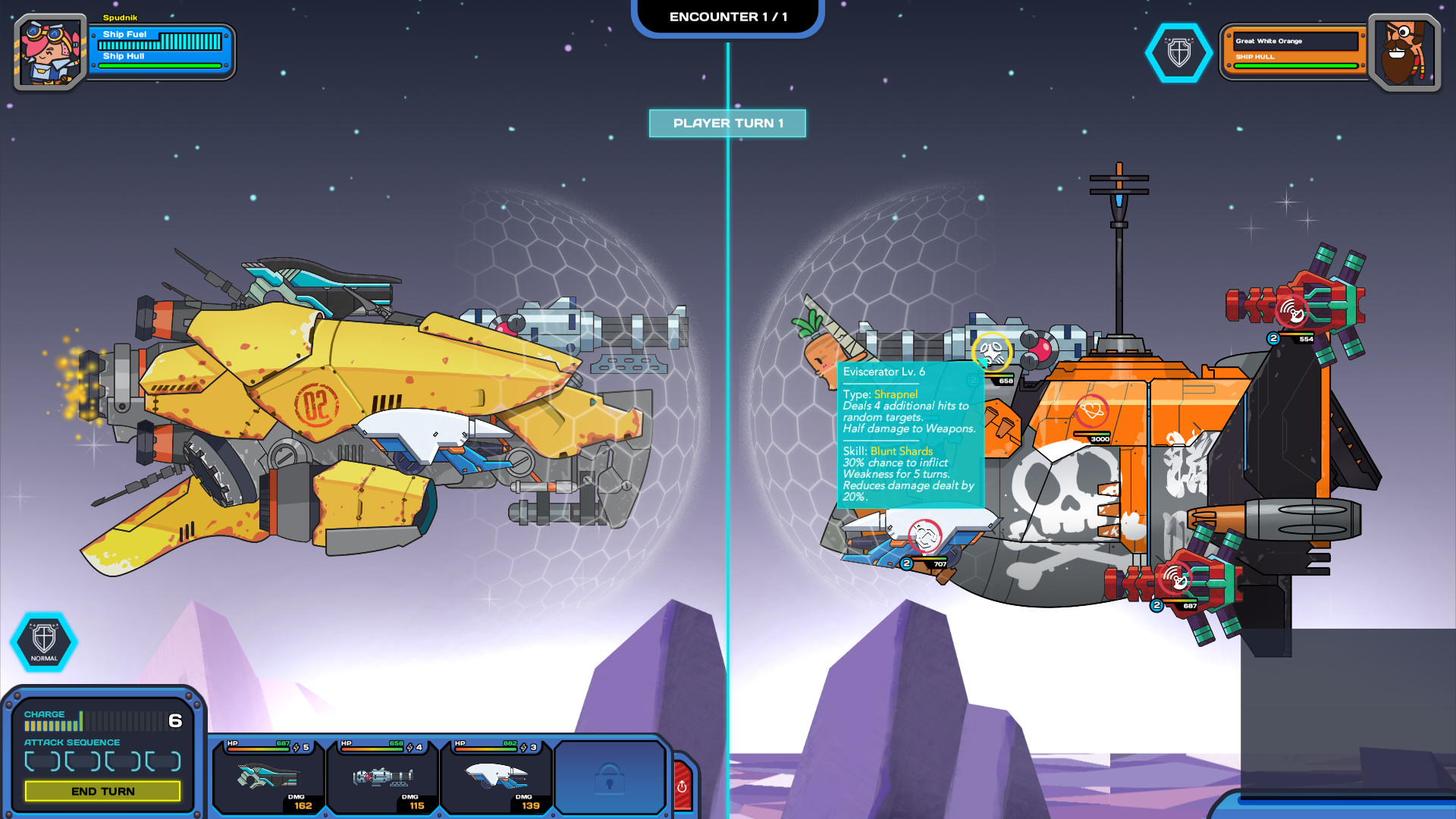 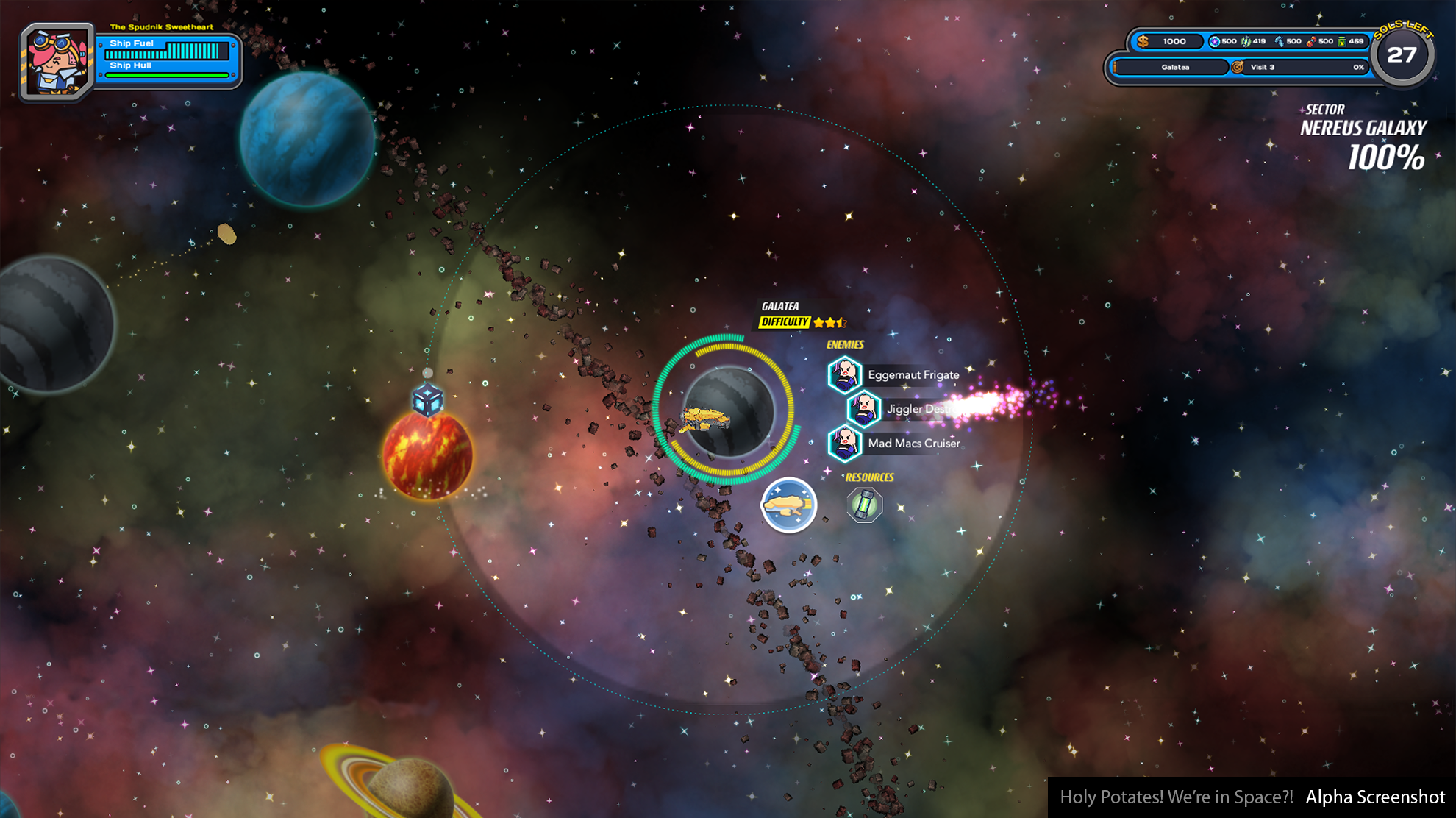 To survive these battles, you’ll need to build weapons. You can choose from lasers, canons, or even things like the magic staff, which is totally a Sailor Moon staff. There’s a ton of goofy weapons, but they all have different stats, and you’ll have to choose wisely when deciding which three you will equip your ship with. The battles themselves are turn-based, so you’ll get to hit three points on the enemy ship with one shot from each of your weapons. It doesn’t take too much strategy to be successful in these battles, but you will want to learn what best effects what so that battles can be won with efficiency.

Gameplay, when you’re out of orbit, looks a lot like other management games. It’s isometric, with different areas where you assign the crew to their various jobs. There is tons of building, upgrading, and fixing to do, and it all goes down in fittingly silly ways. 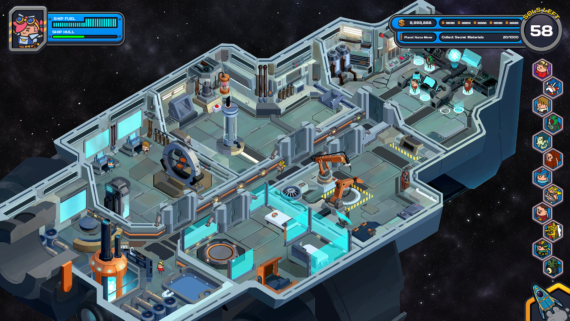 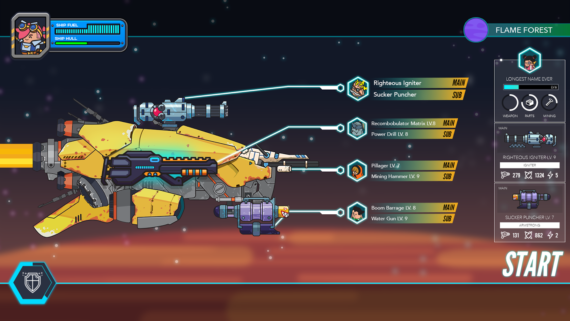 Holy Potatoes! We’re In Space?! might not be for everyone, just because of the unusual and wacky tone, but if you aren’t turned off, it is easy enough to grasp for players who are new to the genre, and deep enough for the veteran manager. Daylight Studios are planning on a beta in October, with the full game set to release on Steam in January.