Hyperdimension Neptunia fans have seriously been getting spoiled as of late. This simple JRPG parody of the video game market has not only seen multiple sequels but a handful of genre-switching spin-offs. Hyperdimension Neptunia: Producing Perfection took fans into an idol simulator experience while the more recent Hyperdevotion Noire: Goddess Black Heart pushes things in a SRPG direction. Hyperdimension Neptunia U: Action Unleashed is the series’ first foray into hack ‘n slash gameplay, but it seems a decision that makes perfect sense.

At first, fans may be a little shocked by Hyperdimension Neptunia U. Unlike main series games where some degree of strategy must be exercised in battles, you don’t have to here. If you want, you can simply hammer away at buttons on your Vita and pull off tons of cool combos. This is often how many hack ‘n slashes present themselves as the goal is to offer a fun, outlandish experience without requiring super tactical play. With that said, the new battle mechanics is the biggest difference with everything else feeling right at home for existing fans. 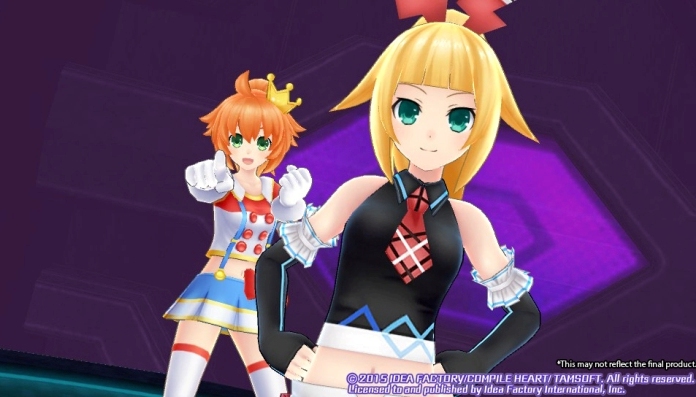 All CPUs and CPU candidates are involved, meaning you’ll be able to play as Neptune, Noire, Blanc, Vert, Nepgear, Uni, Ram, and Rom. However, these eight aren’t your only possible combatants as two other characters have also been added to the fray: Dengekiko and Famitsu. Fans of Japanese magazines should recognize these characters as the personifications of Dengeki and Famitsu, respectively. Although these characters aren’t CPUs themselves, both can still utilize HDD mode, along with the rest of the main cast as well.

Aspects such as the Lily Rank system (wherein pairing up girls for attacks builds a “level” between them) are still a core component. The disc development aspect also makes a return and allows players to customize items. As per usual, everything takes place from an overworld map where you select the next mission to undertake. Missions themselves offer requirements such as completing them with specific characters. Although characters level up, they can also receive stat boosts in other ways such as a medal system. Enemies sometimes drop medals which can then be redeemed for stat upgrades and new items. 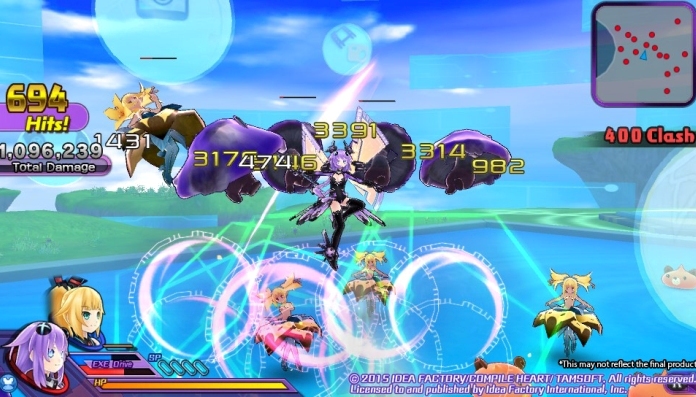 There are multiple difficulty settings to choose from and once you beat Hyperdimension Neptunia U’s story mode there’s still a handful of other modes to choose from. Gauntlet mode is basically a one-on-one tournament where you fight against every other character in the game. Then there’s a Tower mode which has players ascending higher up a tower, with more powerful enemies to fight on each stage.