Recently, I got a change to talk with Image & Form CEO Brjánn Sigurgeirsson, all about what was next for the Sweden-based development studio. And as they were still coming off the critical and commercial success of SteamWorld Heist, not to mention the SteamWorld franchise as a whole, whatever they made afterwards would have quite the reputation to live up to. Indeed, I absolutely couldn’t wait to learn what was coming up from them. What would it be? Was it a big shocker? The suspense was killing me!

Then Brjánn told me that in between the invitation and the interview, the details about what were next already got leaked. So this is the part where I smack the collective internet upside the head for almost ruining what could have been an amazing discussion. 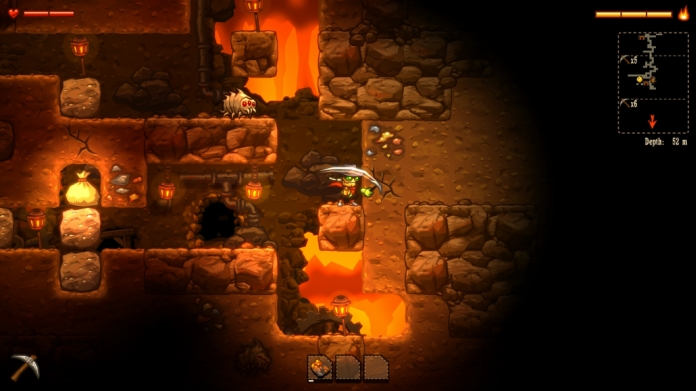 Thankfully, all that was leaked was a title: SteamWorld Quest. The title suggests that we may be looking at an RPG in the SteamWorld universe this time around, but as Brjánn also said, “We’re trying out a couple of different things right now, we’re always trying new genres.” So Image & Form is still sticking with SteamWorld for now, but judging by their experimental nature, this new game in the series could be virtually anything. Heck, you wouldn’t expect a title like SteamWorld Heist to evoke turn-based strategy, but that’s what they wound up with. So for all we know, this new game could be anything from a graphic adventure game to a Picross-style puzzler.

Brjánn couldn’t reveal anything else about SteamWorld Quest right now, but he is aware of the pressure to top both Dig and Heist. “But it’s good pressure, now we know that the three latest games we made, Anthill, SteamWorld Dig, and SteamWorld Heist…I’m very proud of those games, and I think they’re actually very high-quality,” he said. “So we know that we can make games of that level of quality. The challenge is to stay at that level. If we dip below it, if we were to make a mediocre game, then we’re in trouble. So we’re not going to let that happen.” A natural response, as that’s what every good game developer should strive for. 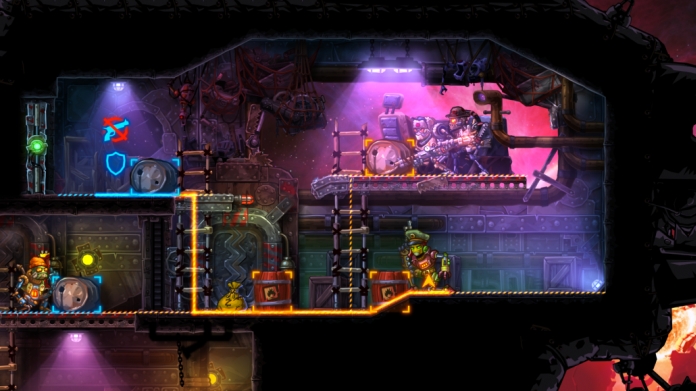 Image & Form is also particularly grateful for the fact that even one successful game has been able to sustain their studio of twenty-something employees for one or two years, and Brjánn shared a little insight into the creation of SteamWorld. It started with SteamWorld Tower Defense, created as a response to the DSi’s lack of tower defense games, and initially featuring humans versus evil robots. “That kind of worked well, but then at lunch one day, someone said ‘Wouldn’t it be more fun if the robots were the heroes and the humans were the lowlifes?’ So we switched it around, and that was actually fun, and that was the one thing people were actually taking away from that game, apart from it being just a solid tower defense game.” And then after that, the team spent their lunch break just devising ways about how this world would actually work, thinking of explanations and backstories. So there you go, a hit gaming franchise, all thanks to lunch.

“We’ve got tons of more stories to come.” Sadly, we don’t know what the next one will be yet, because despite asking for any other hints about SteamWorld Quest, Brjánn wanted to keep people guessing for the moment. And yeah, after a leak occurs, I’d probably value secrecy as well. So yes, Image & Form will be sticking with SteamWorld for now, and hopefully Quest will wind up yet another winning title that delights gamers everywhere, no matter what form it takes in the end.