Are we as a gaming populace tired of horror games? Not yet, because there’s always something new lurking around the corner for this genre. Stifled is an upcoming horror release which has already been making waves thanks to its unusual gameplay mechanics. As for the premise, well, it’s about on the level with other horror games we’ve seen over the years. Players assume the role of someone who isn’t a superpowered hero. They can walk, crouch, pick up objects and run but have no real means to fight back against anything. That’s a bit of an issue given that they’ve just been forced into the lair of some weird, creepy creature.

Whatever this being is, it features a tall and imposing body topped off with some bulbous shaking head. Apparently the monster is also totally blind. Unfortunately for you, this means that it tremendously skilled at tracking down anything purely by sound. With players trapped in a nearly pitch black setting, they’re at a huge disadvantage by default. Stifled hones in on the dark setting as this sets up the core gameplay progression. You see, by making sounds it is possible to use echolocation on nearby walls and objects. This means you need to create noises to see anything going on around you. Sight is as fleeting as the sounds, meaning you only see your nearby surroundings briefly. 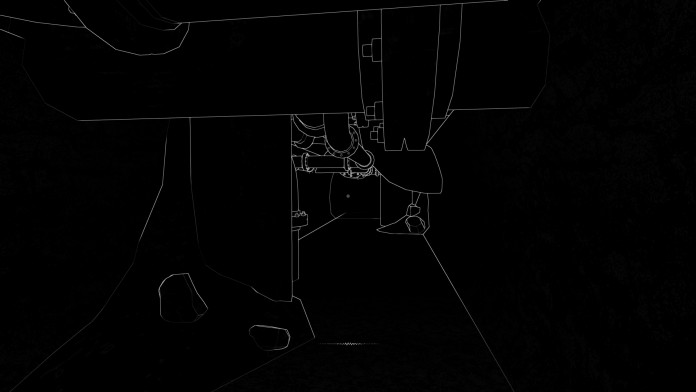 Making sounds is accomplished in a few ways. One is simply carrying and then dropping or throwing objects. Another is by putting on a headset and actually creating audible noises yourself. This concept tied to a headset microphone isn’t one that has really come around before, and as such, is darn neat. Of course, making too much of a fuss is a horrible idea near the monster. Creating sounds to see is important – but not when the enemy might use those same sounds to pinpoint and kill you. The monster isn’t around every second, but when he is there it leads to a great deal of tension. Having to manage the stress of not being heard while also running around primarily in darkness is a genius way to terrify players without outright jump scares.

As you might expect, there’s not much in the way of actual graphics to view while playing through Stifled. There’s a bit, sure, but everything is so dark you’re really left to imagine them between brief illuminated periods when sound resonates nearby. One aspect that is perfected in the absence of typical visuals is sound design. With a good pair of headphones on you can hear everything going on around you. Sometimes it might just be your footsteps echoing along a cave wall, but other times you’ll hear the worrisome wail of a baby (the monster’s main sound). When the player wades through water or over metal grating you hear the shift of terrain even without actually needing to see anything. Poor sound design would absolutely wreck this game so it’s great to know they managed to perfect it. 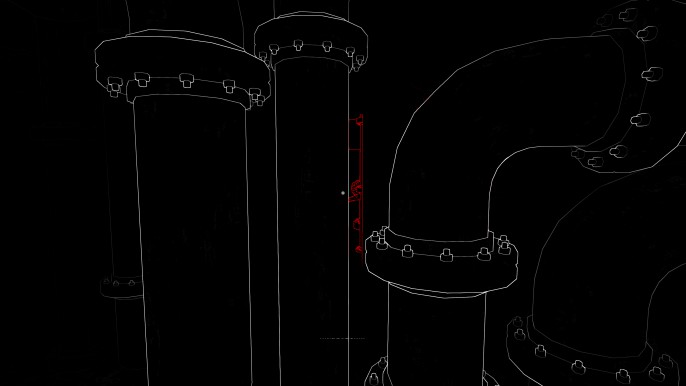 The horror genre is always evolving in new and interesting ways. Stifled proves that this innovation can expand beyond realistic graphics or creepier enemies. Gattai Games is completely changing things so that the player is forced to feel even more helpless in their environment. Heck, they’re even changing how Let’s Players and streamers handle horror games. If any of those folks dare scream and goof off while playing Stifled then they’re poised for instant failure. All in all, Stifled is one game that horror fans should keep an eye on.