There’s no better time to be an MMORPG player. With the sudden rise of Final Fantasy XIV, Aion Classic’s arrival, the alpha of Ashes of Creation and the upcoming western release of Lost Ark, just to name a few examples, gamers have a ton of exciting content to choose from. Another game that comes out soon that has been the talk of the community is Amazon’s New World, which looks to offer traditional MMO components wrapped together in a beautiful world with compelling gameplay. With its launch in a little over a month, we were able to get our hands on an early build of the game, and while we only had a couple of hours of play, it was a decent display of what we can expect. Obviously, this is an MMO of colossal scale so that handful of hours will pale in comparison to what players will sink into it, but we were hooked.

The first thing any good MMO needs is an in-depth character creator and New World has that. From the start there are an incredible number of hair styles to choose from, alongside facial hair. There was around twenty faces along with a number of skin features, from freckles to what looks like different pigment choices. Of course there are different scars and tattoos to put on your character, but I do wish you were able to modify them. You can only have one of each and they’re set on the character’s face instead of being able to move it around to your liking. There weren’t any body types, either, with the only selections being a male or female character. After getting through the character creator, we witness our character, who’s bound for Aeternum, caught up in a terrible storm and shipwrecks on this new and unfamiliar setting. Here we begin our adventure into the vast open world, coming across new mysteries and dangers. 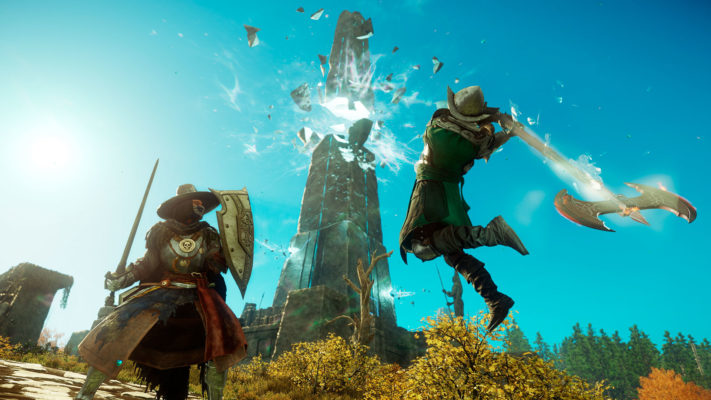 Speaking of which, the world is massive. What we got to experience was segmented, with a good portion of the world being empty — at least the settlements — but it still feels like a gorgeous and varied world to explore. The sense of scale and array of unique environments are outstanding, with the wildlife and enemies that inhabit only giving it life. It will no doubt help that there should be far more players out and about to populate it, but what we’ve seen has us hopeful for what the developers are able to accomplish.

In terms of combat, the opening parts of the game are basic. There’s the normal three-hit combo alongside three different skills depending on the weapon equipped. You’re also able to dodge enemy attacks, and most importantly block, which ties into a break system that’s also applied to specific enemies. This is simply a gauge with limited values in which you’re able to break your opponents guard (preferably with a heavy strike), leaving them vulnerable. You have various different categories to assign attribute points towards, each having their own leveling system. This includes Strength for swords, axes, hatchets, maces and spears. Dexterity for spears, muskets, rapiers, bows, hatchets and swords. Intelligence for fire staves, gauntlets, rapiers and muskets. Focus for life staves, and Constitution for your health pool. On top of that, each weapon type has their own skill tree, allowing you to customize your skillset; for example, a sword and shield character can dash to an enemy or have an AOE attack that damage anyone around you. There’s an exhausting number of options when it comes to customizing your playstyle, and it helps that it feels intuitive and addicting, all of which is complimented by the gorgeous world ripe for exploration.

It’s not all about combat, though, as you’ll be crafting and gathering, something that seems core to the overall experience. It’s as simple as collecting the materials out in the world and bringing it back to the town and finding the correct station to craft. It seems like a one click system, which isn’t bad, but I would love to see some sort of skill or technique required to actually putting items together. We could just become a leatherworker or blacksmith without much effort, but it will no doubt have stricter requirements for more advanced recipes. 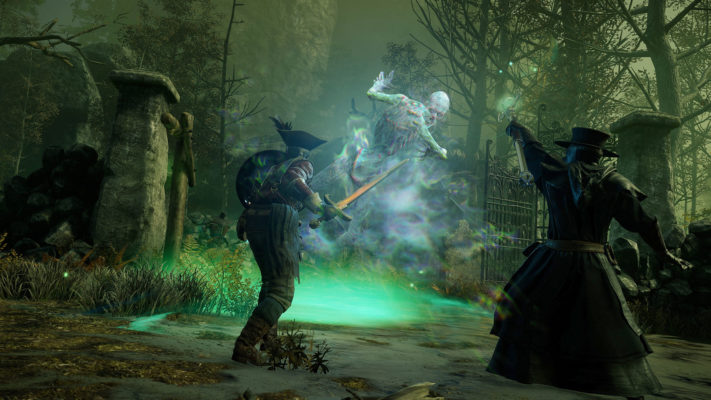 Gathering is the second part to this as you’ll be cracking open rocks with gathering equipment. The concern is that it takes a while to gather the larger logging items, specifically 15 to 25 seconds. Whether it’s cutting down a tree or cracking open a rock, whenever participating in these actions, I found myself alt-tab out of the game because of the length it took — on top of the loud sound effects. Hopefully there will be stronger equipment that will reduce the time needed to collect your materials, but otherwise it took what felt like an excessive amount of time to collect simple materials. You are able to grab smaller, single mats out in the world in bushes and such, though, but it requires scouring a lot more of the world. There’s also the aspect of skinning and collecting mats from animals such as deer and boars. This ties into the crafting system where you’re able to make food that can regen your health.

The inventory system is always an important component to an MMO, and in New World it’s broken up into various categories. You have your apparel, ammunition, food, tools, fishing, woodworking and so forth, with the items in them having a specific amount of weight that can burden you down. You will also have equipment burden depending what kind of armor you have equipped, which thankfully (as far as we could tell) isn’t affected by your weapons. I can’t wait to see an extended storage system though, as your inventory can quickly get cluttered, helped by a search functionality built directly in. 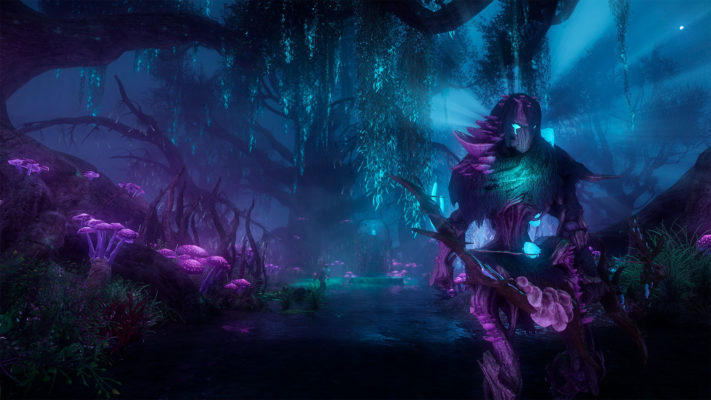 The social features are what make me excited about New World than most of what I was able to see in the build. From a visual perspective, it’s superbly well designed. Pressing escape, it’ll bring up the core social component, allowing you to chat in the various categories (group, world, etc.), and view your party members. You’re able to toggle your group’s voice chat (which can be proximity based), along with adding and disbanding the party with a single click of the button. Considering the social aspect is my favorite part to any MMO, this has me even more hyped to hop in and play with my friends. I hate having to go through various menus or confusing tabs in order to play or invite players; this looks to make things far easier, even though the chat box in the bottom right can take some time getting used to. The UI in general is overly pleasing.

We were only able to have a small taste of what New World has to offer but it left us wanting so much more. It’s hard to formulate any sort of major opinion on a game with such a massive scale only having played a couple of hours, mostly moving through the tutorial missions, but it has an incredible amount of promise. The social features are well organized and displayed in such a clean manner. Combat in general feels intuitive and addicting, and it helps that it’s complimented by a gorgeous world ripe for exploration. There’s so much more that we haven’t even scratched the surface of, only exciting us what is possible.

The New World beta will be available July 20 with the full release coming August 31.