Reservoir Dogs is the greatest movie ever made about a diamond heist gone wrong that features Steve Buscemi, so it shouldn’t come as a surprise that the fine folks at Big Star Games also share an affinity for Tarantino’s classic and are attempting to create a Reservoir Dogs inspired game that avoids the pitfalls that many licensed games tend to fall into. Big Star Games, based out of Barcelona, is a new company composed of experienced game developers who have previously worked on properties from Universal and Electronic Arts.

Reservoir Dogs: Bloody Days is a licensed product but one of the core aspects of its design is to be a great game before anything else. The game is obviously based on the movie with the plot centered around a diamond heist and the characters, dialogue and violence will be wonderfully familiar to fans of the film, but the gameplay is straight-up action and not a story-driven extension of the film, though the blood splattering hail of bullets does adequately capture Tarantino’s penchant for violence. It does require a high level of eye-hand coordination and quick reflexes, making its target audience the hardcore gamer, which is probably why we were given access to cover it. 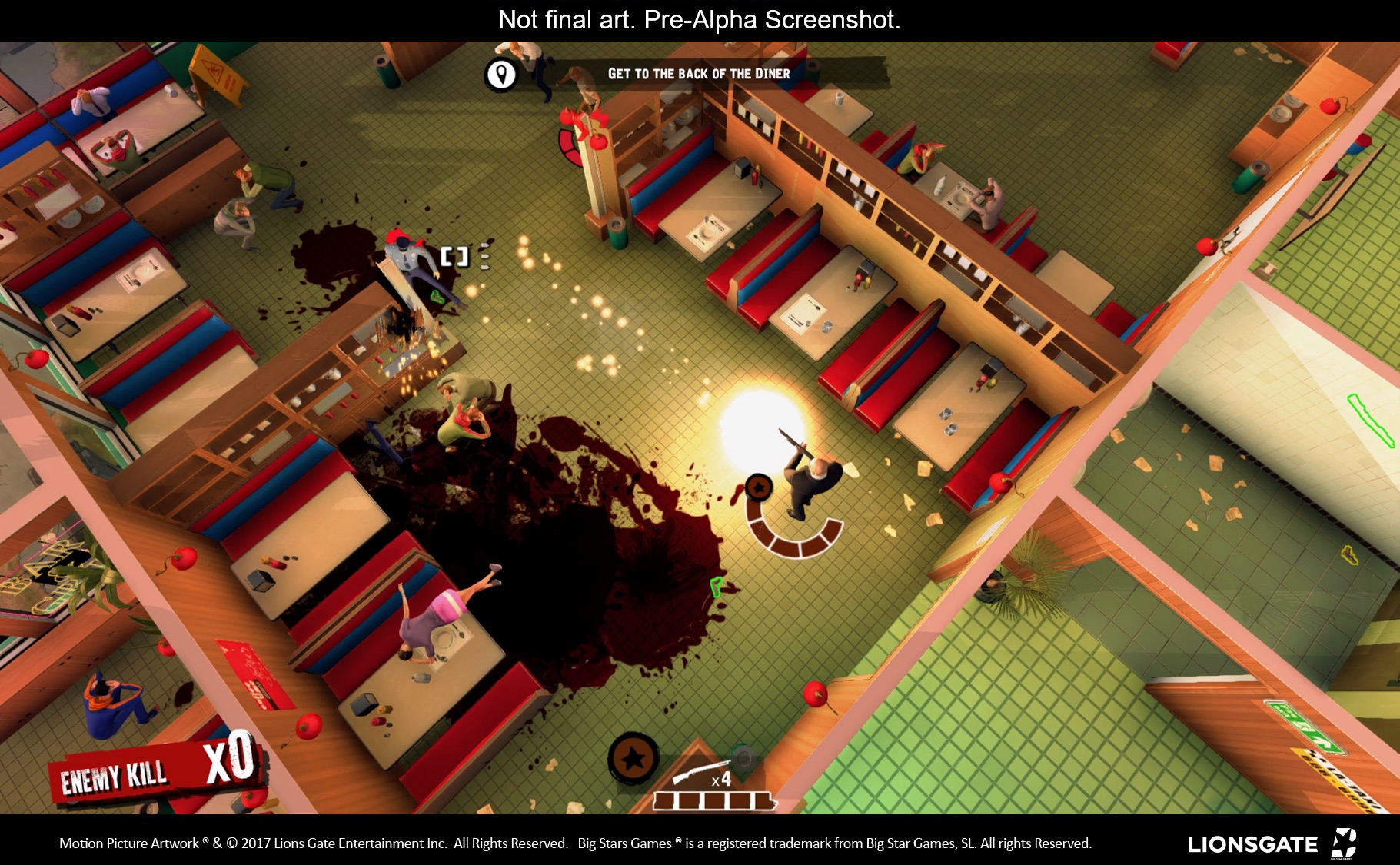 While this is an action game, there is a fair amount of strategy involved and there are some unique game mechanics. Reservoir Dogs: Bloody Days is a top-down shooter and the player has control over three of the dogs in any given heist out of familiar characters Mr. Blonde, Mr. Blue, Mr. Brown, Mr. Orange, Mr. Pink, and Mr. White, but only one gets controlled at a time while the clock is ticking down. When the clock counts all the way down on the first dog, the player will be back at the starting point with the second dog who can back up the first dog as he repeats the run the player put him through or does something completely different, and this repeats with dog number three.

The strategy comes into play with keeping the dogs close together and how to go about clearing positions. To add another layer of complexity, Reservoir Dogs (the films) made heavy use of flashbacks in its storytelling. This was the inspiration for one of the more unique mechanics of the game, the Time Back feature. This is a time rewind device where the player can turn back time to change the future. While this time rewinding feature may only be in increments of seconds, this can have a major impact on the end result. These overlapping bursts of time force the player to play to the unique strengths of each character, as every action will result in a butterfly effect as the heist nears completion. Sadly, Steve Buscemi will not be reprising his role of Mr. Pink in the game adaptation. 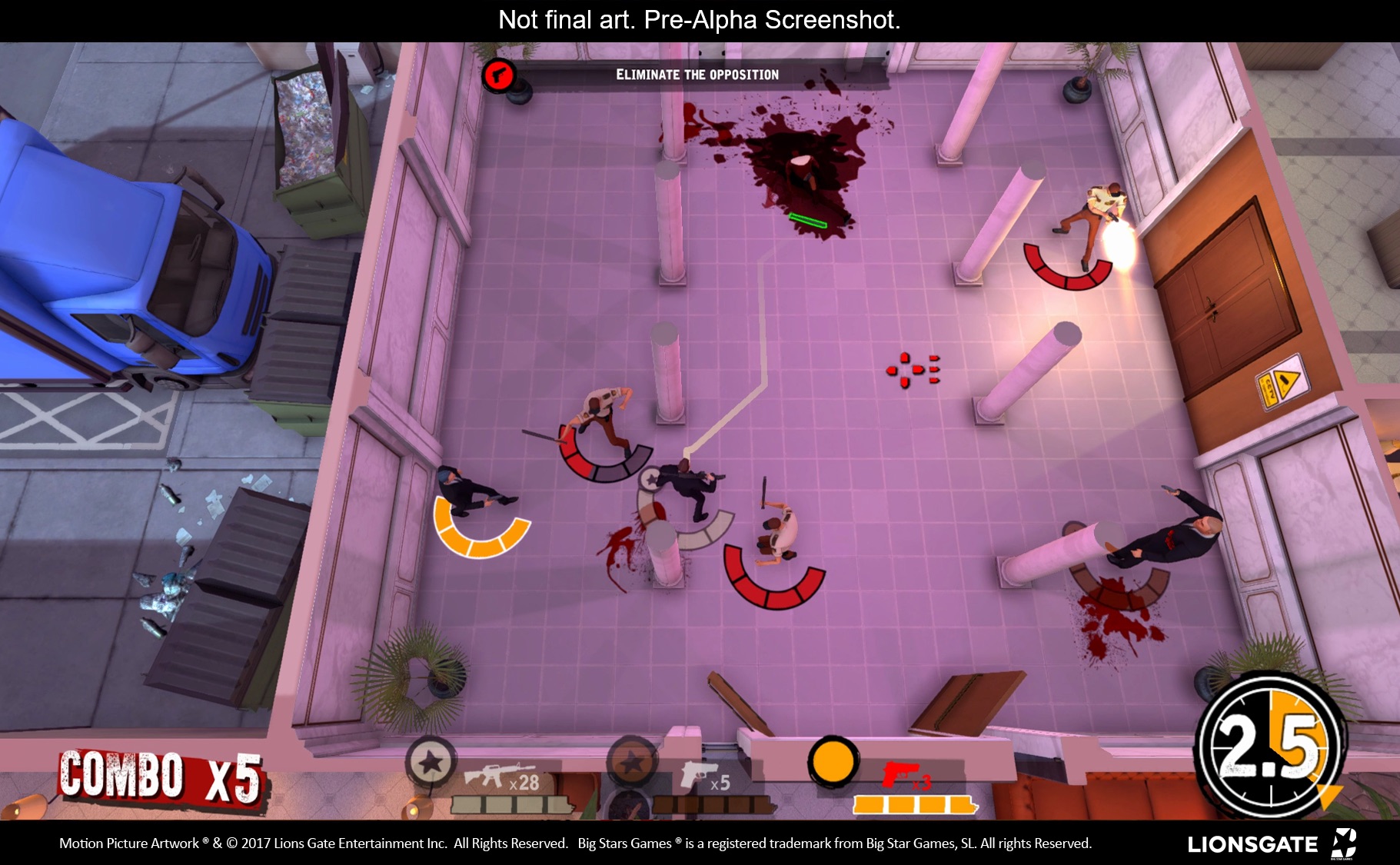 Reservoir Dogs: Bloody Days is currently in alpha and is projected to launch on Steam sometime this spring and on Xbox One later in the year. Being a fan of Reservoir Dogs is not a requirement to enjoy Reservoir Dogs: Bloody Days, as it is trying to be a great game above all else that appeals to both die hard fans of the film as well as those who have never heard of Tarantino. That being said, it is recommended that those interested parties who have not seen the film do so, since it would probably give the player a greater level of appreciation for what the game does, and it’s just a good movie on top of it.