Jump Force was one of the surprise announcements from this past E3 that caught us completely off guard, but is now one of our anticipated titles for next year. For the uninitiated Jump Force is a three-on-three tournament fighter that is based on Weekly Shōnen Jump, a popular Japanese manga magazine. This basically amounts to a fighting game that serves as an all-star anime brawl with characters from franchises such as Dragon Ball Z, Naruto, One Piece and Saint Seiya. The basic premise is the different franchises within the Jump world have all come into the real world. It’s a perfect platform to settle debates over which anime character is truly the strongest and over the past weekend a closed beta gave some players the chance to put on their Super Saiyan hair and duke it out for supremacy within anime fandom.

One of the more noticeable aspects of Jump Force is its unique visual style. Instead of being presented in their traditional animation style, each character maintains their signature look but has been rendered into 3D models. This helps give a uniform quality to everyone which helps the idea of the Jump world invading the real world. The stylistic contrast of each original franchise can detract from the idea that these characters all came together in one world. This design choice also makes this look unique among the countless anime games on the market. The 3D modeling does give some characters a claymation quality. It sounds weird, but it makes them seem more lifelike and a better fit with the environments. The idea of making the character models more realistic while maintaining their original anime style carries over into the arena design, which featured real world locations such as New York and Hong Kong with anime elements mixed in. 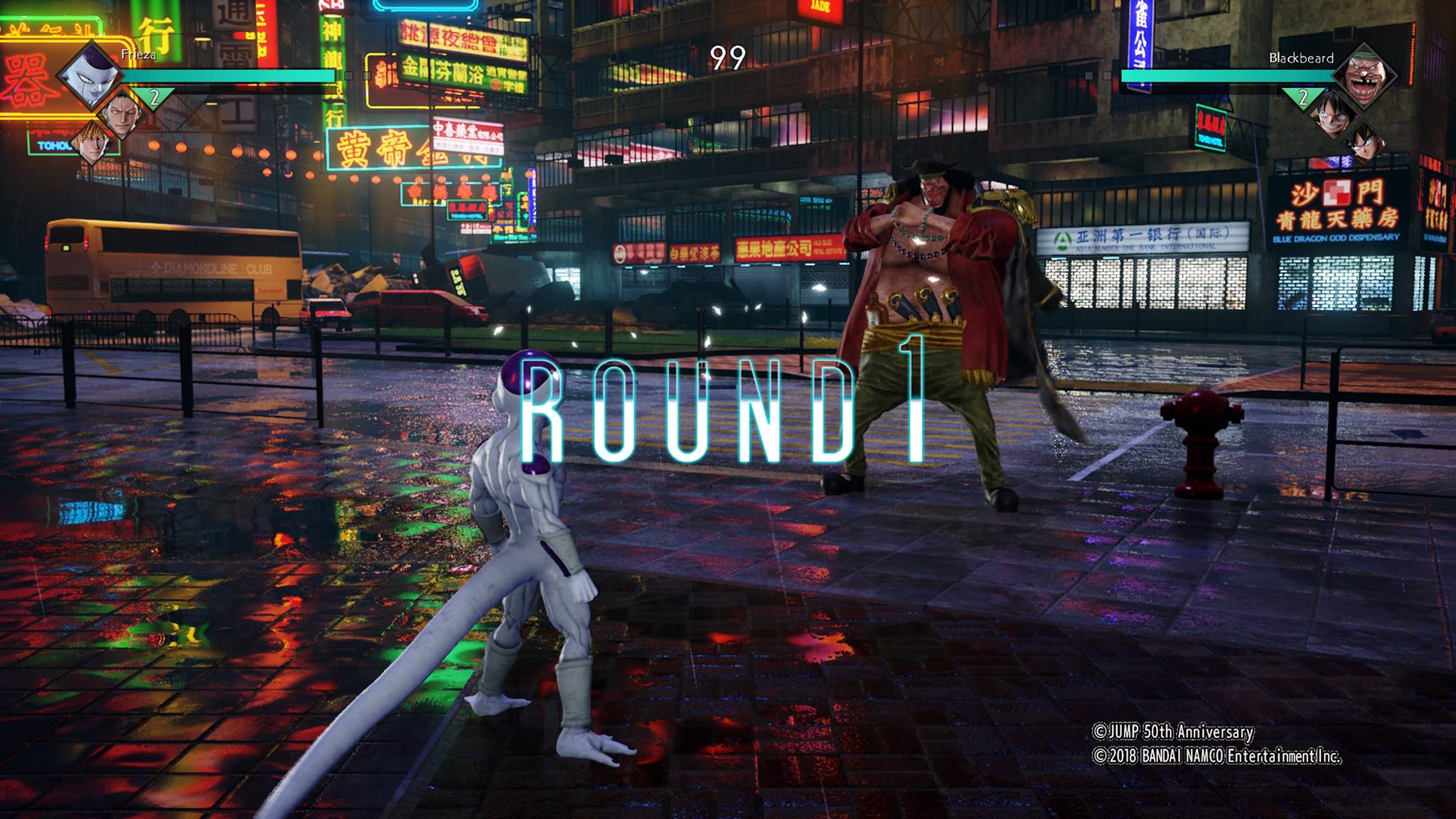 The game world hub is laid out like a typical lobby we’ve seen in other recent fighting games. There are kiosks set up for things like the online shop, which obviously isn’t open during the beta, and the hub where players can sign up to fight against each other. The other players can be seen in wandering about the lobby and there are some celebrities hanging out such as Vegeta, Goku and Naruto. Even though fighting was the only thing available during the beta it was clear that selecting a game mode is simply a matter of traveling to the appropriate location on the map.

Jump Force battles are three-on-three matches where winning the round is achieved by beating one of the characters on the opponent’s team. Jump Force is meant to be a game that is accessible to anyone. We tested this by successfully button mashing our way to victory in some player vs. CPU battles, though that approach did lead to accidentally discovering some actual techniques that were useful in PvP matches. The matches were fast paced, filled with particle effects, destructible environments and gravity-defying aerial combat. As simple as the game mechanics are, it was a lot of fun to switch from the various anime characters and watch them fight with the styles they are known for. The loading times between matches is grueling but we can give them the benefit of the doubt and hope that is a beta build issue that will be streamlined when the final release is upon us. 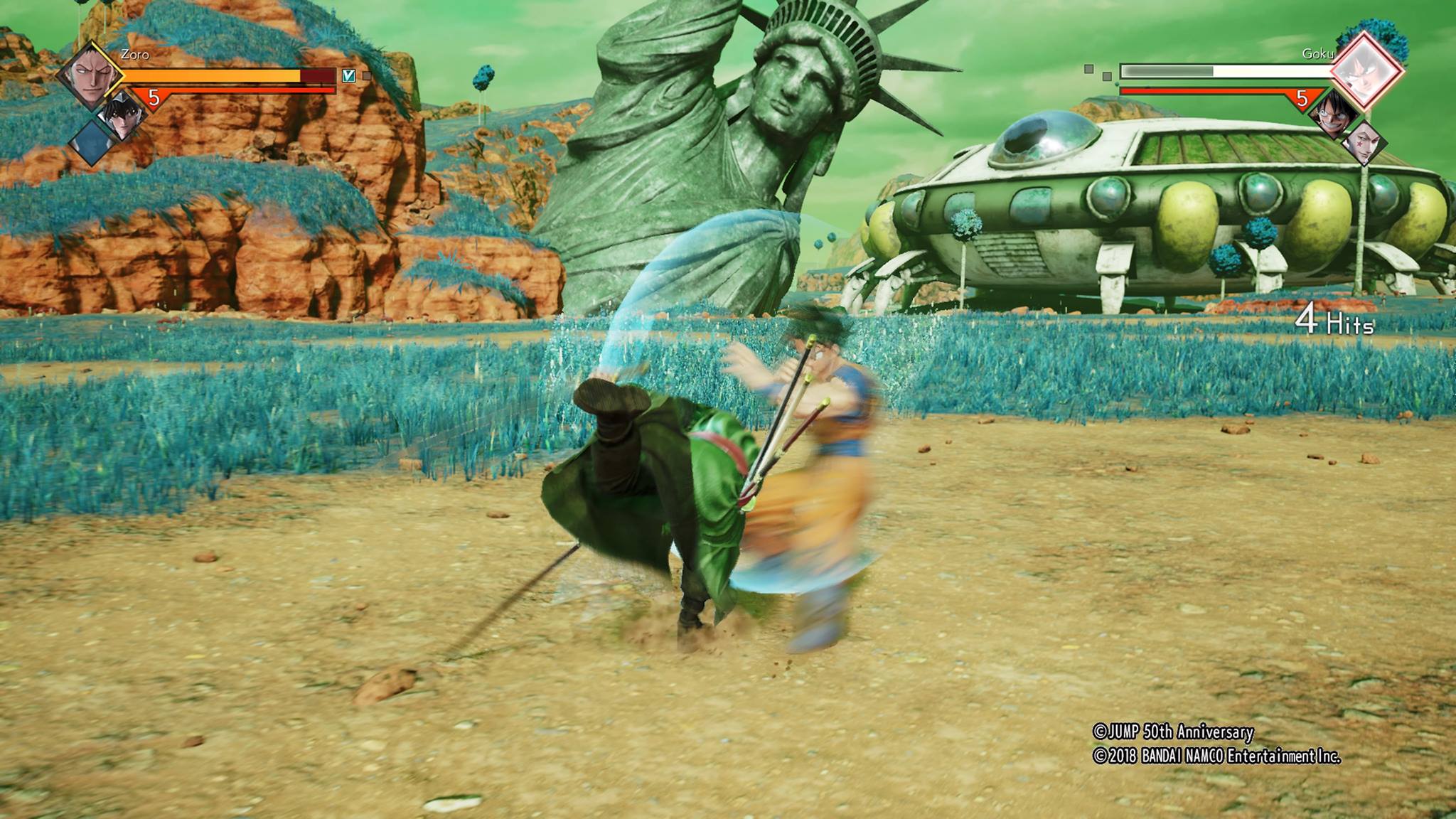 While still a work in progress, the recent time with Jump Force shows that it has progressed beyond the initial demo we saw a few months ago. The gameplay features more accessible mechanics to attract more casual players who may be hardcore anime fans but not necessarily hardcore gamers. Jump Force is a love letter to Weekly Shōnen Jump and the fans of the respective series, but spending some time with the game indicates it could also end up being a respectable fighting title as well. Jump Force is scheduled for release in February of next year for PC, PlayStation 4 and Xbox One.