Most independent games nowadays focus on breathtaking storytelling and immersive gameplay.  AuraLab has other ideas with their newest game, Karma. Incarnation 1.  In this 2D point-and-click adventure, you play as a black blob named Pip who journeys to discover who he is in a world of both good and bad karma.  The choices that you make could very well change the way that others see or react to you, giving you the opportunity to explore in order to solve puzzles or pass through areas.  You must allow Pip to discover the ways of morality through trial and error, using his psychedelic powers to see deeper into the world around him.  It’s not a conventional game, but the humor and the mind-boggling puzzles make up for its unconventionality to make a new kind of game. 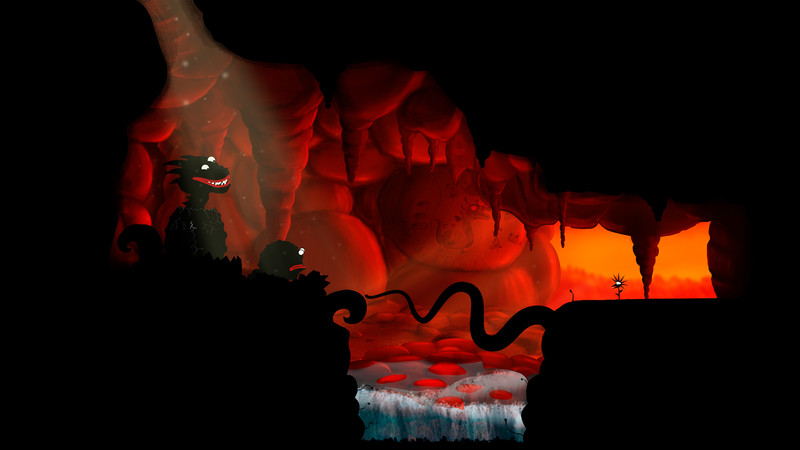 Let’s say you eat a spiky object, Pip will grow a horn on his head, making him seem much more villainous than he actually is.  Why would anyone want to let him through if they think that he poses some kind of threat to them?  There is no text dialogue, just reactions and noises that the characters make that give you an idea of what is going on.  Similar to human emotions, words sometimes do not speak as loud as actions and you must solve your way through complex puzzles and situations as such.  This also affects Pip’s karma levels, as he will look more menacing with every bad deed that he does; becoming purified for every good deed he does.

Depending on how he looks to another character, different story lines will open up and take you to a different part of the game, making the replay value much higher than most other games.  If not that, then at least Pip’s hilarious faces and interactions with other beings will have you wanting more from this strange, yet imaginative world, that Auralabs has created for us. 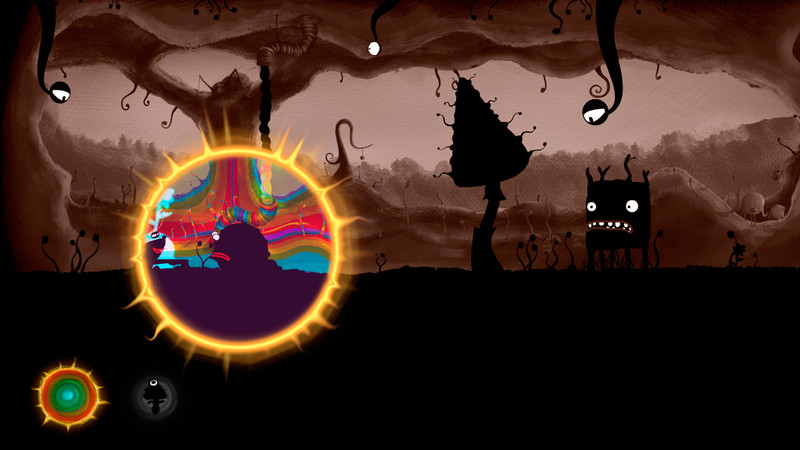 The music is recorded live by the band Zmeiraduga, perfectly accompanying the strange, trance-like world that Karma. Incarnation 1 takes place in.  The music offers a gameplay experience that makes it almost difficult not to play without headphones, especially since there is a lack of written dialogue to begin with.  It is expected that the game will be released with a downloadable soundtrack, which can also be found at the SoundCloud link, but with no set release date.  The game does have a playable demo available on Steam and will only be available on PC when it is released as there are no talks of any console or mobile ports (though that would be awesome).