Blizzcon is an exciting time of the year for fans of any of the current Blizzard titles, or potential upcoming ones. The B is teasing some upcoming changes for StarCraft II multiplayer in its second add-on, Legacy of the Void. Add-on is a bit of a misnomer: the game will release as a standalone title, meaning that StarCraft II: Wings of Liberty or Heart of the Swarm will not be necessary to play Legacy of the Void. No news yet on pricing, though it was stated before that it would be priced as an expansion. 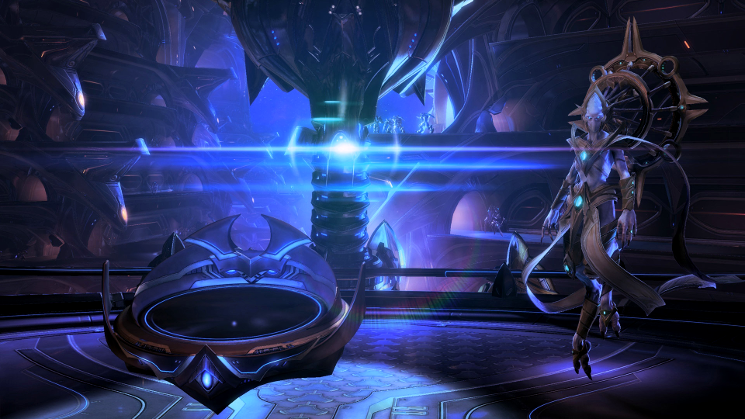 The Protoss single-player campaign will focus on Hierarch Artanis and span approximately 20 missions. At the helm of the glorious arkship, the Spear of Adun, you’ll be tasked with uniting the Protoss factions to stop the evil Xel’Naga Amon from laying waste to the entire universe courtesy of his army of bastardized hybrids. You’ll be able to customize your army in a number of ways as well as your ship, unlocking powerful gameplay-altering abilities to use from the skies, like Orbital Strike and Time Stop.

Missions range from the standard fare to unique takes on inter-faction interaction (say that five times fast). The Sky Shield mission tasks you with assisting Jim Raynor and Terran Forces. In Unleashed, you can relocate your base — literally shift and move your Nexus — to avoid interruptions in mineral collection. Many of the cinematics and voice recordings have been completed or are seriously underway at this point, but no official release date has been revealed.

Some crazy exciting new features include automated tournaments as well as the Archon and Allied Commanders mode. Automated Tournaments are daily tournaments that allow you to square off against similarly-skilled opponents in cutthroat competitions for fame and glory. The Archon Mode allows you and a friend to share control over a single base, as opposed to classic 2v2 where you’re each in control of a separate army. For instance, one of you could focus on production while the other controls offensive units, which also allows for exciting coaching opportunities.

On the other hand, Allied Commanders is an objective-based cooperative gameplay mode. You can team up as a commander from any of the three races and engage in campaign-style dynamic missions to gain access to customizable units and additional options for your armies.

While that’s all well and good, the important, succulent bits of news-meat we were able to gleam focused on what makes StarCraft II the glorious game it is: competitive, intense, unforgiving multiplayer. Keep in mind that all of the multiplayer changes below are subject to change, and any of these could be removed a la Warhound from Heart of the Swarm. 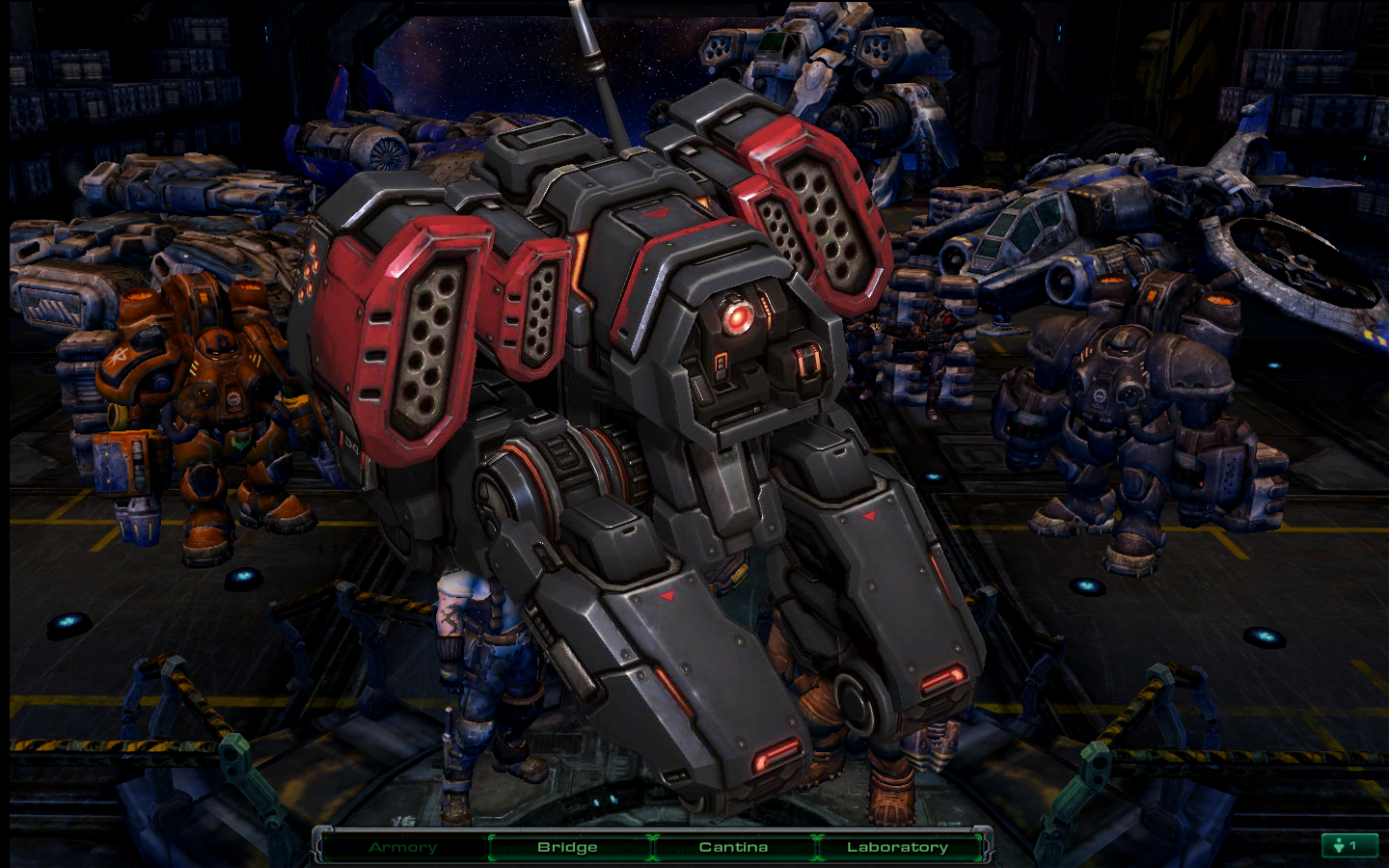 For the stoic Terran, we have two new units: the Big Daddy-looking, drill-equipped Herc and single-target assassin the Cyclone. The Herc is trained from the Barracks, has the ability to launch itself toward a target and can be upgraded to deal area of effect damage in a small radius. It cannot target air. The Cyclone (pictured above), built from the Factory, can lock on to deal double damage while moving and can hit ground or air units. The Lock On upgrade must be researched at a Factory’s Tech Lab. It’s a quick unit with the same speed as a Stalker, and is best used for kiting and single-target removal.

There are also have a number of changes coming to Raynor’s people. The Siege Tank receives its second substantial gameplay change following the removal of a research requirement for Siege Mode in Heart of the Swarm – it can now be loaded into Medivacs and dropped while in Siege Mode. Thors have gained the Emergency Repair ability, which self-repairs for 20 seconds. The Thor can’t move or attack while repairing, though. Leap-frogging Thors while backed by leap-frogging Siege Tanks and Widow Mines? Yes, please.

Banshees were buffed as well, gaining 1 range (up to 7) and the Hyperflight Rotors upgrade which can be researched at a Starport’s Tech Lab to increase their movement speed. This upgrade requires a Fusion Core to be researched, though. Battle Cruisers now can use the Tactical Jump ability to teleport to any point on the map. Vision is not necessary to do so, but the ability is taxing on the energy reserves. It’s like an inverse Mass Recall – imagine your opponent’s reaction to a fleet of BC’s suddenly knocking at his undefended expansion.

Overall, Terran is gaining a neat new mechanical unit as well as a slew of active abilities and improvements to their existing technological arsenal. Heart of the Swarm started pushing mech Terran into the spotlight with the Hellbat and Widow Mine, and Legacy of the Void seems to be continuing this trend. The Herc seems like a good anti-Siege Tank, Baneling and Swarm Host unit with its ability to close distances quickly, hopefully leading to less stalemates. Aerial units got a good bit of love that will possibly make Sky Terran more popular. Cyclones provide kiting potential to threats new and old, and many new harassment opportunities thanks to the Banshee and Siege Tank changes have been made possible. 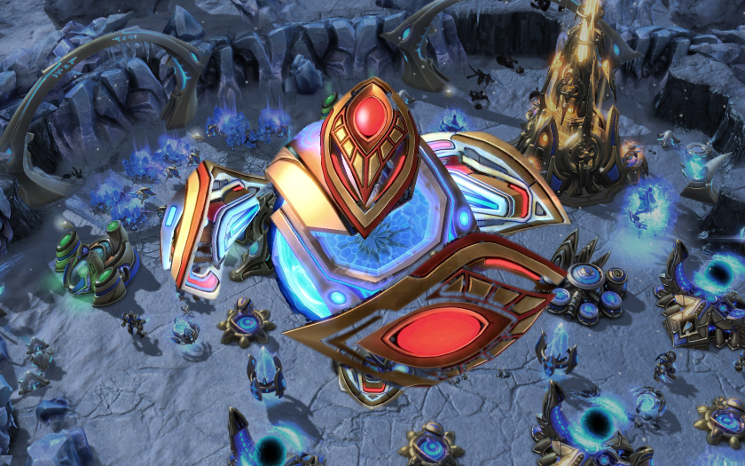 Protoss is only gaining one new unit, the Disruptor (pictured above), which is warped in through a Robotics Facility. It has a Charged Blast ability which deals a burst of area damage around the unit. While charging, it speeds up and is invulnerable. Like High Templars, it can deal damage to friendly units. This is a slightly micro-intensive unit that forces enemies to react or die. It seems to only affect ground units, but careful positioning will be key to not waste shots on your own army.

In addition, several Protoss units are gaining abilities or having slight tweaks to their existing skillset. Tempests are gaining the Disintegration ability, which deals massive damage to single units either in the air or ground as well as structures, but their normal attack can no longer hit flying units. In addition, they’ve gained a buff to their movement speed. Disintegration does not require the Tempest to remain in proximity for the duration of the ability, and is a scary new target-removal option. Immortals have had their Hardened Shields removed (!) but gain the Barrier Shield ability, which grants a short-duration damage absorbing shield. This will reward intelligent use as well as improve encounters where the Immortal was formerly unstoppable.

The Warp Prism can now pick up units at a distance, further improving its drop potential. Oracles are now even more useful. Revelation and Envision have been combined, so cloaked units hit by the ability are now revealed for a period of time. Stasis Wards are a new Oracle ability that sets a trap that paralyzes enemies for periods of time, opening opportunities for synergy with Psi-Storms or Disruptor attacks. Carriers can now send out Interceptors to fight even outside of the Carrier’s proximity, adding more harassment potential to a currently unloved unit.

Some officially unconfirmed information regarding the technologically advanced race has been hinted at as well on Twitter and other outlets. The Photon Overcharge ability from the Nexus supposedly now only hits ground units, substantially reducing its efficacy at altogether halting drop play and aerial harassment. Warp Gate now takes 8 seconds (up from 5) to bring in a unit, and warping units now take 200% damage. This should reduce a lot of the frustration aggressive players felt when the Photon Overcharge effectively gimped early game rushes, while Protoss could still engage in proxy warp-in  shenanigans. Avilo must be pretty happy to hear that.

Protoss is gaining some important zone control options in Legacy of the Void as well as some harassment and single-target removal. The Immortal, Warp Prism, Carrier and Oracle changes all emphasize micromanagement and intelligent placement, while the Photon Overcharge and Warpgate changes reward caution and restraint. More dynamic gameplay can be expected from the deathball race in the upcoming installment. 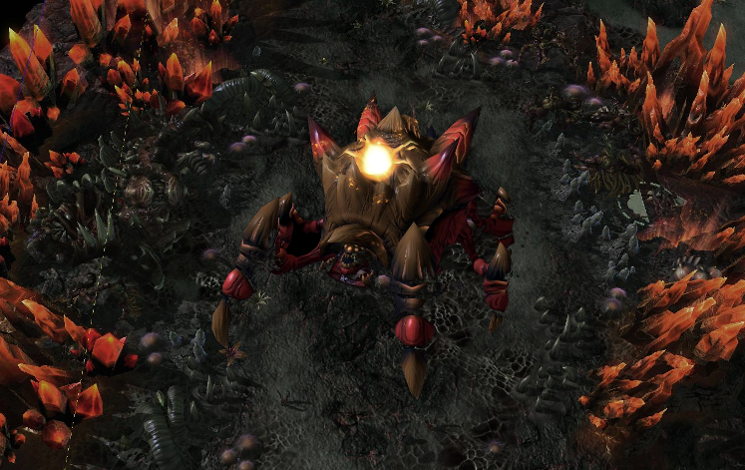 Of course, the Zerg are undergoing significant evolutions in Legacy. Two new units have been confirmed for the creepy-crawly aliens, the long-awaited Lurker from Brood War as well as the imposing Ravager (pictured above). The Lurker can be created once a Hydralisk Den is in play, and attacks in a straight line to deal splash damage while burrowed. It can be upgraded to have an attack range of 9 instead of 6, further increasing its lethality. The Ravager evolves from a Roach, and boasts the Corrosive Bile ability. This takes a few seconds to charge, and deals damage to both ground and air units at a target location as well as breaking forcefields, the importance of which can’t be understated.

Some substantial changes have been made to the existing insectoid arsenal as well. Swarm Hosts are now significantly more mobile, likely as a result of Lurkers being in play and filling the Hosts’ former role. Their Locusts are now stronger can now spawn while the Host is in motion, and they can be upgraded to fly over terrain. Infestors have had the underused Neural Parasite removed in favor of Aggressive Mutation, which grants units in an area an additional 5 attack damage for 30 seconds. Corruptors can channel a la Void Ray, attacking a ground target and massive damage if a structure is targeted with their Caustic Spray ability. The ever-horrifying Nydus Worms are now invincible while unburrowing, making them a powerful tool for harassment.

The Lurker is a brutal new addition to the Zerg arsenal which deals substantial damage from below, as well as reduces the capacity for static defenses like Planetary Fortresses, Photon Cannons and Spine Crawlers to halt Zerg pushes. Ravagers and the new Infestor buffs give Zerg a little more oomph in full-on engagements, while the Nydus Worm changes allows for aggressive siege- and stalemate-breaking as well as more harassment opportunities alongside the changed Swarm Hosts.

If you haven’t just about died from anticipation yet, here’s some more tantalizing  tidbits regarding economy. Bases still have 8 mineral patches, but you start with 12 (up from 6) workers and each mineral patch has substantially less minerals than before – only 1000 down from 1500. This means you’ll be exhausting your main base faster than ever as well as all future ones, while doubling your initial income rate. Things are going to start quickly in Legacy of the Void, and aggressively expanding is looking to be the name of the game. High-level players seem to be taking 5 or more bases by the 15 minute mark. For the uninitiated, this effectively doubles the amount of bases currently taken at the same point in many matches today and means there’s more area to cover, harass, and defend.

Legacy of the Void is looking to be an extremely dynamic, high-octane multiplayer installment of the franchise. This closing chapter of the StarCraft II  trilogy boasts some serious changes to the game on the economic and military fronts, with options for attacking, zone control and harassment more diverse than ever before. Expect some of the fastest and most frantic action you’ve ever seen. Commanders, hold on to your pants. This is going to be awesome.

You can sign up for the beta currently over on the official site. Stay tuned here for all of your Legacy of the Void news.