Horror games aren’t usually my thing, but when I saw the trailer on the OUYA Forum, I saw something I could sink my teeth into. The horror theme was just a motif — the core game was a first-person puzzle-platformer. As someone who struggles with FPS viewpoints in games, I was a little apprehensive about checking it out, but the concept looked interesting and it seemed like a game worthy of coverage. I decided to take the leap of faith when the developer said they’d throw in a God mode and a level skip. By golly, how could I turn down the chance to check out something with anti-frustration features thrown in? The best part is that they’re completely optional and they can be turned off and on in real-time – puzzle-heavy stages really don’t need God mode, but for the obstacle courses, they were a Godsend (so to speak).

The game stands out immediately with a dark look to it. There’s lighting, but it’s fairly sparse. It also starts off with a reasonably challenging set of tasks as you need to avoid glowy electric balls with careful timing. This is the first chance you’ll have to judge depth and get some kind of an idea as to how far you should be from things before moving. Jumping is thrown in soon after, and you need to learn just how far each jump takes you and how to move the sticks around just right to avoid making too many mistakes. Trial and error are key here, and you’ll need to master this before being able to beat sections that feature moving light beams at varying levels out to kill you. Much like Ninja Gaiden, everything in this game is designed to end your life. 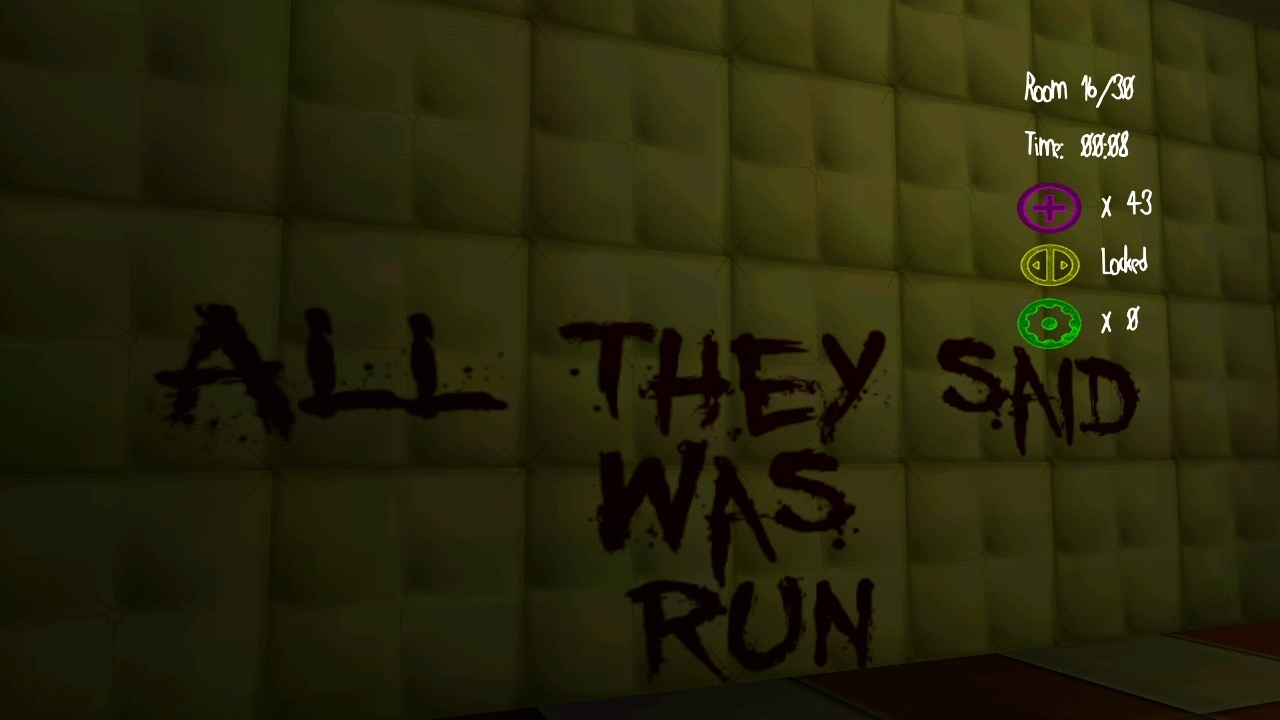 Fortunately, you figure out the mechanics fairly quickly. There are times when you’ll need to restart just due to happenstance – like mis-timing a jump, or having a beam come up and shove you off a platform. This is where the ability to also up your continue count at any time comes in handy. For the full game, you can buy a bunch for a dollar, or aim to just go through with checkpoints. You get one every few stages, and the key is to learn the patterns well enough to last from checkpoint to checkpoint. The jumping mechanics work reasonably well, but the OUYA’s iffy controller did mar my experience. As the owner of a first-generation pad, I’ve had a few games wind up just moving me around randomly – and it seems to be an issue with the pads themselves and not just the games. That only hurt one stage though, and the rest of my experience was a smooth one control-wise. The button layout is logical and it’s a great introduction to first-person gameplay since you don’t need to worry about aiming precisely and can lure people in with the platforming aspect of it.

As a puzzle-platformer, it’s rewarding – and that’s what you want from a game in that genre. It should feel like you’ve accomplished something solving the puzzles – even if they’re just a matter of making sure you hit the right spinning platform at the right time to leap onto another platform that is coming out of the wall. It’s not an impossible, but you will need to be patient. This holds true for the platforming sections. Early on, you’ll encounter simple things like Bowser’s Castle-esque spinning flame sticks, but later, you have to face a much tougher obstacle – Mega Man-style disappearing blocks! These start off easy and then get so intricate that you seemingly need to nail the timing perfectly on each jump to avoid death. Much like how kids feared these things in NES games, you’ll grow to fear them more as an adult. 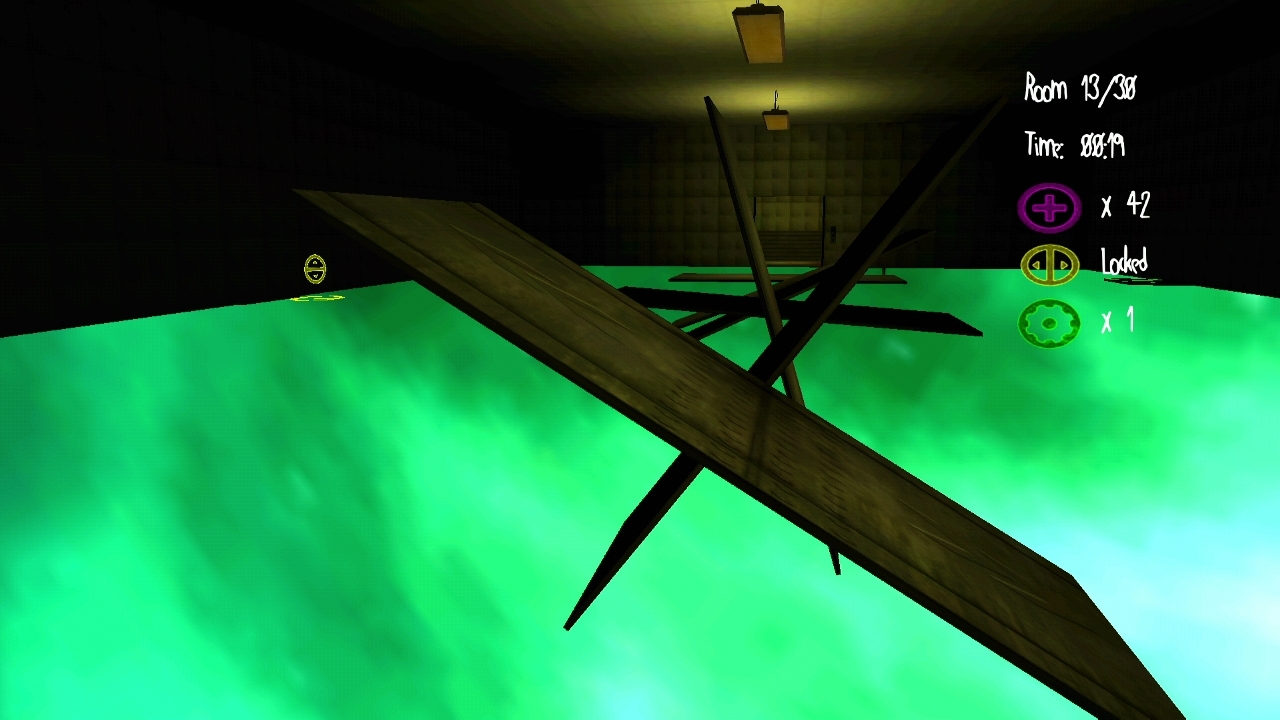 A/V-wise, the game looks solid enough. The heavy emphasis on lighting and dimming the environment works well at establishing a scary, but not jump-scary mood. Every step is unsettling, and it strikes a good balance between being scary and not horrifying. Unlike just about every other horror-themed game out there, this one lacks gore – so it’s also a good introductory game for someone who wants to check out something scary without the gore. However, there are some janky textures evident in the environment – but not to the point of being distracting. The sound design is fantastic, with eerie music playing throughout and screams of agony echoing throughout each level. Normally, you’d want to see where they were coming from, but the fear of the unknown works wonderfully here.

At only two dollars for a limited time, Hell’s Hospital is a definite must-have if you’re impressed by what you see of it below. Right now, the game is already pretty memorable and it’s not even completely finished yet – the devs plan to add multiplayer support down the line and are actively working to squash the bugs that hampered my initial playthrough with a crash. I’m not usually one to recommend buying something in an early state, but given that so little money is at stake, this is worth the risk. If you dig FPSes, want something that’s more of a platformer and can put up with rough edges, there’s a lot to enjoy here if you’re an OUYA owner.