Live A Live is a JRPG that was released for Super Famicom in 1994. Outside of some fan-translated ROMs, it was never available in the west. This changes next month when Live A Live will make its western debut on Switch. This won’t be the original 28-year-old incarnation however, it will receive a HD-2D visual style facelift similar to Octopath Traveler. Voiceovers have been added to the dialogue and each story will feature rearranged versions of the original music composed by Yoko Shimomura. There’s currently a free-to-play demo available on Nintendo’s website, and since we’re excited about Live A Live at Hardcore Gamer, we dove right in.

Live A Live is directed by Takashi Tokita who’s resume include games like Final Fantasy IV, Chrono Trigger and Parasite Eve. Live A Live is an atypical JRPG which may have prevented it from achieving greater commercial success when it was released, but its influence can be seen in games like SaGa Frontier. At the start of the game the player is presented with seven different scenarios. The Distant Future, Imperial China and Twilight of Edo Japan are the three chapters that can be sampled in the demo. The other four are Prehistory, The Wild West, Present Day and the Near Future. It appears that the player will be able to play them in any order they desire. 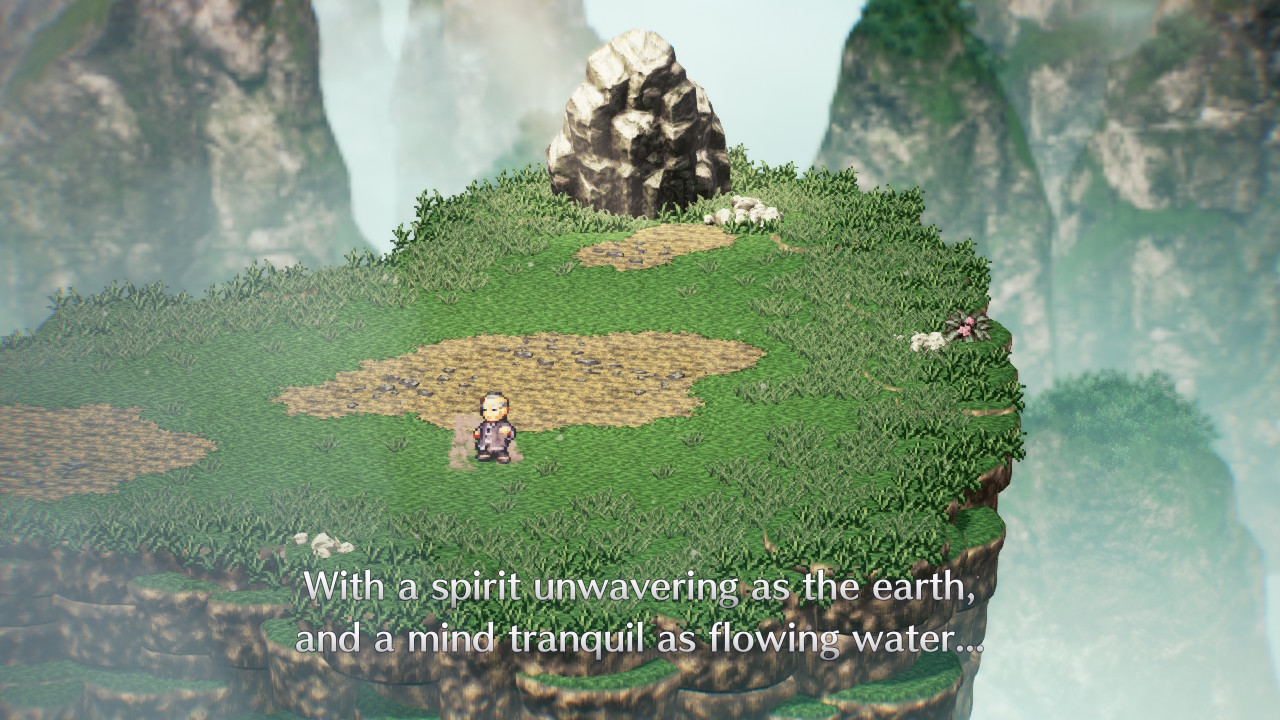 The Distant Future has the player controlling a robot named Cube. Cube was the project that was recently completed by one of the spaceship’s crewmen named Kato. This scenario was interesting in that it had no combat, save for an optional arcade game. Cube traveled about the ship, talking to other crewmates. In case anyone is wondering, yes you can open the airlock and blast Cube into the void of space and yes, it is bad to do that. Not a whole lot of information was revealed in the brief section of this chapter in the demo, aside from the fact the spaceship is transporting a quadruped behemoth of some sort to Earth.

Imperial China is where the player takes on the role of the Earthen Heart Shifu. This kung fu master lives alone near the villages in the mountains, contemplating the need to train a successor. The simple low tech life surrounded by nature’s splendor is quite the contrast to the cold vacuum of space where we met Cube. As he wanders through the village he interacts with the citizens and taking part in dramatic battles with some of the more dangerous members of society. There are also beasts waiting to be battled in the nearby wilderness. This is the chapter where the battle system was revealed that seemed advanced for the time. 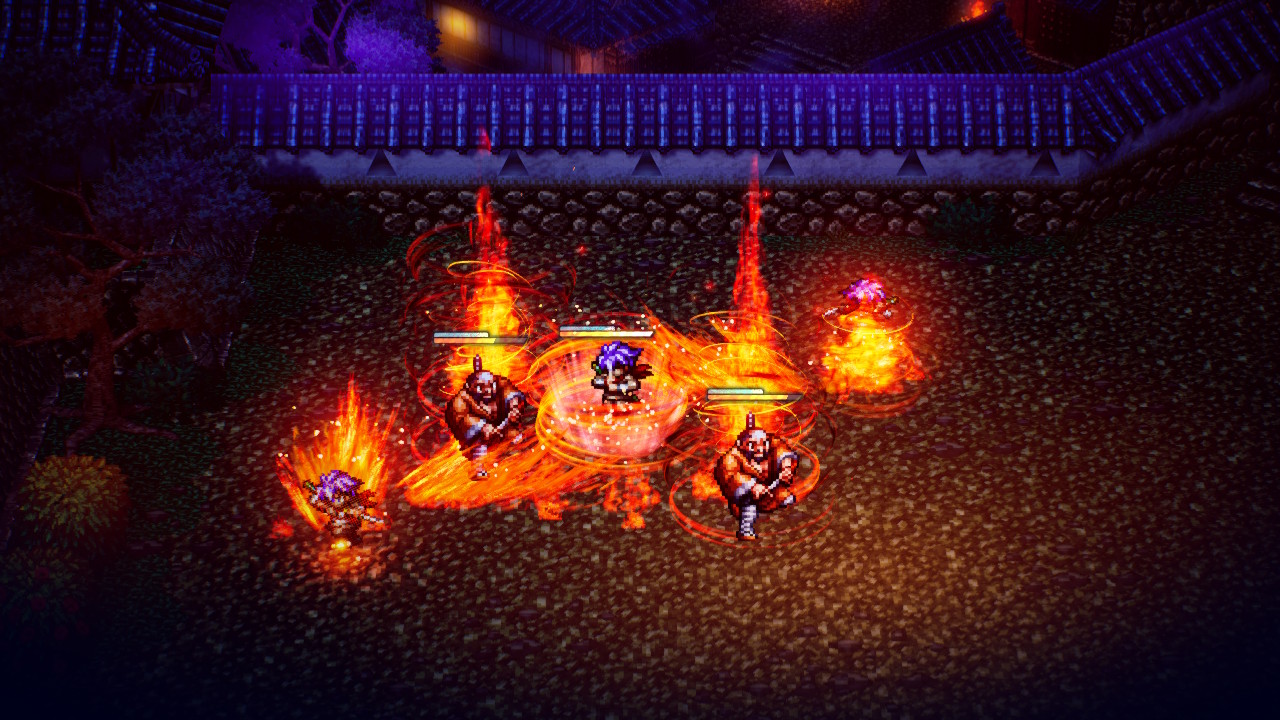 Twilight of Edo Japan is where a shinobi is given an important mission. This chapter centers on Oboromaru, a shinobi who has not yet completed his training but shows immense promise. Lord Ode Iou’s ambition is to overthrow the Tokugowa shogunate. Oboromaru must infiltrate the enemy’s headquarters to rescue a man of great importance. It’s up to the player how they wish to do this. They could use a stealth approach, slip in like a shadow and leave without a trace, which is made easier thanks to an ability called Shadow Self that hides Oboromaru from threats with the press of a button. There’s also the option to run in and slaughter every guard that gates in his way, but given that this approach has a kill count it seems like the game is encouraging stealth.

The battle system in Live A Live sets it apart from many of the other well known 16-bit JRPGs. Turn based battles take place on a tactical grid. Unlike the standard options of Fight, Magic, Item etc, each character has a variety of actions that doesn’t seem to consume resources but have different charge times. The different actions have their own ranges and area of effectiveness so factoring time charge time and area of effectiveness all matter. Some attacks are ranged some are only effective at diagonals, some are straightforward and some have a area of effect radius. Certain actions can restore health while inflicting damage or contain other status effects like stun or even leave damaging flames behind on the battle grid. The brief demo only offers a taste of the what combat is like in Live A Live. The demo only had the intro section for the three chapters, so the battles were still at tutorial difficulty levels, but imagining what some of the later fights are like intensifies interest. 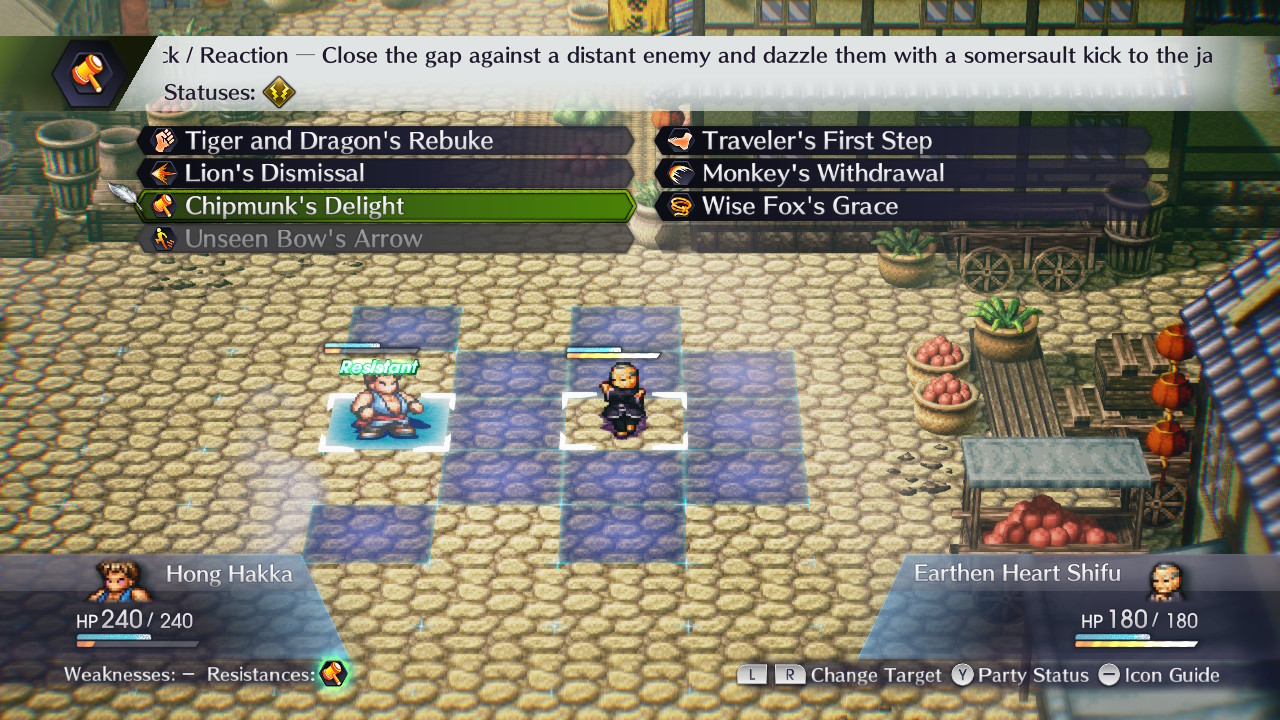 The playable demo of Live A Live only gives a brief introduction to what the game entails, but it’s enough of a taste to wet the appetite. Progress saved in the demo does transfer over to the retail version so it’s not a bad thing to check out for those who are curious about Live A Live but aren’t sure if they want to throw down the fifty bucks to preorder. How the seven storylines are intertwined isn’t explained in the demo’s content, but I’m looking forward to find out when it gets released. Live A Live is scheduled for release on Nintendo Switch on July 22.