If you’ll pardon an occasional positive spin to proceedings, while it may take more the form of a slow trickle as opposed to a rampant torrent in the realm of reasonably-budgeted VR games, the benefit is in signifying the platform’s ever-closer realization as a fully-fledged direction for video games. Its more traditional, non-VR equivalent, holds near-unanimous reign in many consumer’s minds (and is likely to do for some time), but it’s nice to find a VR game, from time to time, that is not just enjoyable, but finds a way to utilize such peripherals in an interesting way. Whether it’s mechanically (how motion controls factor in) or spatially to better exemplify the aesthetic presented, it’s nice to know that VR titles don’t simply have to resort to yet another carefully-orchestrated series of first-person shoot-outs. Then again, even that can be well-executed given the right material and accompanying presentation. And sometimes, even just spectating the world — you yourself becoming almost a secondary element to the prime, main focus if you will — can conjure some note-worthy releases. And in 2018, we got exactly that.

Developer Polyarc’s Moss, originally an exclusive for PlayStation’s own VR headset, was already a charming-looking title when it was first announced a year prior. And not just because it starred an anthropomorphic mouse navigating a fantastical world in peril or that the game had an interesting way to contextualize a player’s presence therein. Rather, Moss felt like an actual world as opposed to a compilation of “sets” or “stages” that the player — with controllers in hand — simply motioned between on their quest. Not to say that the concept of a “stage” or some otherwise artificial semblance of a locale doesn’t hold its own charm, but the move away from focusing on the player, instead making the game about Quill and her quest to save her home, proved to be a smart move. Marking itself down as a genuine highlight in not just PlayStation’s still-young VR catalog, but in the platform’s general assembly of smart and inventive interpretations. 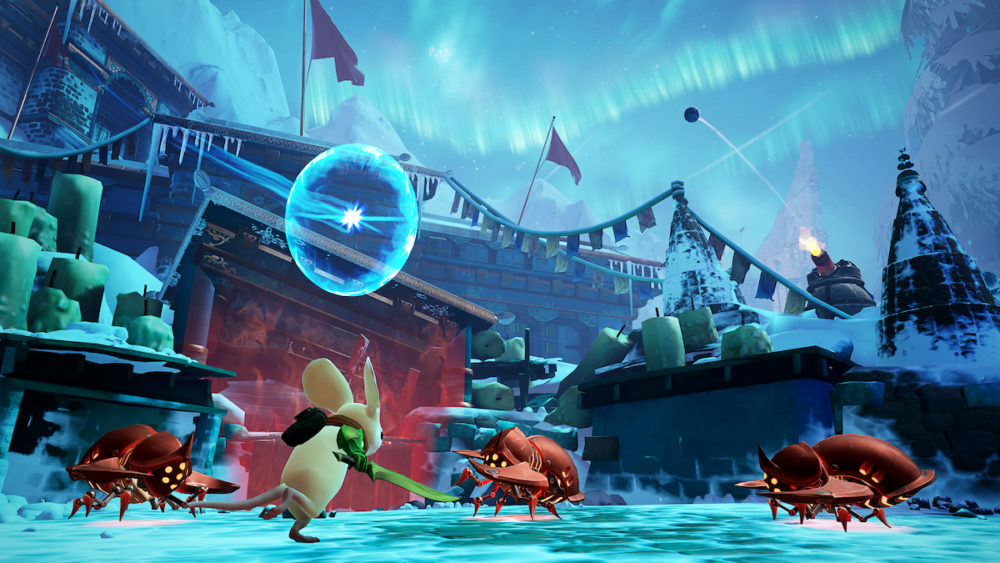 With Moss: Book II, unveiled during last week’s recent State of Play showing, Polyarc look to be picking up quite literally where the first game ended. For anyone having played the original 2018 release, that revelation might not be that surprising. Or the fact that the tale being spun in the world of Moss was more than Quill’s first, brief adventure laid out. As I sat down recently with Josh Stiksma — Polyarc’s design director on the sequel — he admits the possibility for a continuation was always treated, as most small studios often do, as a figurative leaving the door ajar. As Stiksma explains to me, Moss was always seen as a world brimming with individual stories and events, as opposed to just one singular, linear focus. That said, both he and Polyarc couldn’t help but confess their appreciation that not only the game, but the world the team had built, had been met so warmly. A testament to Moss‘ hearkening to the children’s illustrated books of yesteryear — where anthropomorphized characters needn’t be over-designed or complexly-created. Quill’s design is simple but effective in what it’s trying to evoke and whether nostalgia does indeed play its part, Moss‘ appeal owes much to its artistic direction, as it does the relation between the player and the main protagonist. A case where both roles are in fact entirely separate.

Not least on a platform that’s still as fledgling and as young as contemporary VR. As Stiksma explains in the game’s accompanying presser: “countless emails, tweets, streams, and fan art postings made us feel like we had created something special.” Proof, not that we needed anymore in current year, that VR had the capabilities to entice, engage and immerse players with the worlds it was crafting. In Moss‘ case, perhaps it was the game’s very own take on player involvement — how your spectre-like presence was guided through Quill’s journey. Indeed, how the original game’s adjoining paths and entryways/exits made the fantastical setting feel more like one has leapt straight into an entirely new and fleshed-out locale. But Moss: Book II is of course more than just a direct continuation, with the prospect of what the game describes as a “winged tyrant” hunting Quill down. How this, if at all, factors into gameplay and puzzle-solving — outside of some narrative implication — is unclear, but the promise of a sequel that builds as much on its puzzle-solving, as it does its lore, is at the very least enticing. 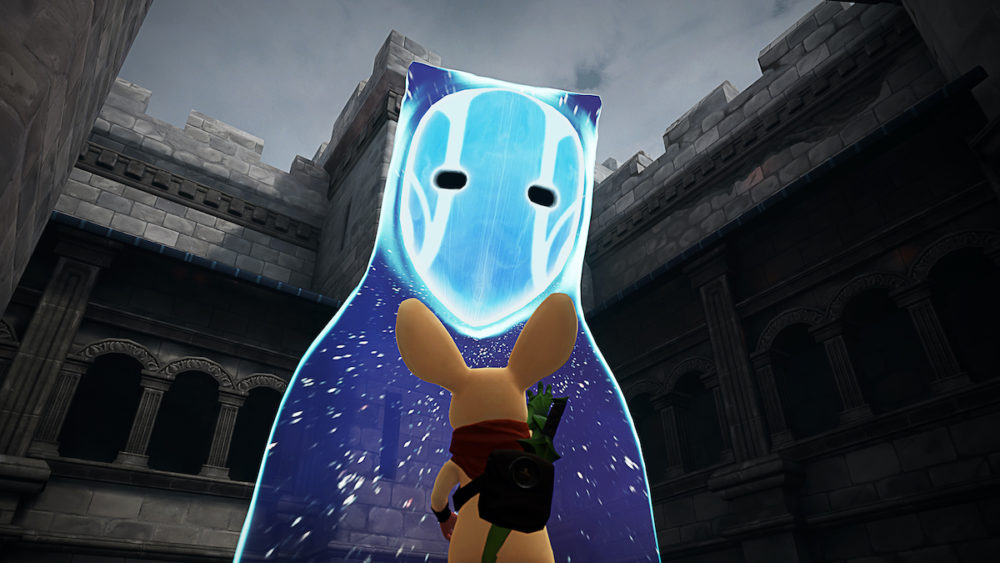 Much like other stand-outs in Blood & Truth — another fellow VR title that debuted on Sony’s headset — Moss was a VR release whose merits and successes resided in more than just competency with handling VR. Integral those mechanics might have been with puzzle-solving, Moss‘ world and presentation were something to take notice of and it’s at least comforting that Polyarc are confident in building on what their 2018 title introduced to. Regardless of how more substantial or fleshed out Moss: Book II aims to be in its world-building and the tale it wants to tell, the bigger question is whether or not the sequel can surprise players all over again with its framing on the relationship between player and main character. A key part of Moss‘ appeal three years ago and one that the early teasers look to be pointing towards again. Regardless, seeing that lone, brave little mouse braving the perils put before her is admittedly charming enough on its own. Whatever Moss: Book II ends up throwing at Quill and the player alike is sure to be a welcome bonus.