Though the vehicles may be smaller and the number of wheels reduced by half, that’s not to say that Motocross is any less tactile — or indeed any less dangerous — than its 4-wheel, off-road counterpart that is rally racing. While the likes of the WRC & DiRT (with or without, mustn’t forget, the trustee Colin McRae name) series have kept cars fresh in one’s mind on a nearly yearly basis, motocross has had to, through no fault of its own, settle for that mere rung lower — a sport that maintains a consistently high following around the globe in real-life, but in video games remains but a niche corner of the grand sport/simulation genre.

Developer Milestone’s third entry in the officially-licensed MXGP series (it won’t surprise you to hear it’s called MXGP3) may well be digging deep to represent the best riders still active in the dirt-filled, mud-chewing circuit that is Motocross, but the interesting thing about the game — coming into the third outing, personally, as a complete newbie — is how well Milestone manage, amidst the turbulence and the uncertainty of each and every decisive turn in the track, to balance the raw simulation of its sport with the accessibility that is its core gameplay. MXGP3 may indeed punish those, occasionally unfairly, who rely too heavily on such things as leaning or pure acceleration/speed (over, say, the right riding line), but the game never feels too narrowed-in or filtered down to attract even the least knowledgeable of players. 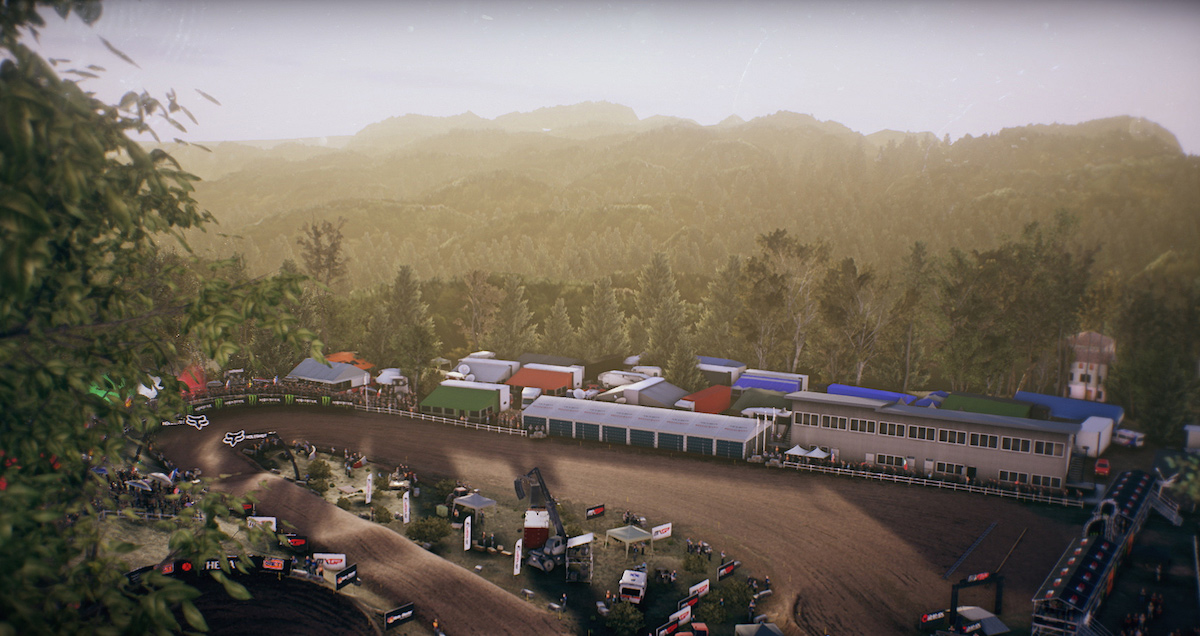 Even if the AI racers can occasionally be found guilty of a little rubber-banding here and there, while victory does seem to only come way of knowledge and awareness of the layout of its tracks, MXGP3’s easy-to-grasp control system and subtle environmental perks (turn risks) do at least offer support without watering down the experience for the most hardened or dedicated of players. While I was only able to play on one of the game’s dozen-and-a-half, 2016 season-based circuits — not to mention limited to a few riders in but one of its two-stroke roster– MXGP3’s prominent hook is the way in which both the degrading of the terrain, as well as the dynamic weather system, can make the simplest of sections feel like a basic error just waiting to happen.

As players (and indeed AI) dig up more of the circuit’s terrain the longer each race carries on, the presence of tire treads and indeed race lines is not simply a cosmetic presence. On top of the visual marks, they add subtle effects to the way your bike handles and treats even the most simplest of actions (such as turning). Its during the more wet and rainy conditions however that the game’s dynamic systems come into more noticeable — if not blatant — show; the biggest surprise being how it never really settles in an objectifying “better” or “worse” condition than a race being played in an otherwise dry alternate condition. The non-restricted, unpredictability of the weather mechanics may indeed reflect but a natural occurrence in real-life, but for a game [mostly] about perfect cornering and keeping a good measure of one’s speed, the fact that intertwining elements such as rain and tread-marks in the course not only produce a multitude of outcomes, but can combine too to carve out even less predicted results provides another, though subtle, ounce of variety to the strategic means a game like MXGP3 requires as much as it so thoroughly deserves. 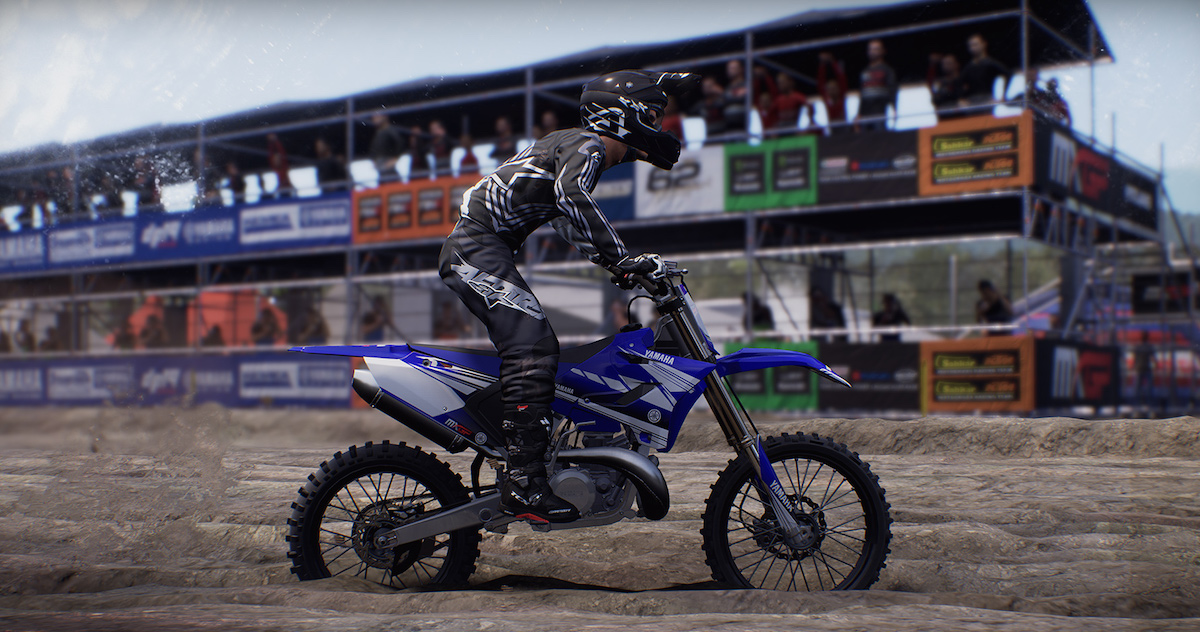 Because of this, the game isn’t solely about the design and positioning of its tracks. Even if the ample visual assets and lively ruckus of cheering crowds do provide a reasonable animate liveliness to the environments on show. Sure the need to both steer and land one’s bike after a perilous jump or corner remains paramount, there’s a warranted intrigue to discover how a particular tread of a previous rider — perhaps made by yourself in a previous lap — will play into the succeeding subset of tactics and quick-thinking required in a sport (albeit a simulation of a sport) that can flick from calculated to downright chaotic within the space of a heart-beat. As such, the players’ greatest obstacle to get past in order to claim victory isn’t so much the other rides, but as always, it’s the tracks themselves.

There’s notable good then to be expressed in the way Milestone treat Motocross’ official third outing in as many years, as one of both cunning yet accessible skill for potentially a much wider breadth of players who will come into this entry either understanding the base premise or completely uninitiated. But there’s even greater promise when MXGP3’s potential selling point is the genuine chaos a ten-man pile-up on one particular corner can so likely conjure — one that even those more experienced players will likely get caught out over. But that’s the peril of a sport such as Motocross and as such — with its increased emphasis on dynamic gameplay — it’s also one of the game’s more potentially pleasant outcomes.