Sony has dropped the ball when it comes to delivering an Elite version of the DualShock 4. While fans have been clamoring for one after the Xbox One Elite Controller was announced, Sony has made it clear that they have no intentions of developing their own. Instead, the console manufacturer is bringing in companies like Nacon to develop officially licensed Elite controllers. While not officially made by Sony, these controllers are certified by Sony Europe and may soon come to western shores.

Hardcore Gamer recently had the chance to go hands-on with the Revolution and it’s a really nice controller. Nacon has packed a lot of technology into this controller, and it’s going to make PS4 owners who want an Elite controller very happy. 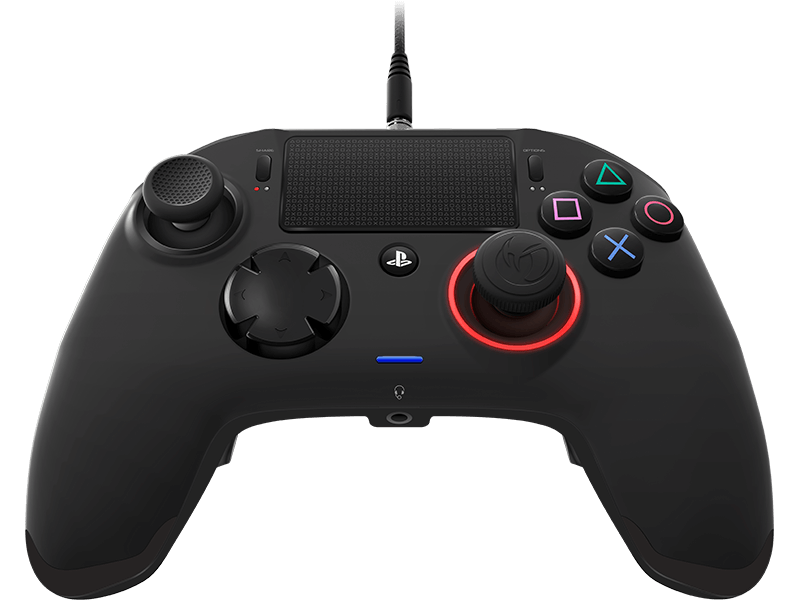 The design of the Revolution is reminiscent of an Xbox controller. The left-stick and d-pad have swapped places, and the controller is much bigger than an ordinary DualShock 4. An additional four buttons on the back of the controller can have any action mapped to them for convenient use. Revolution contains all the functionality of a standard DualShock 4 except for two things. The Light Bar has been completely removed with a new, small light strip on the front indicating what player you are. Considering few people liked the Light Bar, this isn’t much of a loss. The last thing and this might hurt some, is that the controller is not wireless and must stay plugged into your PS4. Annoying, yes, but it does mean there’s less latency than a wireless controller.

Revolution’s size is deceiving. While it may look big, the controller is extremely light. Players will be able to control the weight of the controller and find the proper balance. Two compartments on the controller can be opened to insert different weights. Customization doesn’t stop there. Each Revolution controller comes with two modes. The first is the Pro Control Mode, which closely mirrors the traditional DualShock 4 experience. Mode two, however, when plugged into a PC, can be fully customized to your liking. You’ll be able to remap the buttons, play with the macros, change the depth of the triggers, and customize the sensitivity of the right stick. Unfortunately, the current Revolution is not compatible with the PC. 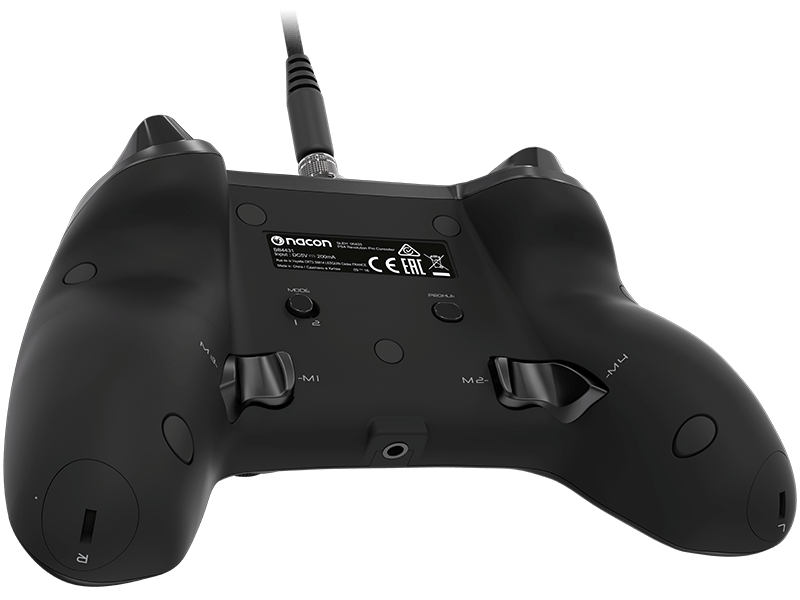 We got to test the Revolution with Call of Duty: Advanced Warfare. The controller felt great in our hand’s thanks to impeccable balance, responsive buttons, and the magical right stick. For the Revolution, Nacon increased the amplitude to 46 degrees for more fluid movement compared to the standard controller. While the increased sensitivity was jarring at first, it wasn’t long before we found our footing and were racking up headshots with ease. Overall, it’s a substantial upgrade from the DualShock 4.

Revolution can be found in Europe for about 110 Euros, which is a steal compared to the Xbox One Elite Controller. A lot of that, however, is because the Revolution doesn’t allow users to swap out sticks, buttons, d-pads, and triggers like the Xbox One Elite Controller. Originally, that was a feature, but due to time and wanting to keep the price down, Nacon opted to cut the feature. Of course, that doesn’t mean a future release wouldn’t have these features. 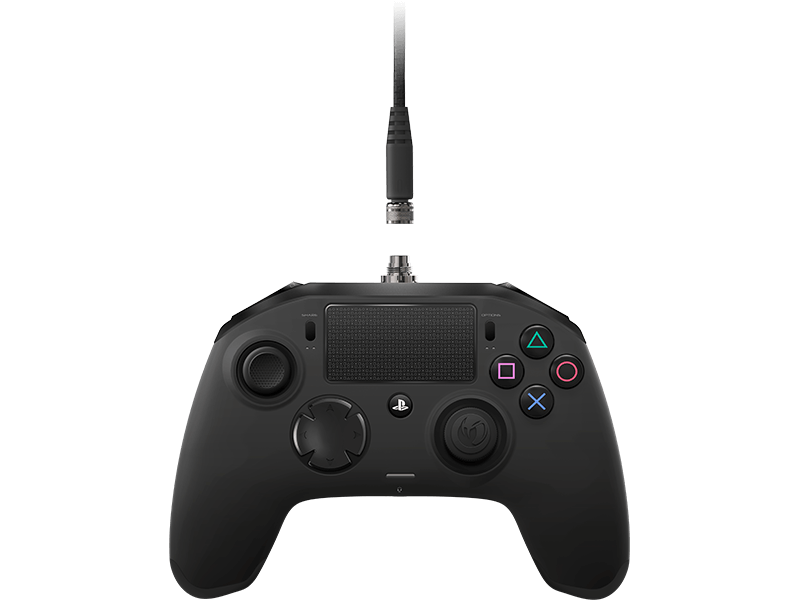 The Nacon Revolution Pro is a great controller for PS4. It finally gives players clamoring for an Elite DualShock 4 something to salivate over. Revolution has all the features you’d want out of an Elite controller, and at a great price. The real question is, when will it hit US shelves? Well, you see, that’s the problem. While Sony Europe has given Nacon the license to sell the controller throughout European countries, Sony America has not given them a license to sell in the US. That’s a real shame, as this is a great controller that would make a lot of PS4 players happy. If Sony is unwilling to make their own Elite controller, then they should at least offer a license to Nacon. Hopefully, Sony will let them begin selling the Revolution soon.