EA Sports reintroduced NBA Live 18 and it ended up being a pleasant surprise. While the gameplay and graphics were great, The One helped reinvent the franchise. Creating a player and going on the road to play street ball was executed well. NBA Live 19 will open the mode even more with not only the introduction of Squads, but the ability to create a female player. The WNBA was incorporated into the game last year, but there was no way to create a female player. This year you will have this option and will also play with and against female players in The One.

We recently went to the EA Sports Summer Showcase to spend time with The One. The focus of your player will be center around the ICON Ability. Much like what Madden and NHL will have this year, the ICON ability allows to upgrade your player and gear their traits towards legendary players. Earning XP will reach different levels as you upgrade your overall rating but with an emphasis on being a certain type of player. Having created a Power Forward, we leveled our player up and grabbed traits such as Vince Carter’s dunk ability to add more of an emphasis on being that type of player. There will also be female ICON’s such as Candice Parker. While this is more streamlined, it allows for a good bit of variety.

The One will also include cutscenes from ESPN First Take, YouTubers and other hype outlets to help spread the story of your success. To get more credibility, you will now travel to famous street ball locations across the globe including the famous spot Carmelo Anthony played in during his stay in Brazil for the Olympics or the Philippines. These venues are bright and vibrant and help embrace the local culture of each location. Some replays will be taken from a fan’s phone to help reiterate the atmosphere you are playing in. Matches will either be 3-on-3 or 5-on-5. 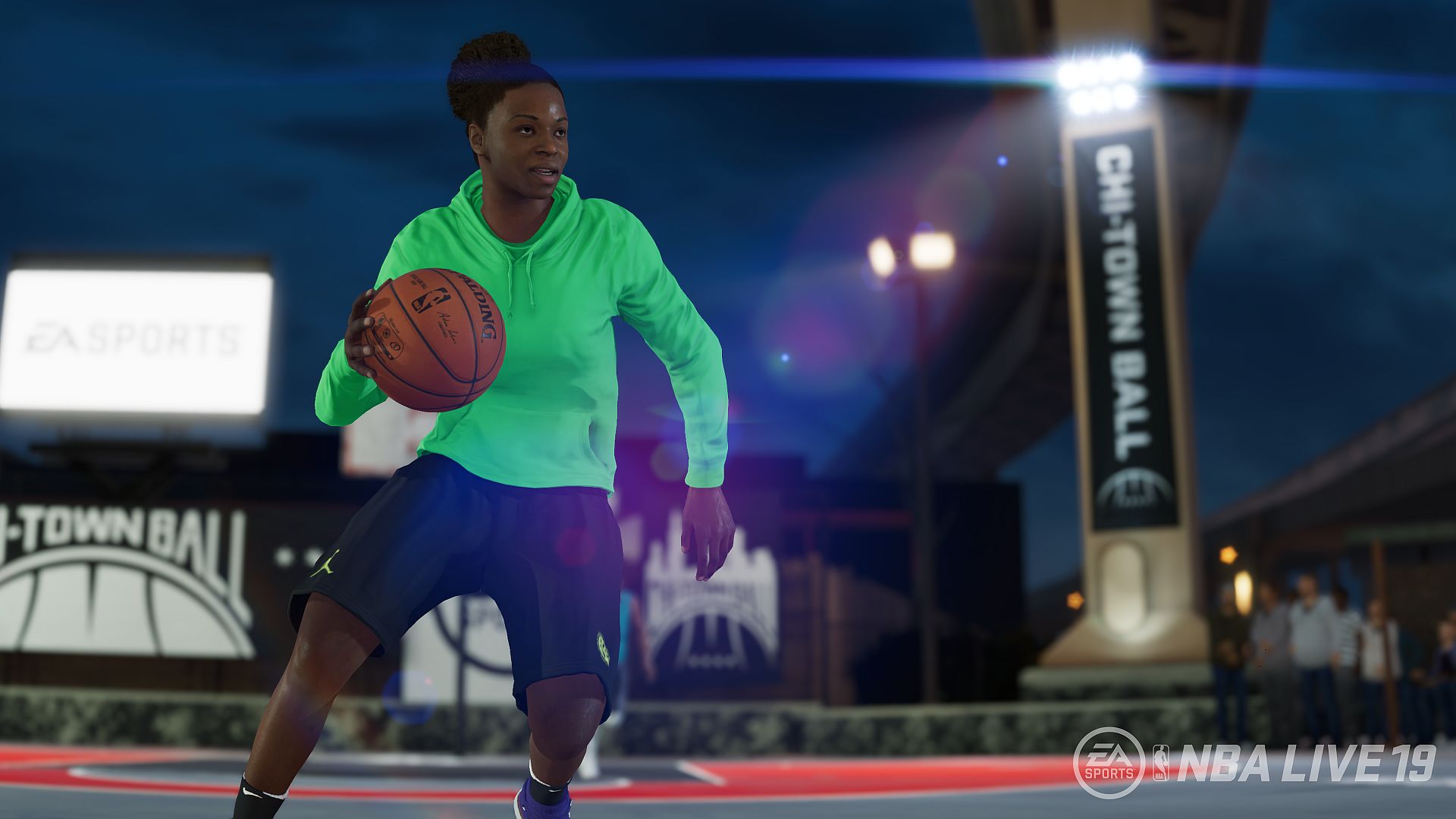 There is also a narrative system that help define the attitude of your player. The choices you make will have a result on your character and who you are playing. During the contests, there always seems to be one player that stands out on the opposing team. The mixed gender matches truly add to the pick-up street ball. When starting off at a lower level with your player and his teammates, play can get sloppy at times. Beating specific teams will unlock players to use in your squad. Over time, you can setup different squads based on what you want that matchup to be such as a defensive-minded team or a perimeter shooting team.

Customizing your player’s look will also help define your player. Different outfits and accessories are unlocked over time. This includes celebrations after plays that can be unlocked and used. These are tied to the right stick. The return of face scan is in NBA Live 19, as well, also working with the female players. 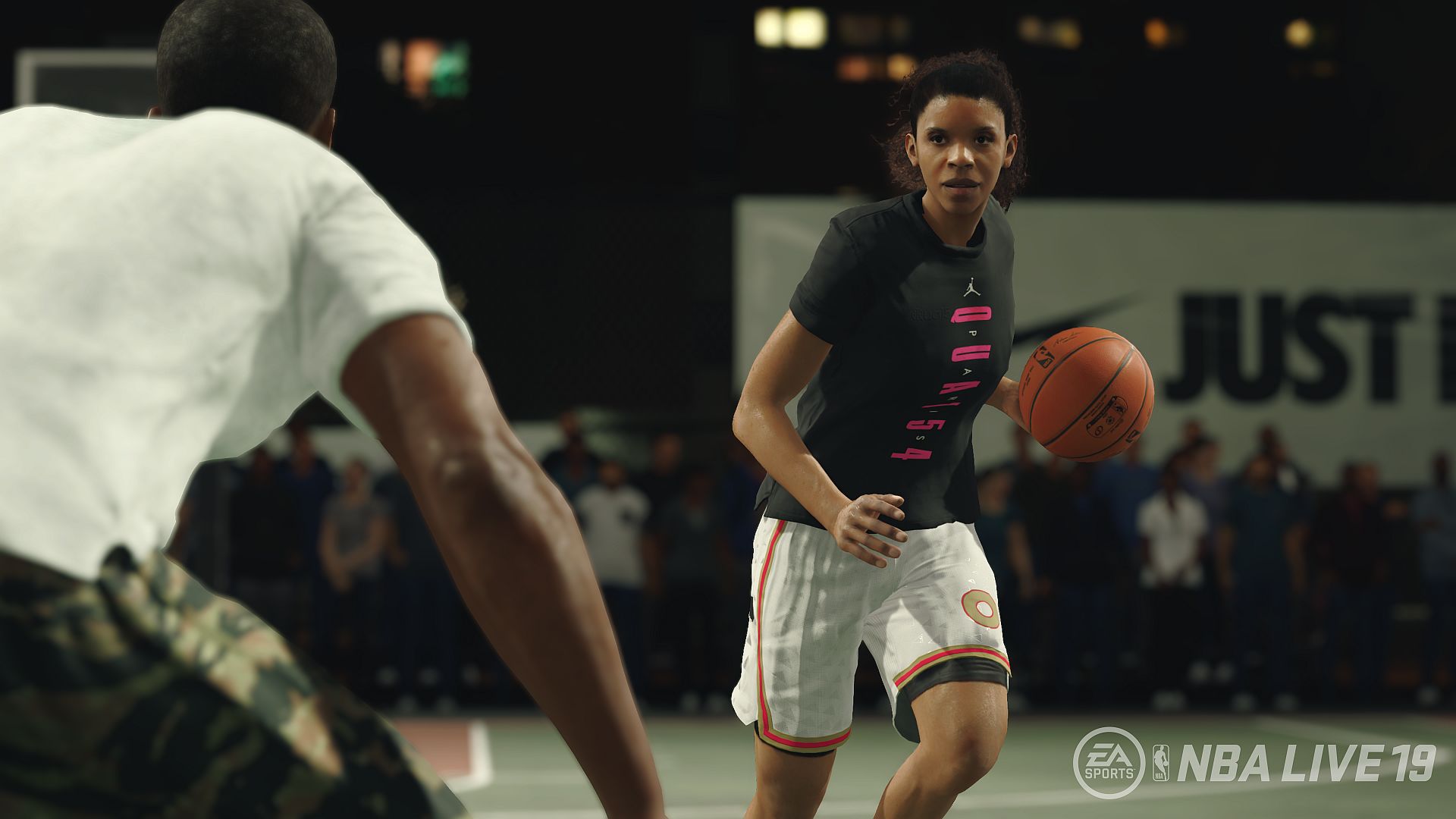 The One looks to redefine the sports career mode with the ICON progression system. There will be a lot here to keep players balling. The street ball feels like the old NBA Street at times, but not as over-the-top. There is more news on the horizon surrounding The One. NBA Live 19 will be available on Xbox One and PlayStation 4 on September 7.