Super Smash Brothers is one of Nintendo’s hottest franchises. It’s the ultimate party/fighting game with no signs of slowing down, and Nintendo is hoping that the upcoming installment in the titular series will make some wishlists this year. Nintendo has been struggling as of late, and Super Smash Brothers could very well be what they, and the many fans, have been waiting for. Ever since Brawl’s release in 2008, there’s been a certain level of hype revolving around potential character rosters. Now that we’ve been given an early draft of the available faces, let’s get to the preview. 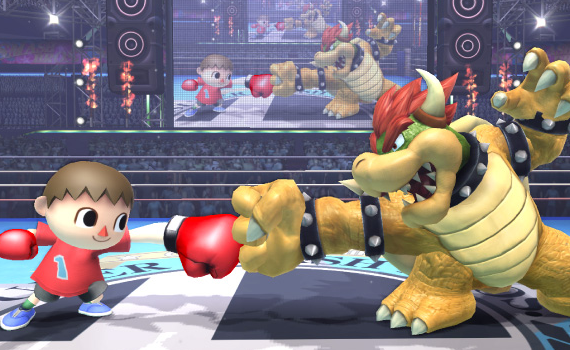 It’s obvious from the get go that all of our favorite characters will be returning. Mario, Link, Pikachu, Samus and other popular personalities litter the list. They’ve been polished, redesigned, and are ready for battle. While some have gained new abilities, and will likely require an adjustment phase, others were toned down in strength. Fortunately, the same smooth combat makes a return. Naturally, there will be striking differences between the Wii U and 3DS versions — as fans noticed dynamic changes between characters from Melee and Brawl, a similar shift is expected across both versions.

Other contenders vying for the Smash Bros. belt are Mega Man, the Animal Crossing Villager, both male and female Wii Fit Trainer’s and Rosalina & Luma. They’re all making their first appearance in the franchise —  a proud day for the respective franchises they’re visiting from. Details are currently scarce, especially regarding certain character attacks, though a few have been revealed. The Villager, for example, uses a potted plant to smash opponents, while Rosalina & Luma double team their enemies.

Intriguingly, a number of new characters will appear as assist trophies or as stationary background faces. Skull Kid, from Majora’s Mask is one such case, and will have something spooky up his virtual sleeve. Ashley from WarioWare too has some magic to share. 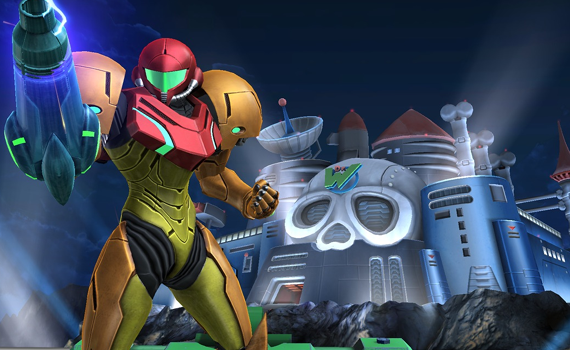 With new characters come additional stages to duke it out on. So far, we’ve seen a boxing ring-type location, which can make for a nice knockaround arena. Mega Man boasts a stage as well, with the Dr. Wily headquarters situated in the background. Stages and their mechanics have been given a bit of an overhaul, too. Ledge grabbing has become more than just a cheap way to win a match. Now, it depends on how much damage you’ve accumulated, so maybe you’ll be able to hold on and maybe you won’t. They’ve also gotten rid of the ‘tripping’ characters would encounter during fights. It was something that would happen at random and could cost you everything. In Brawl, you could even trip right into a Falcon Punch.

This particular Super Smash Bros. will be the first to appear on two consoles simultaneously — the Wii U and 3DS. Never before has the franchise been portable. With it launching on two consoles, there will be some obvious differences. Each version will contain the same characters, but different stages. The 3DS version has been shown to have a Legend of Zelda: Spirit Tracks stage with combatants battling atop the train. There’s also a Mario Galaxy stage for the Wii U, but we can’t tell you which other version exclusives there are. Each version will also contain a certain amount of trophies and other such collectibles. 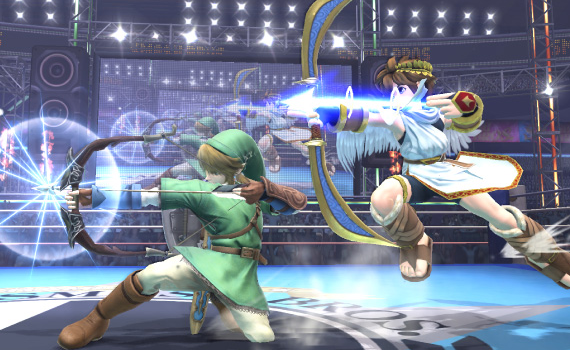 Super Smash Bros. is shaping up to be the greatest entry in the franchise. Not only for its new characters, stages and mechanics, but for the overall design, look and feel of the game. Enhanced graphics on the Wii U and stylized art on the 3DS bring Super Smash Bros. to new heights in terms of visuals and capability. A release date hasn’t been announced, so there’s still room for plenty of surprises. Perhaps this is the game that will bring those long-awaited opportunities to Nintendo. Hopefully, it will be the big seller the Wii U needs and opens doors for future hits to come.