It’s been a good few years since Monster Hunter has seen a mainline title released on console and even longer since the console version wasn’t just an enhanced port. Now Monster Hunter: World is almost soft rebooting the series in a way that no one expected and so far it’s looking to be the best innovation the series has ever seen. From its next-gen appearance to the inclusion of tutorials to help new and returning players, World is going out of its way to let everyone in on the hunting action.

While at first glance it may seem as if World is quite the dramatic change from previous titles, underneath that new glossy polish lies the familiar gameplay that fans of the series have long come to know and love. The combat still has hunters on their toes in the midst of a tense battle and simply button mashing against a monster will crush the unprepared. Even with these familiar feelings during combat, it manages to feel like an entirely new experience while being inherently the same which is a huge deal for a series that hadn’t changed too dramatically appearance-wise in the main series since its original days on PS2. 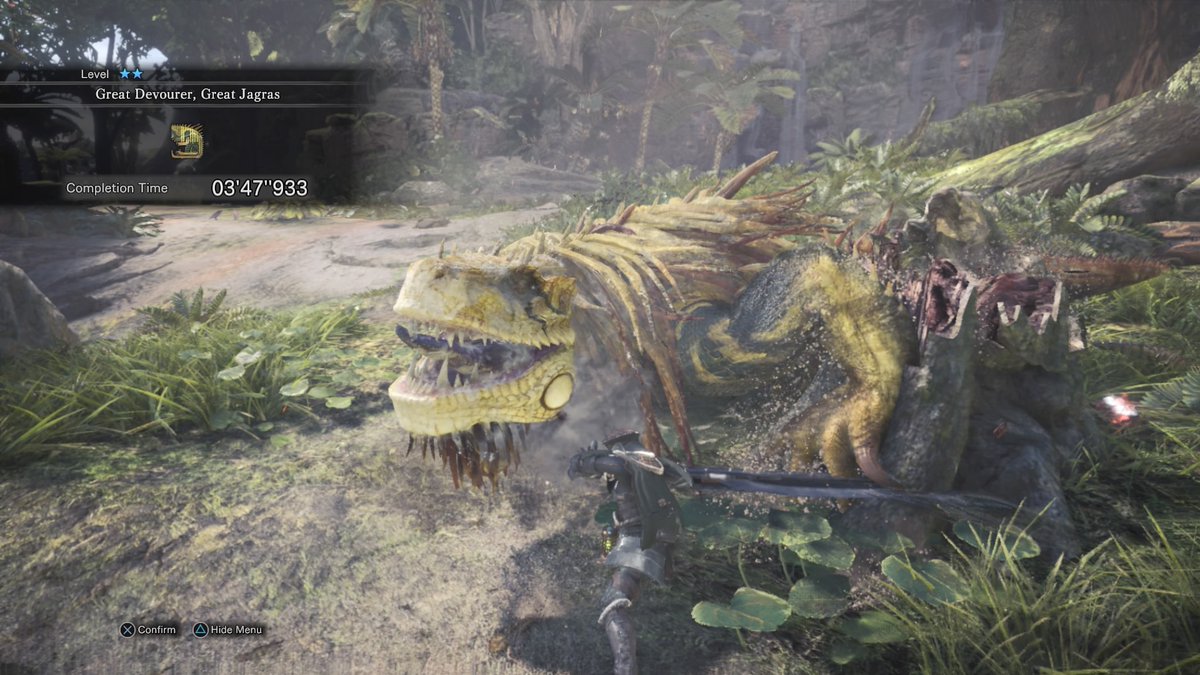 Exploration in Monster Hunter was previously sectioned off into different areas which required a quick loading screen to travel between. While this was nice in its own way, World does away with it entirely in favor of a seamless map to be explored during each mission. It may be easy to get lost in these large new zones, but fortunately this time around supplies a quick travel feature that allows hunters to easily transport to one of four camps at any time to quickly get from place to place. These maps are filled to the brim with wildlife, items and small details hidden away to be discovered. With the addition of mounting back in 4 Ultimate continuing on in this title, the terrain finds unique ways to get players in high up places or deep below the ground. While the exact number of maps has yet to be revealed, each one is large enough to supply hours of unique exploration while hunting or simply stopping to look at the scenery.

Those who have played Monster Hunter in the past will be familiar with at least one of the fourteen available weapons, all of which have received adjustments and new moves. None of the weapons were ever bad, but the controls in World for many of them feel more fluid than ever. Each hit still feels meaty like the hunter is truly digging into the monster’s body, but the flow even against the most aggressive of beasts works well. Gunning weapons in particular stand out, with the controls feeling a bit more like a traditional third-person shooter and less clunky than some previous iterations thanks to the more accurate camera controls. 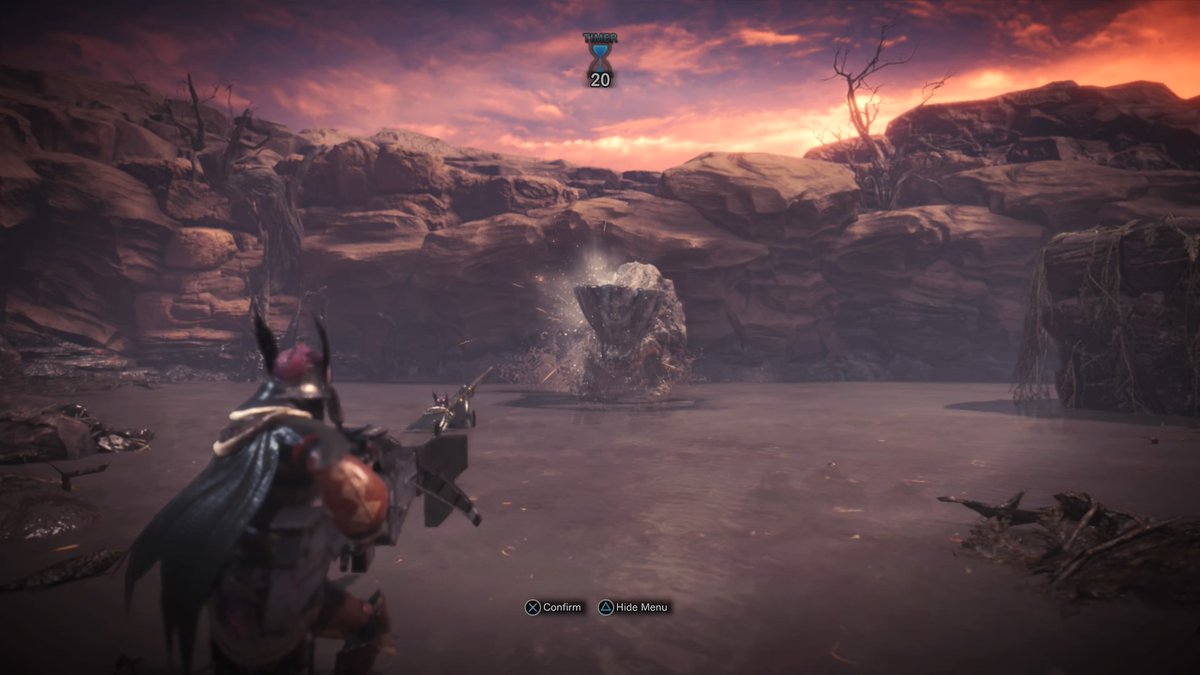 The greatest new addition for weapons is the inclusion of the training room, an area where hunters can try out any weapons they have. The training room supplies tips for pulling off certain combos and will run down the simple list of basic controls for each weapon type. The area is supplied with a variety of barrels and wood to practice whacking or shooting into in order to test damage outputs. This is perhaps one of the greatest new inclusions, as it works as one of the best tutorials any Monster Hunter title has ever supplied. Of course, upon using a weapon for the first time there will be a guide that pops up and gives information in large font during a hunt, but having a room without monsters and unlimited time to test weapons is a huge must-have that players new and old alike will no doubt enjoy visiting.

Outside of the training room, a few new useful items have come into play for the everyday savvy hunter. Although not as in-depth as the training area, quick controls appear in the top right of the screen for quick access for hunters with a way to turn them off for those who don’t need them. An easy to use slingshot is made available for every hunter, allowing them to latch onto certain parts of the environment and even monsters themselves when thrown off their back. Many items found out in the world can also be thrown at monsters to grab their attention or use naturally occurring wildlife to poison, paralyze and even stun the monster temporarily. Hunters can also freely change their armor and equipment at any time, and even grab addition items such as ammo if they run out or just forgot to grab one before they went into the mission. New wearable mantles have also been added, some of which will lure a monster while others will help hunters make their way swiftly through deep waters or get out of a muddy situation. Two of these can be taken at a time, and are on a cool down after being worn allowing them to be reused many times throughout a mission. 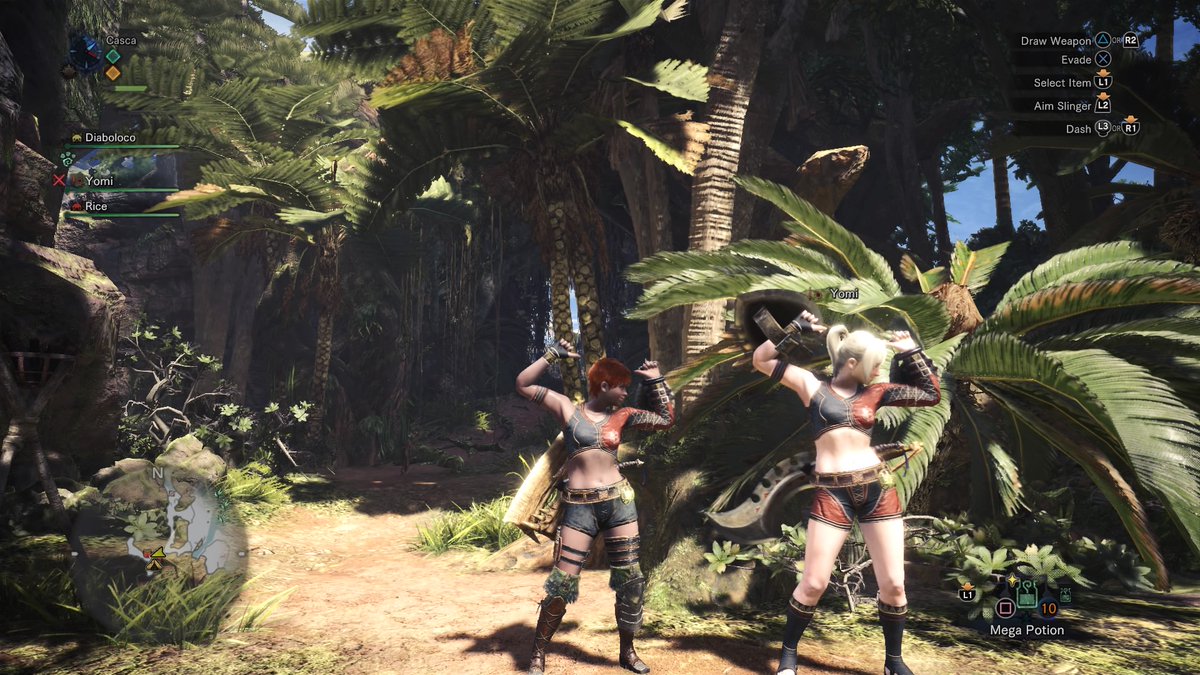 Of course, Monster Hunter wouldn’t be what it is without the giant beasts that need to be hunted down. Each area entered during a mission will usually contain three monsters of different statuses. One will be the strongest, or apex monster, while the other two will be the middle and lowest ranking between the three. If these monsters happen to come into contact with one another, they will often engage in a fight while entirely forgetting the hunters presence temporarily. They will damage each other in the midst of a fight and this can be used as a strategy when fighting stronger foes in order to deal a little extra damage on them if carefully planned. World is planned to feature a wide variety of monsters that will engage in such battles given the chance, and although we can’t say for sure yet just how many total monsters will be in the game, Capcom themselves did confirm that new ones will be added for free in future updates.

With over ten years of history, Monster Hunter: World is doing its best to expand its horizons even further. It isn’t just that a new console version has a glorious next-gen look to it either, it’s really diving into what makes the series so wonderful by expanding its world for the fans that love it and newcomers looking to get into the heat of the hunt. Taking down larger-than-life beasts has never been so satisfying and Monster Hunter is the true pinnacle of putting these massive creatures in their place. If Monster Hunter has ever been a game of interest, look forward to picking up the next best iteration that is Monster Hunter: World when it releases on January 26 for PS4 and Xbox One.