One of the fun things about Early Access games is poking back in now and then to see what’s new.  Some update monthly, some less often, but in the case of Nuclear Throne it’s closer to weekly.  That means, since the last time I looked back in April, there have been 22 updates adding levels, playable characters, enemies, abilities, mutations, and endless play balancing.  Needless to say, Nuclear Throne deserves a second look.

The core of the game remains unchanged, of course.  Grab a character from a selection that’s increased to twelve playable characters, each with a unique passive and active ability.  A passive ability is something like faster rate of fire, higher health, a greater likelihood to find ammo, etc.  These abilities tie into their active power, such as Plant (which is a walking carnivorous plant.  The fish-creature is named fish.  The nuclear wasteland isn’t much on creative naming) shooting vines that tangle and slow enemies complementing its passive ability of moving faster than any other character, or Robot’s active ability to eat weapons for a bit of health or ammo tying into its ability to find better weaponry.  Each character is unique, and half the fun is starting a new run with a new mutant weirdo when a change of tactics is in order. 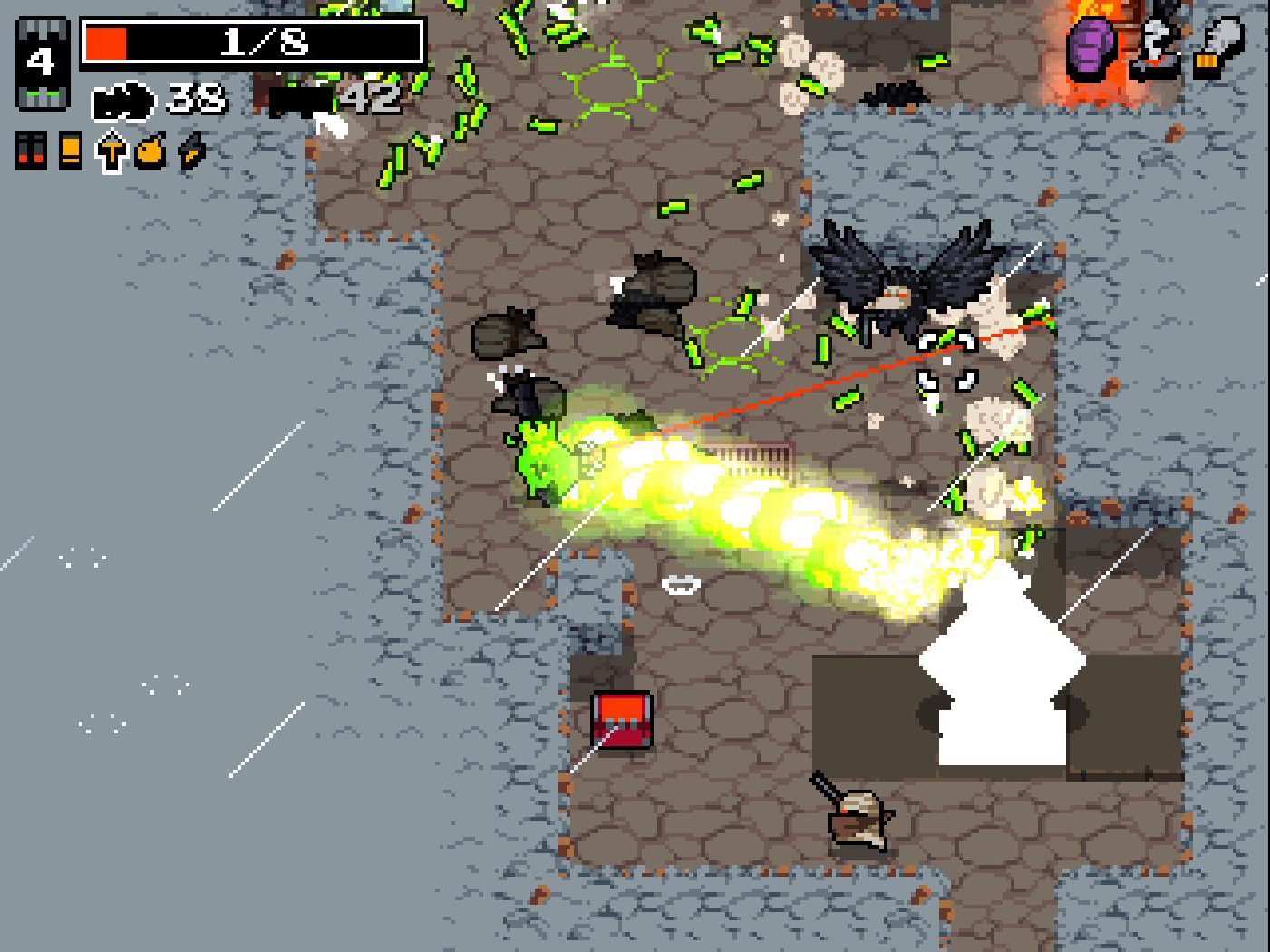 Admitted, it’s hard to ever know what tactics are going to be best when the levels are randomized, but a little experience with the mutation upgrades, a rough knowledge of what enemies the next level will have, and a whole load of quick reflexes will see you through the worst of it.  Sometimes you’ll start a level in a safe corner, sometimes in the middle of an ugly group of enemies ready to open up all their firepower at once, but it’s nothing a level head and careful dodging can’t handle.  Even if you’ve got an alley crawling with giant irradiated scorpions shooting fans of bullets, or a series of snipers that can set off a chain reaction of exploding rusted-out cars, there’s rarely a trap you can’t escape with some very quick planning.  Nuclear Throne’s gun battles are fast and brutal, usually ending with you standing at the end of a field of enemy bodies and shell casings, scrambling to collect all the bright green rads before they disappear.  Either that or you’re dead.  One of those two.

All of this is the same as six months ago, but with plenty of new bits to keep the action evolving into something more closely resembling its final state.  All characters used to unlock simply by playing to a certain point, but now Vlambeer is adding demanding requirements to open up the more powerful and interesting ones.  Horror is particularly tricky to earn, but the new woman (and first character that’s recognizably human) Rogue is open from the start, for now, until she turns into the “character who’ll probably be the hardest to unlock”.  Another major update early this summer saw the addition of the actual Nuclear Throne of the title, meaning it’s now possible to beat the game, or at least loop it to start over back in the desert at a higher difficulty.  There have also been new weapons (grenade shotgun!), new bosses, and endless tweaks to smaller details.  One week saw the fire shotgun spawn a bit later and get the number of pellets it shoots downgraded a little, another week saw the damage range of explosions pulled in a bit, etc.  Each week sees a laundry-list of these small adjustments that, over time, add up to major changes to the overall feel.  Design is art, and one that takes a lot of tinkering to make the end result feel just right.

Nuclear Throne was excellent back in April and it’s only gotten more excellent over time.  The new content amplifies the game in many fantastic ways, but the base that it’s built from was amazingly fun even back in the game’s original version from the MOJAM game jam, when it was called Wasteland Kings.  (Still available for free off itch.io, too!)  The nuclear wasteland is crawling with gun-crazy freaks of all mutant shapes and sizes, and only the biggest, toughest, and most overpowered of the lot can shoot, slice, bludgeon, and explode its way to the throne in an endless flow of twin-stick carnage.  There’s still months worth of updates to go before that carnage reaches its final form, but the shape it’s in now is more than polished enough to make Nuclear Throne one of the best, most bad-ass action games around. 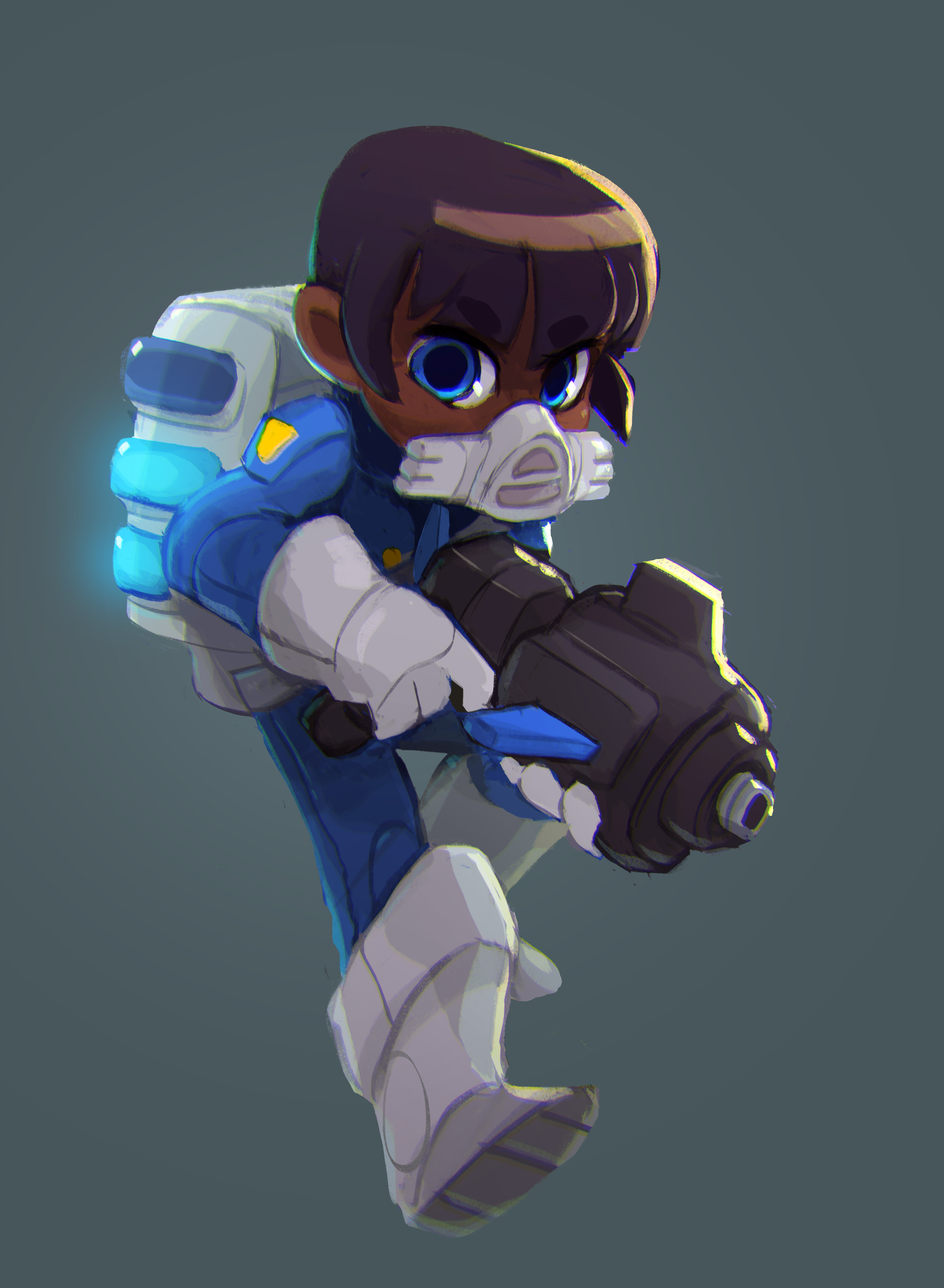