Pokémon games have been around for over a decade now, and not one has failed to deliver a great adventure. The upcoming release of Alpha Sapphire and Omega Ruby will be no different. They’re already promising exciting new experiences with some familiar faces, and even as a remake, there’s enough upgraded content to please newcomers as well as fans of the original Ruby and Sapphire games.

Back in 2003, we welcomed 135 new Pokémon to our roster. Since then, the number has grown tremendously. It’s great, then, that some of our most beloved pixels are making the transition to 3D, with every Hoenn native on board the transformation train. Graphics are, after all, a major update in the remake, and everything will look as fresh as it does in Pokémon X and Y.

The 3D makeover is bringing all of Hoenn’s most iconic locations to life once more, tossing familiarity aside and offering what could be considered a whole new world to explore. Walking through Shoal Cave or the ashy paths of Route 113 will no doubt be fun in a refreshingly new perspective. 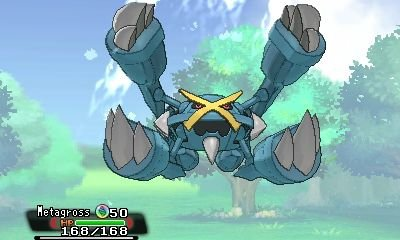 One of the most exciting inclusions coming to Alpha Sapphire and Omega Ruby are Mega Evolutions. Introduced in X and Y, these new forms brought with them additional layers of depth and strategy to every battle. While we’ve met a good share of them, there’s likely to be loads more.

Out of the 18 that have been revealed 11 are gen III Pokémon. Bringing this feature over from X and Y was a logical move for Game Freak; having these super-powered Pokémon in another region opens up a slew of possibilities, especially for other Pokémon to go mega. After all, Hoenn is home to a great variety of monsters eager to become our faithful friends. With enough training and love, there’s bound to be an ultimate power to unleash in all of them. It may only be a matter of time before the entire world of Pokémon learns of mega evolutions. I suppose professors Birch and Sycamore have some studying to do.

It’s also been revealed that the legendary Groudon and Kyogre will have primal forms. They’ve somehow tapped into an alternate source of power, gaining different abilities that may or may not tie-in with the revamped storyline. 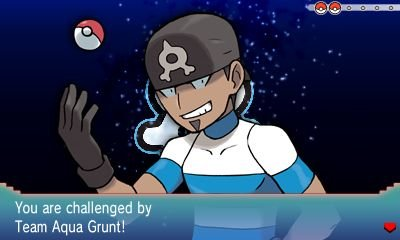 In Ruby and Sapphire, two opposing teams wanted control of the legends in order to take over the world. Team Magma wanted Groudon to create more land while Team Aqua wanted Kyogre to flood it. Either way, it wouldn’t have been pretty for the planet or its millions of inhabitants.

The story continues in Omega Ruby and Alpha Sapphire, this time with both leaders boasting mega evolved creatures. These changes promise an additional challenge for veteran players, too, as Primal forms will offer more trouble for trainers to deal with, and Team Magma and Aqua are bound to exploit their Pokémon’s new-found powers for wrongdoing.

With only a short while to go before Omega Ruby and Alpha Sapphire make their way to our 3DS’s, it’s hard to contain the excitement. Fans (like me) have grown attached to Ruby and Sapphire’s original design, and the X and Y format only seems to be improving the adventure we fell in love with years ago. By combining the best elements from both, it’s shaping up to be quite the experience — regardless of your ‘legendary’ preferences.