Outlast came out of nowhere to become one of the most intense games of the last several years, thanks in no small part to its unflinching dedication to being as brutally horrific as possible, as often as possible.  It did well enough to guarantee a sequel, in fact, and after a short time with the demo it’s obvious that Outlast 2 is aiming to be more, bigger and meaner.  The new story is set in the same world as the original game with no immediately obvious crossover in setting or characters, but the same feeling of never knowing what new type of horror is showing up next was obvious even with a mere twenty minutes of hand-on time.  Terrible events happen in emotional, psychological, physical and supernatural formats and there’s even a cheap but effective jump-scare or two just to keep you on your toes.  It’s a lot of ground for a short demo to cover, but horror is only effective if you’re not ready for it.

Unlike the slower build-up of Outlast, Outlast 2 gets straight to the fear.  You’re Blake Langermann, the cameraman half of a husband and wife team of investigative journalists.  They’re investigating the death of an unidentified pregnant woman but this gets cut short when their plane goes down over Arizona.  Blake is mostly fine other than being badly shaken up and incredibly sore, but he’s got no idea what happened to his wife and is understandably desperate for help.  Setting off for a nearby house seems like the right thing to do, right up to the moment it’s made obvious that the area near the crash site is home to something terrible that’s twisted its people into a deadly sub-human mob.  Then, despite every horror movie ever made demonstrating why it’s a terrible idea, plus the creepy blue glow surrounding it being a clear “Stay away!” sign, Blake investigates a well and things get really weird. 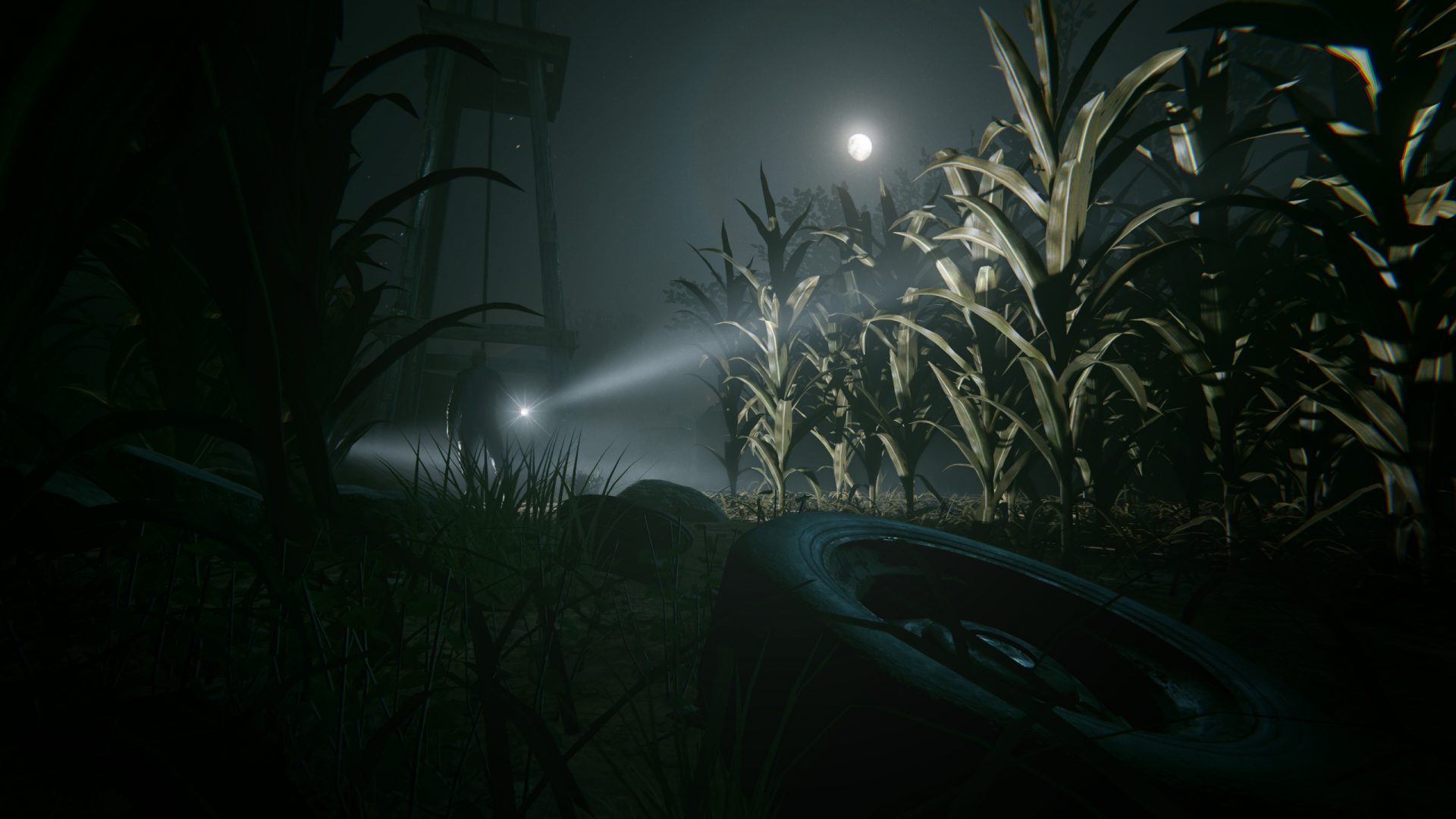 This is the point where it’s made clear that Outlast 2’s narrative is going to wander off in unexpected directions.  Usually when a giant tongue-like appendage drags someone into a well they don’t wake up in a darkened school classroom, but “normal” isn’t an option any more.  After a bit of exploring Blake finds his way back to what might be the real world, maybe, but the pit of dead babies and honestly shocking final moment of the demo left me hoping that he might still be stuck in some weird mental pocket made of pure fear and personal neurosis.

Like the original Outlast, Blake isn’t going into this dangerous situation armed with anything other than a camera and the ability to run away and hide. Fighting simply isn’t an option here, and a single person against a mob of cultists or strange shadow-beasts wouldn’t be very effective anyway. It’s only a minute into the game before Blake’s goal changes from “investigate mystery” to “find wife and survive”, and to do that he’s going to need to be more rabbit than tiger. Avoid confrontation, scramble away from danger, hide in the corn field from cultist villagers tracking him down as the beams from their flashlights cut through the stalks, and hope like mad that the situation isn’t as desperately hopeless as it’s becoming more and more obvious it is. 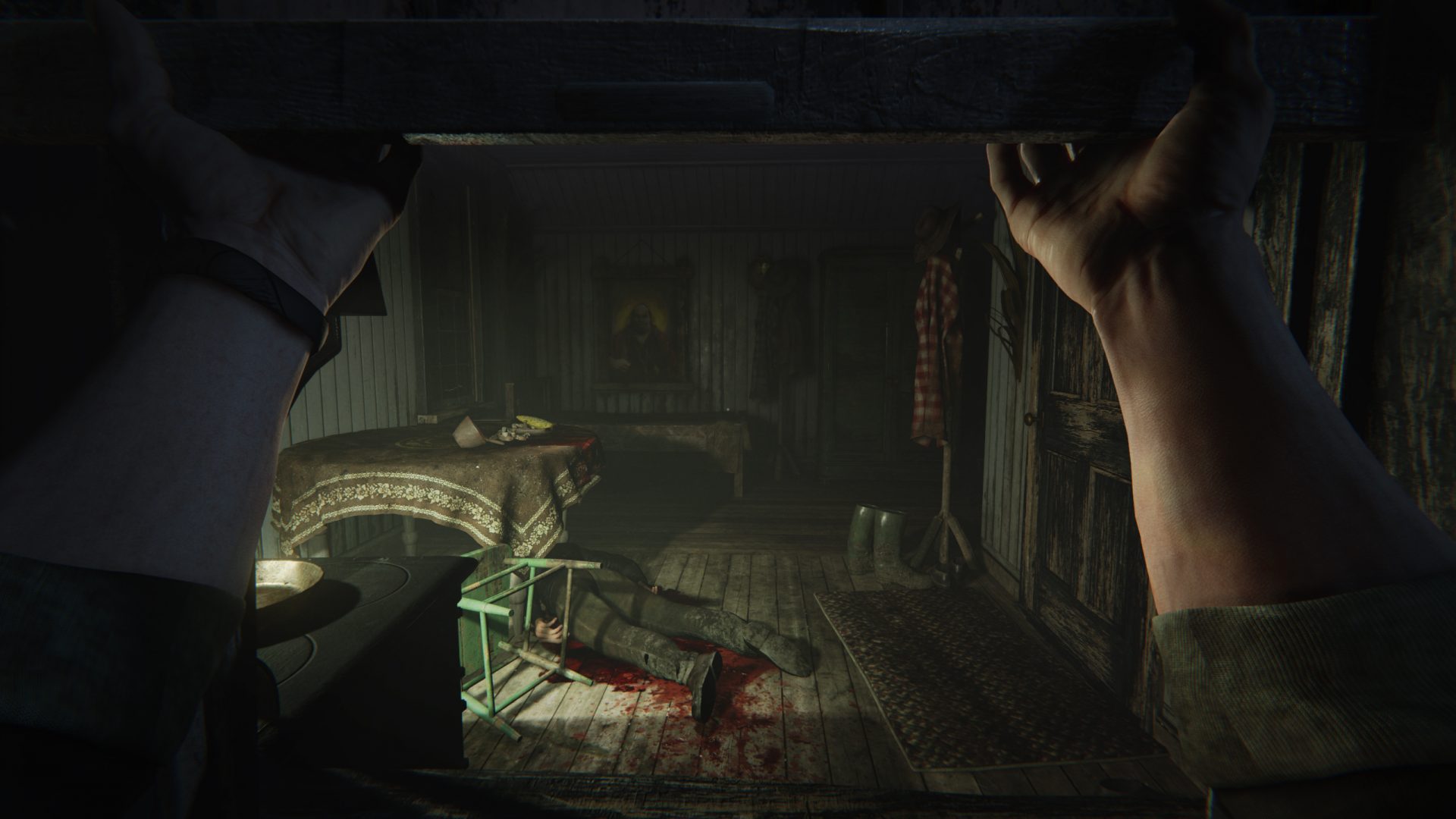 If the demo is anything to go by, the odds of a happy ending aren’t particularly high. Outlast 2 is a dark game that’s absolutely merciless in the horrors it depicts, and even if Blake waltzes out of the village without taking another scratch, the mental scarring isn’t going away. The short period of time playing the demo held a couple of images that are hard to shake and it’s likely to get much worse before there’s any chance of getting better. Outlast 2 is a mean, ugly and vicious game where horror comes in every form, brutal and nasty and exactly what its fans are hoping for.