Fans of Shin Megami Tensei have been clamoring for the fifth entry in the series since it got revealed alongside the Nintendo Switch system itself. Over five years have passed since then, and the continued wait had made the title almost seem like a fever dream at times. Now that it’s confirmed real, with a date set up for release at last, it makes it feel all the less far-fetched after all these years.

The story of SMTV follows a young high school student who finds himself transported into a weird bizarre world that feels like a mix of the real and fantastical. Here there are demons, angels and all manner of other creatures and none of them friendly. Confused and lost, the student fuses together with another person he happens to meet there and aims to uncover just what exactly is happening in the world he’s found himself in while trying to get home or die trying. A large change right off the bat familiar players may notice is enemies now appear in the overworld, instead of the previously random encounters the series was known for. This change is a welcome one given the previous entries would often have an over-abundance of random encounters. The world seen so far is a vast dystopian desert with a bizarre look that makes it all the more enticing to explore while meeting friend and foe alike. 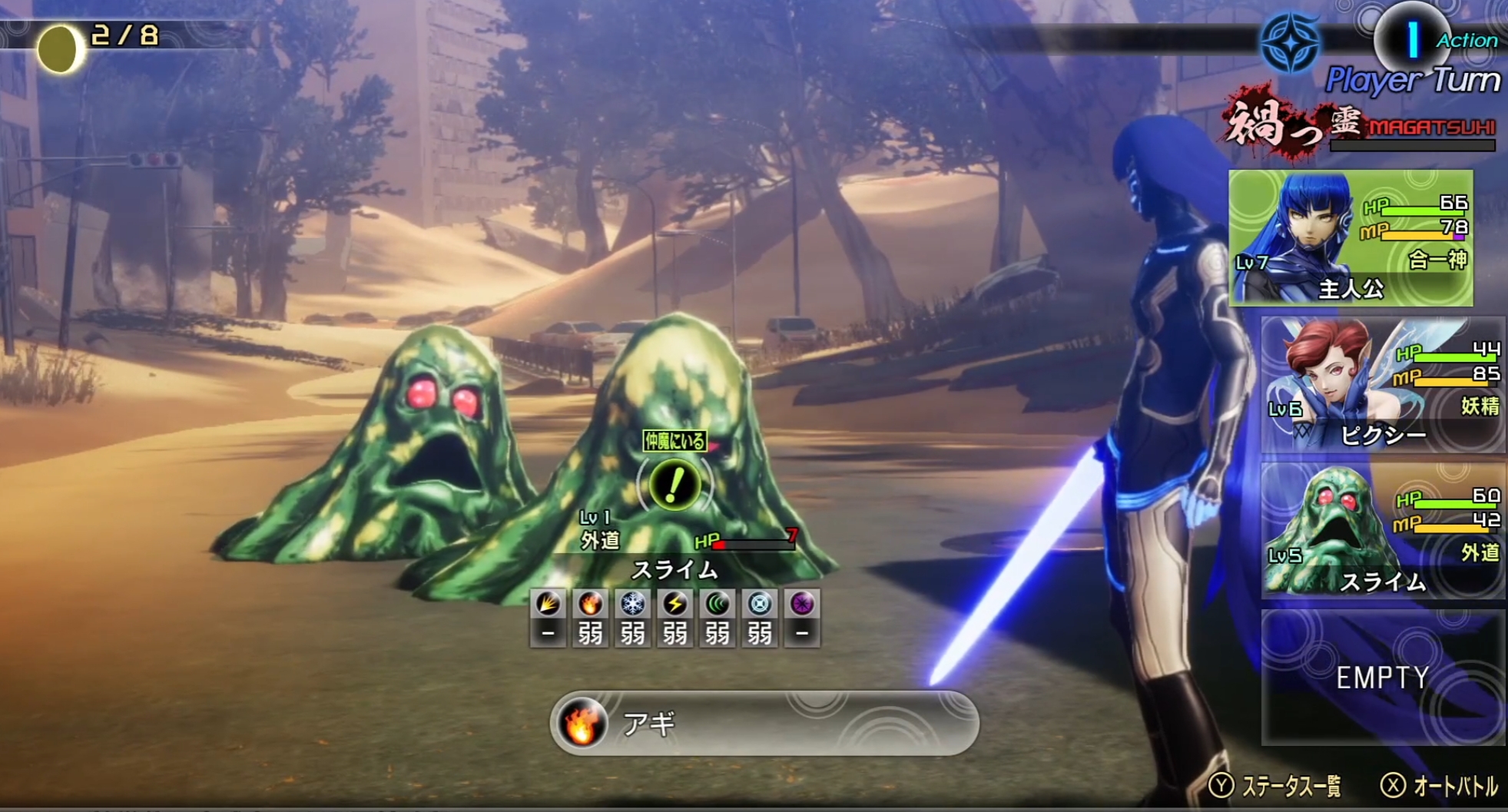 One of the largest draws of the SMT series is the demons players meet throughout their time. These demons can not only be fought, but if lucky they can be allies in combat as well. Recruiting them is often a puzzle in itself, requiring players to appeal to each demon in a quest through giving them things or answering questions. In turn demons can also later be fused together in order to create stronger creatures, slowly building a powerful team as the story progresses. The turn-based combat features lots of trial and error in which players aim to find the enemies weaknesses in order to exploit them and help their turns last much longer. If done right, once learning a monster, fights will go much easier as the opponent will get less chances to move with the trade off being that learning may take a while creating tougher fights especially in the beginning. It’s a charming combat system that feels both rewarding and fair in its difficulty even when things seem tough.

After so long it’s rewarding to see Shin Megami Tensei V finally coming out right around the corner. It took some time but it appears well worth the wait with gameplay seeming fresh but familiar for those who are long familiar with the franchise. While so much more of the story is yet to be revealed, it will be exciting to see just what else is in store in the mysterious new world that awaits this protagonist, his demons and everyone else he meets along the way. Those wanting to dive into Shin Megami Tensei V will have the opportunity when it launches later this year on November 12 for Nintendo Switch.