There have been a lot of odd trends and subsection of games within the indie circuit, but sadly not all of them have taken off. Among them is the the bizarrely specific subset of games where you play as a blind person who has to navigate their way through dangerous areas by utilizing some form of echolocation. We’ve had Beyond Eyes, Pulse and Perception, just to name a few, but all of them have ended up being average at best. So enter Surprise Attack and the five-person Turin-based team of Tiny Bull Studios with their new VR title, Blind. So what exactly does it have that helps it rise above the rest of this niche crop?

According to the developers, the key lies in their passion for developing VR titles. The advantage of making their game in virtual reality (built from the ground up for it) allows players to truly be surrounded by total darkness like the player character is, having their senses restricted and experiencing the same level of fear and confusion as they navigate an odd building. And having played it, I can confirm that the choice to go with VR does indeed greatly add to the atmosphere and intrigue. Aside from the stark black and white visuals being more effective, it was just more fun to use motion controls to flick and tap a cane around as the source of noise that allows players to see, with the rest of the game controlling quite nicely. 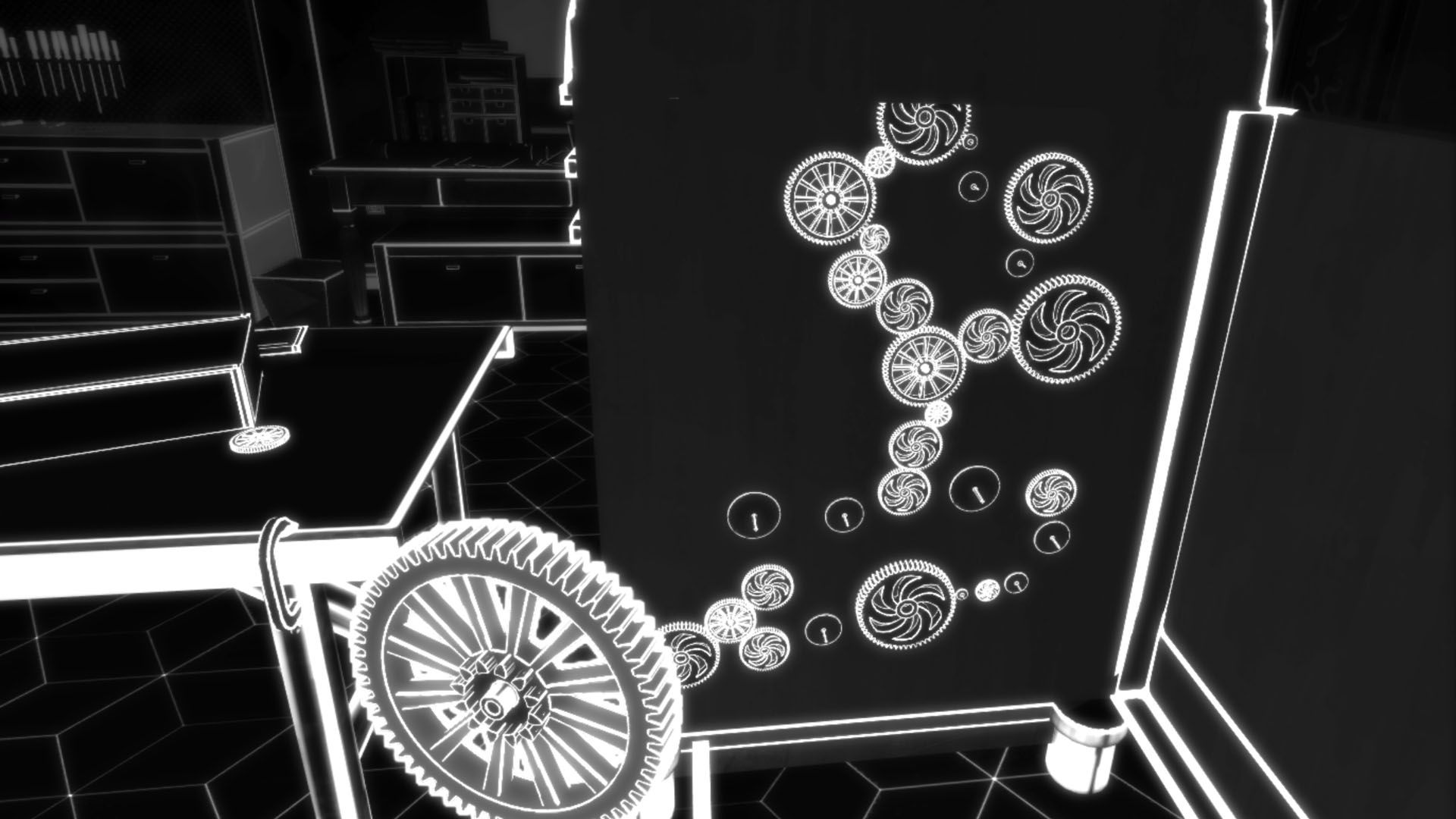 What also surprisingly caught my attention was the fact that one of Blind’s cited influences is LucasArts adventure games. How you translate the formulas from those sorts of colorful, more comical titles into a psychological adventure with horror elements is a conundrum indeed, but the initial demo nicely shows its graphic adventure elements through its puzzle design. As this was only the opener, it was simple stuff, like trying to guide a wooden ball through a maze viewed only in short parts as you tap your cane, or having to open a safe by maneuvering two dials with both hands and listening for the correct sounds.

The story also has the potential to suck you in. Our main character is a young woman on a drive with her family, getting into an argument with them, when a person suddenly materializes on the middle of the road. One swerve later, and our leading lady finds themselves trapped and at the mercy of the mysterious Warden. Honestly, the Warden’s design alone was unique enough to grab my attention, taking the form of sadistic gentlemen with a head like the old PS1 Polygon Man, initially only communicating through old victrolas. Our character’s past sins will no doubt be confronted, and the setup and presentation aim to keep you hooked until you learn the truth. 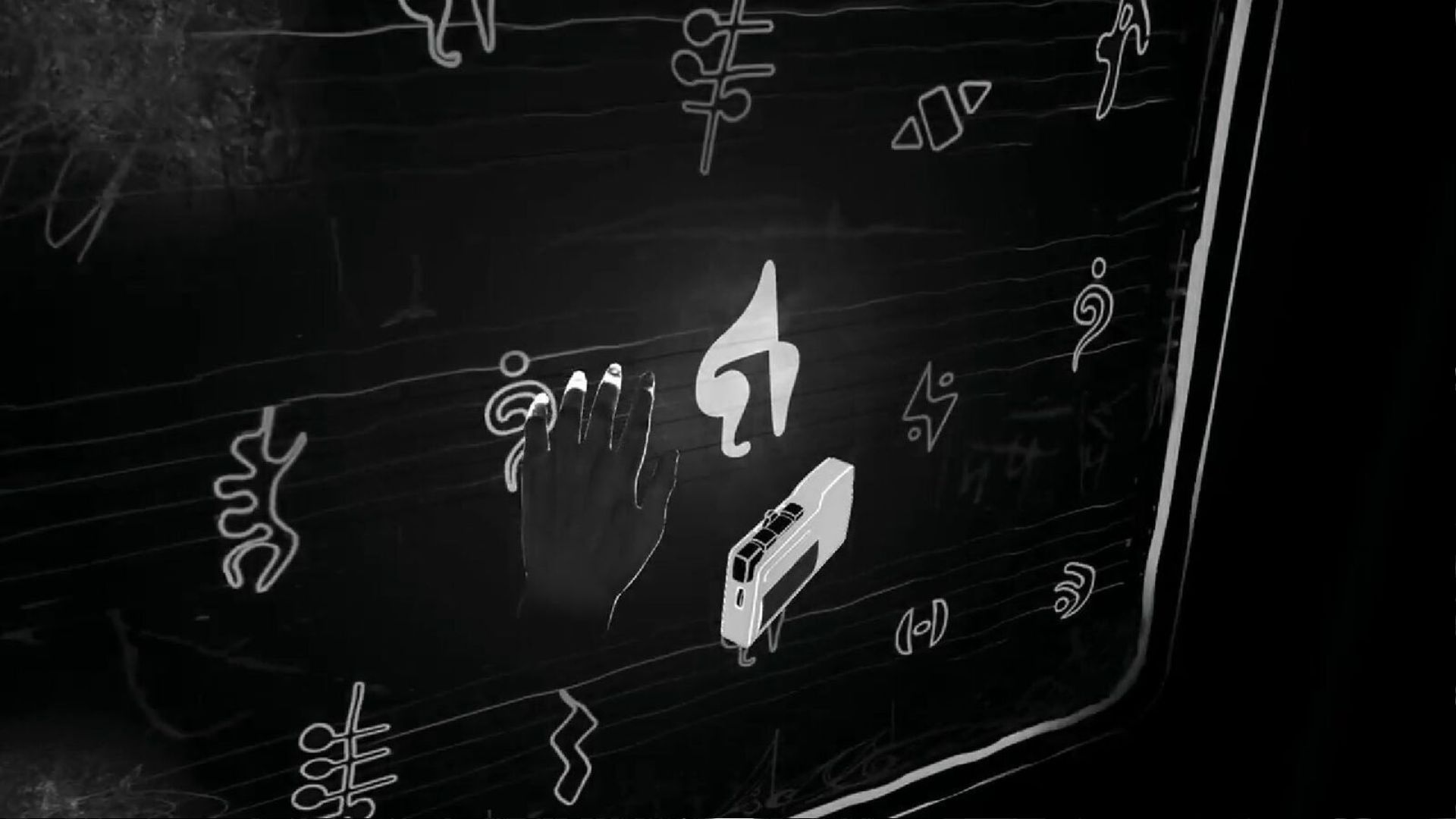 Blind may arguably have an uphill battle when it comes to creating a true standout in the “blind navigation” genre, but it looks like it may have what it takes to be one the true standouts of the crop. What was shown off at PAX East only served as the introduction to its world, but it still shows a good amount of promise that could easily end up being developed into one of this year’s most notable VR titles, and a stellar adventure game overall, giving us the first truly great game based around a unique premise that deserves to be utilized to its fullest potential. Blind is due out this Spring for all major PC-based VR platforms, with a PSVR version coming later this year after that.