Ever since the earliest days of Mario Party for the N64, the party game genre and other multiplayer experiences similar to it has been well-known for one thing in particular: Making players feel the need to inflict violence upon each other. So what if there was a way to cut out the middleman and deliver a multiplayer game that had all of the cute, colorful aesthetics, but allowed you to just rip the heads right off of the bodies of your opponents? Well, that’s where Iceberg Interactive and Chilean developers Iguanabee come in with Headsnatchers. It’s a twisted collection of various sporting events and challenges all revolving around you being able to yank the heads off of your opponents, and it may easily end up being one of this year’s sleeper hits. 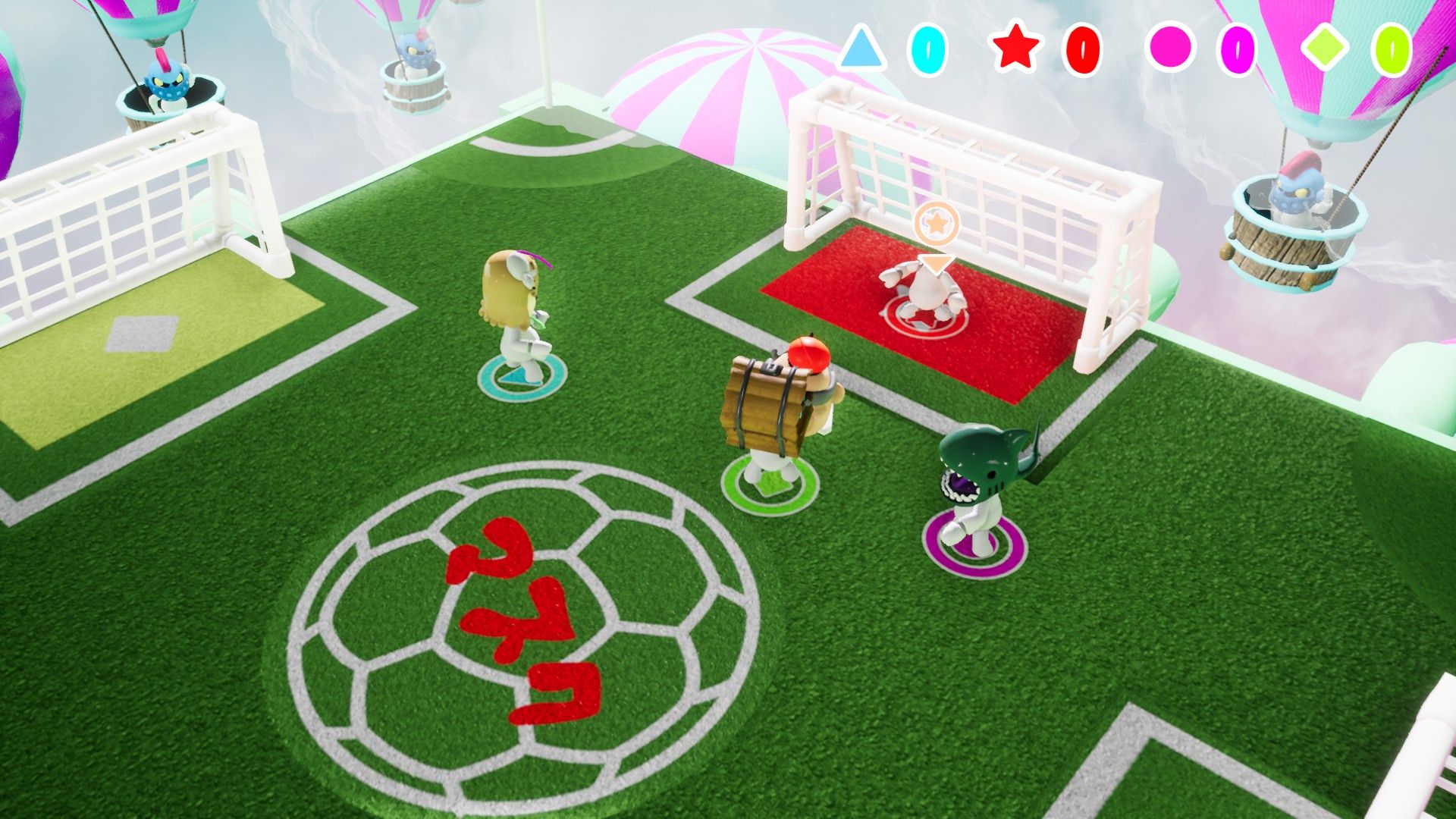 While Headsnatchers has four different modes, our play session decided to consist of a four-player, best of five setup across several different maps. We began our trip on a giant wedding cake, where after a wordless introduction doubling as a tutorial, each of our colorful noggin-sporting avatars had to attack the others, then make it to the top of the cake with an opponent’s head and plant it on one of the three toppers, with the last one standing being the victor. While it was a bit tricky due to the occasional part the intro didn’t fully detail – namely, using candies on the cake to jump to higher levels, it was still an enjoyable skirmish, and it only took a few moments to get the hang of the controls and general gameplay.

The next round had us attempting to summon an Elder God, offering up rival heads as sacrifices by chucking them through a portal as the being attacked. It’s here that you also learn to be careful with your approach, as an ill-timed attack sent sent one headless player attempting to retrieve their temple flying through the portal and prematurely removing them from the round. Then it was onto a change of pace with a platforming level where we had to race up a tower and avoid zombies while sabotaging each other, which led to everybody’s death. Then we had to use our rivals’ heads as a power source for a giant robot, making sure to avoid certain mechanisms as they activated, and we closed with an Indiana Jones-style temple where spikes shot out of the floor, stunning anyone unlucky to be on top of them as we offered up stolen heads to idols. 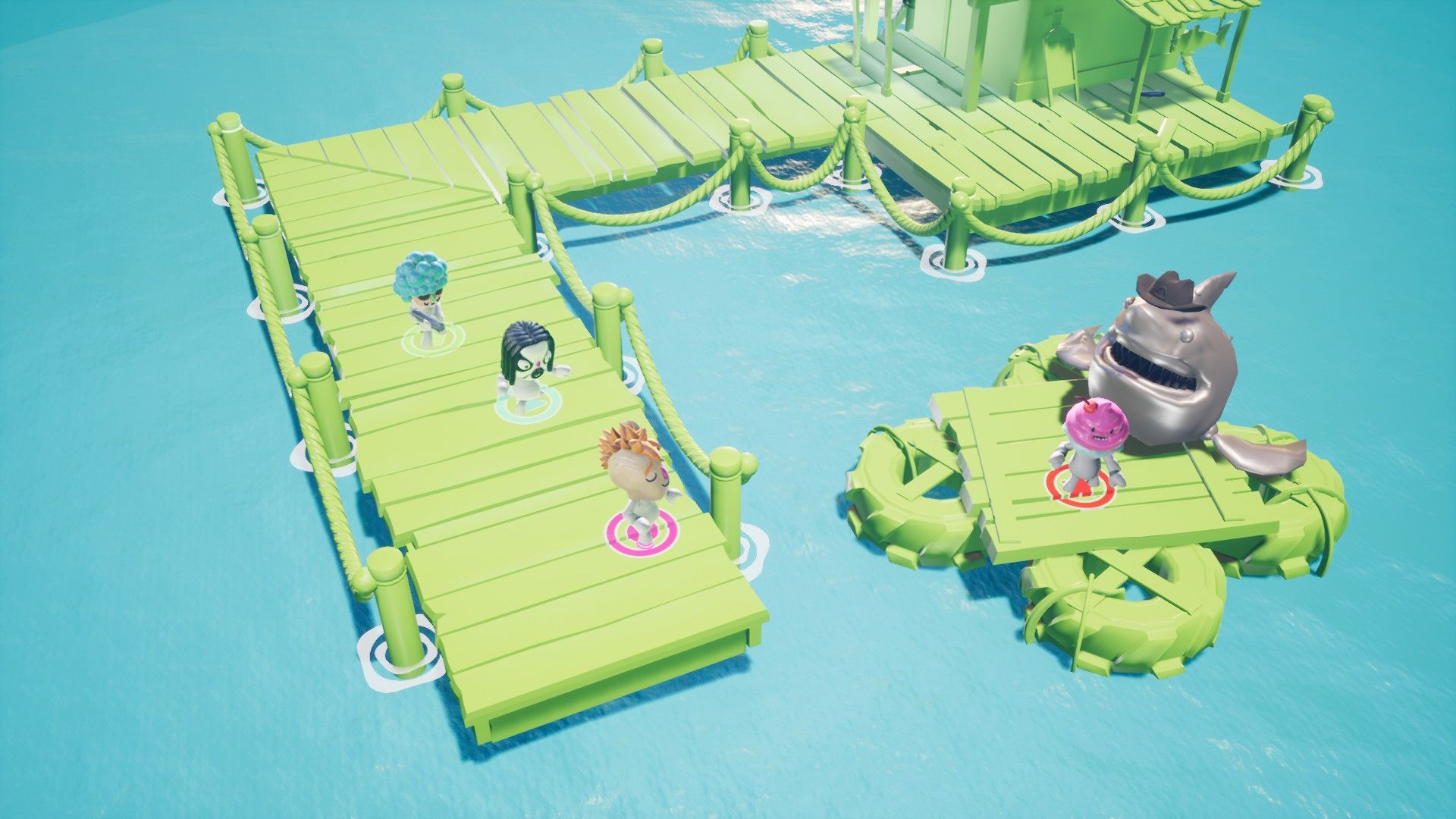 It may sound a bit simple on paper, but in action, Headsnatchers is a riot as it quickly turns into a zany, fun brawl. A good chunk of this fun can be attributed to the visual style, which was directly inspired by the likes of Japanese vinyl toys and game shows. You can clearly tell the developers had a ton of fun in crafting not just the arenas, but the hundred-plus heads you can choose from that each ooze personality (which would also actually make for rather awesome toys in real life), not to mention coming up with a robust customization system that allows you to design your own heads. You can easily lose a lot of time just trying to craft a perfect cartoon face.

Headsnatchers is a simple yet brilliant gem so far, a game that allows for several laugh riots with its cute and quirky aesthetics while still providing a challenging sampling of various events that plays quite well. It’s just a terrific party game in general, and you may not even find yourself developing the urge to kill. But we’ll see if that is indeed the case when Headsnatchers comes out in the second quarter of this year for the PC and PS4, so make sure not to miss out on it.