In booking appointments for PAX East 2018, I was told that SCUM would be Devolver Digital’s big release for 2018. And upon hearing that and taking a look at the game, there was only thought that crossed my head at the moment: “…Really?” Not that SCUM looked bad, of course, it’s just that Gamepires and Croteam’s latest game almost looked too…well, normal for Devolver. It’s a multiplayer survival/shooter game with realistic graphics and areas that almost feels like the opposite of what the publisher is known for. I really couldn’t get why this was set to be one of their biggest games this year…until I spoke with the team behind the game, anyway. 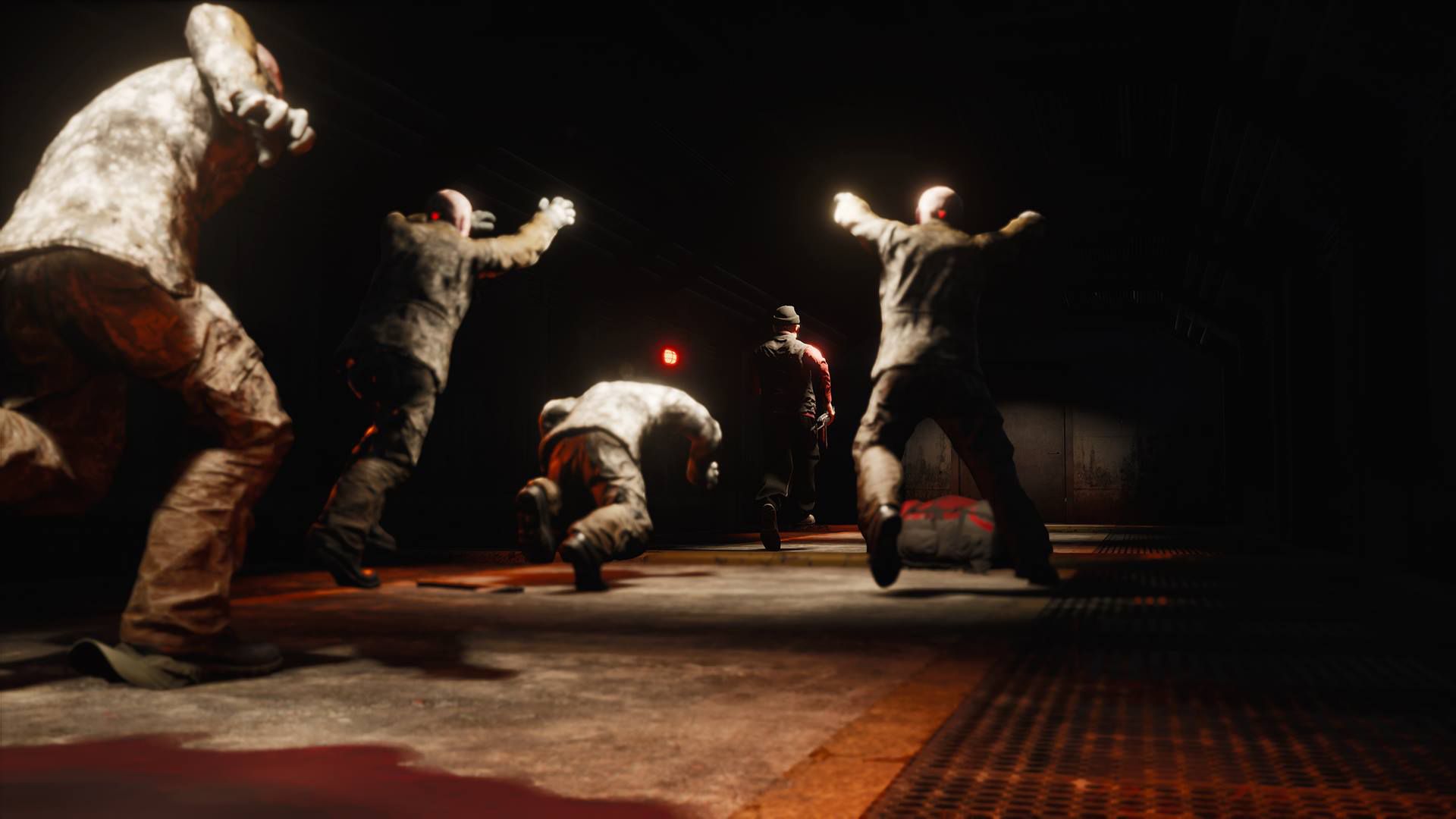 For one, there’s the fact that despite having a seemingly standard setting where the TEC1 entertainment company airs a popular program that has criminals fight each other to the death on a prison island all in the name of entertainment, SCUM is apparently set fifteen hundred years into the future, which shows a desire to go in some insane directions. Maybe there’s a chance that number was an error (though I asked multiple times) given what appeared to be somewhat more regular weapons and structures, but I wouldn’t be surprised if things got a little more gonzo down the road.

But the real hook here is in just how deep the simulation, survival, and customization aspects go. A lot of games will simply have you just eating, drinking, or treating wounds in order to avoid death. SCUM, however, takes it several steps further by actually bringing your character’s metabolism into play. Buff characters can actually become slim or flabby without the massive upkeep that they need, and more lean players can eventually become more toned over time without even knowing it. Not until they engage in combat, anyway, as their body strength can affect their combat style and weapons proficiency. After all, if you’re a twig, a shotgun is going to provide a rather massive kickback that you’ll need to factor in, maybe having to find alternate means of ass-kicking instead. 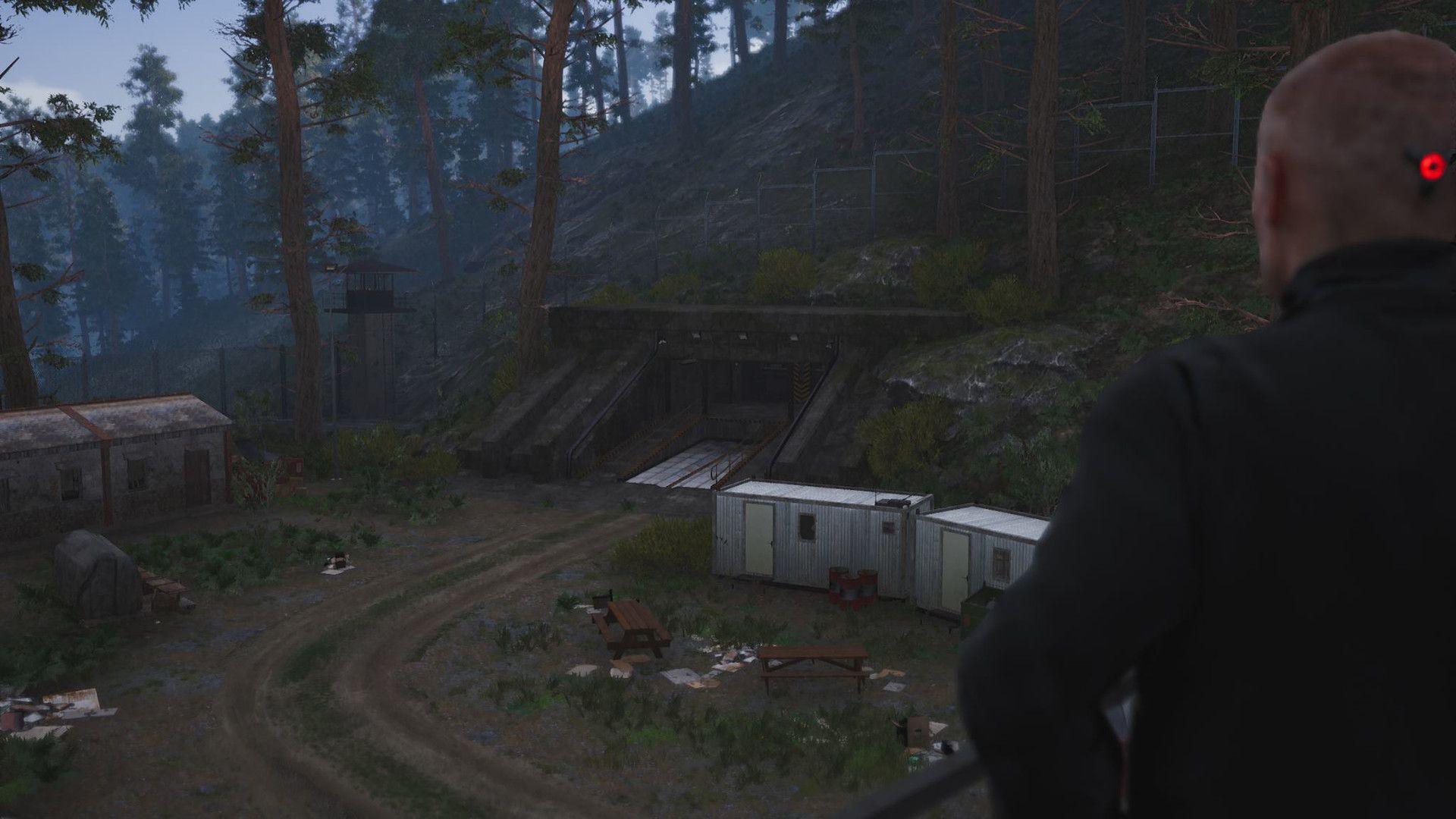 Sadly, I haven’t been able to get a good grip on these metabolism mechanics yet, as they apparently require a good two to three hours of play before they kick in, and all we had at the time was a mere fifteen-minute demo. It was a standard capture match between two teams as we attempted to secure a piece of cargo that was unloaded into the area. But even that comes with its own unique quirks. One of the most notable ones is that while you can switch between first-person and third-person modes, your view is still going to be limited according to what’s surrounding you. Did you think that you could prop yourself up against a wall, go to third-person, and be able to get a peek around the corner without moving? Nope! You can still only see what your character sees. You don’t even get a death cam, and that adds a nice bit of challenge to the proceedings.

The more I think about it, the more it makes sense that SCUM is Devolver Digital’s big ticket this year. After all, their biggest release last year was Absolver, a title that aimed to explore just how deep one can go when it comes to fighting games and the variety of options they can provide in techniques. And now the same approach is essentially being applied to survival games and multiplayer shooters, with the result so far being a particularly fun experience. So while it may seem a bit normal upon first glance, SCUM is definitely one to look out for when it comes out later this year for the PC.