Bloodstained: Ritual of the Night has been a highly-anticipated spiritual successor to Castlevania: Symphony of the Night since it was first announced on Kickstarter several years ago. With respect to Bloodstained’s new heroine, world and new lore, what people seem most excited about is Koji Igarashi aka Iga being at the helm of another 2D Igavania. With the few opportunities we’ve had to spend time with Bloodstained, we’ve been given a glimpse of the demon-hunting world Miriam inhabits. Unencumbered by the Castlevania title, Iga and his team are able to create a completely new world for players to explore with a new set of lore to uncover, but in a game that is exactly what the fans of his previous Castlevania titles have been longing for.

Bloodstained takes place in the 18th century during the industrial revolution. Fearful that the advancing technology would render their jobs obsolete, some alchemists performed a demon summoning ritual which was supposed to somehow make their jobs remain relevant. Miriam was a sacrifice in this ritual but someone survived and woke up a decade a later. More details surrounding these events will be further explained in the actual game, but that’s a basic primer for what’s going on for now. Miriam is who the players will take control over when she goes to battle with the myriad demons the alchemists have brought forth to the world. 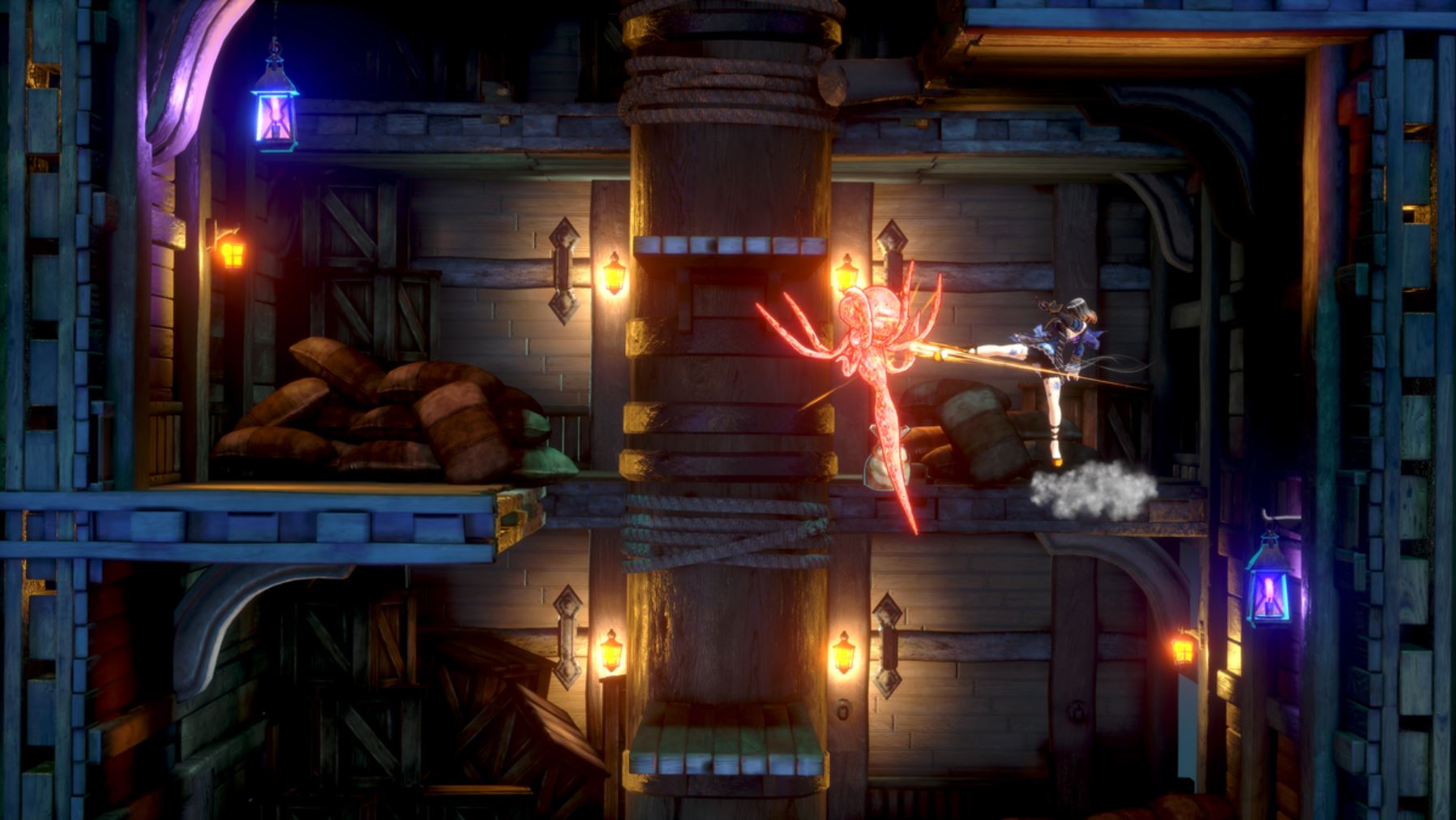 The hands-on demo we got to play at PAX East was basically what was expected and honestly hoping for. The game mechanics felt much tighter and smoother since we last played Bloodstained during the previous year. This time we got to explore a new area, The Tower of the Twin Dragons. New enemies and items were plentiful, which nods to staples of the past. There were enemies that behaved like the classic Medusa heads which we were able to capture the soul of one to serve as a battle companion. Despite being in a new universe, this area felt as though it could have lifted from any of Castlevania titles Iga is known for. There were doors that could only be opened by switches that were immediately inaccessible, treasures hidden in breakable walls and branching paths with tricky platforming sequences. The boss at the end of the tower was a pincher attack with a serpentine dragon on each side of the screen. Balancing offensive and defensive tactics against the two sides made for a frantic battle, and the amount of punishment the foe was able to withstand shows that boss battles are going to be a challenging highlight of Bloodstained.

When it comes to style, Bloodstained has successfully taken on a new identity while maintaining all the qualities nostalgic Castlevania fans are anticipating. The new score is composed by Michiru Yamane who is a name that should be familiar to Symphony fans. Her gothic orchestral score provides the perfect sonic accompaniment to the visuals of this demon-infested world. The gameplay itself is old fashioned 2D but the 3D models used for the graphics help bring everything to life, especially when the player can see the tower rotate as they traverse the outer passage to the top. Miriam has a variety of weapons at her disposal to use against the demonic threat. The demo playthrough began with a rapier but soon switched over to some knife-loaded assassin’s boots, partly because of the comparable speed with higher damage and partly for the style of it. 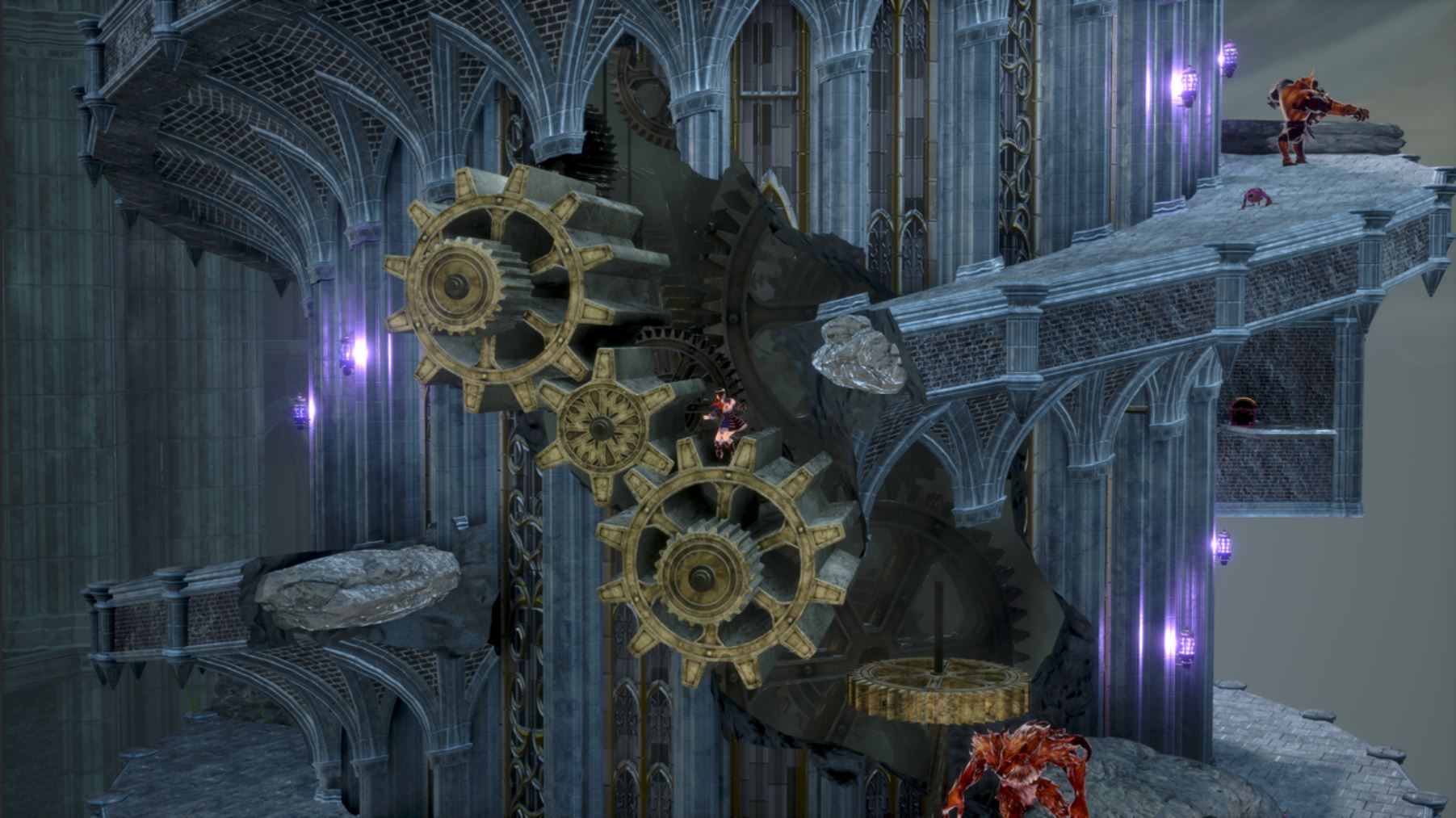