Power isn’t easy to handle.  A little power is nice, a lot of power is better, but the problem is that no matter how much you have it’s never quite enough.  The need for more is always justifiable, because just think of all the good having it could do!  It’s a line of reasoning that justifies any fall from grace, no matter how severe.  Most people don’t become lich kings, of course, but when the option is there it might be surprisingly hard to turn it away.  Pathfinder: Wrath of the Righteous is an RPG with one of its themes being the temptations of power, and while becoming an evil undead overlord is an option, there are other paths to take that aren’t so diabolical.

It all starts with a invasion of demons and somebody has to rise up to protect the land so it might as well be you.  Pathfinder: Wrath of the Righteous is the sequel to Pathfinder: Kingmaker, based on the popular pen and paper RPG.  The original version was basically a spin-off of Dungeons & Dragons, back when D&D v3.5 was upgraded to D&D v4.  Designed to be compatible with the 3.5 ruleset, it grew and expanded over the years, never growing too far from its origins but still becoming notably distinct.  The latest update was last fall, taking Pathfinder to Second Edition, but Wrath of the Righteous is built on the First Edition rule-set.  The important thing is the game keeps track of the rules and has plenty of mouse-over information pop-ups to explain its details, so you can get to work creating a hero worthy of the challenges ahead. 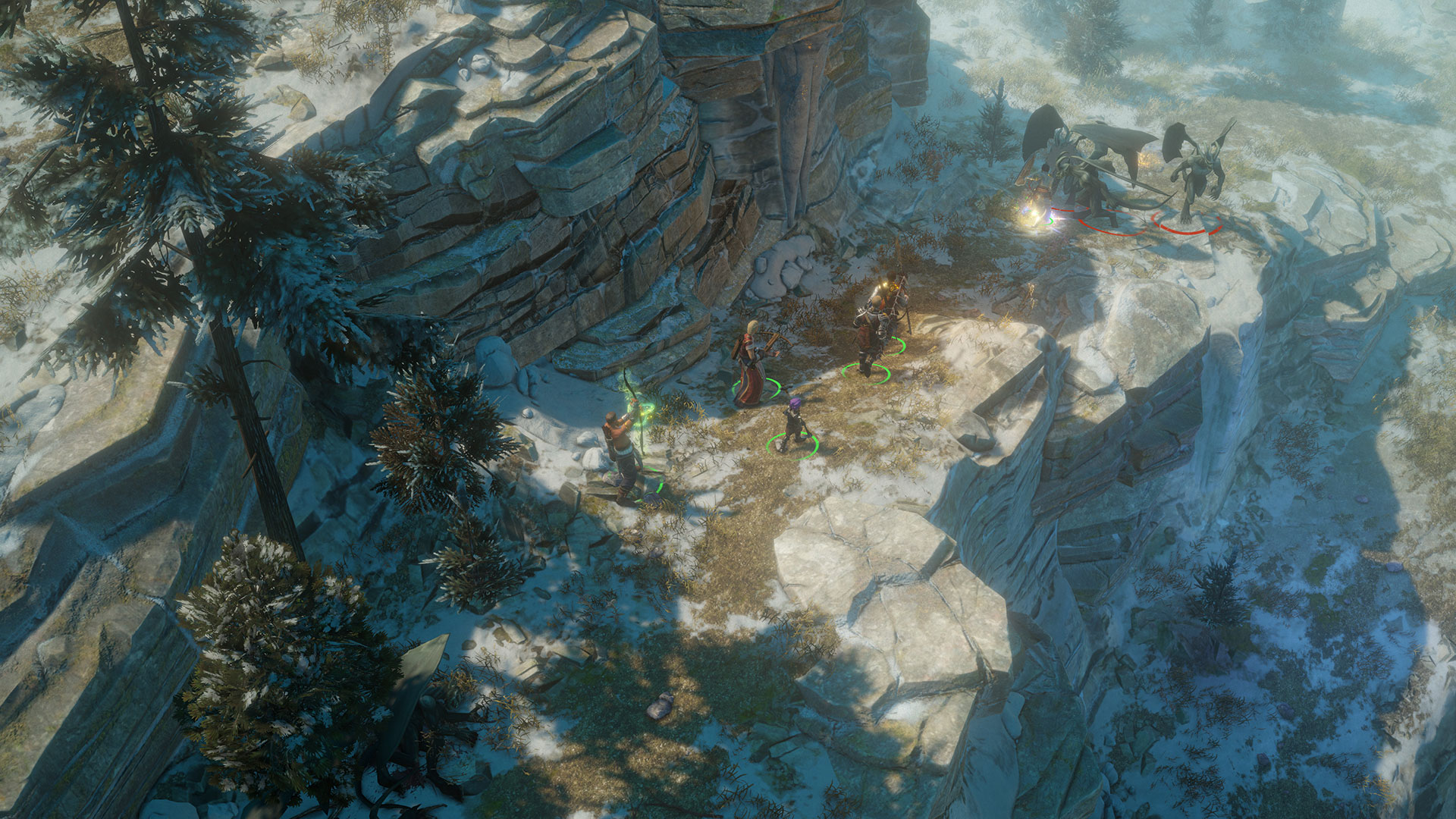 During PAX East I got a good hour-long hands-on session with Wrath of the Righteous and found it a massive beast of an RPG filled with monsters, combat and decisions at every stage of the game.  The part I played was the start of a new chapter, with a group consisting of the player-character Commander and a band of five companions, all of which had leveled up to have a strong selection of abilities at hand.  The party is more than just a stack of numbers but rather characters in their own right, with motivations and secrets of their own.  This played into the course of the campaign, affecting the assault on the fortress of Drezen in unexpected ways.  The chapter opens with the Commander weighing options, with one companion acting strangely and another demoralized by the previous chapter’s encounters.  Picking a course of action involves not just weighing up the options but also trying to shake a helper out of her despair, all while fighting a growing demonic rage.  It’s not the best situation, but choosing the right conversational paths and taking a risk on a roll for diplomacy might help.  Or not, because even electronic dice are deeply fickle things.

Once a plan had been chosen, though, it was time for the assault.  The group is strong even with its internal tensions and here I’ll have to admit I’d probably have played a little better if I’d been at it from Level 1, learning the skills as everyone earned them on level-up.  As it was the developer was kind enough to knock the difficulty down through an easily-accessible menu function and after that it was a matter of learning Pathfinder‘s systems along the way.  This was helped immensely by being able to pause with a tap of the space bar, giving time to think through commands and double-check the function of each character’s spells and skills.  Even in its early stage, Pathfinder wants players to be able to access the game rather than memorize several rule-books worth of information. 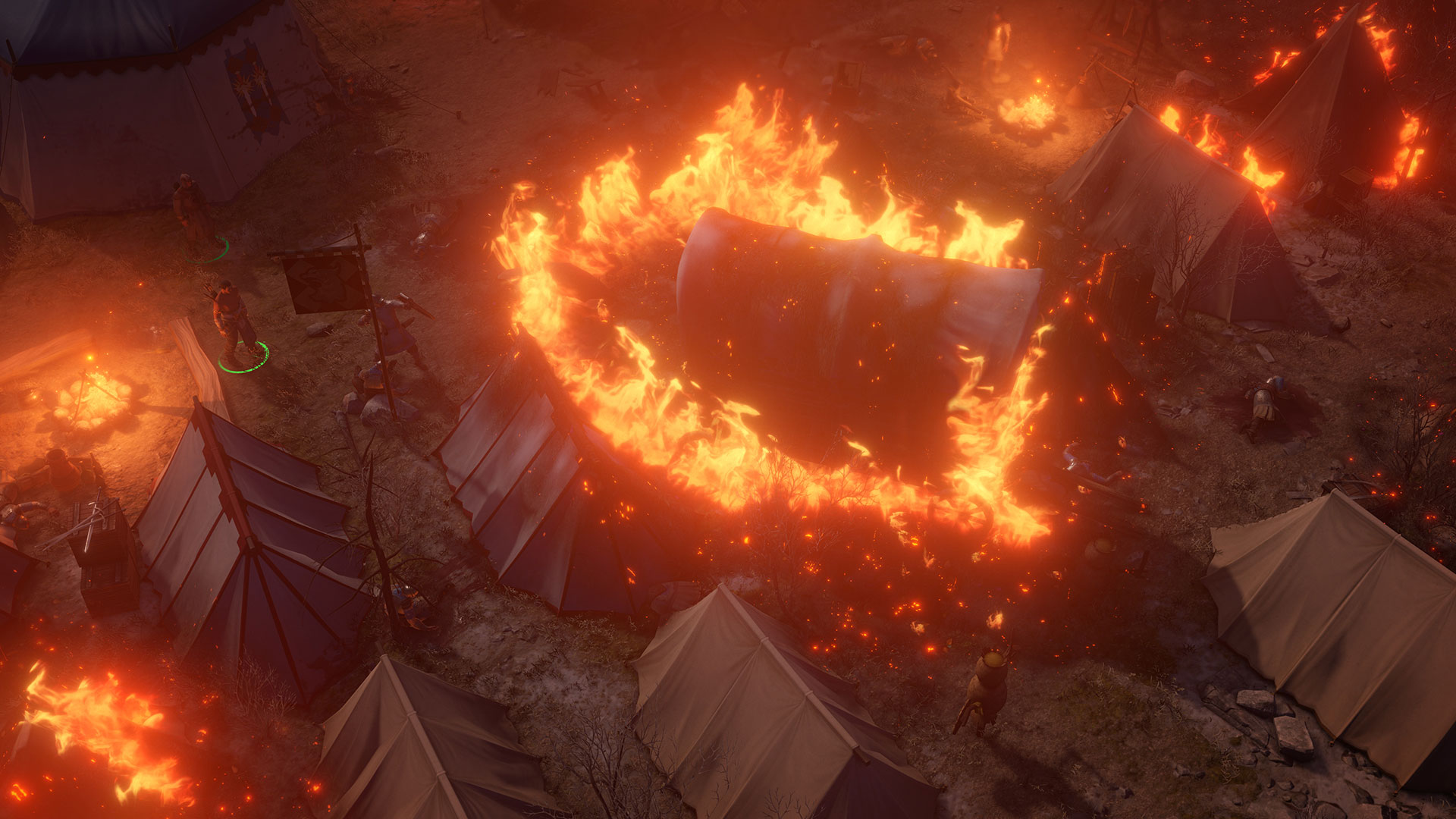 The attack on the fortress was more than just move and fight, with the combat being broken up by decisions such as freeing a potentially-untrustworthy prisoner just often enough to keep it interesting.  The entire scenario felt like an important step forward for the story, but even so was just a single hour of what’s projected to be a ten-hour chapter from the early part of the game.  Later on the Commander will also need to plan a proper war waged across the land, sending troops out strategically to keep the demons from gaining too much territory and win back what had been taken.  As the game progresses and the Commander keeps leveling up new decisions will come their way, such as what kind of hero to be.  Mythic paths see them rise above humanity to become Angel, Demon, Lich or a good number of other deific options, or they can remain human and choose yet another way to ascend to power.  Whatever path they may choose, it’s going to be in service to an epic story told almost as much by the player’s decisions as the scenario itself.