Beat ’em ups were popular during the ’80s and ’90s both in the arcade and on console. The Streets of Rage trilogy was one of the bigger names in the genre and a reason to own a Sega Genesis. Back in an era when couch co-op was the only way to enjoy multiplayer there was just something satisfying about teaming up with a friend and walking through a crime infested city, beating the snot out of endless hooligans. A year ago we got our first look at the series revival a quarter century after the last game and it was just enough to want to see more. Circling back a year later we see that Streets of Rage 4 has come a long way in its development.

The best thing about Streets of Rage 4 is for the most part it feels like a classic Streets of Rage title. The graphics have come a long way from their 16-bit pixel days and the control mechanics feel a bit more smooth and refined but aside from that this adheres to the classic side scrolling beat ’em up formula. Many franchises have tried messing with their formulas to stick to trends in game mechanics and advancing technology with less than ideal results, but the team behind Streets of Rage 4 respects what made these titles great and follow the if it ain’t broke don’t fix it mentality. 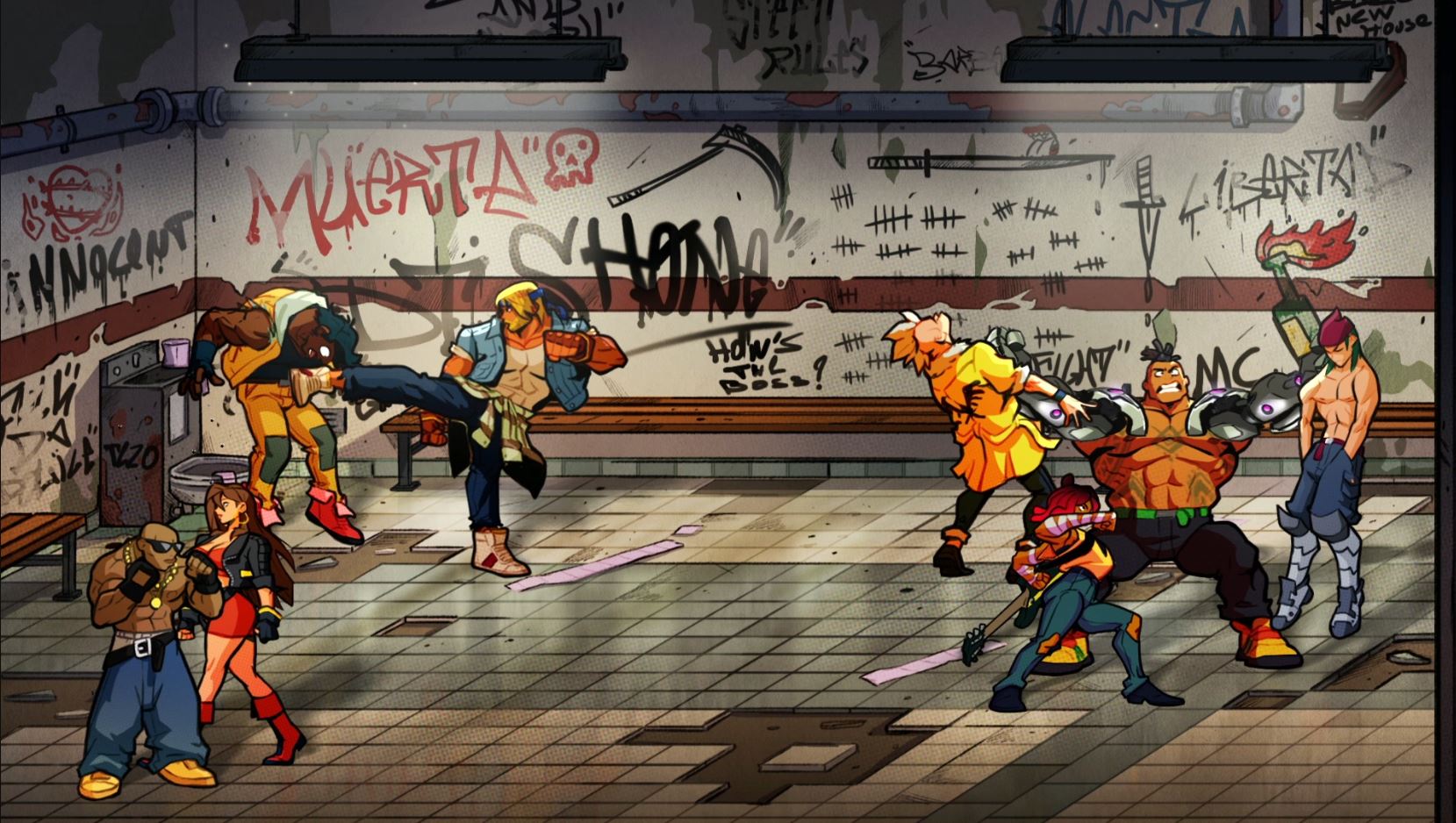 Set ten years after the events of Streets of Rage 3, this upcoming entry features Streets of Rage veterans Axel Stone, Blaze Fielding and Adam Hunter who are joined by two new characters, Cherry Hunter and Floyd Iraia. Like the classic trilogy, two player couch co-op is included which did make playing the demo a lot more enjoyable, and for the first time in Streets of Rage history there will be online co-op that supports up to four players. My testing companion noted that the music style sounded familiar and asked if it was the work of Streets of Rage composers Yuzo Koshiro and Motohiro Kawashima and it was confirmed they were brought on board for this, helping maintain an authentic Streets of Rage feeling.

At PAX we fought our way through three levels, having played all the characters between the two of us. The new characters were interesting. Floyd is a big beefy dude with cybernetic arms while Cherry is more lithe and carries a guitar that she treats like an ax. Cherry was the more enjoyable of the two newcomers, primarily because she moved a bit quicker and it was fun clobbering people with the guitar. All of the characters have their own special moves that can be a game changer in tight spots during boss battles. Each of the stages felt like it would have been at home in any of the classic titles but with the modern graphic design also doesn’t look out of place on current gen hardware. 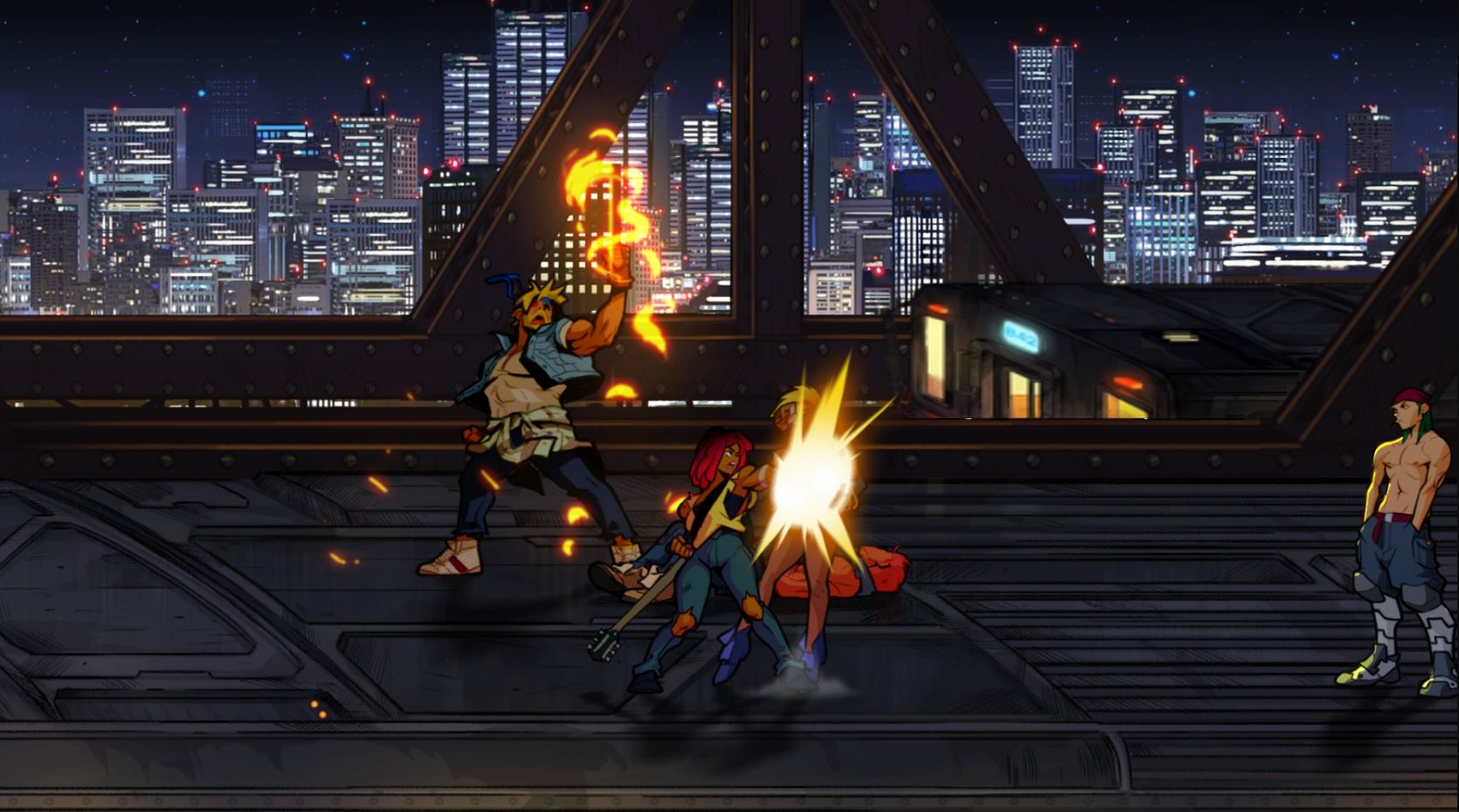 Streets of Rage 4 is scheduled for a release this year for PC, PlayStation 4, Switch and Xbox One. With the exception of the updated visuals, online play and some modernized gameplay mechanics this feels like an early ’90s beat ’em up, which is exactly what long time fans would want from a new title. From what we were able to play, Streets of Rage 4 may possibly have hit that sweet spot between nostalgia and modern gaming.